Oregon’s unprecedented run of outstanding vintages which began in 2014, has been extended yet again with 2018. In fact, you have to go all the way back to 2011 and 2007 to find years that were truly challenging, and both of those vintages actually produced a large number of outstanding wines. 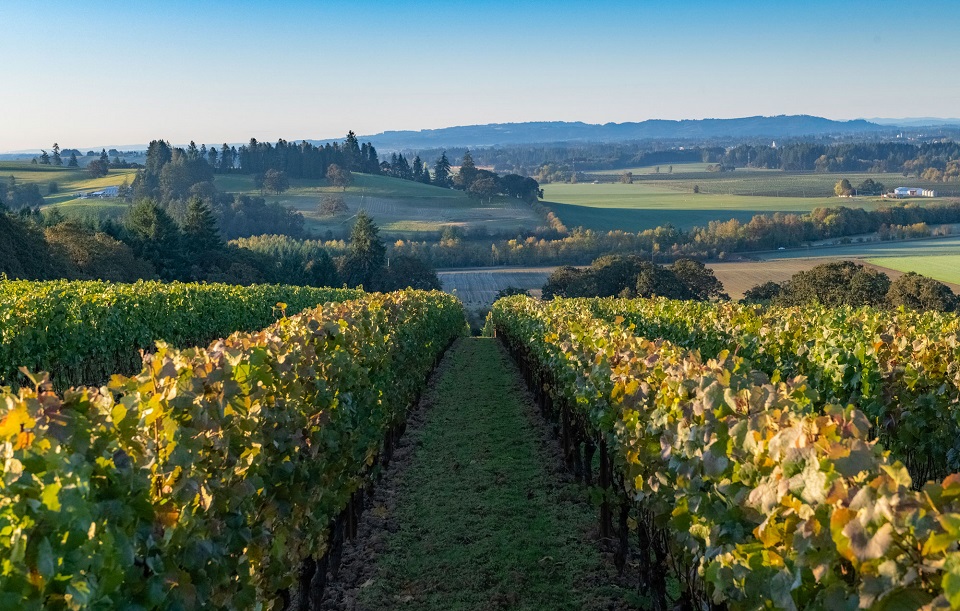 Brian and Jill O'Donnell's Belle Pente Vineyard, in Yamhill-Carlton, has produced some of the Willamette Vallley's most graceful Pinot Noirs since 1996.

In 2018, Oregon saw an abnormally dry, sunny and hot growing season, even by recent standards, and the wines show it. By and large, the 2018s tend to possesses deeper, darker fruit profiles than the 2017s. In a number of cases, alcohol levels are on the high side, but many of those wines have the freshness to buffer the heat, not to mention the balance and backbone to prevent them from coming off loose or markedly warm in character. Oregon Pinot drinkers whose taste runs to richness and power are going to flip over the 2018s, while I suspect that those whose preferences lean more towards brightness and red fruit will largely prefer the 2017s.

A cool spring kept budbreak on schedule, although some of the colder spots, especially those at high elevation, lagged a bit behind. Then came a stretch of basically zero rain in most of May, June, July and into August. The days were warm and often hot, but the evenings were much less so, which kept rising sugar levels in check and acidity levels sound. The weather took a welcome, cool turn in late August, followed by quenching rain at the beginning of September. Because of dry conditions mildew pressure was nonexistent, which ensured perfectly clean fruit and easy work in the vineyards aside from rigorous canopy management. The skins of the grapes were thicker than normal as well, which no doubt contributed to the wines’ power and often higher tannin levels. In most cases, harvest began in the second week of September and was pretty well wrapped up the first week of October. Alcohol levels in 2018 are on the somewhat low side – 12% to 14%, generally speaking – but the fruit profile of most of the wines I tried shows a deep, dark cast, suggesting cherry and dark berries, a different style compared to the more red-fruited and animated 2017s. Acidity levels aren’t crazy low, so there’s also a liveliness to the wines that doesn’t entirely reflect the hot year. It was the rare Pinot I encountered that had overt jammy, much less cooked or stewy fruit character or flabbiness. 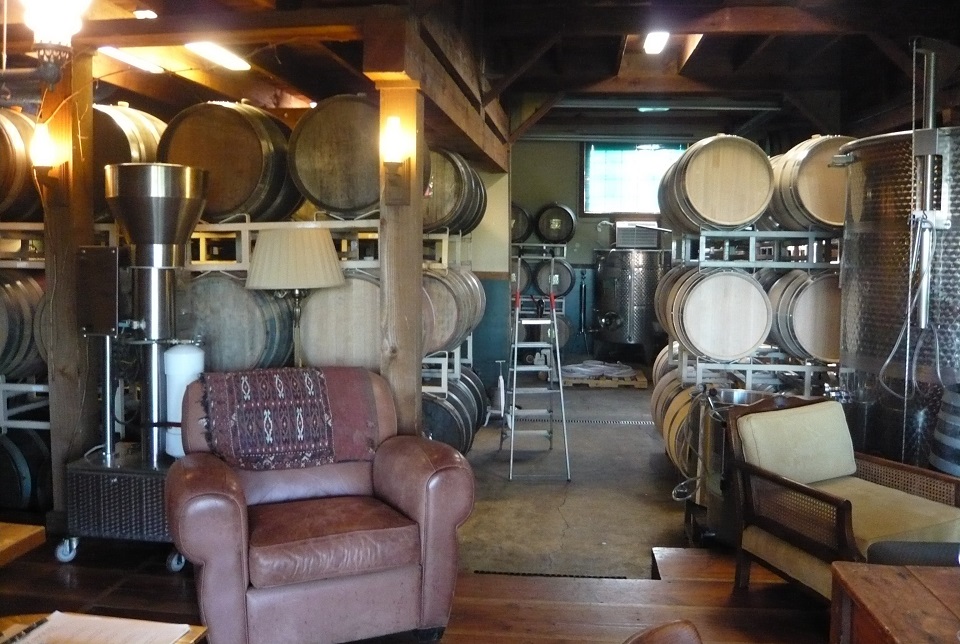 Two thousand-seventeen has shaped up to be a truly remarkable vintage for the sheer number of bright, more classically styled Pinot Noirs it produced. And that’s in spite of an August that was the hottest ever recorded here. The outstanding wines – and there are a staggering number of them –showcase lively but well-concentrated red fruit, floral and spice character, along with freshness and well-integrated tannins that make them, in most cases, highly enjoyable to drink already. The wines’ balance will allow them to age gracefully for some time. I suspect that many of my drinking windows could look overly conservative down the road. Even better news is that harvest was abundant and there’s plenty of wine to go around.

A rainy spring was followed by a normal budbreak. Moderate conditions prevailed through the end of June, helping to produce a large fruit set. The ongoing clement weather kept the fruit ripening at a favorable, even slightly slow pace, much to the delight of growers and winemakers. By the end of July, hopes were high that the grapes, which had seen no heat spikes, were set up to produce wines of distinct freshness, with good acidity and low alcohol levels. Stem and skin lignifications were very good and a number of producers were able to work with more whole clusters in their fermentations than usual. Then the weather turned hot – really hot – and stayed that way until the end of August, pushing sugar levels higher, although acidity levels stayed healthy. There was zero mildew pressure on the vines, which is always a concern when conditions are hot and damp. Cooler conditions extended through September, setting the stage for most producers to begin harvest at the very end of the month, bringing in plenty of ripe but fresh, clean and perfectly healthy fruit. 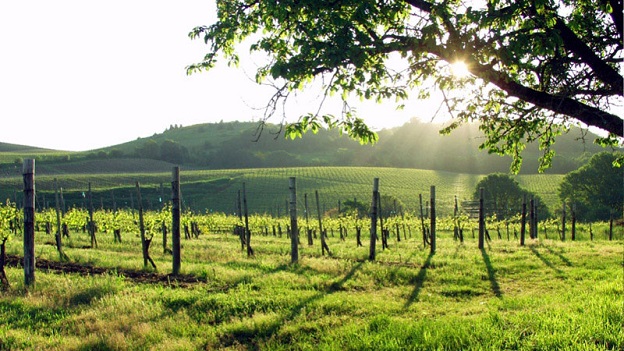 Established in 1977 by Ted and Terry Casteel, Bethel Heights Vineyard has long been a benchmark for complex, elegant Pinot Noir.

I continue to be highly impressed by the 2016s. I tasted a number of late releases from this deservedly lauded vintage during the spring and early summer. Low yields – off by around a third overall – gave depth and power, but the best wines display impressive energy and definition as well. They are also well-balanced, with tannins in check, strong fruit intensity and perfumed character. I have little doubt that these wines will reward patience, but their abundant fruit and well-managed structures will allow, in most cases, for lots of early-drinking pleasure. With the 2017s and many 2018s on the market right now, I’ve heard that many buyers have moved past the 2016s, which is in some ways understandable, as many wine buyers, especially collectors, tend to focus on the new, shiny thing. That presents a great opportunity for the savvy Pinot drinker to find numerous outstanding 2016s, perhaps even at prices that have been knocked down to pave the way for the 2017s, 2018s and, right around the corner, the potentially excellent 2019s. 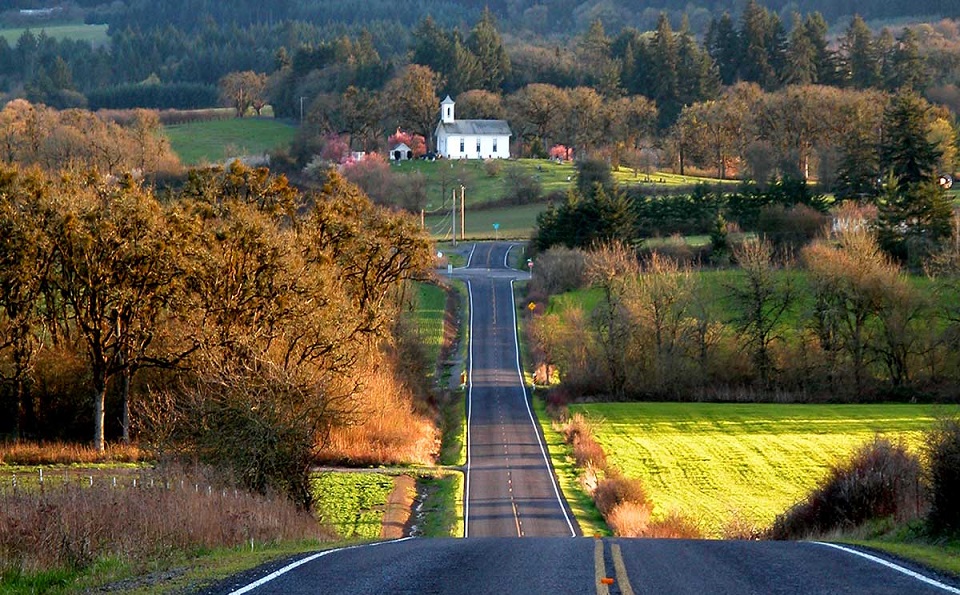 The scenic and tranquil Eola-Amity Hills AVA is home to some of Oregon's best vineyards and wineries.

The Market in Strange Times

Many if not most of the small Oregon wineries that I cover annually have, at best, spotty national distribution. That doesn’t mean they’re begging for customers, though, as the top producers have been building often fiercely loyal customer bases through mailing-list sales. Until this March they also enjoyed a robust market in local and Portland restaurants, many of which maintain, or did maintain, highly Oregon-centric wine lists. Things have obviously changed on that front. A number of producers I have spoken with recently shared that their overall business is off by up to 25%, even if retail sales locally have held steady or increased. So it’s likely that some tightly allocated bottlings from top-tier wineries will or have already found their way onto the market, which is great news for Oregon Pinot lovers who have long been shut out of those wines, many of which are made in as little as single-barrel quantities (around a 23-case production). 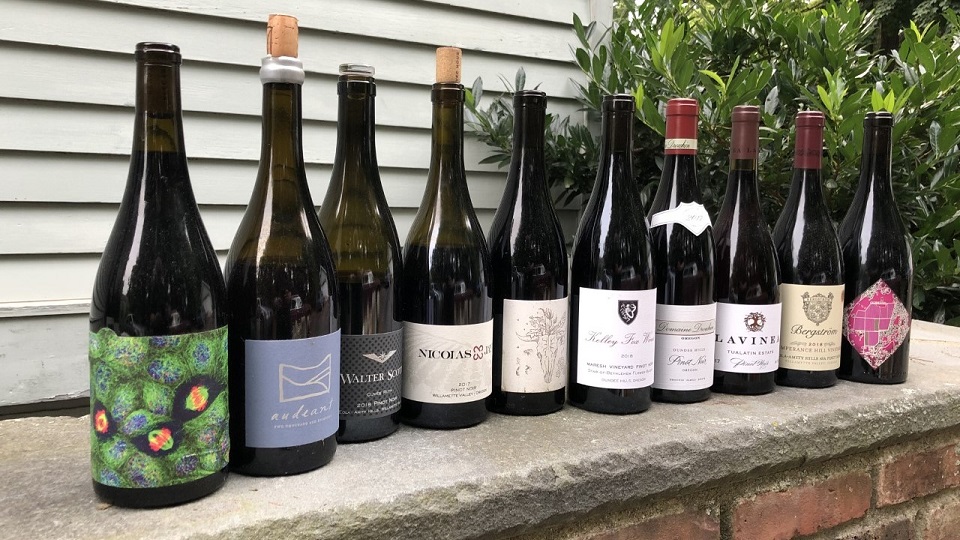 Some Prices Going Up But Most Are Holding Steady

There are more super-premium Pinots from Oregon now than ever before. The $100-per-bottle threshold was passed a few years ago. Today, a number of wineries are making wines at that price point and sometimes well above it. Production of such bottlings is almost universally tiny, as these are still uncharted waters. There are also a great number of $75+ wines and an ocean of $50+ examples being made now. Lots of them are worth the money and then some. But that distracts from the real excitement right now, which is in the under-$50 category and especially the $35-and-under segment. I tasted dozens of outstanding Pinots that can be found with relative ease at those price points and also an impressive number of wines from top wineries that shouldn’t be too hard to find for $25 to $30 at good wine shops. These are some of, if not the world’s best Pinot Noir values, in my view, especially considering that what’s on the market now almost all comes from the outstanding 2014, 2015, 2016, 2017 and 2018 vintages. In terms of quality, availability and price, there has simply never been a better time for Oregon Pinot fans, or for any aficionado of Pinot Noir, period.