One of the immutable, unwritten laws of wine writing has been that you must describe Chenin Blanc with one or more of the following terms: underappreciated, underrated or underdog. But the reality is that some of the most exciting white wines in the world are Chenin Blancs from Anjou and Touraine, in famed appellations such as Montlouis, Vouvray and Savennières, as well as from a wave of producers in Anjou who’ve shunned the traditional appellations and chosen to bottle their wines as Vin de France.

Chenin Blanc is often likened to Riesling, and it certainly shares that wine’s versatility, its zippy acidity, its expression of terroir and its ability to age. While Chenin Blancs on the Loire’s various schist, tuffeau or silex soils are all different, they generally have floral, herbal and honeyed characteristics with aromas and flavors of ripe apple and pear, beeswax, occasionally tropical fruit, and often a lanolin or wooly note. And just like German Riesling, an issue that has dogged Loire Chenin Blanc is its perceived sweetness and residual sugar.

That sweet perception is partly due its own historical success. The prestigious world-class sweet, often botrytized, wines of Bonnezeaux, Quarts-de-Chaume, Coteaux du Layon and Coteaux de l'Aubance have long had their following among enthusiasts and collectors. Chenin Blanc is also the basis for the success of Crémant de Loire sparkling wines, the quality of which varies widely. 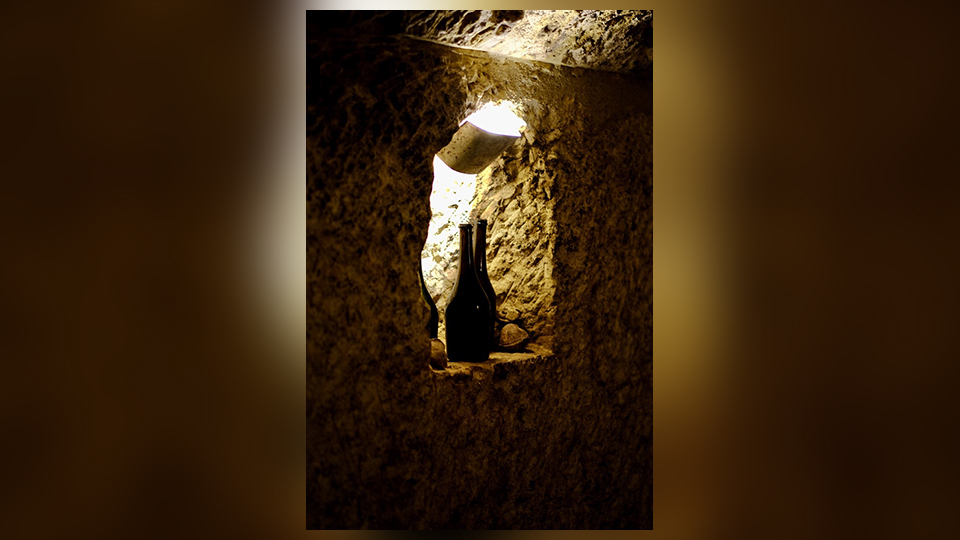 In the cave at Clos Nadine

But there is a relatively recent influx of dry Chenin Blanc, led by a movement of younger producers, particularly in Anjou, which some have begun calling “the capital of natural wine.” Despite the old guard’s eye rolls, there’s no denying the influence of natural winemaking in Loire, where so many top producers are now certified as organic or biodynamic. There’s also no denying the rising popularity of Loire Chenin among younger wine professionals.

Chenin Blanc is so much in demand that it’s being grown in parts of the Loire better known for Cabernet Franc. For instance, there’s been a resurgence of Chinon Blanc. As recently as the 1990s, only three producers in Chinon made white wine. “When I took over the estate in 2003, there were only 30 hectares of white in Chinon,” said Jérôme Billard of Domaine de la Noblaie. “Now there are more than 90 hectares.”

For this report, I tasted more than 200 Chenin Blanc wines from several dozen producers. The diversity of styles - still, sparkling, dry, off-dry, sweet - is incredible. Of course, we didn’t taste everything from everyone in such a vast region, but I hope this stands as an overview of what is happening right now. 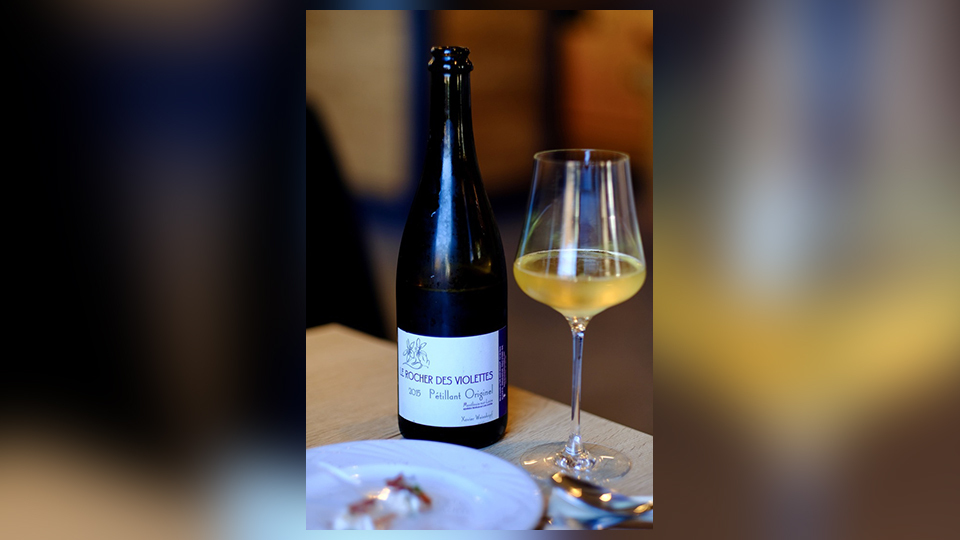 Certainly, the best-known appellation for Chenin Blanc is Vouvray, with 2,250 hectares of vineyards (the best on tuffeau limestone) spread over seven villages on the north bank of the Loire, just east of Tours. Perhaps nowhere is the issue of dry versus sweet as complex as it is in Vouvray. I tasted plenty of demi-sec and moelleux sweet wines, and even sec, the driest, can have up to 8 grams per liter of residual sugar. “Historically, Vouvray is a market for semi-sweet wines,” said Vincent Carême. “Vouvray is bigger and sometimes that’s hard to change. But Vouvray is getting more interesting and things are changing.”

Beyond sec and demi-sec, I also found delightfully off-dry tendre - once known as sec-tendre, or “tender dry” - that rides the line between dry and sweet with verve and balance that might be somewhat similar to, say, a German feinherb. Carême, who makes a very good tendre, was rather blunt about his reason for veering toward that style: “In France, a lot of people don’t like the demi-sec, and so the word is not good for sale. Tendre is more attractive.” 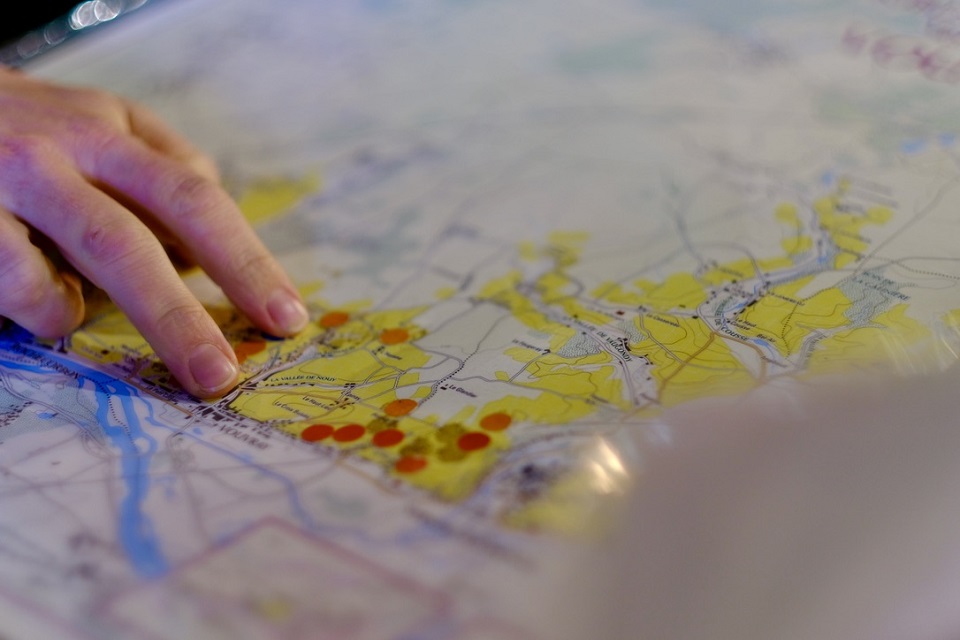 Map of vineyard sites in Vouvray

Still, in Vouvray, it’s not just a matter of style. Most of the producers I visited spoke about now-significant swings in ripeness from year to year. “Chenin Blanc is a very fragile variety, very dependent on climate, and so we cannot do exactly what we want with it,” said Julien Pinon of Domaine François et Julien Pinon. “The climate often makes us want to do sweeter wines. But consumers want drier wines. So we’re in the middle of a contradiction. We are trying to make a compromise.”

Benjamin Joliveau, winemaker at Domaine Huet, echoed this sentiment: “You cannot produce the same amount of each category every year. Some years the weather is not good to produce sweet wines. But that’s okay. You make good dry or sparkling, and you wait for the next vintage to produce different parts of the range.”

Joliveau explained to me, for instance, that in 2018 and 2019, the vintages were so ripe that Huet was unable to make very much dry wine. In 2019, only about 25% of their production was dry. In 2018, they could only produce one bottling of sec. In 2017, on the other hand, it was a very fresh vintage and they were able to make drier wines. This varies from estate to estate as well. Philippe Foreau, of Domaine Clos Naudin, told me that in 2019 they made all dry and sparkling, while in 2018 the production was almost entirely sweet. 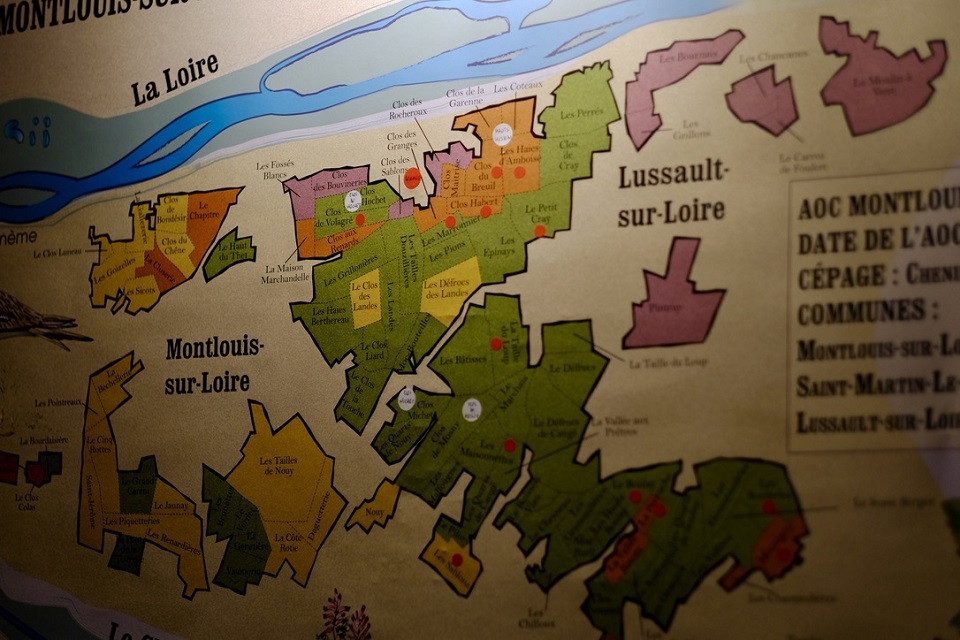 Meanwhile, across the river in Montlouis, another reality - and a heated rivalry - has emerged. Nearly half of Montlouis’ 400 hectares are organically farmed, as compared to only five percent of Vouvray’s 2,250.

“Our vision of the appellation is very Burgundian,” said Jacky Blot of Domaine de la Taille aux Loups. “Fifteen years ago, people wanted more ripeness. Because of climate change, ripe is easy now.” Blot is more than willing to throw shade at Vouvray. “In Montlouis, a dry wine is truly dry,” he says. “Dry is dry. Dry is not 7 to 8 grams of residual sugar.”

The fierce Montlouis–Vouvray rivalry began about a decade ago, when new appellation rules decreed that anyone making Vouvray wine had to vinify it within the appellation’s eight-village boundaries. Montlouis was omitted - even though two of the region’s finest producers, Blot and François Chidaine, owned land in Vouvray. They would now have to bottle wine from their Vouvray vineyards as Vin de France. That move set off a serious take-no-prisoners feud. “We joke that when we cross the river to Vouvray, we should wear a bulletproof vest,” Blot said.

In retrospect, it seemed to be a petty and unwise move for Vouvray. Blot and Chidaine are widely seen as legendary, pioneering winemakers with fervent international followings. Montlouis - and not Vouvray - has become the appellation coveted by the younger generation of Chenin fans. Montlouis even capitalized on the popularity of pet-nat by creating an appellation for its Montlouis Pétillant Originel. While there are certainly great new-generation producers (such as Pinon, Carême, Florent Cosme and others) in Vouvray, it’s Montlouis that’s currently got the momentum. 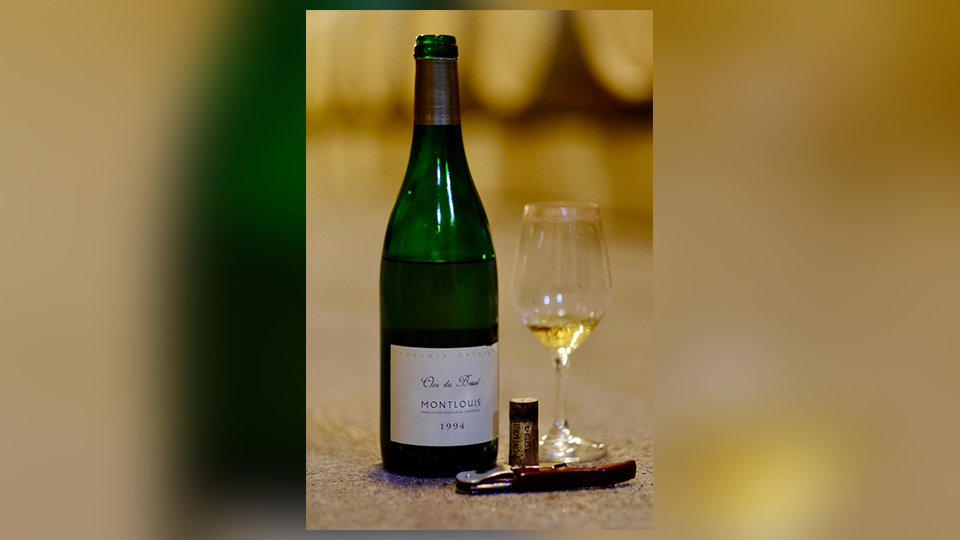 In the cellar at François Chidaine in Montlouis

While the new wave of natural producers in Anjou – such as Thomas Batardiere, Deboutbertin, Thibaud Boudignon and Domaine des Sablonnettes – gets a lot of attention from sommeliers and the press, traditional appellations such as Savennières have also been evolving. As elsewhere in Anjou, Savennières has been reinvigorated over the past decade by younger producers such as Eric Morgat, Damian Laureau and Tessa Laroche at Domaine aux Moines.

But Savennières has been the benchmark for dry Chenin Blanc for many decades, based on wines from luminary estates such as Domaine du Closel and Nicolas Joly’s Coulée de Serrant (itself a monopole appellation first planted in 1113 by Cistercian monks) and its other famed vineyards, Clos du Papillon and Roche Aux Moines (also an AOC). Savennières was certainly my first exposure to the pleasures and complexities of what the grape could be. In years past, those wines were often referred to as “challenging” or “demanding” or “cerebral.” 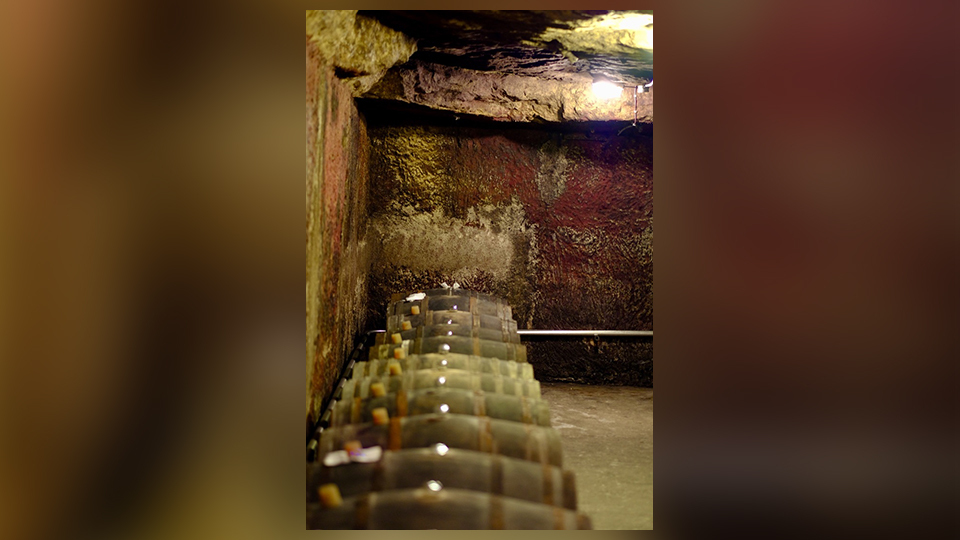 The cave at Domaine Huet in Vouvray

“The Savennières from before were often very closed and tough,” said Evelyne de Pontbriand of Domaine du Closel. “When I arrived here 20 years ago, people were always saying Savennières was a great wine, but you couldn’t drink it.” Pontbriand says they’ve moved toward harvesting in September and not October to avoid botrytis, and using less sulfites. “The profile of the wines has changed dramatically,” she said.

Still, Savennières has faced some extreme climate challenges. For every 2018 (“an easy vintage,” said Nicolas Joly), there’s a 2017 where destructive frosts devastate vineyards. “In 2017, I lost almost all of my vines in one night,” Pontbriand said, adding that Domaine du Closel made only 1,700 bottles of Savennières in 2017. Also, with riper vintages, the alcohol level of the wines has pushed up above 14% abv and toward 15% in some cases. Many modern Savennières are big, almost hedonistic wines. “Some people think Savennières should be austere,” said Nicolas Joly, “but I disagree.”

In the end, the emergence and diversity of Loire Chenin Blanc is one of the most exciting stories in the world of wine. Just as with the Cabernet Franc in our first Loire report, there is amazing value to be found, with plenty of top wines selling for under $40, and many under $25. I’m bullish on so many of these wines. Even if you’re unfamiliar with Chenin Blanc wines - or it’s simply been a while since you’ve tasted them - I urge you to give them a try.