Whatever you do, don’t mention Sauvignon Blanc in Sancerre. The grape responsible for its entire production of white wine; the variety behind this hilltop town’s global success and the region’s prosperity. After all, what has Sauvignon Blanc ever done for them? The aromatic grape variety seems to be the dirty secret of Sancerre – it’s a necessary evil but no one wants to talk about it, and absolutely no one wants their wine to taste of the variety. You have to feel sorry for Sauvignon – it is the vehicle that is transporting the region – and few give it the respect it is due. Demand outstrips supply, and the rest of the Loire Valley can only look on in envy at Sancerre’s export success and the luxury cars that come with that. 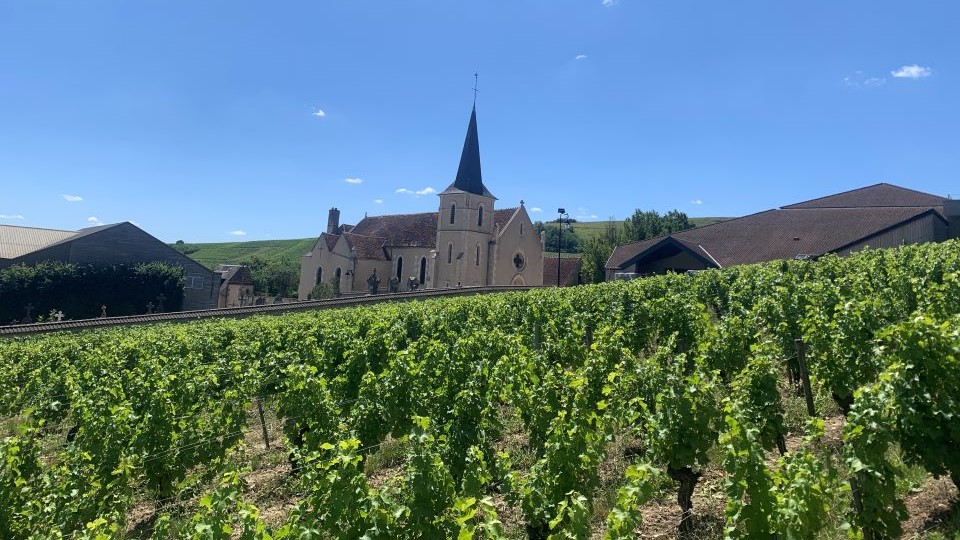 The village of Chavignol is famous not only for its goat cheese but two of the appellation’s most esteemed lieux-dits, Les Monts Damnés and Les Culs de Beaujeu.

What local wine growers really want to discuss is their many parcels and soil types. Or rugby. The local team is filled with winemakers, which is visible in the high density of cauliflower ears and thick necks in the cellars. The wine producers of the Côte d’Or wish to be seen as the birthplace of terroir and the original home of the climat – vineyards that have proven themselves to have a distinct microclimate over centuries – but it seems that Sancerre, a small hilltop town 130 miles to the west of Beaune, beat them to it by around 200 years. In Les Terroirs Sancerrois, an extensively researched book on the history, geology and culture of the appellation, written by Thibaut Boulay, an associate professor at the François Rabelais University in Tours and son of famed Chavignol wine producer Gérard Boulay, the facts are laid out: specific vineyard parcels including the famed Monts Damnés and Clos de Beaujeu were differentiated and recorded as early as the 14th century, but the Burgundians’ first mention of a climat was in 1584.

While the Burgundians pushed on with the slicing and dicing of the Côte d’Or’s vineyards and implementing a cru system, the Sancerrois never quite managed to formalize a similar classification. Nevertheless, in the past 25 years, Sancerre drinkers will have noticed wine labels becoming increasingly detailed. The use of vineyard names has proliferated, particularly those of lieux-dits. In her Master of Wine research paper “Sancerre’s single vineyard wines versus formal cru classification systems: An investigation of Les Monts Damnés, Les Culs de Beaujeu, and Chêne Marchand”, Catherine Petrie highlights that you could count the number of producers using these lieux-dits on their labels on two hands in the early 1990s, but you’d probably need a full soccer squad to record the number of wines mentioning vineyard names today. With more than 400 individual sites across the appellation, the scope is endless. 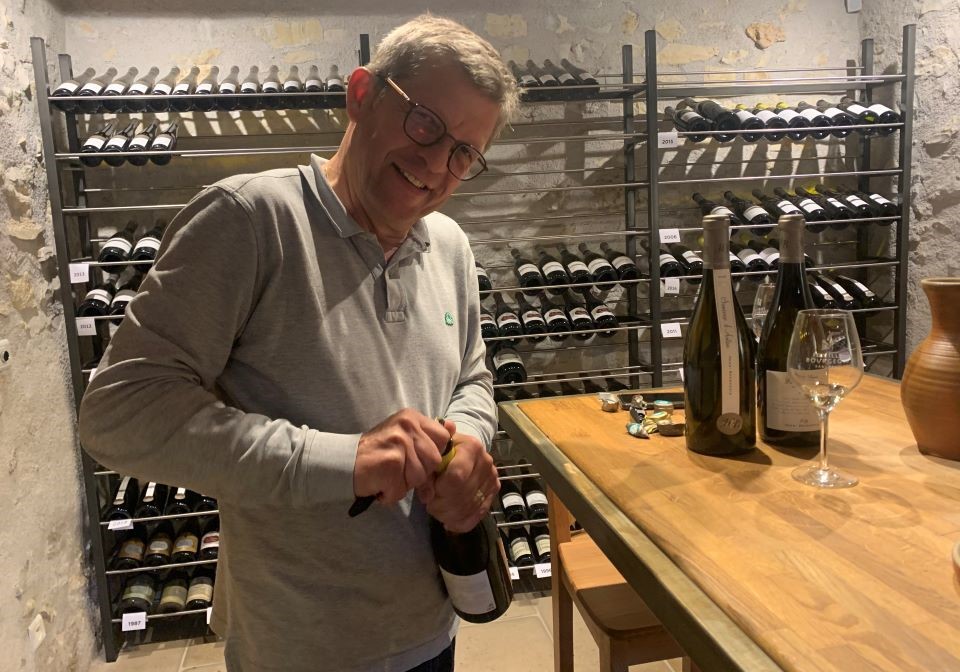 In 2021, there will be fewer cuvees due to low yields, says the general manager of Famille Bourgeois, Arnaud Bourgeois.

The Price of Place

It's not surprising that producers want to champion their top vineyards based on history and the financial rewards: Petrie’s research showed the economic benefits of selling single vineyard wines from Sancerre. Compared with a domaine’s blended Sancerre Blanc – the mainstay of a Sancerre producer’s portfolio – wines from the three single vineyards she studied fetched a premium of anywhere between 59% and 95%; although, typically these top vineyards are cropped lower, and those gains needed to be considered against smaller volumes. What’s more, the named single vineyards tend to require more expense: increased labour including hand harvesting, maturation in barrel and time on lees compared with the majority of Sancerre Blancs, which are typically machine harvested and fermented in stainless steel.

And it’s not just vineyard names or the names of sons, daughters or a favorite great aunt, which are filling any free space on the labels; an increasing number of producers are labelling their wine by soil type. You have to go back to 1958, the year that NASA and Barbie were created, to find the first ‘soil’ wine by Marcel Gitton. The French word for flint, ‘Silex’, was later adopted by Didier Dagueneau as a cuvée name, and it has spawned a profusion of other silex wines, as well as caillottes and terre blanches bottlings, which are both variations on a theme of limestone. The caillottes are typically pebble-covered soils making early drinking, aromatic wines while the terre blanches, also referred to as Kimmeridgian marls, are found in the western part of the appellation, particularly around Chavignol, the village that is home to Les Monts Damnés. This latter makes longer-lived, more structured wines. 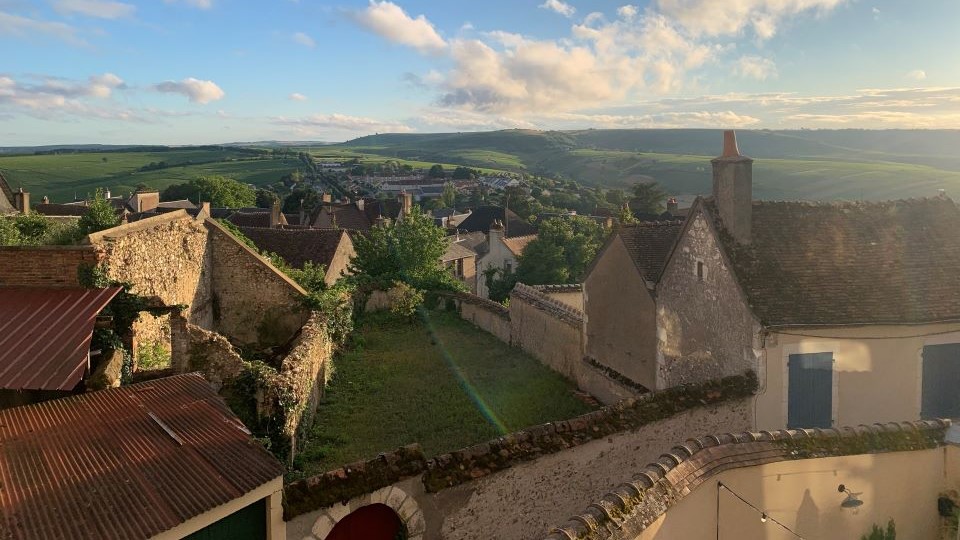 Is the medieval hilltop town of Sancerre the birthplace of climats?

A Step Too Far?

While Burgundy aficionados might drool over the climats of Burgundy, I wonder if Sancerre has the same level of involved drinkers that will find these differentiations useful or sufficiently distinctive in terms of the final style to warrant such a range. I’m not convinced a Sancerre domaine really needs as many as a dozen different white cuvées. Neither is Gilles Crochet, who has been at the helm of Lucien Crochet for close to 40 years and makes a sensible three white Sancerre. “The aim is to show the terroir not the aroma of Sauvignon Blanc – anyone can do that – New Zealand, Chile, Bordeaux…I want to show the limestone soil, but I don’t want to make so many cuvées to the point people cannot understand.”

Another drawback – not only for producers but importers – is that a proliferation of single bottlings reduces the volume available for the main bread and butter cuvée. What’s more, without an in-depth knowledge of Sancerre’s best sites, which only a few possess, it is difficult to ascertain whether the cuvée name is a brand or a high-quality vineyard. In the absence of a hierarchy, informing consumers of the quality of the vineyard on the label, it does assume the world is as interested in the vineyards of Sancerre as the locals. But a hierarchy is not on the cards despite the topic rearing its head now and again – it is fraught with complexity and is potentially divisive and damaging, as the producers of Saint-Émilion know only too well. What’s more, would a cru system devalue the classic Sancerre Blanc, which is generally a combination of sites and soils? Single vineyards are not necessarily superior wines to blends, as the producers of Bordeaux and Penfolds Grange know well. The clarity of a single vineyard wine might be your personal preference, but the expression of that site depends on the hand of the winemaker too so there are many variables. 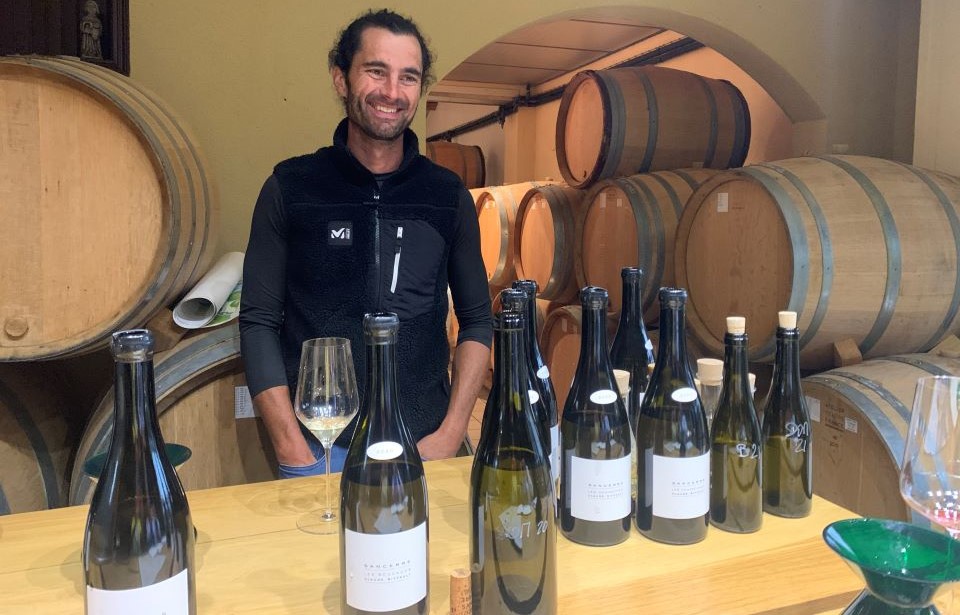 Stéphane Riffault joined his father Claude at the family domaine in 2001, taking over in 2015, and its wines are now some of Sancerre’s finest.

These variables have been temporarily reduced following the paltry 2021 vintage. Cellars are currently more like museums to wine – places where wine once filled the tanks and barrels. Crop losses of 65 to 70% were common and the empty wineries are testament to it. As early as the start of July, growers were already licking their wounds and describing 2021 as “catastrophic”, “hellish” or “a disaster” due to the triple whammy of frost, hail and fungal disease. At the end of March, an unseasonably warm spell saw temperatures reach the mid 20s, making it seem more like the middle of June. Unsurprisingly, buds burst but the majority of this new life was unlikely to survive the season. Over the course of four weeks, three frosts hit the area’s vineyards: a mass of cold air descended between 4 and 8 April bringing frost as well as snow. Comparisons were drawn with the devastating deep freeze of 1991. The frost danger continued as late as May before giving way to regular rains and cool weather that brought huge fungal disease pressure and required regular sprays, but they were not always enough to prevent further losses.

Summer failed to arrive in 2021 and the wines reflect that in their light bodied, racy profile with alcohols falling back to the 12.5-13% range – a marked contrast with the 2018, 2019 and 2020 vintages. Consistently low temperatures meant that total acids were well up on the previous vintages with comparisons made to 2014, according to the surveys and technical analysis undertaken by the region’s wine analysis service, SICAVAC in its annual vintage report. There are some startling acidity levels that could easily induce a case of heartburn, but there are also producers that have managed to calm its enthusiasm making crisp yet balanced wines. This is a year that required a bit more work in the winery as well as the vineyard; without the natural richness of the previous vintages and a classic, cooler profile, texture and mouthfeel were lacking. While many of producers leave their wines on lees, dependent on the year, 2021 was a rare vintage where bâtonnage was employed by some producers including Jean-Laurent Vacheron of Domaine Vacheron: “We worked the lees for the first time since we started making single vineyard wines [1997] because of the lack of mid-palate in Paradis and a few other blocks.” Others are being forced to leave their wines on lees for longer due to a global shortage of glass bottles: cult Chavignol grower François Cotat had not yet bottled his 2021 wines in early July 2022 as he couldn’t get enough bottles despite losing up to 70 percent of his production.

When it came to aromatics, the cool temperatures and rain meant that the green, pyrazine-derived characteristics of less-ripe Sauvignon hung around and growers had to weigh up whether to pick or wait and risk the grapes rotting under the 150mm of rain that fell in Sancerre in September alone. Expect to see citrus, elderflower, gooseberry and cat pee back in your tasting vocabulary after several vintages when ripe tropical fruit, peach and pear were more useful descriptors. That is, if you can get your hands on any. 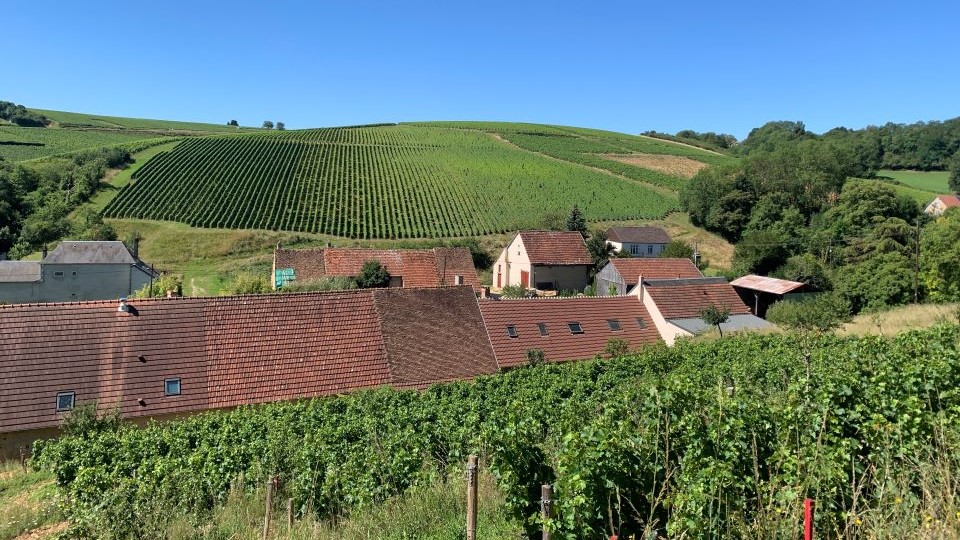 Stéphanie and Jean-Philippe Agisson are among the producers putting the lesser-known Sancerre village, Sury-en-Vaux, on the map.

There are fewer single vineyard wines in 2021, which has made – and will continue to make – my tasting sessions a little shorter than usual, which will please my dentist. Many producers are being forced to blend parcels together to make viable volumes of wine. For example, Henri Bourgeois will not make Le Cotelin nor Jadis bottling in 2021 – what fruit there was will go into the Grande Réserve while the usual Côte aux Valets wine has been included in Les Baronnes. A lesser number are pushing on with their single vineyard bottlings despite tiny volumes – for example Stéphane Riffault lost around 70% of his crop due to frost but plans to bottle all cuvées separately including his two new Monoparcelles, one of which yielded just 600 liters of wine in 2021.

Whether anyone but the nerdiest of Sancerre drinkers will even notice that the number of cuvées has fallen in 2021 remains to be seen. What is certain is that there will not be enough 2021 Sancerre to go around.

The majority of the wines tasted in the report were reviewed on a trip to Sancerre and Pouillly Fumé in late June/early July 2022. Producers were also given the opportunity to send samples to my home in England, which a number did via their UK importer. However, sending samples post-Brexit direct from the cellar remains a barrier for some smaller producers.

Loire Cabernet Franc: Who Do You Think You Are?, Rebecca Gibb MW, August 2022