New Releases from Chile: The Tail Wags the Dog

After years of percolating beneath the surface of an ocean of corporate, albeit frequently well-made wines, Chile’s small-scale winemakers are slowly but steadily rising to the consciousness of wine lovers. My recent tastings of a wide swath of Chile’s wines revealed more top-notch, artisanally produced bottlings than ever before, most of them from small independent wineries that are members of MOVI (Movimiento de Viñateros Independientes), whose first wines began showing up in export markets in 2010. And not to be outdone, the big boys are now crafting a growing number of more distinctive limited-production bottlings, often based on historically obscure (for Chile) but intriguing varieties like Carignan, Cinsault, Cabernet Franc and Petit Verdot—and even País, a.k.a. Mission, the oldest variety planted in the country. 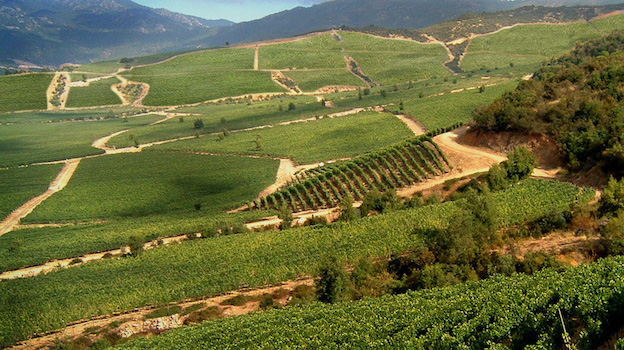 Given the large, even massive scale of most of Chile’s wine production and the market dominance of its biggest players, small wineries have always had a very tough time reaching an audience, inside or outside their home country. The same issue, by the way, has plagued artisanal wineries in Australia, but more and more of these little guys have recently begun to find wide export audiences for their wines, and this has been to the benefit of the entire country’s wine industry. But Chile’s smaller wineries are still at least a few years behind Australia’s when it comes to receiving the recognition that they deserve, a situation that I attribute to the rigid focus on the bottom line practiced by the very large firms that make and import Chilean wines. Importers in particular rarely pay much attention to promoting wines unless they’re cheap and made in huge quantities, and this is an issue for most wine-producing areas, not just Chile. Indeed, the phrase “artisanal Chilean wine” probably strikes most industry folks and consumers as oxymoronic, such is the market dominance of mass-produced, low price-point, often anonymous bottlings.

Big Does Not Have to Mean Boring

That’s not to say that Chile’s large producers haven’t also gotten more creative. Many of them have been making high-quality, limited-production bottlings for a while, but these wines are usually hard to find in the marketplace, making them somewhat mythical beasts. Many of these releases are essentially “winery within a winery” projects, and those who have had the chance to try them will vouch that they are often of very high quality. This should not be surprising as most winemakers at Chile’s largest wineries are highly educated and well-traveled, not to mention the fact that they typically have enormous resources at their fingertips, from well-tended, well-situated vineyards to state-of-the-art winemaking facilities and equipment. Their small-lot wines are often testaments to the fact that big doesn’t have to mean generic, much less bad. Whether or not their corporate bosses are willing to step outside the mass-market box is another matter, of course, but, based on the increasing number of characterful wines from big houses that I’ve tasted from recent vintages, I am optimistic. 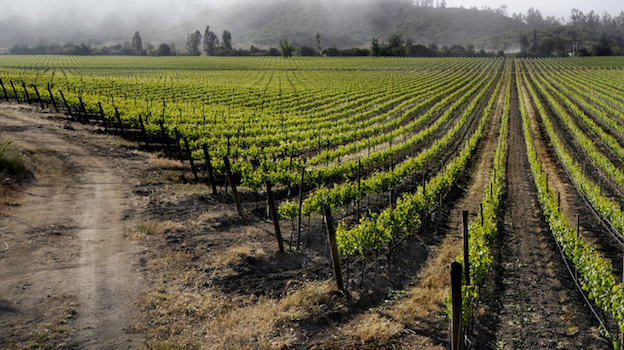 Since Chile’s wine-growing regions extend almost 1,000 miles from north to south, accurate vintage generalizations for the country’s far-flung wine-growing zones, almost all of which are influenced by the cooling influence of either the Pacific Ocean or the Andes Mountains, can seem a bit of a stretch. But the vast majority of Chile’s best wines emanate from growing regions not far from the capital, Santiago, especially the prestigious Maule, Maipo, Casablanca and Rapel Valley DOs and their increasingly well-regarded subzones. With few exceptions, weather in the country’s northern and southern growing regions mostly tracks that of central Chile, so painting with a broad brush isn’t entirely foolish.

The 2015 vintage in Chile was marked by warm, dry weather through the growing season and into the harvest, resulting in white wines with good weight and moderate acidity, mostly for drinking on the young side. My early experience with red wines from ’15 suggests that the wines possess good richness but, thanks to moderate temperatures, there’s good acidity to back up the ripe fruit.

Two thousand fourteen witnessed similar conditions, except that frosts in early spring caused problems at budbreak and yields were off by up to one-third across the country. The upside is that the wines show good freshness as well as concentration, with the whites looking especially classic. The best reds display vibrancy as well as power, and the depth to reward cellaring.

Cool conditions marked the 2013 growing season and the wines show it. As Grant Phelps of Casas del Bosque in the Casablanca Valley told me, “the sun basically didn’t want to come out.” Harvest began as much as a month later than normal as growers waited in the hope that their fruit would reach optimal maturity, but in the end many grapes were picked with high acidity and less-than-complete ripeness. Fans of racy whites and taut reds will have some happy hunting but these are mostly wines to approach with caution. So use my notes to avoid disappointment.

I tasted the wines in this article in New York over the last six months and will issue a second installment of notes this spring.