The commoditization of Argentine Malbec, especially those from Mendoza, continues apace, as this category has become a hugely successful brand in the international wine market. While cut-throat competition and downward pressure on pricing pose a serious challenge to quality-conscious producers trying to make distinctive wines from reasonable crop levels in favored vineyard sites, these same factors are a boon to lovers of rich red wines.

Better yet, the cool, extended 2013 growing season produced unusually vibrant and refined wines in the semi-desert Mendoza region, which accounts for the lion’s share of Argentina’s finest red wines. So if you’ve been avoiding Argentine wines because you’re a long-term Euro drinker who associates blinding desert sunshine with dehydrated grape skins, cooked fruit aromas, high alcohol, low acidity and rustic tannins, now is the perfect moment to catch up on this amazingly rich category of wine. 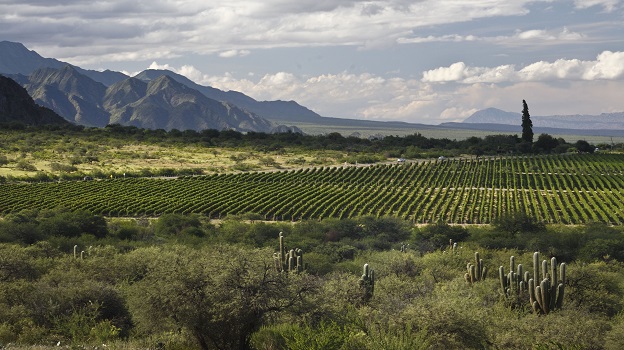 Argentina is a Massive Wine Producer.

Argentina remains #4 in U.S. wine imports behind France, Italy and Australia. Much of this is bulk wine (mostly Malbec) purchased by giant U.S. wineries at dirt-cheap prices. Some of this juice goes into low-end labels but large quantities are also blended with California wine.

Our overall imports of bottled wines from Argentina were down slightly in 2014 (6% in total cases, 7% in dollar value). At the level of the wines that Vinous readers are more likely to purchase and enjoy, exports to the U.S. from the top ten Argentine producers (companies like Catena, Trapiche, Norton and Zuccardi) were essentially flat but these large players continued to increase their market share, to more than 50% in 2014. Meanwhile, the top ten U.S. distributors continue to augment their share of all wine sales in the U.S. The result of these factors has been ever-stiffer competition for producers at virtually every price point and growing market pressure on boutique wineries in Argentina, whose margins are also now under attack by the country’s galloping inflation.

This perfect storm of market forces has had a silver lining for American consumers: lots of satisfying rich wines at affordable prices. In the $15 to $20 range, it’s hard to beat Argentina for wine value, and that includes the delightfully fresh, aromatic wines made from the country’s signature white variety Torrontés.

But it’s the Wild West out there: as with other wine-producing areas relatively new to the international wine scene, paying more for a bottle of Argentine wine does not necessarily get you a better drink. Sometimes the higher-priced wines are simply from riper fruit (often harvested too late and overripe). Or they’re gritty and overextracted. Too many so-called “Reserve” bottlings are buried under a shroud of new oak—and not always high-quality oak—or kept too long in the barrel or cellar before being released.

At the top levels, though, Argentina is making a larger number of world-class wines than ever before. In recent years, its producers have become more sophisticated at matching the right varieties to the right sites—i.e., those with favored soils, altitude and sun exposure. Most of Mendoza’s finest vineyards are planted at high altitude (generally between 3,000 and 5,000 feet), which partly mitigates the effect of the desert heat. Some producers are increasingly introducing new grapes (such as Cabernet Franc and Petit Verdot) into their blends in order to more accurately and completely present their distinctive _terroirs_. Others are taking a somewhat different approach to making better-balanced and more complex wines: by creating blends from a single variety from vineyards planted at different altitudes, even over a fairly large area. 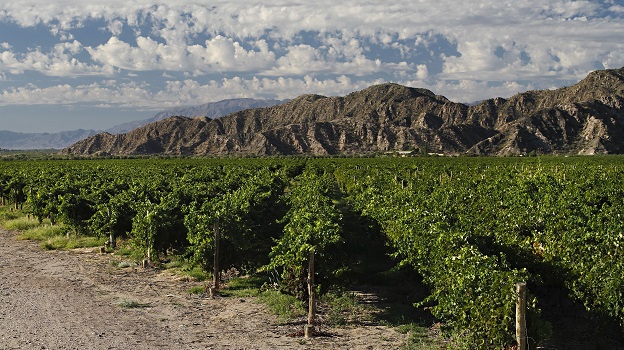 As long-time readers of the International Wine Cellar know, I have a strong preference for cooler, longer growing seasons in hot, dry regions – especially when the grapes can be harvested late before autumn rains arrive. Long, steady ripening without extreme heat allows for fuller flavor development, retention of fresher and more complex aromas, density of texture without heaviness, healthier levels of natural acidity, and finer-grained tannins—in short, more refined wines. This was a characteristic, for example, of the splendid 2010 vintage in Washington State, another arid wine-growing region featuring hot days and cool nights during the summer. Two thousand thirteen in Argentina is in a similar vein, although, to be fair, Argentina hasn’t had a really warm year since 2009.

If some 2013s sacrifice a bit of power in favor of finesse, that’s not a great loss, as Mendoza’s red wines from Malbec and Cabernet generally have muscle to spare. The 2013 growing season brought a sizable crop of healthy grapes, with production generally larger than that of the previous three vintages. Following a successful flowering and fruit set, the weather was mostly warm from December through January. But February and especially March turned cooler, with chilly nights; and cool but dry autumn conditions ensured slow, even ripening without dehydration of the fruit. The harvest took place about two weeks later than average. The result has been fresh, often floral wines with sound acidity, vibrant fruit, medium body, considerable aromatic complexity, and good aging potential. With naturally high acidity and low pH levels and moderate grape sugars, the wines show lovely delineation and balance and should age gracefully. They are as likely to seduce as to overwhelm—and how often can that be said about Argentina’s biggest reds?

Colors are healthy and tannins are ripe in 2013. The Cabernets ripened well and the Malbecs are fruity and floral—and perhaps less meaty than the 2012s. The wines are typically a bit lower in alcohol than the 2012s. But there was plenty of fruit, so control of yields was critical to avoid dilution. The second half of the growing season was a bit more humid in Patagonia, and according to some reports these wines are often less concentrated.

The warmer 2012 growing season followed a winter with relatively little snow, so vines in many locations began with water stress. There was widespread frost in late September, but the late-budding Cabernet Sauvignon was less affected. The hot, dry Zonda wind in early November cut potential yields in Mendoza and San Juan, except for the Cabernet, which had not yet flowered. The summer was then quite warm, but conditions turned cloudy and cool in March and what had begun as a hot year finished as a cool one. Yields were small and the wines can be very concentrated, even inky, with Malbec in particular intensified by reduced crop levels. The fruit benefited from good hang time on the vines, but the wines do not generally have the acidity of cooler years like 2013 or 2010. Two thousand twelve was a more challenging vintage for parts of the Salta region owing to atypical summer rains.

Two thousand eleven saw serious frost damage on November 9, especially severe at lower altitudes. The flowering was prolonged, setting the stage for uneven ripening of the grapes. Cooler-than-normal weather in January and February slowed the ripening process. March and April were reasonably dry and warm, and the wines generally have healthy pHs and good ripeness. It was another late harvest, and the Cabernets are generally deeply colored and aromatically complex.

Incidentally, according to most reports 2014 was the coldest vintage in Mendoza in years. It was a very irregular year with harvest-time rains, and even some issues with botrytis. The challenge was to pick precisely and get the fruit adequately ripe. 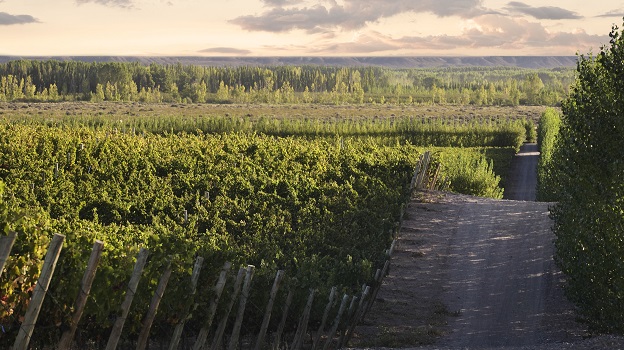 I have recapped in the following paragraphs some of my comments on Argentine wine labels from my coverage in the International Wine Cellar a year ago. Unfortunately, Argentine wine labels often raise more questions than they answer, and they’re apt to confound consumers in export markets. Some producers, for example, use more specific appellations like Luján de Cuyo in Mendoza or Cafayate Valley in Salta on front labels, while others note these place names only in small print on the back. The names of the wines themselves frequently change slightly from vintage to vintage. Words like Reserve and Reserva are of course interchangeable, but in addition to such minor differences, the labels on many samples I received from Argentina are not exactly the way they will appear on bottles shipped to U.S. importers.

The trend toward focusing on specific, favored microclimates and tightly defined _terroirs_—and announcing this on labels—continues. Obviously the Luján de Cuyo region, called a Primera Zona (top area) in Argentina, is shown on many labels, but more and more wineries are beginning to promote the names of more specific sectors or departments within regions, such as Vistalba, Agrelo or Perdriel within Luján de Cuyo (Lujan de Cuyo, located just south of the city of Mendoza, is the only DOC designation in Mendoza that is approved by national law). There is little consistency to the use of most place names, nor do these names have legal standing; and, of course, there’s no requirement to use them. Some famous individual vineyard names mean something to wine connoisseurs in the home market but do not yet signify much to American wine consumers. 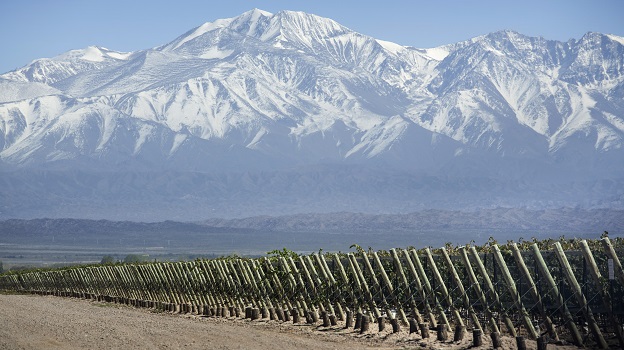 Vineyards in Mendoza, with the Andes Mountains in the background

The Uco Valley, situated farther to the south, is one of the 17 departments grouped under the 3 desertic regions (in this case, the Central Oasis) that comprise Mendoza. (Luján de Cuyo is part of the Northern Oasis region.) And those 17 departments are again subdivided. But wineries can simply say Uco Valley on their labels and not refer to the sector.

On the other hand, wineries based in less-favored, lower-altitude sections of Mendoza prefer simply to put Mendoza on the label. Don’t worry: none of this will be on the final exam.

I tasted all of the wines in this report between December and February. Please note that I have been intentionally conservative with my projected drinking ranges for these wines. Based on my personal experience, a significant percentage of Argentine reds are at their best within five to seven years after the vintage, as there is more to lose than to gain by waiting longer than that. But a minority of producers have established track records for making ageworthy wines—structured, balanced, concentrated wines that gain in texture and complexity with a decade or more of cellaring while maintaining their energy and shape. And with each passing year, the number of producers making wines with staying power is growing.