My annual late-summer tasting of the new crop of Cape Winemakers Guild auction wines has become one of my favorite group tastings of each year. The four dozen or so wines offered at each year’s auction provide a stunning overview of the remarkable diversity of South Africa’s wine industry. The membership of the Guild is a who’s who of the country’s most talented winemakers.

This year’s tasting gave me my first good look at the highly touted 2015 vintage, which most insiders consider to be one of the greatest vintages of South Africa’s modern era, and I have to say it offered the most consistently excellent set of CWG wines I have sampled to date. The 32nd annual CWG auction will be held at the Spier estate in Stellenbosch on Saturday, October 1. The CWG event is sponsored by Nedbank, one of South Africa's largest banks, whose Trust supports the education and social needs of farm workers, their families and their communities. 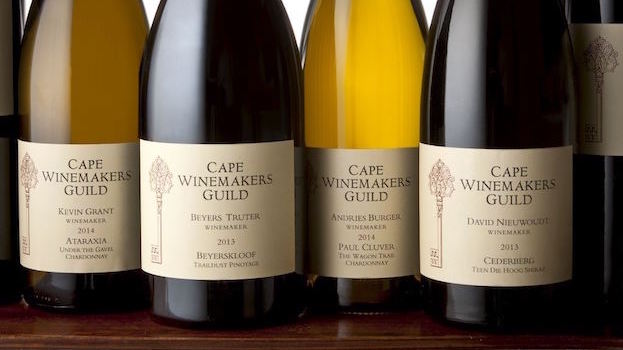 The CWG wines, which are created specifically for the purposes of this auction, have always been crafted to showcase the high quality and distinctiveness of South African wines to the trade and private buyers. Among the highlights of this year’s collection is an outstanding set of Chardonnays from the very rich 2015 vintage, with the Sauvignon Blancs, Semillons and other white blends from this vintage almost as impressive and equally consistent in quality. In my regular coverage on Vinous of new releases from South Africa, white wines often figure prominently among the highlights, and it is clear that the very warm, very early 2015 harvest was outstanding for these wines.

I also tasted a couple of Pinot Noirs this year that were unusually complex, deep and gripping for the category. South Africa’s unique and idiosyncratic Pinotage wines, too, are well represented with stunning entries from two of the country’s leading practitioners of that variety, Beyers Truter and Abrie Beeslaar. And South Africa’s Cabernet-based wines and Shiraz/Syrah bottlings, which once again dominate this year’s line-up of CWG offerings, need no introduction from this taster.

I was able to taste nearly all of the 2016 auctions items at the beginning of September. Please note that a number of additional items in this year’s auction were also offered in past auctions; you will find my reviews of some of these wines in last year’s coverage of the 2015 event.

Most of the auction bottlings are extremely limited—typically just the equivalent of one to two barrels of wine of each item are on offer—and are sold in lots ranging in size from 12 to 48 bottles. The 2015 auction, for example, featured a total of 2,575 cases (each the equivalent of six 750 ml. bottles), with prices ranging from $102 for a case of 6 bottles to as high as $889 (my figures represent conversions from South African Rand prices at the then-current exchange rate). In other words, some very fine—and unique—wines can be had at remarkably moderate prices. Interestingly, the U.S. Dollar today buys about 14 Rand, which is almost identical to the exchange rate at the time of last October’s auction. The South African currency has steadily lost value in recent years (it was 8 to the Dollar as recently as 2012), although the Rand has made something of a recovery since it bottomed out at well over 16 to the Dollar in January of this year. Still, by long-term standards, the CWG auction items remain inexpensive considering their quality and scarcity. 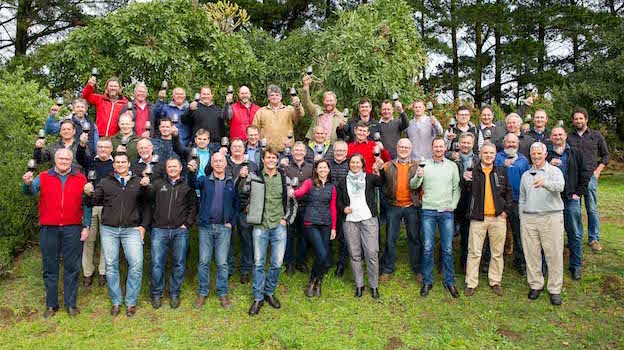 For more information on the auction and the bidding process, readers may wish to visit the Cape Winemakers Guild website. Please note that the registration process needs to be completed by this Friday, September 23.