Overall quality of Spanish wines continues to rise, as does their availability in export markets. The result is a rapidly increasing number of wines that are worthy of consumers’ attention. Covering the Spanish wine world thoroughly with even a semblance of efficiency is endlessly frustrating because of the country’s disparate regions and capricious release schedules. Unlike, say, France, where virtually every region releases its wines in a predictable rhythm, Spain in a given year might have new offerings of white and red wines that span up to a decade of vintages, and that’s not even including the Reserva and Gran Reserva bottlings that can be held back even longer before being released by the bodegas. It’s not uncommon today, for example, to find a newly released Rioja from the 2015 vintage alongside new 2005, 2008, 2009 or 2010 bottlings from the same bodega. While that is beneficial in terms of consumer choice, it can be a logistical nightmare for critics who attempt to cover Spain comprehensively every year. 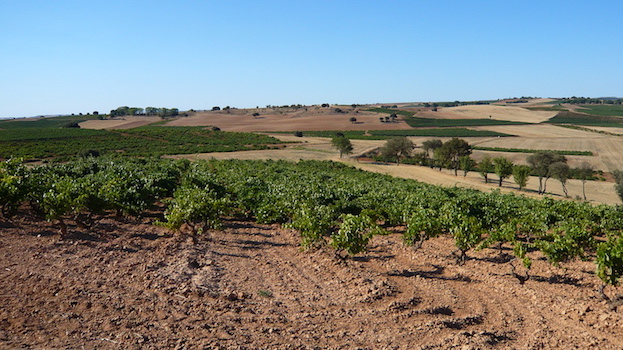 In the heart of Ribera del Duero, pre-harvest

Then there’s the geographic diversity of Spain, with its cooler Atlantic-influenced northern zones, its continental center and its Mediterranean east and south. Italy’s regional diversity is similar to some extent, as is France’s, but neither country, in my opinion, offers such a wildly diverse range of wine styles that hit the market in such a dizzying fashion. Reviewing the wines of Spain is like covering a multitude of countries that each march to their own beat.

For these reasons, we will publish several articles throughout the year. Rather than accumulating notes in an effort to put together single comprehensive articles on individual DOs or larger areas, this year reviews will be published as wines become available in the market.

The 2015 vintage yielded ripe, fleshy, usually approachable whites and reds from across the country. Fans of more classically proportioned wines will find plenty to like from the 2014 and 2013 vintages, which across the country were cooler and wetter than 2015 – with 2014 in some areas saved by a warm, dry September and good harvest conditions. But generalizations about vintages in Spain only go so far.

Rioja, for many consumers, is synonymous with Spanish red wine. The 2014s and 2013s that are entering the market are, by and large, relatively approachable wines, with gentle tannins but in many cases high acidity levels as a result of cool summers in which the grapes struggled to ripen. We’re still a ways off from seeing the top bottlings, which will be released under Crianza, Reserva and Gran Reserva designations, but I suspect that there will be at least a few standout wines from producers who had the inclination and financial wherewithal to make severe selections in their vineyards, at their sorting tables and in their bodegas. 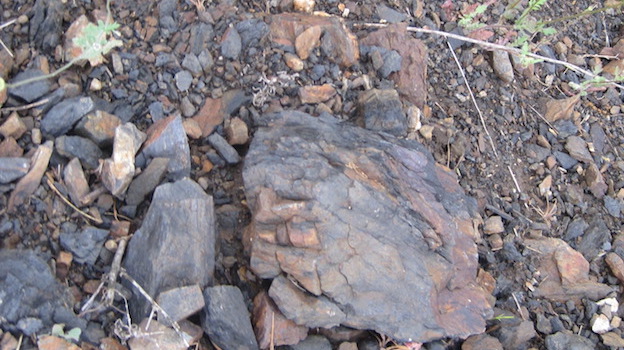 The volcanic soil of Priorat

Central Spain Stands Out in ’14 and ’13, In Relative Terms

In Spain’s heartland, which encompasses La Mancha, Ribera del Duero and Rueda, along with Cariñena, Calatayud, Toro, Campo de Borja and Vinos de Madrid, plus a handful of smaller zones, 2014 and 2013 were warmer and drier than in Rioja, which should be expected given the continental climate here. With the exception of the best examples from Ribera del Duero and Toro, the vast majority of these wines are meant for early drinking. So, while there is of course some vintage variation, it’s not as critical a concern for those who buy these wines for near-term consumption. For buyers of Ribera del Duero and Toro wines, though, these are vintages to purchase with care. Frankly, I’d recommend back-filling with the often excellent 2012s and 2011s that are still available or even coming into the market now. There are even a few 2010s and 2009s out there, and those are two superb years. My advice is to bide your time when it comes to the ‘14s and ‘13s – there are some outstanding wines to be sure, but there’s no rush to load up on them, especially with the highly anticipated 2015s looming on the horizon. 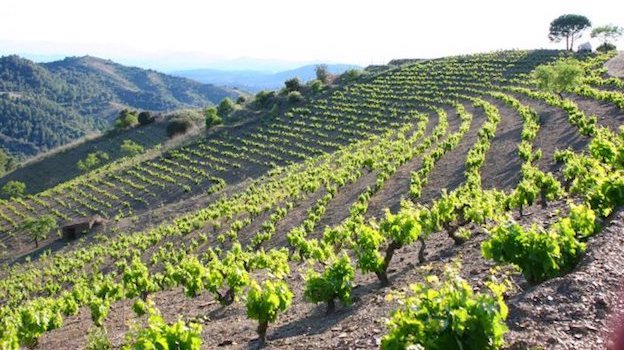 Late spring in Priorat, which boasts some of Spain's steepest vineyards

Mediterranean Spain’s 2015s: a Hot Vintage in a Warm Region

Speaking of 2015, a number of early-bottled Grenache- and Monastrell-based reds from Spain’s warm Mediterranean DOs, such as Jumilla and Alicante, are already in the market. In most cases they are big, bold and emphatically fruity wines that reflect the personality of a hotter-than-average vintage. While some may view that as too much of a good thing, I believe that fans of these wines are going to love the vintage and will find most of these wines quite user-friendly even now. But be careful, lowish acidity and soft tannins often make these wines too easy to drink, while their alcohol levels often cruise up to and beyond 15%.

Those who are wary of such bruisers will likely steer their shopping more to the cooler northeastern sector of Catalonia, where, based on what I have seen so far, 2014 has turned out quite well in Priorat, Montsant and Terra Alta. Most bodegas’ top bottlings are still awaiting release so it’s a bit early to offer a definitive judgment on the vintage, but 2014 looks promising for wines characterized more by their freshness and energy than by their brawn. There are also some vibrant wines from 2013, a year that suffered a cold, rainy spring and was subsequently saved by a warm, dry summer and a late harvest during which the fruit came in at proper ripeness. But the 2012s, as a group, are where I’d be looking right now, especially if you’re a fan of Catalonian red wines in an elegant mold. While there are some 2011s kicking around in the market, I would tread carefully as quality is all over the place, with many of the wines warm or even roasted in character. 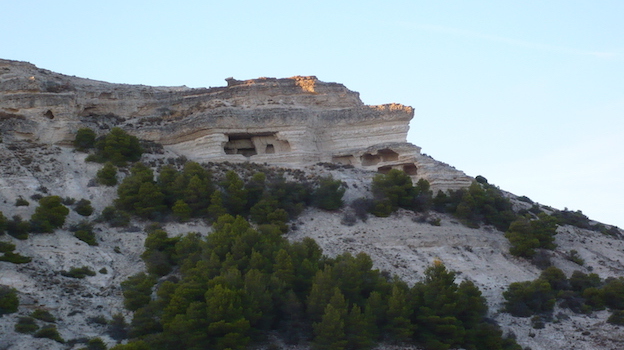 In Galicia and Spain’s other Atlantic-influenced northern regions, 2015 was atypically warm and the wines show it. Those who like their white wines on the racy side are going to have to choose carefully, or just grab the best examples from 2014, a rainy vintage whose wines are often relatively high in acidity. The 2014 and 2013 red wines of the northwest, notably the Mencía-based Bierzos and Ribeira Sacras, can be delightful for their tension and definition, not to mention their vibrant red fruit character and minerality. These are vintages in which the wines clearly showcase their cool-climate origin—in contrast to the 2015s, which, based on my early encounters, will mostly display more vintage than regional character, leaning more to rich dark fruit, heft and power.

I tasted the wines reviewed in this article during my trip across Spain in late summer and subsequently in New York throughout the fall and early winter. If you don’t see a producer or a particular wine that you’re looking for, there is a very good chance it will be covered in a future installment.