Rioja: The Past Is Always Present

Change comes slowly in Rioja. Many of the winemaking practices that were in place when the region was established in the third quarter of the 19th century are widely used today. Grapes are pressed traditionally and most of the best wines are aged, sometimes for many years, in oak barrels of various sizes, with a preference towards American oak. Many winemakers see oxidation during aging as an asset, not a flaw, that when done correctly, brings the unique perfume, complex flavors and supple texture that make serious Rioja among the world’s greatest wines.

Rioja’s somewhat bewildering, some might say erratic, release schedule keeps customers and writers on their toes. A big part of the reason for this staggered process is the varying amounts of time that the wines are aged in barrel and/or bottle before they leave the bodegas. By law, Crianzas must be aged for at least one year in barrel, followed by another year in bottle. Reservas must be aged for at least three years before being released, with at least one of those years in barrel, and Gran Reservas must spend at least two years in barrel and three years in bottle before being commercialized. Needless to say, many bodegas go beyond and even way beyond those minimums to achieve more aromatic complexity, especially at the top properties. As a case in point, I tasted upcoming or currently released red wines from every vintage from 2019 back to 2004 this year! 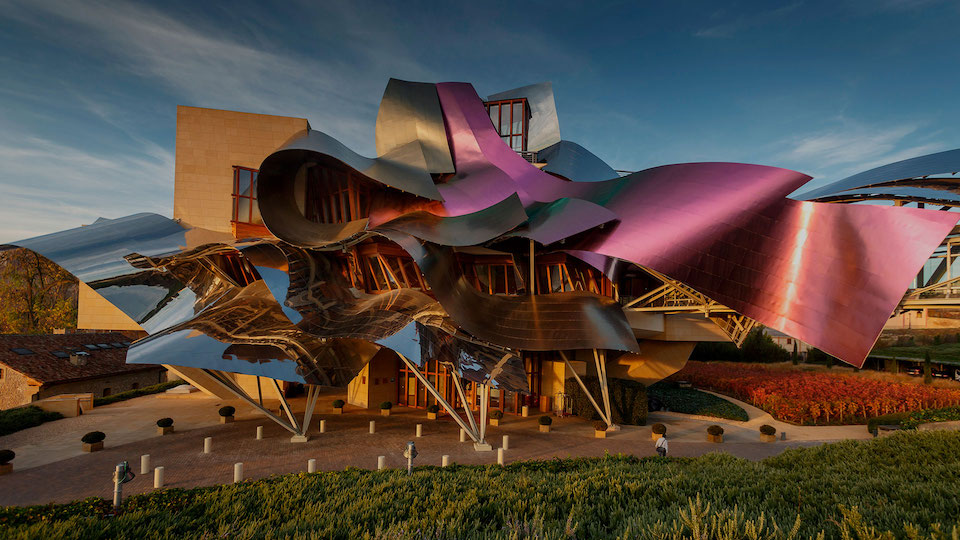 Entry-level bottlings of Rioja are usually referred to as simply “Tinto”, or red, especially for export markets, and sometimes labeled as “Joven”, or young, indicating a bottling that’s intended for more or less immediate or short-term drinking. Then, in addition to the ubiquitous and regulated Crianza, Reserva and Gran Reserva bottlings, there is a convoluted array of non-sanctioned, fantasy names such as Clasico, Éspecial, Selección, Selección de Familia, Vendimia Seleccionada and so forth, depending on the bodegas’ whims. And the Spanish can definitely be whimsical.

To make matters even more interesting, or confusing, there’s now a single-vineyard “Finca” designation (Viñedo Singular) that is allowed starting with the 2017 vintage. It’s a move that some producers hope will draw attention to the fact that Rioja is far from a homogenous growing region, much like in France. Such wines must be made from yields at least 20% lower than the official Rioja level of 45.5 hl/ha, from vines that are a minimum of 35 years old and from an estate-owned or long-term lease site. So far, 84 vineyards, overseen by 50 different bodegas, are allowed to carry the designation. The potential possibilities of this move are quite interesting as Rioja, like all great wine-growing regions, is blessed with a wide range of soils, altitudes and expositions, which can obviously give wines of unique character.

Today there are some 65,326 hectares of vines planted in Rioja, roughly 93% of them to red varieties; 13,389 of them in Rioja Alavesa, 27,347 in Rioja Alta and another 24,590 in Rioja Oriental, formerly known as Rioja Baja. Tempranillo is king in most Rioja vineyards and wines, with Garnacha, Mazuelo, aka Cariñena, Graciano and the rarely encountered Maturana Tinta sometime playing roles in the wines’ final blend, but by no means that often.

For the white wines, Viura is required to make up a minimum of 51% of the wine’s blend and Garnacha Blanca, Malvasia, Tempranillo Blanco, Maturana Blanca and Turruntés de Rioja (a type of Torrontes) are the traditional adjuncts. Some outlying varieties were permitted as of 2007 – Verdejo, Chardonnay and Sauvignon Blanc, and the word is that Viognier sometimes sneaks in as well. The total production of white wines in Rioja makes up only for about 10% of the total production.

There’s a full range of white wine styles made in Rioja, from fresh, stainless steel-raised versions (there will be a number of 2020s hitting the market soon) to those that see extended time in small oak barrels that are often held back, in bottle, for some time before release. That semi-oxidized style has seriously caught on in recent years, making the wines not so easy to find and prompting some bodegas to start dipping their toes into this old method as well. 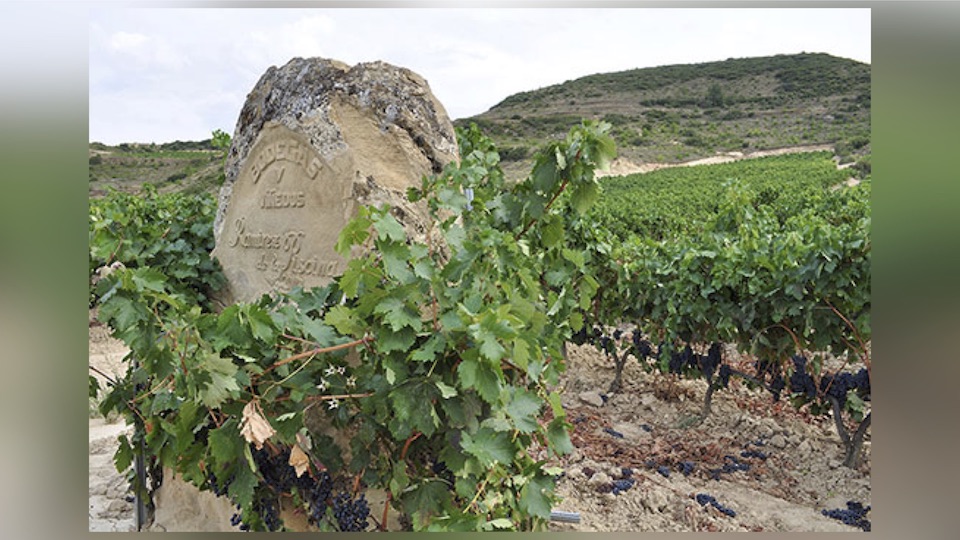 The vineyard of Ramírez de la Piscina, which is the source of their classically styled, old school Riojas.

Modern and Traditional Styles and Points Between

In the late 1990s and through the 2000s a number of new bodegas were established. They produce what would be considered a modern style of Rioja, which came to be known as “Alta Expresión”, or “high expression”. That basically means a big, extroverted wine, usually on the ripe and dark-fruited side rather than the traditionally elegant, red fruit-driven character that marks most traditional Riojas. Those wines were, or are, raised in small, French oak barrels, many and even all of them new, giving wines of red- and dark-fruited personalities. Interestingly, an indication of where the market for Rioja is today, many of these bodegas no longer have American importers, perhaps because demand has shifted back to a more traditional style, although the wines do have a following in other parts of the world.

Many producers who played around with the Alta Expresión style took their foot off the gas after experimenting, some sooner rather than later. Today, a number of the best Riojas are being made by bodegas that are taking a balanced approach to modernism and tradition. There’s lots of experimenting going on with blending percentages of American and French oak, not to mention eastern European wood as well as working with casks of varying sizes and ages, from new to ancient. Broadly speaking I am excited about the results of these approaches, because cleaner and more attentive, meaning modern, winemaking is resulting in wines of greater purity and positive complexity, with different oak treatments making an obvious contribution.

American oak is an inescapable subject when it comes to Rioja. Its history and use are deeply intertwined into the fabric of the region (and Spain’s, in general) winemaking history, so much so that if one is talking about traditional Rioja, they are talking, by necessity, about wines raised in American oak casks. That goes for reds as well as whites. The aromas and flavors imparted by American oak, with coconut and dill the most dominant qualities, are definitely not for everyone, especially when the wines are young. Age usually tones down those qualities, but they rarely ever completely vanish, which is what led many producers, especially in the 1970s, to start working with French oak and sometimes banishing American oak from their bodegas completely. 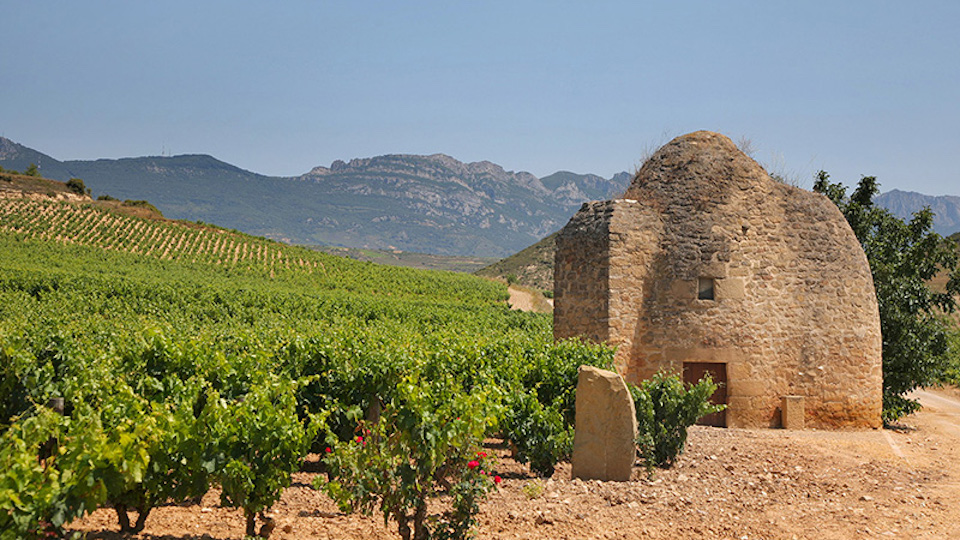 From 2019 I have tasted mostly stainless steel-raised wines at this point, or wines that saw just a brief spell in oak. Frost and hail in the spring and early summer cut the potential yields and the berries, harvested into October, were generally on the small side. By all reports, concentration should be the rule. It’s clearly still very early to make a call, but given the wines’ depth and, so far, dark fruit character and tannin levels I wouldn’t be surprised to see many of the wines turning out like their 2015 siblings.

Generous yields mark the 2018 vintage, which has helped the wines show classic red fruit character and fluid, supple textures. (Low yields are not necessarily a great thing when it comes to Tempranillo, especially if one prefers a style that leans more to Pinot Noir or Nebbiolo than Cabernet Sauvignon.) The fruit was clean, with good acidity and sugar levels on the low side. While I doubt that many, but the best wines will have the stuffing to age for the long haul, they should provide plenty of pleasure early on thanks to their elegance.

Two thousand seventeen is a vintage that most winegrowers in Rioja would like to forget. Frost on May 27th attacked most of the region, especially Rioja Alavesa and Rioja Alta, and with some vineyards suffering up to a 50% crop loss. The growing season was often hot and mildew was an issue, so much of the crop was dropped prior to harvest. Many producers opted to make a single bottling in 2017 and whatever Reservas and/or Gran Reservas were made will be in very small quantity. As with other challenging vintages, my experience is that there can be some surprisingly impressive wines since the producers know that consumers will likely look at them askance. What’s in the bottle better be good or the bodega’s reputation will, deservedly, be sullied.

In 2016 Rioja enjoyed a mostly cool and long growing season, with ample rain to give a large yield of healthy grapes. The wines tend to show bright acidity and sharp focus, while conveying an elegant style, with subtle structure and noteworthy balance. Many of the 2016s are approachable for their freshness, but I suspect that this will be a vintage that will age gracefully and for a long time.

A cold and rainy winter, with four snowstorms, set the stage for 2015, which experienced late flowering and warm, sometimes hot temperatures through the spring. That heat accelerated fruit growth but the weather throughout the season was mostly benign aside from some scattered hailstorms. The fruit ripened evenly, and thankfully, it was clean thanks to no disease pressures. Harvest began at the beginning of September and was carried out through the first week of October in some of the cooler zones. This is definitely a vintage to age, given the wines’ structure, power, depth and, generally speaking, dark fruit character. Their tannic style can make some of the wines a tough go right now, so patience is the by-word. 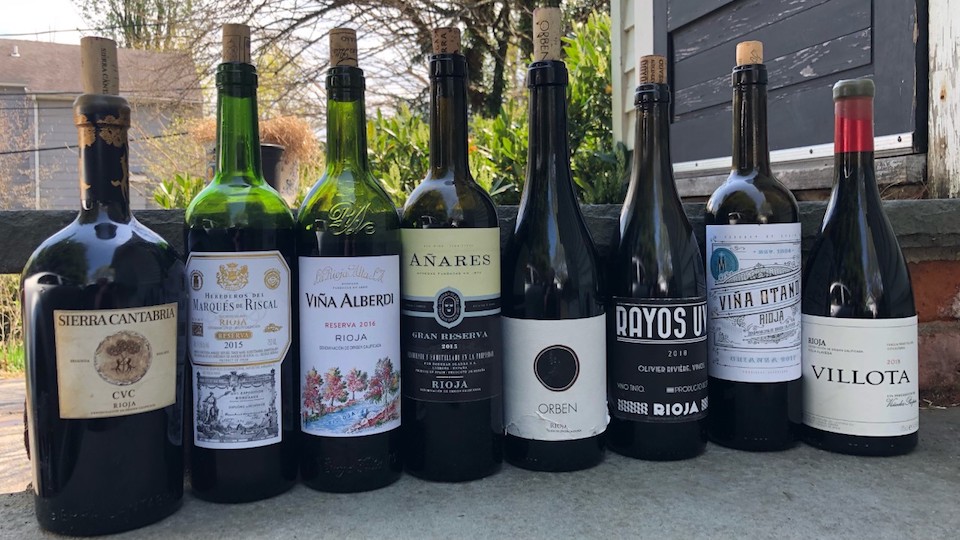 Rioja’s Drinkability and the Pricing Factor

Going back to the fact that so many vintages of Rioja are available in the market at a given time, this is a category that gives wine lovers the opportunity to drink mature wines immediately, often at very fair prices. I can’t think of another region where this is so often possible. Rioja has always been a place to focus on restaurant wine lists if readers are looking for value and aren’t especially interested in drinking, say, a two-year old Cabernet Sauvignon or three-or four-year old classified growth Bordeaux that will usually cost quite a bit more. That said, not enough restaurants, including many that should know better, have taken advantage of the availability of aged, late-release Riojas, a fact that I hope will change, even if I’m not holding my breath.

Wines from Rioja have a well-earned reputation for age-worthiness, even those from lesser vintages, a fact that I can vouch for without hesitation. Some of the most complex and energetic red wines that I have had, from anywhere, over the last three decades have been Riojas from the 1970s back to the 1920s. While that’s impressive enough, consider that virtually all of those wines were made, shipped and stored during a time when temperature control was literally non-existent. Rioja’s durability is legendary among collectors and rightfully so. These wines make great options for laying down or picking up, with age, for birth years, anniversaries and so forth at often ridiculously easy pricing.

I tasted all of these wines in New York over the last year.

Rioja Looks Back and Ahead, Josh Raynolds, February 2021