The Many Facets of Rioja

Diving into the Rioja red wine piscina can be at turns fascinating and confusing. My advice is to approach the region without preconceptions. Rioja produces Tempranillo-based reds that range in style from hyper-traditional, often rustic and austere wines that wouldn’t be unfamiliar to a time traveler from the 19th century to flamboyantly rich, fruit-driven, new oak-influenced bottlings that would blend in well—and even stand out for their sheer quality—in blind flights of high-end Napa or Bordeaux wines. 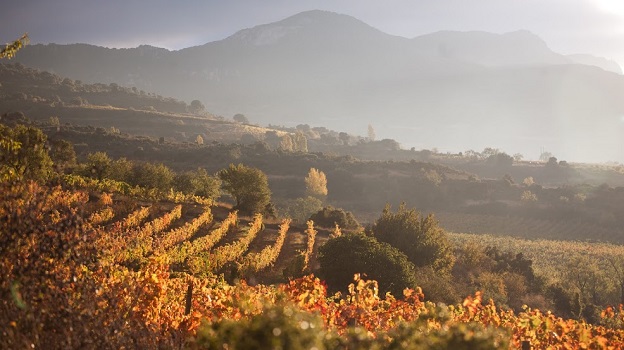 Somewhat predictably, this dichotomy has polarized Rioja drinkers; in particular, fans of the traditional style are likely to rail against the new kids on the Rioja block. In their view modernista Riojas are anonymous oak beasts and an existential threat to the heritage and identity of the zone, a viewpoint that should be very familiar to readers who have followed similar clashes of ideology in Burgundy and Piemonte over the last few decades.

The trend toward the use of small and often new French oak barrels that took off in earnest in the 1980s rocked the Rioja boat because the region’s almost universal M.O. since its establishment in the late 1800s was to age its wines in large oak casks, virtually all of them made from American oak. That wood, as most wine lovers know, imparts its own set of distinctive, usually easily recognizable aromas and flavors to wines, especially those of coconut and torrefaction. American oak is still in wide use here and Rioja is, along with Australia, the only world-class wine-producing region that relies heavily on it today. So while traditionalists don’t complain much about the often domineering presence of American lumber in their young Riojas, the usually more elegant character that French oak imparts apparently raises their ire, which is tough for me to understand. My recommendation is to keep an open mind: why limit your choices? 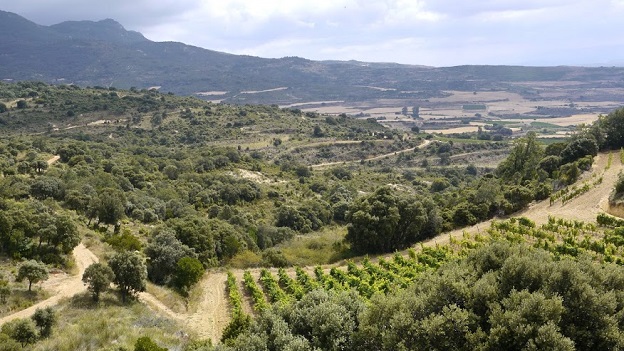 The dramatic vista of Rioja Alavesa, home to some of the region's most prized vineyards

Recent years have been a wildly mixed bag in Rioja. One thing that makes Rioja particularly interesting, and aggravating, is the fact that individual bodegas release their wines according to their own, often idiosyncratic schedules. That’s largely because Rioja producers commonly make wines in four distinct styles. Straight “Rioja” is usually a wine intended for early drinking (referred to locally as “Joven,” or young wine). These bottlings are usually raised in stainless steel but also occasionally in concrete or neutral oak, or a combination of both, with the period in oak being less than a year. By “usually” I mean that a number of producers bottle and release high-end wines that don’t follow Rioja’s aging rules, which makes them a bit like the super-Tuscan wines that are made in contravention of regional rules and thus entitled only to “table wine” status even though they are anything but.

As a glance at the current Riojas in the retail market and in this article reveals, consumers right now can buy current-release Riojas from 2015 back to 2001—a situation that’s unique, I believe, in the fine wine world. For those who find comfort in the mostly predictable patterns of vintage releases practiced by producers in, say, Bordeaux, Burgundy, the Rhône and Piemonte, that’s confusing to say the least, but don’t plan on Rioja wine producers changing their ways any time soon. 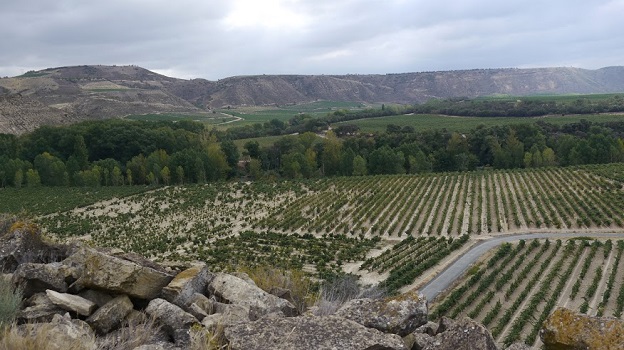 The good news for Rioja aficionados is that the 2014 and, it appears at this early stage, 2015 vintages should be outstanding. The less-good news is that we’ll have the 2013s to work through between now and whenever the ‘14s and ‘15s are released. And I do mean work, as 2013 turned out to be an extremely difficult vintage from a weather standpoint, with the rainy growing season and harvest yielding wines that are often lean, mean and green and lacking in succulence and texture. It’s a sure sign that the bodegas have acknowledged this unfortunate reality because many of them opted to blend fruit from sites that normally produce their top wines into a single entry-level bottling. Overall production was down at the top (read: most selective) bodegas owing to the elimination of rot-damaged fruit during harvest and further selection on the sorting tables. Careful shopping will yield a number of tasty, mostly immediately appealing wines that transcend the vintage.

Happily, 2012 was a very different matter from a quality standpoint, but there won’t be much wine to go around. Like the rest of Spain, Rioja suffered through a drought that began in 2011 and the vines struggled to throw a healthy crop. In the end yields were off by anywhere from 25% to almost 50% of normal. The top Reserva and Gran Reserva bottlings are still years off from release but based on the crianza bottlings that I’ve tasted over the last few months there should be plenty of 2012s to grab and hold the interest of wine lovers.

There are also plenty of 2011s to be found in the market right now, and this vintage has generally flown under the radar. Another crop of wines from a drought year, the 2011s display with ripe dark fruit character and tannins that are often surprisingly soft given the fact that hot, dry years generally give grapes with thick, tough skins and elevated tannin levels. I will admit that a number of ‘09s that I’ve tasted recently have begun to show more structure than they did upon their release, quite possibly because they are beginning to lose some of their baby fat or because their up-front, exuberantly ripe fruit is settling down. 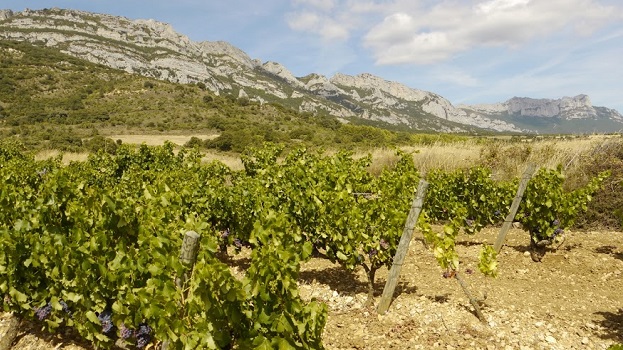 As for 2010, this is by pretty much universal agreement a great, ageworthy vintage of balanced, seriously structured wines. There are still a number of outstanding examples of ‘10 available in the retail market, and some top wines from bodegas that traditionally release late are yet to arrive on store shelves. Two thousand ten is the vintage that’s most likely to get producers worked up when they discuss their personal favorites over the last couple of decades, and that has been the case virtually since the harvest. And they always caution that the wines are for unhurried collectors, generally describing 2010 as, “a vintage for cold cellars and patient people” as Benjamin Romeo told me. Having had the chance to taste a number of recently and soon-to-be-released ‘10s and also to revisit wines that I had previously tasted, I have to agree. I am definitely noticing the wines’ structures now, especially in the context of 2009, which is itself an outstanding vintage, albeit in a broader-shouldered style, and I’d strongly advise holding off on opening them, especially the Reservas and Gran Reservas.

Speaking of the 2009 Riojas, I’ve been more than surprised by how well the wines have been showing over the last year. Like a number of people, I was initially concerned that the hot conditions of the vintage would negatively affect the wines’ freshness but, happily, that doesn’t seem to be a universal issue. Yes, plenty of wines show a roasted aspect, with dark fruit character and elevated alcohol levels, but there are far fewer of them than I feared. In a way they are behaving much like the ‘04s and ‘94s did at a similar stage of their evolution. Those vintages also showed a warmer, richer, brawnier character in the early years than the following vintages (’95, ’05 and, in the case of the ‘09s, 2010), which all displayed more raciness, red fruit character and structure on release. In fact, many ‘09s have been looking downright elegant lately, which I would not have guessed would be the case based on the wines’ earliest showings, much less by simply looking at the growing season’s weather data. This just goes to show that in the hands of a serious winemaker hot years don’t have to mean hot wines.