Stretching from Galicia in the far northwest and along the Atlantic Ocean and the Bay of Biscay to the Basque Country, Atlantic Spain is the country’s coolest winegrowing region. Mostly indigenous varieties that are grown virtually nowhere else in Spain are the rule. The almost universally ocean-influenced climate and the intrinsic character of those local grapes define vibrant wines that are increasingly capturing the attention of wine lovers across the globe. 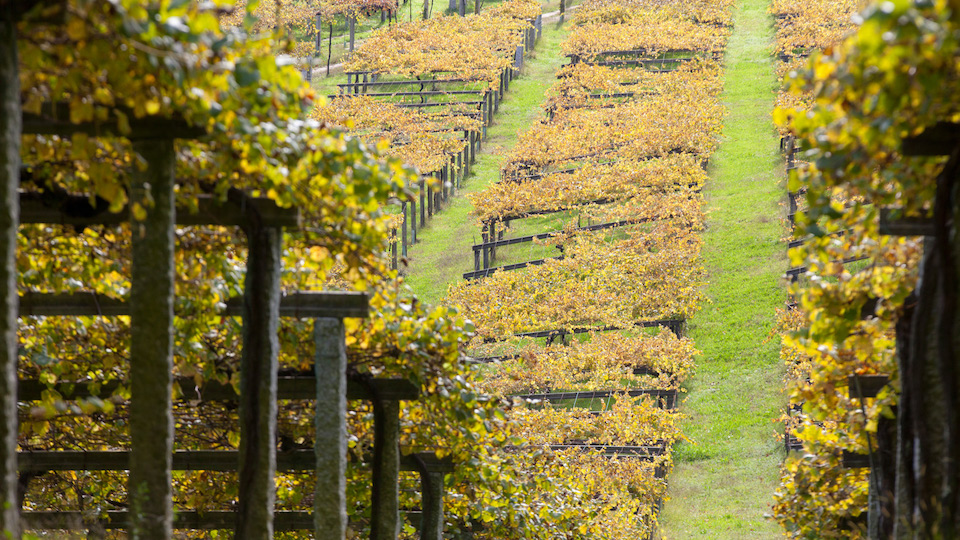 The rolling hills of Rias Baixas that descend toward the Atlantic ocean produce some of the most vibrant white wines from Spain.

The earlier-bottled white wines from 2020 are starting to enter the market now. What I have tasted so far has been quite impressive, even more so considering the difficulties of the vintage. The growing season got off to a fast start, with a warmer than usual spring. This gave way to an atypically damp late spring and summer, bringing uncommon mildew pressure that required strict and constant attention to the vineyards. Given a widespread shortage of manual labor caused by the pandemic, it was a time of serious stress for the growers. Yields varied from zone to zone, with Rías Baixas realizing a crop that was up nearly 20% over 2019 in some sites, while numbers were down by roughly the same amount in Bierzo and Ribeira Sacra. Small producers who have always relied on manual labor and, who by tradition, work labor shortfall than larger wineries that are more dependent on seasonal and non-resident workers. Fortunately, small production from small vineyards is more the rule in Galicia than the exception, which definitely worked in many bodegas’ favor, or at least mitigated the angst.

The naturally high-acid Albariño that dominates Rías Baixas appears to have handled the warmth of the 2020 vintage well, based on the admittedly small set of wines that I have tried so far. That said, I expect that most of the wines will be more ample than classically taut and racy, with more orchard fruit and less citrus character than usual. I’m also expecting them to be perhaps less age-worthy than usual – not that many people actually cellar the wines, even if they should give it a shot. In warm vintages, the signature minerality and tension of a Rías Baixas can be muted as well, which, ironically, can make the wines work with a wider range of foods than those from typical or cooler vintages. Very few of the typically richer Godello- and Treixadura-based Galicia and León white wines – meaning Bierzo, Ribeira Sacra and Valdeorras – have been released yet, so I have only had a small sampling thus far. Those varieties, and more inland regions, usually produce a weighty, more ample and less racy style than one finds with Albariño and from seaside Rías Baixa. That difference is especially marked in hot years. The brief look that I have been able to take suggests that wines will be muscular but still possess good enough acidity to keep them lively, even if most will be best on the young side. Godello, in particular, has a tendency to turn rich and even exotic with age, and my guess is that it will happen sooner than later with the 2020s. 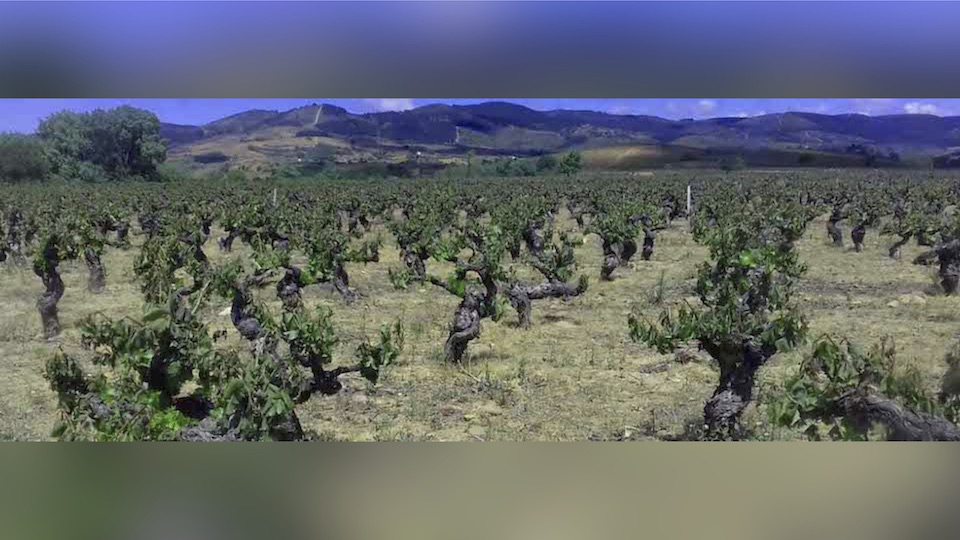 Hot and dry during the day, the Bierzo region cools off at night, allowing for a slow and steady ripening season.

In Navarre and the Basque Country, 2020 looks very good for the region’s Txakolina wines, which are based on the indigenous, high-acid and low-sugar Hondarrabi Zuri variety. The best vineyards of Getariako Txakolina and Bizkaiko Txakolina roll right down to the Bay of Biscay and they are definitely built to handle a hot vintage. The Getariako region is just west of Donostia-San Sebastian, while Bizkaiko lies further west and north of Bilbao. The vast majority of these wines are drunk up within the year following release, so vintage differences matter little to most people consuming them. They are almost all distinctly spritzy on release, the trait that most are seeking in the first (and last) place. Not many people buy a Txakoli looking for complexity, although a number of producers do make serious, complex wines, some of which can actually reward a couple of years of patience. The Arabako Txakolina zone, which lies inland, south of Bilbao, produces wines that bear comparison to their northern counterparts for their varietal makeup if not their style, as many of them are still or just slightly spritzy. They generally have a bit more heft as well, so the 2020s will likely be even deeper than usual.

In 2019 almost all of Spain’s winegrowing regions labored under hot conditions, but Galicia and Rías Baixas, in particular, were mostly spared. The vintage, in general, was defined by white grapes that possessed high acidity and low pH, in some cases higher and lower than normal. Yields were mostly low due to a dry winter followed by erratic spring weather that brought on mildew. In addition, 2018 and 2017 were quite high-yielding vintages resulting in stressed vines, giving fewer and smaller clusters and thus less crop. I think this shows in most of the 2019s in the expression of power and weight, even if there is still plenty of freshness to the wines. Fans of taut, racy white Galician wines will want to be a little careful with 2019, but most wine lovers are going to be thrilled with the wide range of high-quality bottlings that are available.

The 2019s from the Basque region are definitely softer and rounder than usual, although they are far from flabby. The best wines are drinking wonderfully now and can show a greater degree of weight and orchard fruit character than the usual racy, citrus-fruit-driven style of the region. The spritziness in most of the wines has also diminished because of that extra bit of bottle age, which I think adds to their flexibility at the table.

Two thousand eighteen was a textbook vintage for Galicia, with generally mild weather throughout the season and more rain than usual in the early spring. This gave growers a higher than normal yield, and the wines tend to be bright and energetic, with fine detail and balance. I suspect that the white wines of Bierzo, Ribeira Sacra, Valdeorras and Ribeiro will age gracefully while those from Rías Baixas are in prime drinking form now, with potential for aging in the case of the best bottlings. Most of the Basque Country whites are long gone and, at least to my taste, that’s a good thing, as going more than two vintages out with Txakoli is a higher risk than I’d advise. 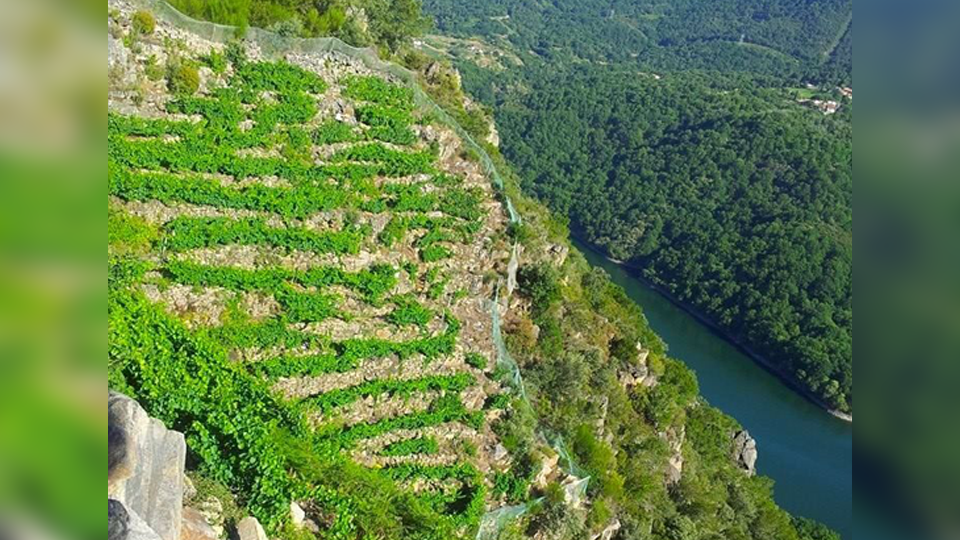 Côte-Rôtie and the Saar ain't got nothing on Ribeira Sacra. Vertigo ahoy.

Bierzo and Ribeira Sacra are two of the most exciting red wine regions in Spain right now. International demand for the top wines has been heating up for some time. Both 2019 and 2018 were highly successful vintages here, with the 2018s built along classic lines of brightness and energy while the 2019s are also lively but generally display a greater degree of depth to go along with it. Mencía always has healthy natural acidity, Merenzao even more so, and that helps the wines avoid flabbiness, even in warmer vintages, which has been a huge asset to the region over the last decade.

I have tried only a small number of 2020 reds from Spain’s Atlantic-influenced regions, far too few to make anything close to an educated guess as to where they’re heading. Based simply on the weather, and just a handful of wines, I suspect that this will be a vintage of fairly generous, mostly forward and fruit-driven reds, especially at the entry level. Those wines made from old vines – and there are lots of them in Bierzo and Ribeira Sacra – could turn out to be very interesting and age-worthy, but we’re at least a year or two out from seeing results.

The 2019 red wines from Galicia and León show a compelling blend of power and energy with fine detail and balance. There’s a darker fruit character than normal in many of the wines, but not to an extreme, as that quality is more than balanced by fresh acidity and good structure. I suspect that the best examples of Bierzo and Ribeira Sacra will be quite long-lived based on their concentration and healthy but not excessive tannin levels. The low yields brought on by a dry summer can be thanked for that, but this also means that many of the wines will be more difficult to find than usual (not that they were ever very easy to track down in the first place).

In Navarre, 2019 was a drought year and yields were down. But the growing season was mostly healthy and acidity levels in the grapes stayed high, allowing for wines of good energy as well as depth. The top wines are still not on the market but all factors point to a very successful year for the region. 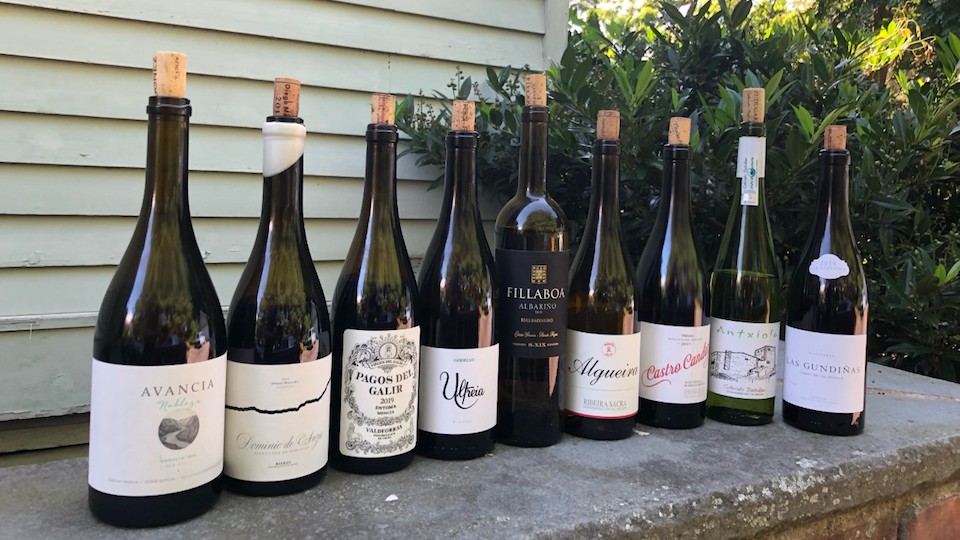 Growers and red wine producers have little if anything to complain about given the results of 2018 in Galicia and León. Healthy spring rains and mild growing season were huge assets to the vines, as was the case with the white grapes in the region. Yields were larger than normal but not ridiculously so, meaning that there’s generous but not excessive concentration to the resulting wines. Broadly speaking, they are structured without coming off hard, show plenty of vibrant fruit and display impressive aromatic complexity. I have found many wines, even the most cellar-worthy Bierzo bottlings, to be quite expressive already, though their balance bodes very well for their age-worthiness. While there’s no harm in dipping your toes into them now, I’d look at it as more of an exercise in curiosity. Patience will be a virtue here.

A much larger than normal crop was realized in Navarre in 2018, up by around a third. The wines are softer and, as a result, will drink well on the young side for their forward fruit and gentle tannic structures. The 2018s are also lively, making them ideal candidates for earlier drinking even if their balance should ensure positive aging.

The hot and dry conditions of 2017 definitely mark Bierzo’s and Ribeira Sacra’s red wines. Yields were off due to the drought, and the result is plenty of rich, dark-fruited wines of distinct power as well as structure. Old vines fared better than young ones and, fortunately, old plantings are what mark most of the best bodegas here. In fact, a number of 2017s show surprising energy, especially if one is strictly looking at weather graphs. Ribeira Sacra was especially successful, I think, which could also come down to the presence in many vineyards of Merenzao, which is naturally high in acidity.