It has been a few weeks since Sam Beall passed away in a skiing accident at just 39. I was at the top of Ann Colgin and Joe Wender’s IX Estate vineyard in Napa Valley when the news arrived. I was devastated. Frankly, I am still shocked. Sam left behind a young wife, Marie Celeste, five children, and a rich legacy that I am sure his family will continue to honor.

Sam Beall’s many achievements in a career during which he transformed Blackberry Farm from the rural property and rustic country inn where he was born into a world-class resort have been well documented elsewhere. To me, it is Sam's human side that will remain most enduring.

I didn't know Sam well, but I had a chance to spend quite a bit of time with him at an event we hosted together at Blackberry Farm in late 2014. Sam's bright personality and total commitment to hospitality left a deep impression. I know I am not alone in feeling that way. From the moment I arrived, everything was perfect. Actually, everything was perfect before I arrived, because the staff started working on our event 18 months in advance.

I had dinner with Sam on one of the nights I was at Blackberry. Sam didn’t have to have dinner with me, there were plenty of other people there that weekend he could have chosen to spend time with, many of them much more important to his business. But he did. Over the course of dinner Sam greeted numerous guests. He knew everything about them by heart; their names, where they were from, how many nights they had stayed at Blackberry (and probably quite a bit more about their preferences), all of which he rattled off with remarkable fluidity. It was obvious guests viewed Blackberry as an extension of their own homes.

We talked mostly about family. Sam adored his wife and young children, and invited me to visit Blackberry Farm with my own family during spring or summer, a much better time to enjoy all that Blackberry has to offer kids than the middle of winter. I will always regret not having taken him on up on that.

When it came time to ordering dinner I left it up to Sam. Then-Executive Chef Joseph Lenn prepared a fabulous meal that embodied the essence of what Sam termed Appalachian Foothills cuisine. One of the highlights was the grits with crayfish. “We make sure everyone who visits Blackberry Farm has grits at least once,” Sam said, with that disarming, gentle Southern accent of his. Sam noticed what wines I had take an interest in while perusing the breathtaking winelist. A few minutes later a bottle of Chave's Ermitage Cuvée Cathelin mysteriously appeared out of nowhere.

On the last night of the weekend, after my dinner seminar, we went into the cellar. Sam opened a number of wines he knew I would enjoy; Rayas, Leroy, Rousseau and more. He wasn't showing off, but rather taking pleasure in sharing the bounties of an extraordinary collection painstakingly assembled over many years.

At its essence, hospitality is about making other people happy. Few people know how to do it better than Sam Beall did. RIP. 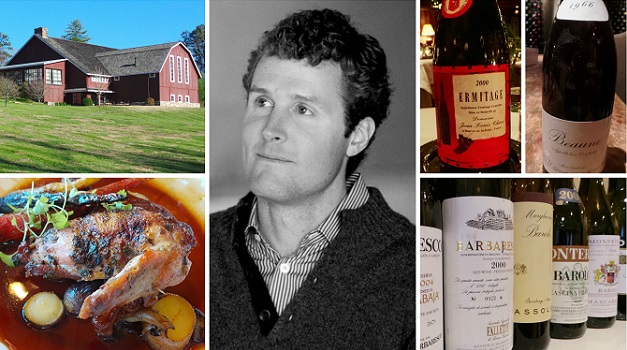