As incredible as it may seem, worldwide demand for rosé seems to actually be increasing beyond what were already historical highs. While many experienced members of the trade have been fearful of market saturation and consumer ennui or even burnout, according to importers, retailers and sommeliers that I’ve spoken to recently, that just hasn’t happened.

Looking back on the hundreds of pink wines that I tasted for this year’s coverage, I am at turns impressed by the category’s consistency and a bit disappointed in how few of the wines were genuinely outstanding. While there is no question that it’s far easier to blindly grab a serviceable Rosé off the shelf today than ever before, it’s not much easier to find one that’ll really turn your head, percentage-wise, than in years past. 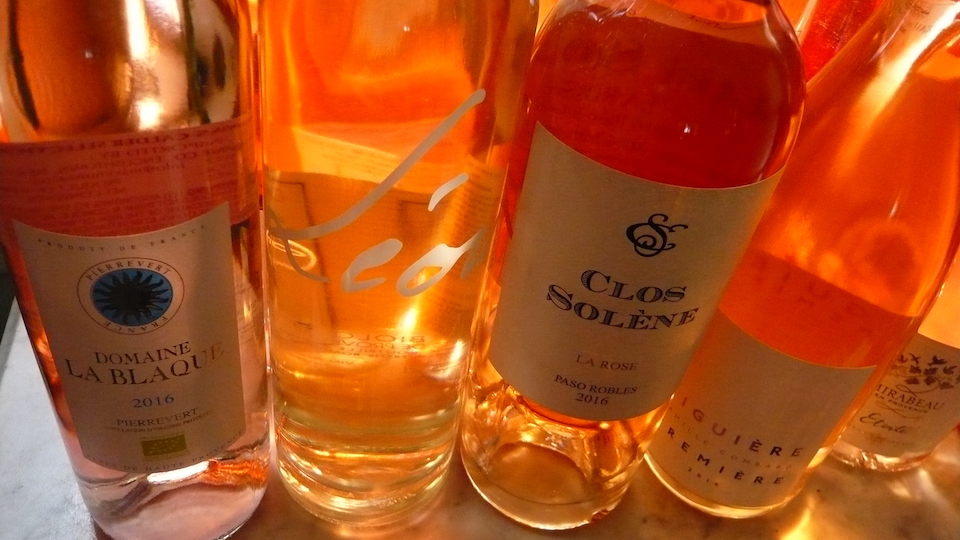 It’s surprising, in many ways, that this is the case as there is ample evidence that plenty of consumers are clearly happy to drop big bucks for pink wines these days. The average cost per bottle for Rosés has been climbing almost as fast as production, export and import numbers, and that’s especially true for French versions in general and Provence renditions in particular. Wines from well-known, high-end estates such as Domaines Tempier, Pibarnon and Ott are often on allocation and, while a handful of other producers have joined them in the upper-tier end of the market, demand-wise, their number pales next to the sheer mass of lower-end bottlings that now available.

My advice, as with all wine regions outside the US, is to pay close attention to the importers as the best ones have too much reputation at stake to mess around with mediocre wines from anywhere. This year, as is usually the case, I tried quite a number of excellent entry-level Rosés from less well-known regions that were selected by serious importers. I often preferred those wines to many others made by obscure producers from famous areas like Côtes de Provence and Sancerre that are simply riding into the market on the category’s current wave of popularity. What’s written on the back label is often as, or even more, important than what is written on the front.