Norman Hardie is regarded as one of Canada’s most knowledgeable wine producers, but he was not born into a winemaking family. Hardie’s rise into the magical world of fine wine began by earning a sommelier degree at the University of Dijon in the late 1980s, then by working as Manager and Sommelier (1993-1996) at Toronto’s Truffles restaurant in the Four Seasons Hotel. There is no doubt that the Four Seasons was one of Toronto’s three best restaurants of the time, an upscale eatery where fine wine flowed freely most nights. Hardie then decided he wanted to work more closely with wine, but had no formal enological or viticultural training. Over the years, he learned the craft by working with great winemakers around the world, gaining a vast amount of experience in his new chosen field.

A real globetrotter, Hardie started out in 1996 as winemaker apprentice at Evesham Wood, the high quality and prestigious Oregon winery. From 1997 to 2000, he served as assistant winemaker at Bouchard-Finlayson in South Africa, then went back to being a winemaker apprentice at various estates in Burgundy, including Domaine de la Pousse d'Or in Volnay (1997), Domaine de la Vougeraie in Premeaux (1998), and Nicolas Potel in Nuits St. Georges (1999). Hardie then went off to discover an entirely new corner of the wine world and moved to New Zealand. There, he was the “right hand to the winemaker” at the Central Otago Wine Company in 2001 and 2002, before taking a position in the same role in 2002 at Au Bon Climat and Qupé , both in Santa Barbara. That’s a pretty impressive list of places in which to learn about wine. 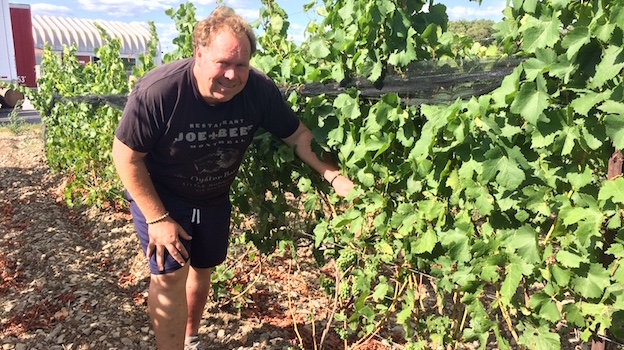 Norman Hardie amongst his vines near Wellington

After years of working alongside other producers, it was time for Hardie to strike out on his own. In 2001, Hardie bought a property in Prince Edward County, Ontario (Canada), convinced that the high limestone content of the soils made it an ideal spot in which to plant Burgundian varieties (and not just those, as it turns out). In 2003, Hardie planted his first vines and built the winery. A year later, Hardie made his first vintage with purchased Niagara grapes.

Today, Hardie makes wine from Ontario’s two most important viticultural regions, the Niagara Peninsula and Prince Edward County. The two give startlingly different wines,all related to geology and climate. Ontario constitutes one of the most fascinating studies terroir collectors and wine lovers can hope to find anywhere in the world. The Norman Hardie estate currently owns 14 hectares (34.6 acres all in Prince Edward County) and manages another 6 hectares (14.8 acres). Hardie owns no vines in Niagara, but has long term relationships with growers, where he has been buying from roughly the same plots every year since 2004. Hardie started out with two red clay-rich spots, but has moved to sourcing Niagara Chardonnay grapes from as many as five different sites nowadays, depending on the vintage. Although he doesn’t own any vines in Niagara, Hardie dictates the viticulture practices and checks on progress weekly, while his team does the picking.

Hardie grows and makes wine from a number of different varieties, including Chardonnay, Pinot Noir, Melon (the wine used to make Muscadet in France), Pinot Gris, Riesling, and Cabernet Franc. He has roared to the top of Canadian quality wine hierarchy mainly because of his success with the first two varieties in that list, although I firmly believe his Cabernet Franc to be especially promising too.

This report covers a vertical tasting of Chardonnays, possibly Hardie’s most successful wines to date. Hardie actually makes four different Chardonnay wines in any given year: Chardonnay (Niagara Peninsula), Chardonnay (Prince Edward County), Chardonnay Cuvée L (Ontario), and Chardonnay Cuvée des Amis (Prince Edward County). The last two are made in very small  quantities and in only the best years (since 2004, each has been made only in two vintages). The outlier in this group is Cuvée L, which is the only blended Chardonnay Hardie makes: it’s a mix of both Niagara and PEC fruit (usually a blend of roughly 70% Niagara and 30% County grapes), and hence carries the more generic Ontario designation. According to the Ontario wine appellations, Hardie can’t label the wine with either the Niagara or PEC names. The Designated Viticultural Areas (or DVAs) regulate precisely where the fruit has to come from (besides establishing a slew of other guidelines) much like France’s AOCs (Appellation d’Origine Controllée) or Italy’s DOCs (Denominazione di Origine Controllata). Last but certainly not least, the Chardonnay Cuvée des Amis, from 100% County fruit, ages in used 500-liter tonneaux and is bottled only in magnums. In my opinion, it is this wine that best showcases the characteristics of PEC’s unique terroir. 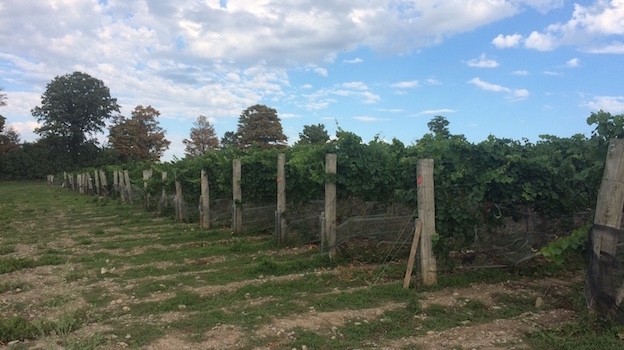 Clearly, the Chardonnay that is the most emblematic of Norman Hardie’s production is the Prince Edward County DVA bottling. Hardie is widely considered the best producer (by far) of this still fledgling DVA. Prince Edward Island is a peninsula that juts out into Lake Ontario, and is characterized by a truly rigid, cold growing season, with a short burst of summer heat (but even in this area there are noteworthy differences in microclimate, with the northwestern shore area especially rigid, weather-wise). Coupled with soils very rich in limestone (the wealth in limestone makes PEC the most Burgundy-like of all Canadian viticultural areas), PEC wines are distinguished by low alcohol levels (reading 11.5 or 12% on the label is not at all uncommon), razor-sharp lemony acidity (a calcaire signature), the sharpness of which is quite unlike you’ll ever taste in any New World Wine, and a daintiness of fruit that is truly mesmerizing. These are not wines for those reared on super-ripe, creamy Chardonnays loaded with buttery, toasty oak and vanilla notes.

Niagara Peninsula DVA is a different story: warmer than PEC, with geologically very complex soils characterized by varying amounts of loam, limestone, sand and clay, Niagara’s Chardonnays are always richer and riper than those of PEC, but still very much built along the lines of cool climate Chardonnays: these are high acid, steely wines with aromas of orchard and citrus fruit that are practically never super/overripe and generally do not have high alcohol levels. In a nutshell, you might say the Niagara wines are more reminiscent of Chassagne-Montrachet, while the County’s are more Puligny/Chablis-like. Nevertheless, almost all of Norman Hardie’s wines start off life angular and austere (especially those from PEC), but all round out in time. Hardie likes to use natural yeasts and bottles his wines unfiltered and unfined, with minimal sulfur addition. In the cellard, the Chardonnays remain sulfur free until the malos are finished. 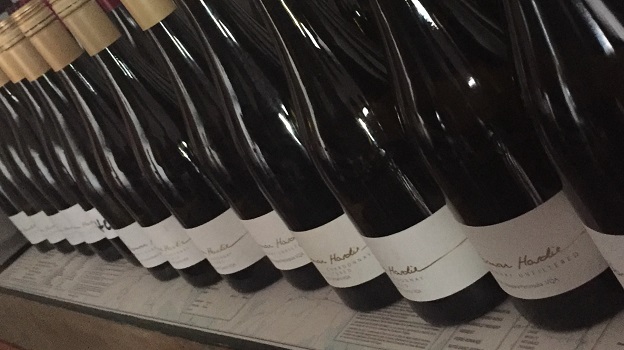 This vertical shows just how well Norman Hardie Chardonnays can age and their more than passing resemblance to the steelier interpretations of Chablis (Puligny-Montrachet also comes to mind especially with the PEC bottling). Depending on the vintage, it is my opinion that the quality of these Ontario Chardonnays is right up there with that of very good to outstanding Chablis Premier or Grand Crus.

See all the Wines