Gianfranco Soldera remains one of Italy’s most iconic producers. Our recent vertical tasting in London provided an extraordinary opportunity to check in on a number of Soldera Brunellos back to 1981. In particular, I was struck by how well wines from the less renowned vintages showed. The Soldera tasting was the second event in a Vinous London double-header that began with a vertical of Bartolo Mascarello Barolos held the day before. 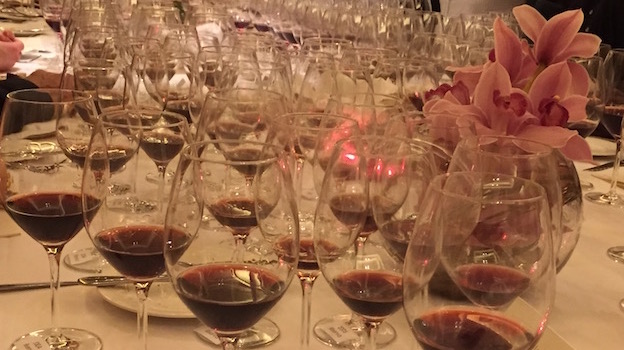 For more on Gianfranco Soldera and his wines, readers might enjoy revisiting my article Soldera: Brunello di Montalcino 1977-2000 which includes quite a bit of historical background information on Soldera and his Case Basse property in Montalcino. As luck would have it, I recently participated in a second Soldera vertical, with many of the same wines. For further reference, those notes are here.

Gordon Ramsey’s maze was once again an ideal setting. The cuisine was creative, but not overly whimsical, and all the dishes worked beautifully with the wines. We opened the bottles a few hours before service and checked them for soundness. None of the wines was decanted. I chose to open wines from the most challenging vintages, such as 1981 and 1987 last, expecting they might lose some intensity if opened too soon. Instead, the opposite happened, as those wines only improved with time in the glass. As is our custom, the wines were served in thematic flights rather than in strict chronological order, an approach I find both keeps the palate fresh and allows for comparisons of wines with similar attributes that may be separated by years or even decades. When all was said and done, we enjoyed another memorable London evening of food, wine and conversation. 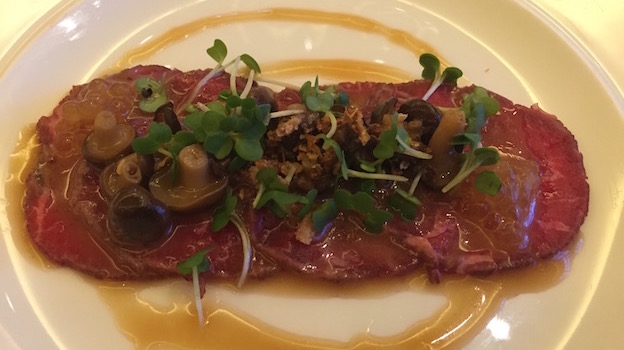 The wines in the first flight show Soldera in his early formative years. One of the real surprises of the night, the 1981 Brunello di Montalcino is magnificent. The aromatics alone are striking. Smoke, saddle leather, herbs and dark-fleshed fruits all develop beautifully in the glass. With time, the 1981 gains a surprising amount of power and freshness. Although mature, the 1981 is marvelously intact. What a great way to start this tasting. The 1982 Brunello di Montalcino is one of Gianfranco Soldera’s early masterpieces. A rush of sweet red cherry and plum notes open up first in a deep, vertical Brunello endowed with superb balance and pure class. Creamy, silky and wonderfully open-knit, the 1982 will drink well for at least another decade, perhaps more. The 1987 Brunello di Montalcino is another huge surprise. Although the vintage may have been largely forgotten, Soldera’s 1987 can’t be. Virile and almost shockingly imposing, the 1987 is a bit burly around the edges next to the very best wines in this tasting, but it has held up beautifully. What a gorgeous wine it is. Expectations are on an entirely different level with the 1988, a wine that delivers big time. Vertical, fresh and nuanced, the 1988 Brunello di Montalcino exudes class. Soaring aromatics, a persistent spine of tannin and a total sense of delineation are the signatures. A host of mentholated, spiced notes resonate on the super-expressive finish. This first flight ends on a real high note. 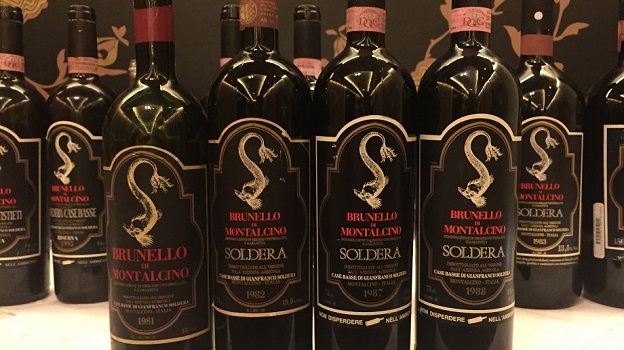 The 2000 Brunello di Montalcino Riserva is a delicate, aromatically nuanced wine. Sweet floral notes, dried cherry and tobacco all lift from the glass. Today, the 2000 does not appear to have the structure of the very best years. If anything, it comes across as a rare Soldera wine that will drink best over the medium-term. Once again, the 2003 Brunello di Montalcino Riserva surprises. Powerful, rich and beautifully layered, the 2003 offers terrific depth, but there is absolutely no sign of the scorching heat that characterized the growing season. Dark cherry, plum and licorice notes meld into the expressive, inviting finish. The 2003 is a rewarding vintage for current drinking. Silky, gracious and lifted, the 2005 Brunello di Montalcino Riserva is another wine that is quite expressive today. Sweet red cherry, mint and floral notes grace a mid-weight, lithe Brunello that shows the more restrained side of the estate. The flavors are pure and nicely delineated, but the 2005 lacks the pure power and depth of the best Riservas. 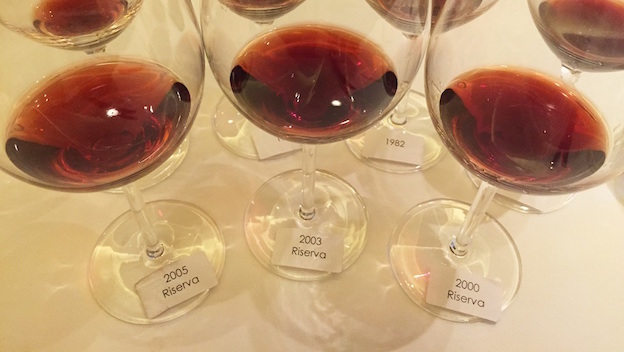 It is a real treat to taste five Riservas from the mid-1990s together. The 1995 Riserva Intistieti is a last minute addition, as I can’t resist the temptation of opening it next to the Riserva Case Basse for the sake of comparing the Riservas from Soldera’s two vineyards. This is a flight of all highlights. The 1993 Brunello di Montalcino Riserva takes us on a journey. It is at times quite open, while at other times it is much more reticent. Powerful, intense and structured, the 1993 is at its best towards the end of the night. Another surprise, the 1994 Brunello di Montalcino Riserva is off the charts. On this night the 1994 is more refined and layered than the 1993, with notable depth and tons of pure explosive power. A host of dark cherry, plum, spice, tobacco and leather infuse the finish. What a wine! 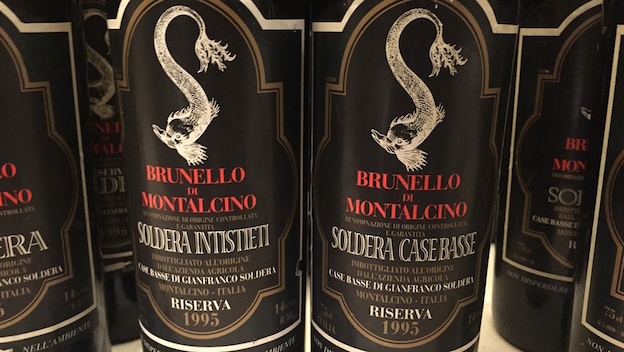 The 1995 Brunello di Montalcino Riserva Case Basse is soft, voluptuous and inviting. An especially racy, forward wine, the 1995 Case Basse impresses with its succulent dark fruit, silky tannins and sexy, alluring personality. Some Soldera wines have real sensual quality. The 1995 Case Basse is one of them. The 1995 Brunello di Montalcino Riserva Intistieti is powerful, vivid and explosive. If the Case Basse is feminine, the Intistieti is bursting at the seams with masculine intensity. Dark, brooding and tannic, the 1995 Riserva Intistieti is simply magnificent in every way. It is one of the highlights of the night. The 1996 Brunello di Montalcino Riserva is another rich, explosive wine. Remarkably youthful and tannic, the 1996 could still benefit from more time in bottle. Although it doesn’t have the finesse of the very best Riservas, the 1996 is super-impressive. 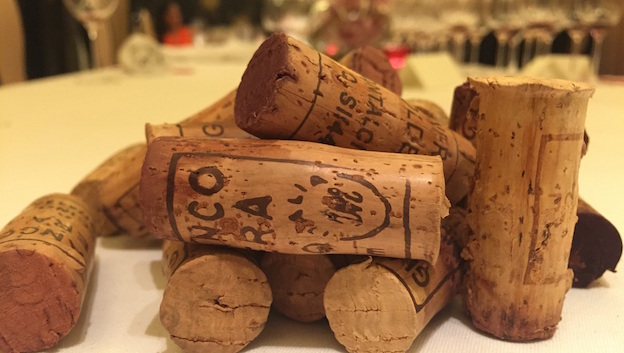 This flight of more recent benchmarks is fabulous. Where should I start? The 1997 Brunello di Montalcino Riserva is rich, flamboyant and exceptionally beautiful. The ripeness of the vintage comes through loud and clear in the wine’s soft contours, and yet the 1997 is incredibly well-balanced and harmonious. I wish I owned more of it. The 1999 Brunello di Montalcino Riserva belongs to the group of Soldera’s most tannic, structured wines. Explosive, deep and powerful to the core, the 1999 is a tightly-wound ball of energy. I suspect it will still be a special wine in twenty years. Finesse and power come together in the 2001 Brunello di Montalcino Riserva, a wine that simply has it all. There is not much left to say, except that the 2001 is one of the most complete and impeccable wines Gianfranco Soldera has ever made. Tonight it is simply magnificent. The 2004 Brunello di Montalcino Riserva, on the other hand, might be the single most elegant wine ever made at the estate. Silky tannins, soaring aromatics and finely sculpted fruit elevate the 2004 into the realm of the truly sublime. It is another remarkable, moving wine.

This last flight brings the evening to a rousing finish. The 1983 Brunello di Montalcino, tasted from magnum, is exceptional. Dark, powerful and brooding, the 1983 possesses marvelous depth. A host of tobacco, smoke and leather notes add to the wine’s imposing personality. One of the many highlights of the evening, the 1983 Brunello di Montalcino Riserva has an extra level of sweetness density than the straight Brunello, with even more tannic heft underpinning the fruit. Tonight, the wine is every bit as magnificent as its reputation. 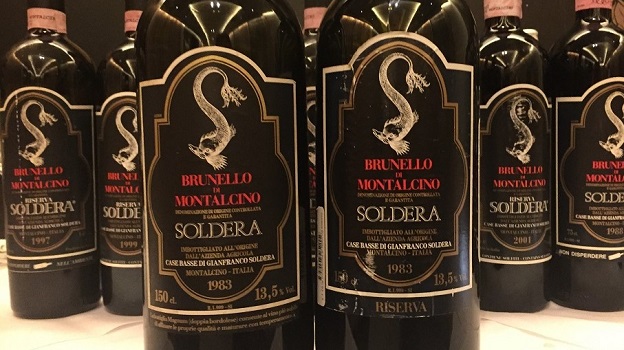 The 1990 Brunello di Montalcino Riserva is simply the 1990 Riserva. That’s all there is to it. Dark, unctuous and remarkably opulent, the 1990 is like no other wine in the Soldera canon, except possibly the 1983 Riserva. Utterly seamless and voluptuous, the 1990 Riserva is also one of the greatest wines ever made anywhere. It’s not easy to follow the 1990 Riserva, but the 2006 Brunello di Montalcino Riserva is more than up to the challenge. Bright, translucent and beautifully focused throughout, the 2006 is all about energy and delineation. It is remarkably accessible for a young Soldera. 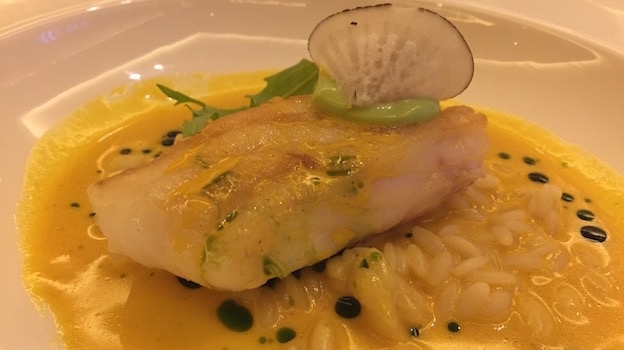 As the evening wraps up, my most enduring memory is surely the consistency of the wines. All of the famous vintages live up to their lofty reputations, but so many other wines are deserving of a special mention, especially those from weaker years that show what is possible with the right combination of passion and a relentless pursuit of excellence. 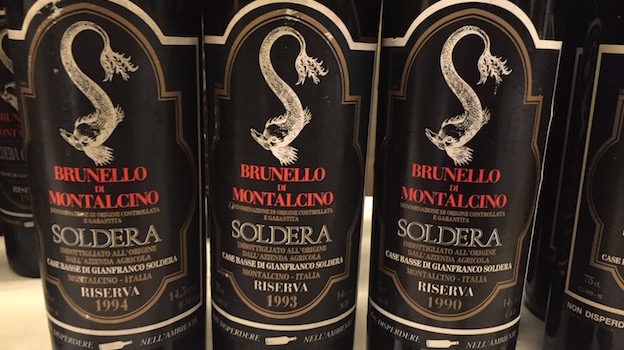