This vertical tasting of Clos de la Roche from Domaine Hubert Lignier took place at Noizé restaurant in January 2020, just prior to the pandemic. It was a pleasure to see winemaker Laurent Lignier make the trip from Morey-Saint-Denis. Laurent Lignier represents the fifth generation, following his father, Hubert, who took the reins in 1983. My first encounters with the domaine came very early in my career, with several bottles of Clos de la Roche opened at lunches long before I visited. Later, when I did call in at the estate, I remember Hubert Lignier coming out to meet me in a very chic Seventies-style short-sleeved shirt, a little perplexed as he had been expecting me the following day. 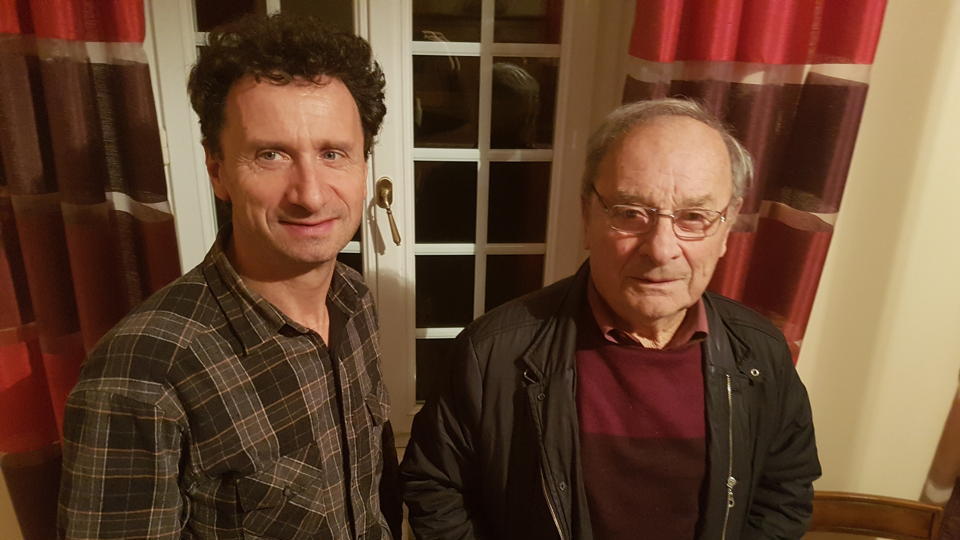 Hubert and Laurent Lignier, pictured in Morey-Saint-Denis in 2018.

The domaine was established in the 1880s by Jacques Lignier, contemporaneous with the arrival of phylloxera in the Côte d’Or. His son Jules Lignier expanded the holdings to 2.5 hectares in the 1920s. Jules had three sons: Georges Lignier, whose son founded Domaine Georges Lignier; Maurice Lignier, whose lineage founded Domaine Lignier-Michelot; and Henri Lignier, whose son is Hubert Lignier. Hubert started working at the winery in 1959 after completing his military service. At that time, they did not bottle their own wine; instead, it was sold to merchants, which was commonplace then. The domaine began to bottle small quantities for private clients in the 1970s, and for importers the following decade.

In 1992, Hubert Lignier’s son Romain took over winemaking duties, but Romain died tragically in July 2004, leading to intra-familial repercussions between the Ligniers and Romain’s widow, Kellen. I remember visiting at a time when, for all intents and purposes, Hubert was locked out of his winery. Children’s toys were scattered around the courtyard, and Hubert rued that his grandchildren could no longer play with them. Thankfully, the issues were eventually resolved.

Hubert Lignier’s other son Laurent had worked with his father in 1986 and 1987. “I remember doing a lot of pigeage,” he told us during the January 2020 tasting. “I was naked!” After stints at Pernod Ricard and Albert Bichot, and presumably now clothed, Laurent Lignier returned to work at the domaine in 2004 and took full control of winemaking duties two years later. Since 2014, after the original holdings returned to the family, Laurent Lignier has expanded the portfolio considerably via a series of acquisitions, fermages and joint ventures. Until recently, his father always popped in to say hello, dressed in his vineyard overalls, still with the calloused hands of a man who spent all his life among vines. It’s only in the last couple of years that Hubert Lignier has taken a well-earned retirement, though he is always on hand to give advice to Laurent.

Lignier’s holding of Clos de la Roche occupies 0.90 hectares: 0.62 hectares in the Monts Luisants climat toward the north, planted in 1955 and 1965, and 0.28 hectares in the Les Fremières climat to the south. The soil comprises white limestone, clay and marl over mid-Jurassic rock known as dalle nacrée. Since 2017, the domaine has also made a special cuvée known as “MCMLV” that comes from 0.27 hectares of the aforementioned vines, planted in 1955 through a massale selection by Henri Lignier, that often suffers millerandage. The first vintage to use whole clusters was the 2006, with 15% of stems. Laurent Lignier has steadily introduced more organic viticulture, and where Romain Lignier used around 50% new oak, Laurent uses less, a maximum of 30%. Laurent explained that he matures the wines for 20 or 21 months with no racking after the malolactic fermentation. Hubert Lignier bottled the wines directly from barrel, one old and one new, up until 1986, when they switched to a bottling line. The wines are now bottled using gravity. 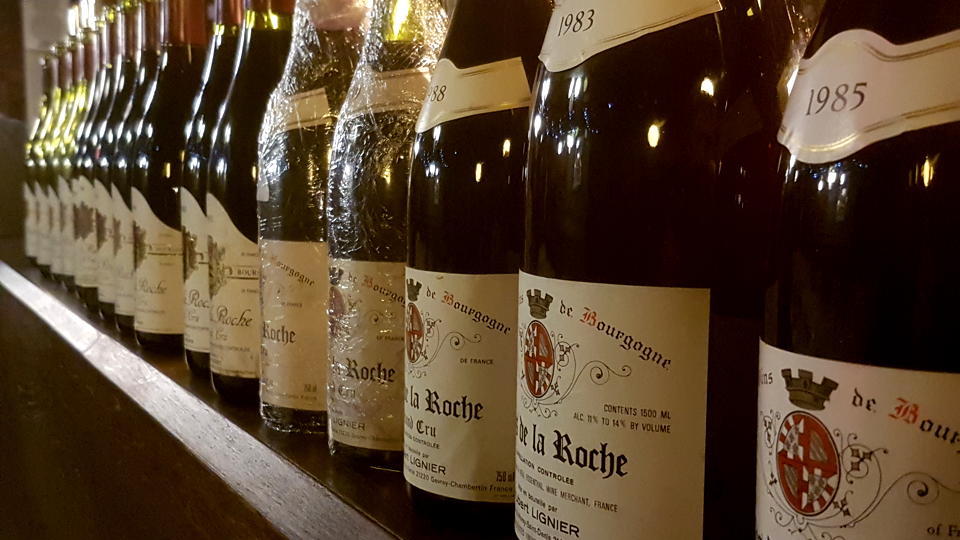 It is always difficult to comment on a winemaker’s approach when they are no longer with us. That said, I have to confess that my style of Pinot Noir chimes more with Hubert and Laurent Lignier’s oeuvre than Romain’s. That was the style in vogue at the time, which is a little too modern and oaky for my personal taste. I might be wrong, but I suspect that had he lived, Romain Lignier would have changed his methodology, as many have done in recent years, including Laurent. This underlines why I am occasionally severe toward some of the domaine’s wines from the mid-1990s.

Of the oldest vintages, the 1974 Clos de la Roche was showing its age, notwithstanding that it originates from a challenging growing season. However, the 1978 Clos de la Roche was in sparkling form, featuring scents of brambly red fruit on the nose and fine-boned tannins on the piquant palate – absolutely delicious after 42 years. The real turn-up for the books in the following decade was a strong performance by the 1986 Clos de la Roche; I was not the only person present who expressed a preference for this over the 1985 Clos de la Roche. While the 1985 was fleshy and playful, the 1986 was supple and pepped up by a touch of volatility; this particular bottle kept improving with all the time in the glass.

The 1990 Clos de la Roche, if I recall correctly, was the first that I ever tasted, in the late 1990s. It remains a brilliant wine, barely containing its energy and vivacity. The 1993 was more loose-knit and tertiary in style, a little austere but developing flesh on the finish. Subsequent vintages are more concentrated, perhaps even ostentatious, dense and occasionally muscular. Personally, I found the 1999 Clos de la Roche rather brawny, and the 2000 far better, which contradicts the reputations of those growing seasons. But I have to bow down to the stunning 2002 Clos de la Roche. One of the vertical’s highlights, the 2002 delivered fabulous acidity and a shimmering finish that was sapid and spicy. Even the 2003 managed to shrug off the heat of that infamous hot summer, the terroir perhaps lending freshness to fend off any over ripeness. Of the more recent vintages, the 2010 Clos de la Roche stole the show with a profound tobacco-tinged bouquet and an amazingly focused, tensile palate that prefigures subsequent vintages, where I believe this wine has reached new heights. 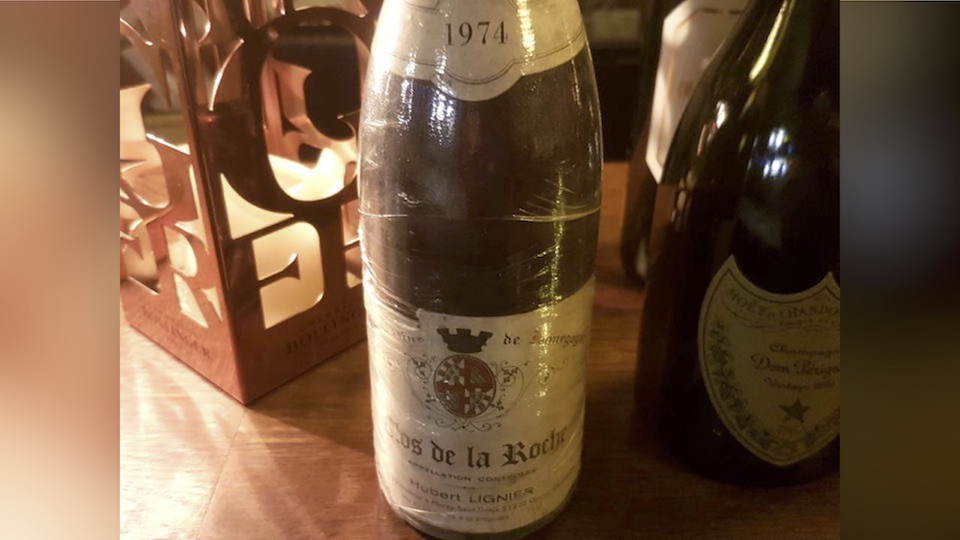 This was an informative tasting. These wines all mandate long periods of cellaring – not just the Clos de la Roche, but most of the cuvées in the estate’s wide range. It was not a vertical where every single bottle deserved superlatives, and high points such as the 1978, 2002 and 2010 often illustrated the shortcomings of other vintages. But in a way, they tell the story of the domaine, which is exactly what wine should do. The Lignier family have endured more than their fair share of tragedy in recent years, but looking forward, the domaine is in safe hands.

Thanks to Jordi Orriols-Gil, who organized this splendid and informative vertical tasting at Noizé.