In Italy and around the world, Barolo may grab most of Piedmont’s wine spotlight, but the truth is that Barbaresco can be capable of similar magic. In fact, I would argue that very few Barolos arte better than some of Bruno Giacosa’s magnificent Barbaresco Santo Stefano wines of the 1970s and ’80s, his own Barolos included. Clearly, Barolo and Barbaresco are different wines, and so in any discussion of the truly outstanding examples of each that have been made over the last five decades or so, it all ends up being a matter of different strokes for different folks. In fact, a closer look at Barbaresco’s production over recent decades reveals a bevy of outstanding world-class wines made in the region, including those by Bruno Rocca, Cigliuti, Giuseppe Cortese, Sottimano and others. That list also includes Ceretto’s marvelous Barbaresco Asili—originally named Bricco Asili prior to the advent of the official MGAs (Menzione Geografica Aggiuntiva) in 2007. 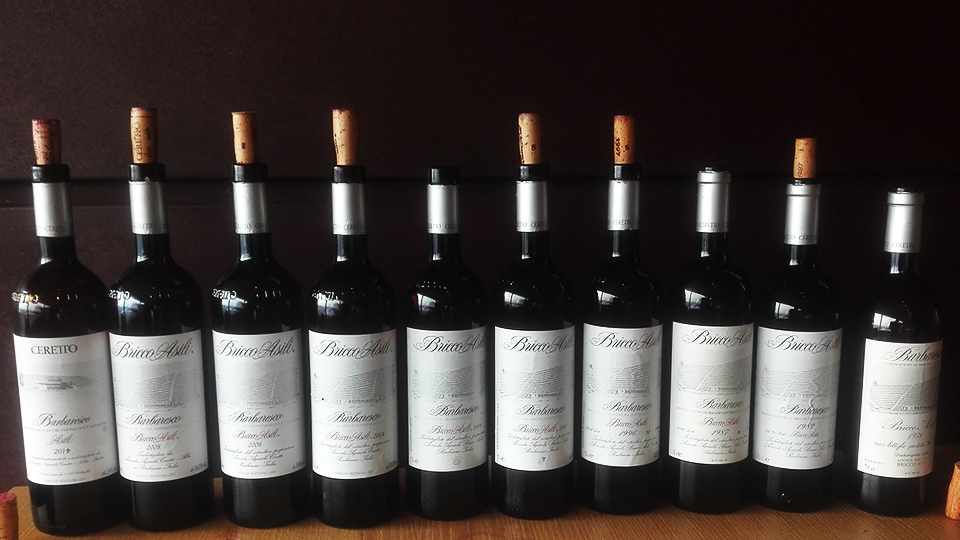 Ceretto is living proof that small is not always better. This landmark Piedmont estate, based in Alba, produces close to a million bottles a year of good to outstanding wines across a large range of varieties and styles. Thanks to brothers Bruno and Marcello Ceretto, a dynamic duo who complemented each other magnificently (Marcello a talented winemaker, and Bruno a tireless world traveler and promoter not just of Ceretto but, to the family’s credit, of all the gastronomic treasures of the Langhe), Ceretto was one of the first Langhe wineries to gain worldwide renown at a time, in the ’70s and early ’80s, when Barolo and Barbaresco were hardly the success stories (outside of Italy, at least) that they are today.

Recently, a new generation of sibling duos at Ceretto has followed in those big footsteps and is now at the helm: Marcello’s children Alessandro (now Ceretto’s chief winemaker) and Lisa (who directs the financial side of the business) and Bruno’s children Federico (the export manager, who if at all possible is even more indefatigable in his travels than Bruno) and Roberta (in charge of marketing as well as being a gifted public speaker). The family has also distinguished itself by building a portfolio of imported wines crammed with prestigious names, including French stars as Domaine Etienne Sauzet, Domaine Jacques Prieur, Champagne Salon and many more, as well as through its collaborations with the likes of Sol LeWitt and I.M. Pei, respectively the artist and architect responsible for the frescoes in the chapel at La Morra and the glass cube structure in the vineyards at Castiglione Falletto. As the Cerettos apparently felt that they weren’t accomplishing enough in their free time, they have also opened two very different but equally popular restaurants in downtown Alba: a fine osteria called La Piola, and the multi-award-winning restaurant Piazza Duomo. With Ceretto, it’s just a matter of waiting for the next big project to be announced. 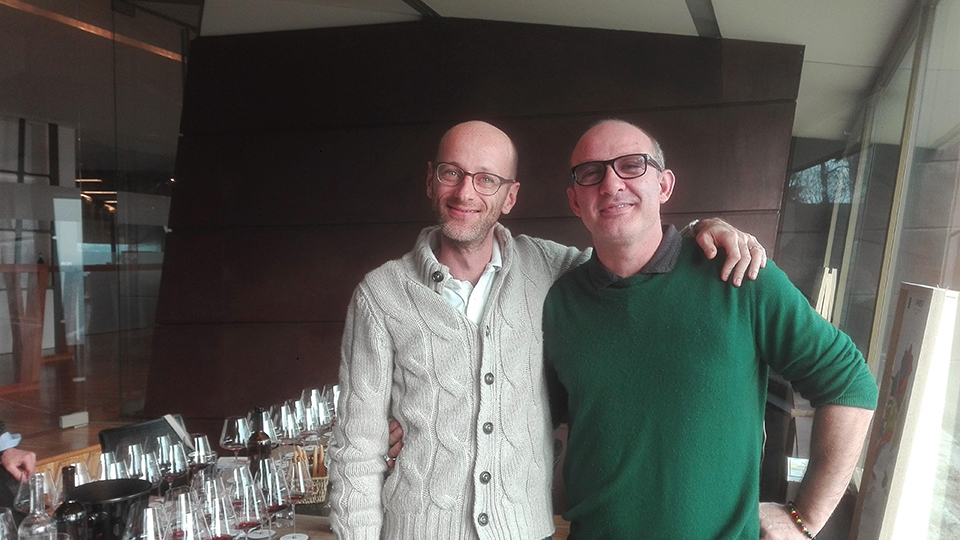 Clearly, all those achievements are impressive enough, but in fact it is vineyards that are the most striking aspect of the Ceretto estate and that offer the clearest insight into the family’s foresight and priorities. Unlike almost all other Langhe producers, the Ceretto family chose to invest in top-notch vineyards very early on, at a time when practically nobody in Piedmont was doing so. Whereas as recently as the 1980s it was commonplace for Piedmontese producers to count on grapes provided via long-term rental agreements (only to face trouble when the owners of such plots of vines refused to renew the agreements so that they could make their own wines), the Cerettos had already begun buying up prime pieces of vineyard land back in the 1970s.

And so the famnily now owns a veritable who’s who of the best sites in Barolo and Barbaresco. For example, the family owns plots in famous Barolo crus such as Brunate (in the La Morra township), Cannubi San Lorenzo (Barolo), Prapò (Serralunga) and Bricco Rocche, which is a Ceretto monopole in Castiglione Falletto. In Barbaresco, the Cerettos own a piece of Asili (along with parcels in Pajoré, Rabajà and Santo Stefano, the latter arguably the single greatest Barbaresco vineyard of them all) as well as part of Bernardot, a little-known but noteworthy cooler-climate, higher-altitude site in Treiso.

The Ceretto family owns about 1.3 hectares of the famed Asili cru (out of the total of 14.25 hectares), bought from the local church in 1973. As with Bricco Rocche in Castiglione Falletto, they named their property and its wine Bricco Asili to underscore the fact that their vines are located at the top of the Asili hill (the bricco, or summit, was always—at least prior to global warming—deemed to be the best place for growing Nebbiolo). Actually, for precision’s sake, the vines are located at the top of one section of the Asili hill at roughly 270 to 290 meters above sea level (the Asili cru as a whole ranges from 200 to 290 meters in altitude). Asili’s soil is mostly calcareous marly clay with noteworthy concentrations of magnesium and manganese. Ceretto’s vines face predominantly south/southwest and are roughly 40 years old (in fact, one-third of the vineyard was replanted in 2010, but only grapes from the oldest vines are used to make the Asili Barbaresco). 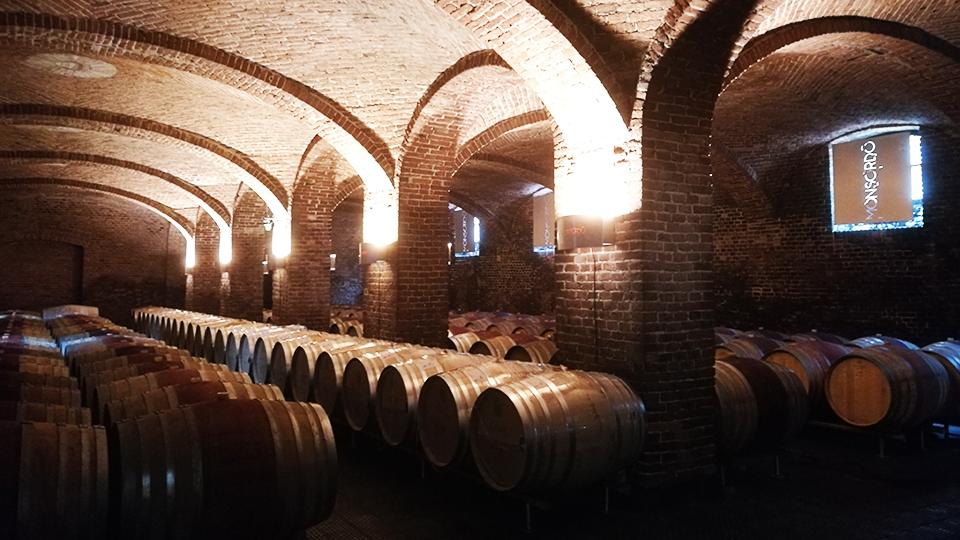 The beautiful cellars at Ceretto

In 2007, the Italian government officially recognized 66 vineyards of Barbaresco by name, and this forced Ceretto to change the name of their wine from Bricco Asili to Asili. This official and binding classification is the closest thing yet to what might be a complete list of Barbaresco’s many crus, even if some of them are so large that they are made up of more than a single distinct vineyard and are thus best viewed as districts rather than single crus. Although specific single-vineyard names are still allowed, more descriptive terms such as bricco are not.

I have always found Ceretto’s Asili to be an exceptional Barbaresco. It’s a wine I have followed closely right from its birth, and I was already regularly drinking vintages such as the 1978 and 1979 during my university days in Rome in the 1980s. (I distinctly remember loving the 1979, a very refined wine typical of that underrated vintage.) In fact, at one point in my life I owned every vintage of Bricco Asili, save for the very first unofficial vintage made, the 1973, of which I have never even seen a bottle. As with most wineries, Ceretto has had its ups and downs and not all of the family’s wines of the last three decades have aged as well as might have been expected. But the Bricco Asili wines of the late 1970s and ’80s were often stellar. More recent vintages have been outstanding too: for instance, Ceretto’s 2014 wines, made from a difficult, rainy vintage that has given better wines than most people expected, are especially good.

Over the years, viticulture and winemaking have evolved at Ceretto, and differences in the Bricco Asili and Asili wines through the years reflect these changes as much as they do vintage diversity and the increasing age of the wines. Marcello Ceretto was the original winemaker was. Donato Lanati was brought on as consulting winemaker from 1989 through 2003; and from 1985 to 2012 Mauro Danieli also consulted herfe. From a viticultural perspective, today Ceretto practices biodynamic farming (they began in 2010 with 12 hectares and now farm roughly 90 hectares biodynamically) and the family has worked closely with soil experts Claude and Lydia Bourguignon, who consult in France and around the world, helping wine-growers understand their soils and terroirs and improve the life of their vineyards. Additionally, for three years beginning in 1990, Ceretto scoured their vineyards and made massal selections of their best Nebbiolo vines in Barolo and Barbaresco, establishing a “mother collection” of the best vines. It is from there that Ceretto sources new vegetative material any time the estate needs to replant a dead vine, a row or a vineyard. 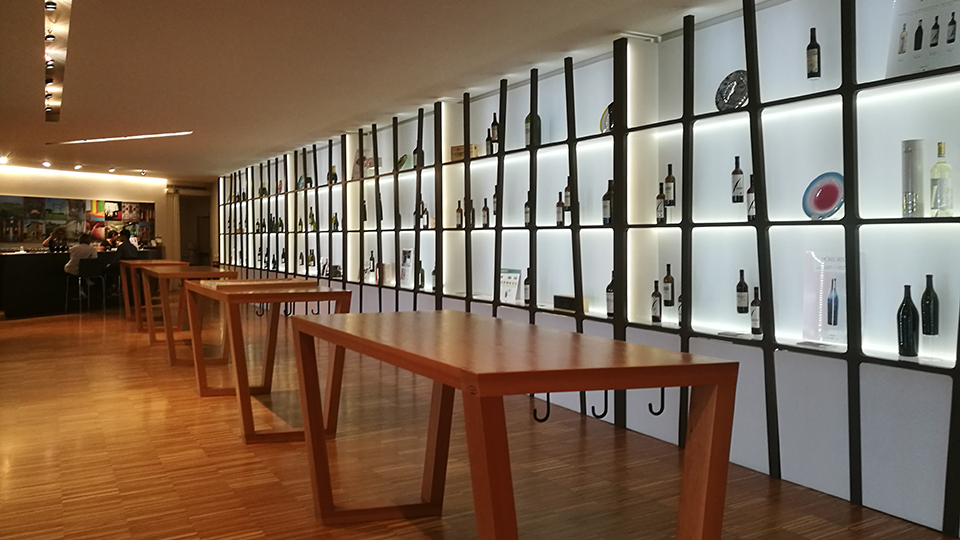 The tasting room and visitor shop

Asili’s Nebbiolo grapes are usually harvested—depending on the vintage, of course—at the end of September. These days, total time on the skins lasts 25 to 30 days, with the fermentation starting at 15°C but never topping 28° or 30°. By contrast, up until the mid-’90s, Alessandro’s father Marcello used the cappello sommerso (submerged cap) technique and the total cuvaison lasted 30 days or more, with temperatures creeping up to 32°C. In the early ’90s, under the guidance of consulting winemaker Donato Lanati, fermentations and contact with the skins were greatly shortened, to about 15 days. But Ceretto found that this wasn’t enough time to fully extract all of the aromatic molecules Nebbiolo skins could give, despite heating the must at the beginning of the fermentation, which was done in an effort to extract as much color as possible at a time when bright red Nebbiolo wines were not considered to be sufficiently dark.

Alessandro Ceretto has also studied the use of various yeasts over the years. In 2009 he decided to stop using the commercial yeasts that the estate had been working with since the mid-’90s. But he was unimpressed with the results obtained by using native yeasts, finding that the risk of irregular or even stuck fermentations was too high, and he returned to using selected yeasts after two years. The oaking regimen for the Barbaresco Asili has also changed over time. When Marcello Ceretto was making the wine in the 1980s and early ’90s, he aged it for two years in large oak casks. From 1996 through 2006, the wine was aged entirely in new 300-liter French oak barrels; after 2006, the amount of new oak was decreased to 33–50%. Beginning with the 2012 vintage, the new oak component was reduced further, to only 10%. Moreover, as of 2010, large Slavonian oak barrels were reintroduced to age the wine during its second year of life (much earlier, Ceretto had used large oak barrels as an aging vessel until 1993, which was the last vintage before the estate switched over to two years of barriques and tonneaux only). 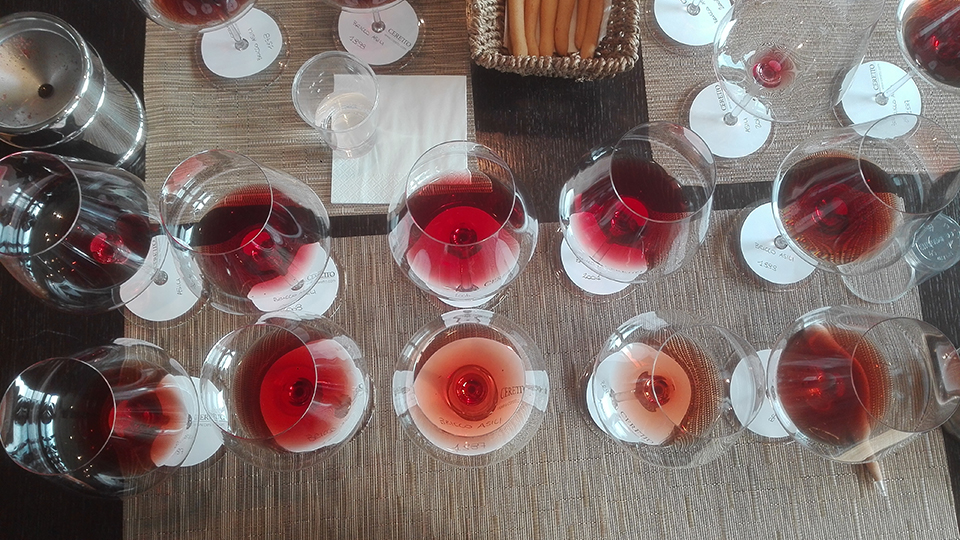 The lovely light color that is Barbaresco

At its best, Ceretto’s Barbaresco Asili is a wine of great refinement and perfume, harmonious acidity and silky tannins, exuding archetypal Nebbiolo aromas and flavors of sour red cherry, wild red berries, sweet spices and violet (and tar with age). The wine’s mouthfeel is especially interesting, as the Asili is remarkably graceful and light on its feet, a characteristic that immediately distinguishes Barbaresco from Barolo but can also be mistaken for leanness. Last but not least, Ceretto’s Barbaresco Asili has displayed remarkably consistent gracefulness and transparency to site.

The wines reviewed in this vertical report were tasted on two different occasions. The first tasting was conducted in February 2017 at the Ceretto estate, in the presence of Federico and Alessandro Ceretto, with the bottles sourced from their cellar. The second was held in Venice in May 2018, using bottles pulled from my own cellar (all but the 1974 purchased upon release), with a few friends on hand. The wines in the second tasting were slightly more evolved (perhaps the result of resting in a milder area close to the sea) than the bottles that came directly from the Ceretto cellar, but my tasting notes and scores were similar.

See the Wines From Youngest To Oldest