Back in the mists of time, I remember Baptiste Guinaudeau, the tousled co-proprietor of Lafleur, unveiling a new wine at his parents’ family home, Grand Village. Christened “G Acte 1,” it was a blend of old Merlot vines and Cabernet Franc rooted not on Pomerol clay but on Fronsac limestone. Though it was just a barrel sample, I was both intrigued and impressed by this new addition to the portfolio, and since then I have tasted every vintage, though never together as a vertical. That was rectified last March when Guinaudeau’s indefatigable right-hand man, Omri Ram, came to London to show Acte 1 to 8, explaining how its raison d’être and composition have altered over the years, predicating its reincarnation in 2018. It has been a rather complicated, ongoing transition.

“The creation of a new vineyard aimed at making ’Grand Vin‘ takes a lot of time,” Ram explained, gesticulating wildly as ever, dropping the occasional “did he just say that?” expletive and barely pausing for breath. “It's difficult to separate the evolution of the vineyard into clear chapters. Instead, we should talk about a curve of evolution during which there is an important change. Simplifying things, we can say that the first phase of this project had two chapters: before Bouchet from 2009 to 2012 and after Bouchet from 2013 to 2016 [Ram uses the local name for Cabernet Franc]. But this project was and is in constant evolution, with changes and additions made every year.” 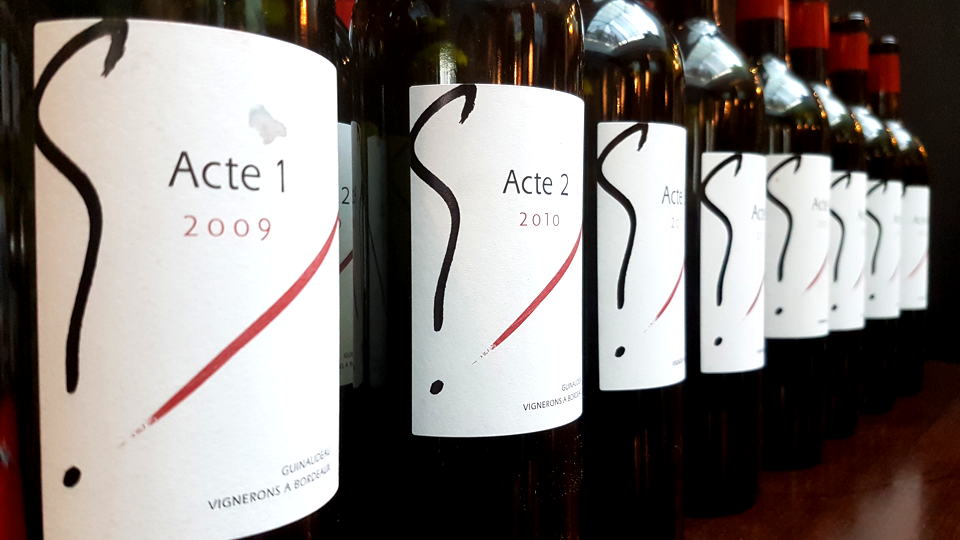 “The project started in 2009 with Acte 1, based on the best parcels of Merlot and the different clones of Cabernet Franc that existed at Grand Village, 326, 327 and 214.” Ram described these as “reference parcels,” ostensibly a testing ground for their new project. “Between 2010 and 2012 we gradually eliminated two of the three clones of Cabernet Franc after detecting an important difference in quality, so that by 2012 the Cabernet Franc part was dominated by the 214 clone, which gives small berries and a better skin-to-liquid ratio.”

“In 2013 we saw the first Bouchet in Grand Village that came from a selection massale from 117 vines within Château Lafleur. They have made a huge difference to the quality of the wine. I see that as a real turning point, taking it to a new level in terms of mineralité and length. Between 2014 and 2017 this percentage [of selection massale] has gradually increased. New fruit comes from a parcel on the clay-limestone soils of the Plateau de Meyney, around 6km east of Grand Village, where we plant equal percentages of Bouchet and Merlot. We see that as the ‘real‘ vineyard for future releases. By 2018, 90% of the Bouchet came from the selection massale instead of the 214 clone, which is why we felt it was ready to be baptized with a new name, Les Perrières de Lafleur. More and more parcels on the Plateau de Meyney will enter production, and it will ultimately end up as a four- or five-hectare vineyard. The fruit of Les Perrières is vinified in our cellar at Grand Village, which is much closer to Meyney than Lafleur. As this is a new vineyard, we cannot be certain that whatever works for Lafleur or Grand Village will work well for the new wine, but we find the DNA of Lafleur in this vineyard: the silky texture, the nobility of the tannins, the length and minerality. It is the same DNA but translated through limestone.” 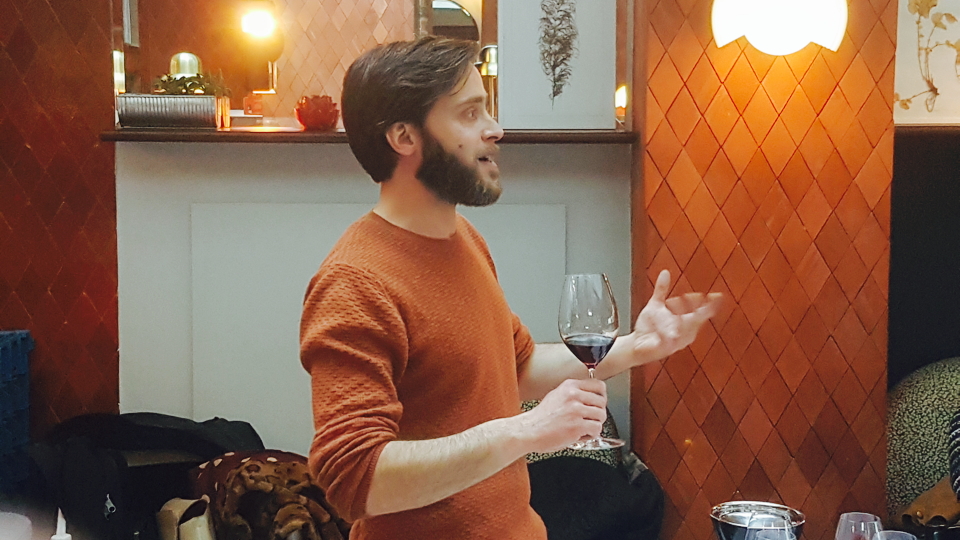 Omri Ram mid-flow during his presentation of Acte.

I must confess that although I have tasted Acte many times, in the past I was rather vague about the definition of Acte. Ram’s explanation clarified their initial motivation: to exploit Fronsac’s limestone soils. Therefore, the vines at Grand Village could be seen as the “launching ground” before shimmying over to the Plateau de Meyney; ultimately this transition will mean that the entire production will be sourced from there. But it also revealed a second motivation: to exploit the Cabernet Franc from the selection massale of Lafleur. This provides a linkage between the two wines, hence the rebranding that name-checks its origin. [Readers should note that there is a G Acte 9, comprising a tiny quantity of pure Merlot because of frost.] The 2018 vintage will see the maiden Les Perrières de Lafleur. I did suggest to Ram that consumers might misconstrue Les Perrières de Lafleur as a cuvée originating from the titular vineyard, like Pensées de Lafleur. Think of Les Perrières de Lafleur not as a direct offspring of Château Lafleur, but as a scion born with the same DNA transposed onto a different soil type.

Though Ram argues that the 2013 vintage represents a significant turning point thanks to the introduction of the selection massale vines, in terms of the style and attributes of the wine, this vertical suggests that in fact 2014 is the turning point. With the exception of the 2012, I actually admire the manner in which the early vintages have aged, and if you have some in your cellar, you can drink them now or keep them for another five or six years. Post-2014, the contribution of the selection massale Bouchet suffuses the wine with tension and nobility, and certainly more precision.

Of course, the next exercise is to compare Les Perrières de Lafleur against Château Lafleur. Watch this space.