Last September, twelve months or, in other words, a lifetime ago, I had the opportunity to taste through several decades of Larcis Ducasse. It seemed a more productive way to spend a Saturday morning in Bordeaux, instead of lazing on a beach in Arcachon devouring my weight in oysters or mooching around the city’s chichi boutiques. I was eager to attend this biannual tasting since I was unable to materialize at the last edition, though Vinous readers can refer to Antonio Galloni’s account in his report published in March 2017. I thought that it would be interesting to compare respective observations of overlapping vintages bearing in mind they are different bottles and tasted two years apart.

Usually, I deep dive into the history of the property, though on this occasion, I will spare you a history lesson as it was covered this in the aforementioned article. However, I will add a couple of anecdotes from proprietor Jacques-Olivier Gratiot, who has overseen the estate since 1990.

The family has traditionally not been directly involved in the winemaking. They have resided in Paris. Previous generations came down to Saint-Émilion on vacation to lend a hand with the harvest. “There was a great warmth in the growing season,” Gratiot recalled, as we tasted the 1945. “Many estates suffered because of the lack of rainfall. But, in those days, there was a well in the vineyard, so it was not such a problem for us. The first ‘crushing’ was done in wooden tubs (known locally as bastes). Pickers would push bunches down as much as possible so that they could put in more grapes. These would be carried on the back to a horse drawn cart and then to the vat-room. There was always a risk of oxidation and there was no de-stemming in those days.” 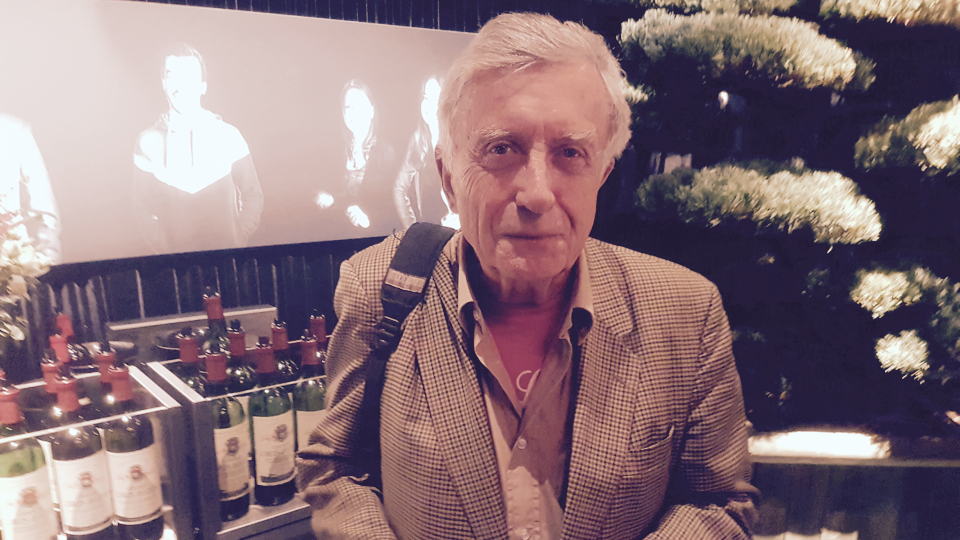 Proprietor Jacques-Olivier Gratiot has overseen the estate since 1990.

In this period, Larcis Ducasse was a very different estate to the present one. Revenues were paltry, so much so that parts of the vineyard were given over to more profitable fruit trees, not uncommon on the Right Bank, up until the Sixties. Gratiot recalled how his mother was obliged to sell her car because they did not have enough money at the end of the month. Back then the sway of power resided with merchants who would come down to select the barrels they wished to bottle. The practice only finished in 1971 under incoming EU rules.

Whereas many Saint-Émilion estates such as Angélus and Ausone began to invest and modernize during the Eighties, Larcis Ducasse remained stuck in the past with outdated modus operandi. It needed a change of personnel to propel the estate forward and fulfill the potential of its terroir whose neighbors include Pavie-Decesse and Troplong-Mondot, amongst others. That came with the appointment of Nicolas Thienpont in 2002 along with consultant Stéphane Derenoncourt, incidentally both present at this tasting, subsequently joined by the talented David Suire. One of the first improvements undertaken was the installation of drainage channels and the replacement of some parcels of Cabernet Franc with Merlot. There was also greater focus picking phenolically ripe grapes obliging harvests conducted piecemeal according to the optimal ripeness of each plot. However, the second wine, Murmure de Larcis Ducasse was only belatedly introduced with the 2010 vintage. “Fruit was harvested from the lower vineyards located on the flatter soils than at the top,” Thienpont explained. “It was easier to pick. You could crop at 55hL/ha compared to 20hl/ha.”

With respect to the wine overall, there is no question that Larcis Ducasse has dramatically improved in the last 15 years, achieving the potential commensurate with a vineyard occupying one of the most enviable terroirs in Saint-Émilion. That said, I did notice that the 2015 Larcis Ducasse displayed an odd malodorous oxtail-like tincture on the nose that did not correlate to previous showings. I will leave a question mark against my score for now. The 2004 Larcis Ducasse is a serious over-performer in one of the decade’s middling growing seasons and as such, probably represents outstanding value. I am not a huge fan of the vintage, yet this punches well above its weight and in fact, it came across more like a 2005. A couple of cases of this overlooked gem would not go amiss in your cellar.

The older vintages are more inconsistent and attest a property that for many years was overdue investment. The triumvirate of great growing seasons, 1988, 1989 and 1990 were missed opportunities, the bottle of 1989 I found muddled and fungal, clearly past what must have been a low peak. Though the 1990 Larcis Ducasse is better, it is beginning to dry on the finish and in the context of other 1990 Saint-Émilions it lacks sophistication. 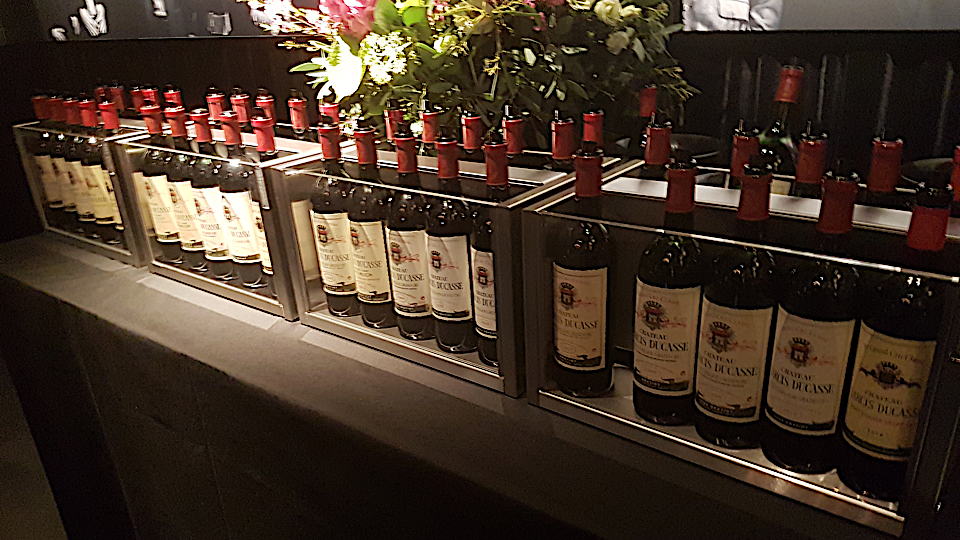 Amongst the venerable vintages, the 1959 Larcis Ducasse stood out with its maraschino cherry scented bouquet. It epitomizes this vintage that tends to be a little more consistent in Saint-Émilion than Pomerol (largely because it was not quite so decimated by the late spring frosts three years earlier that necessitated wide scale re-planting - readers can look forward to further insight into this vintage in the near future.) It trounced the 1961 Larcis Ducasse that I found a little volatile on the nose, despite some improvement with aeration. It never quite kicked on like the best 1961s and felt a little fatigued on the finish. In the context of Right Bank 1961s, it is not terrible by any means – it is more like an “also ran” and marked one of the rare occasions where side-by-side I prefer the follow-up vintage. Indeed, the 1962 Larcis Ducasse displayed much more vigor and cohesion, ditto the very commendable 1966, almost Burgundian in style with hints of menthol. Of course, tasting 1945s is always a privilege, especially when it comes from perfect provenance like this, although having accreted quite a number of tasting notes from this année de victoire, I do not rank it amongst the finest as it lacked a bit of flesh and grip on the finish, and does not have the finesse of a top performing 1945 that are more consistent on the Left Bank.

This was a fascinating tasting of what is presently one of the appellation’s strongest and most consistent performers, not to mention one of its best values. Its reputation suffered by being late to the party in terms of modernization, though it has caught up and perhaps even overtaken the ‘opposition’. To reiterate, Larcis Ducasse continues to represent great value compared to some of its peers not a great distance away.