Château proprietors must be weary of requests to open their best vintages. Not for one moment do I suggest that tasting such wines is neither a pleasure nor a privilege and to do it for a job, well, it is faintly ridiculous. But I liken it to listening to your favourite song on repeat because eventually, you crave something else, something different.

That’s where yours truly comes in. I provide a service where winemakers are free to open alternative vintages, wines from challenging growing seasons, vintages that come with baggage. When I dropped in to Pichon-Lalande last September to meet Nicolas Glumineau, primarily to taste the 2019 in bottle, he asked if there were back vintages I wanted to taste. The conversation went something like this. I fully-admit to fabricating bits of our exchange.

“Funny you should ask,” I replied.

“Could you open the worst vintages you have.”

“I mean, vintages that you would never pour for anyone else unless a) they specifically requested and b) you knew that they would not be offended and c) that the person was me.”

“Really. I’m not talking mediocre vintages. I am talking about really rotten vintages, most likely made from rotten fruit. I want to visit the morgue. I want to exhume the dead. I want to taste the vintages you would rather forget.”

Knowing Glumineau is France’s biggest fan of The Cure, I explained in language he would understand.

“I don’t want to listen to ‘Friday, I’m In Love’. I’ve heard ‘Lovecats’ a million times. I want to hear some dirge that Robert Smith recorded on an off day.”

“Oh, now I see. Well, we don’t have many bottles in our reserves, but I will see what I can do.”

True to his word, Glumineau ferreted around the darkest recesses of his cellar and cherry-picked a few duds. Guess what happened? It turned out to be an enjoyable and definitely fascinating tasting, a kind that I hadn’t experienced for a long while. That was no surprise for this committed forager of off-vintages. But why is that, apart from my kinky vinous perversion? 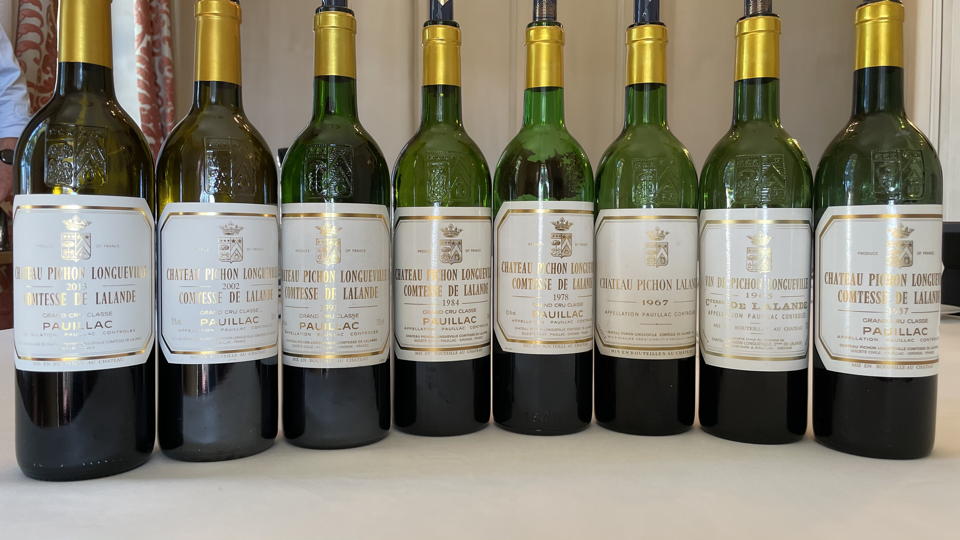 The line-up of miscreants. Probably the only time these will be assembled together.

Firstly, and paradoxically, the most difficult vintages are also the most interesting to examine. These wines evoke questions… What went wrong? Was there a precedent of that mishap or misfortune? How did the winemaker react? Did that remedy the situation? Secondly, shortcomings can be transitory. True, some are so wretched that a Lazarus-like resurrection is less likely than Southend United winning the Champions League. But just as Jesus surprised everyone, not least his mother, upon exiting his tomb, some moribund bottles inexplicably find a new lease on life, enacting their own messianic resurrection. Thirdly, mature wines differ from bottle to bottle. Just because one was in advanced stages of rigor mortis on the mortuary slab, doesn’t mean the next will be.

The cardinal rule when approaching difficult vintages is to put any notion of sensory fulfilment aside. The baseline should be: Is this wine drinkable? If it is, then that’s half the battle won. Look for positives as well as blatant negatives. Don’t assume that a wine can’t improve with aeration and give it the benefit of the doubt before writing it off. There will be bottles that will be no-hopers. There will be one or two that defy all preconceived notions. 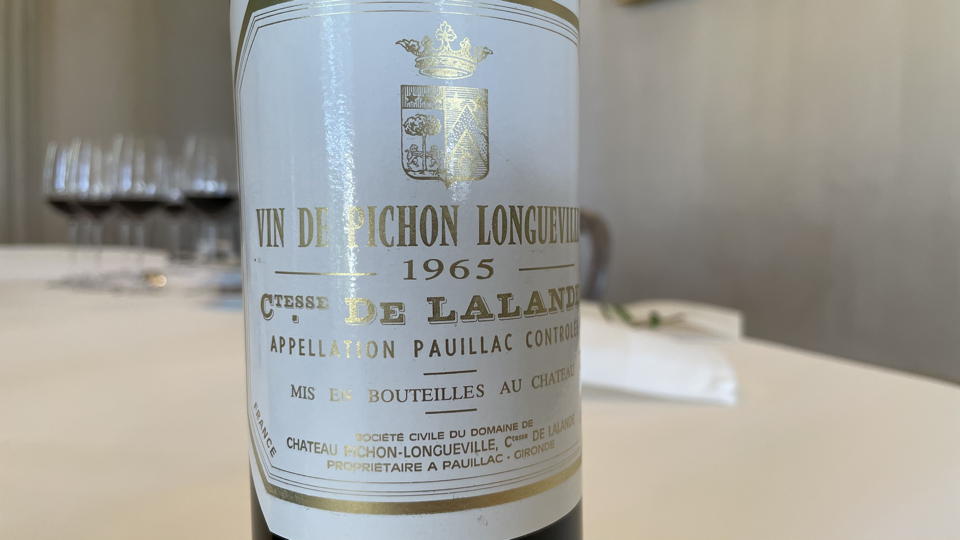 I will not discuss all the wines in detail, though I must single out a couple of surprises because they are wines you might own or come up in auction (often you find such vintages in mixed lots.) Suffice to say that the one turn-up for the books was the 1991 Pichon-Lalande, incidentally, a vintage I bought in quantity in my buying days. What an astute decision, because this unwanted Pauillac was sold for peanuts. In fact, it was probably around the same price as a packet of peanuts. The lesson here is that frost can hamper a growing season, but not necessarily ruin it in the same way as endemic rot can. The 1984 Pichon-Lalande was not bad either, a vintage where Cabernet Sauvignon suffered, but to a far less extent than the Merlot. The only bottle that flickered with life for a minute or two before decaying into a fetid mess was the 1965 Pichon-Lalande, from a growing season so sodden that many châteaux decided not to release any wine at all. Even so, this bottle told its own story. Sure, there is no happy ending, but it was still a worthwhile read, if only for one time – and that’s OK.

Readers may spot vintages like 1959, 1978 and 1989 Pichon-Lalande in this article. Yes, I am fully aware that they are not off-vintages, quite the opposite. But tasting notes need homes and to redress the balance, perhaps I felt dutybound to provide bottles that readers might actually want to drink.

These vintages, perversely, are rarer than well-regarded ones either because volumes were depleted, or they were simply consumed in their youth. None could hold a flicker against the 1961, 1982, 1996, 2010 or 2016, but they fulfilled their role in translating the growing seasons they were unfortunately born in. That is not their fault, nor the fault of the winemaker. The title of this piece is “Bring Out Your Dead” is a bit provocative, and it cannot be denied that this tasting was more to assuage curiosity than to discover wines that provide sensory fulfilment. Yet I repeat what I said before, life would be boring if we just stuck to the same old vintages. Each has a story to tell. I would class none as an embarrassment – but rather merely reflections of their time.