In the late nineties, an earthquake hit Australian wine. It was not in some historic wine region where you’d expect it, but in a place most of us had never dreamed of. No one could quite believe the first murmurs that something special was coming from vineyards planted near Canberra, the nation’s prosaic capital. It would take a little Guigal magic to light the flame.

Canberra has always felt like a big country town. Streets are wide, manicured and welcoming. With grand architecture dotting the landscape, traffic is rare. “Cutting-edge” and “revolutionary” have seldom been descriptors for Canberra. But then along came Clonakilla.

What Canberra did have was hundreds, if not thousands, of scientists. It was home to the national scientific laboratories and the Australian National University, so there were plenty of boffins with spare weekends on their hands, a handful of whom dedicated their time to winemaking and viticulture. 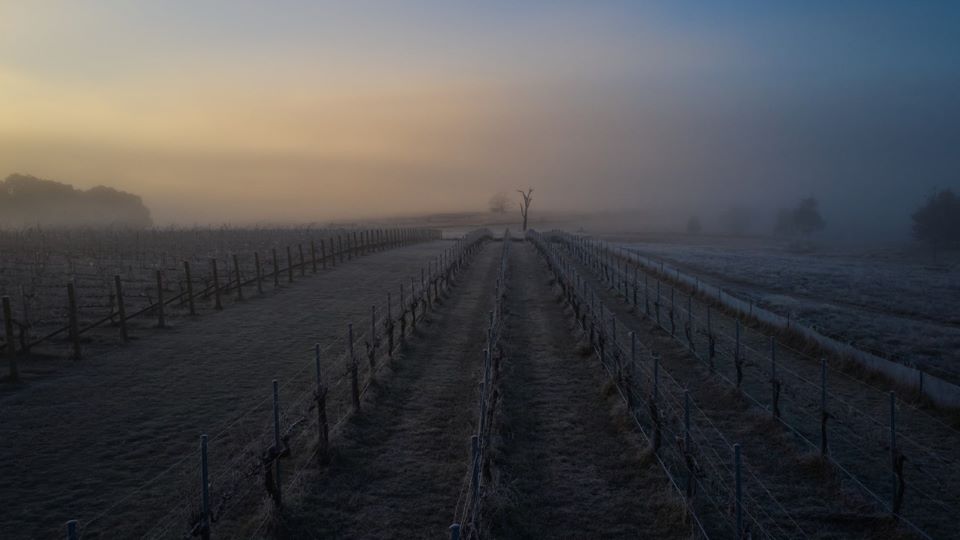 Dr. John Kirk, an Irish biochemist, grew up in a family that owned hotels back in Ireland, including the Hydro Hotel in the spa town of Lisdoonvarna, near the country’s west coast. At a young age, Kirk was tasked with running the wine cellar, sparking an interest later passed down, particularly to his son Tim.

After arriving in Canberra, John Kirk was surprised to find no vineyards in an area where summers were warm to hot. Kirk then studied the local climate and found that the temperatures were not dissimilar to those of Bordeaux. So, he purchased a suitable block north of Canberra at Murrumbateman perched at an altitude of 600 meters that he liked the look of. Kirk named his vineyard Clonakilla after the family farm back in Ireland. There was little knowledge of viticultural science to back up his choice - Kirk just went by his gut feeling. It turned out that the rich soils were volcanic in origin, which has traditionally worked well for Shiraz. But Kirk had claret aspirations, so his first vineyards planted in 1971, some of the first in the whole region, were of Cabernet Sauvignon. Shiraz followed in 1972. Over time, it became clear to Kirk that Shiraz rather than Cabernet Sauvignon would become the hero variety thanks to the local climate. In particular, the diurnal temperature range, which can fluctuate in the summer from between 16 degrees before dawn to 36 degrees mid-afternoon, is well suited to this classic Rhône variety.

The Canberra climate, though, can be challenging with not unusual frosts and often warm and dry summers. The land can also be cruel. In 2003, 500 homes were lost to wildfires in and around Canberra. More recently in 2020, bushfires raged close to Canberra threatening houses in the city. I was traveling in Canberra at the time when choking smoke made breathing difficult, and the sky was bathed in an eerie orange colour with glowing ash swirling in the hot winds. Unsurprisingly Clonakilla did not bottle any wines in 2020.

John Kirk’s first red wines, starting in 1976, were blends of Cabernet Sauvignon and Shiraz, the classic Australian blend. But thanks to the advice of local wine writer Chris Shanahan, wines were later bottled as single varietals. As was typical of many new Australian vineyards at the time, Clonakilla was planted with a fruit salad of grape varieties to explore potential possibilities, including Cabernet Sauvignon, Shiraz, Mourvèdre, Pinot Noir, Sauvignon Blanc, Chardonnay, Gewurztraminer and Riesling. The addition of Viognier in 1986, which was almost non-existent in the country at the time, was an afterthought; John Kirk wanted to push the boat out and experiment with unusual grape varieties. According to the pious Tim Kirk, this fateful decision is the miracle of Clonakilla. 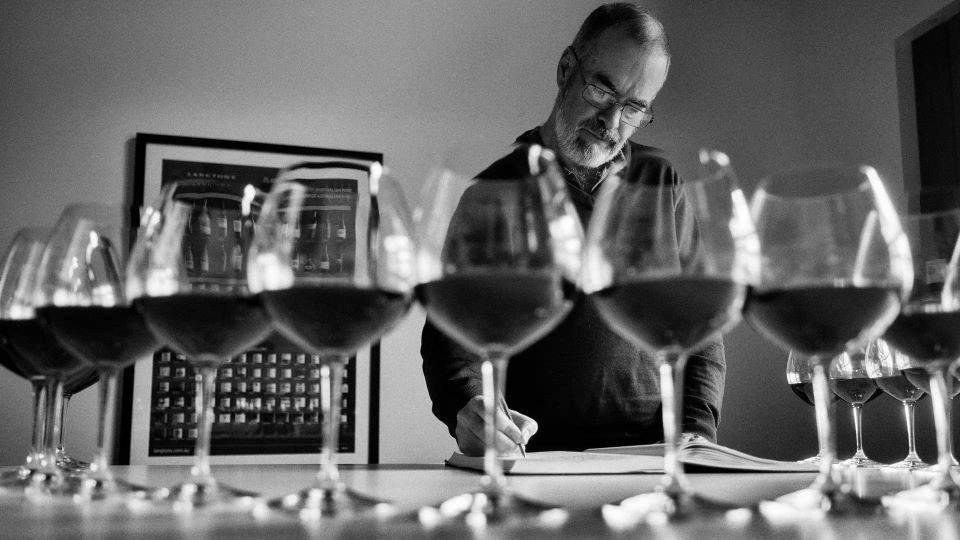 The change to bottling the Clonakilla Shiraz without Cabernet Sauvignon and later blending it with other varieties, including Pinot Noir, Mourvèdre and Viognier, proved to be an inspired move, and the wine immediately began receiving significant praise from customers and the wine trade. While warm climate Barossa, McLaren Vale and Hunter Valley Shiraz were the traditional local styles for the variety at the time, there were already a smattering of other fine cooler climate versions, Syrah styles, that were finally starting to get the recognition they deserved. But there was still one more critical step in the Clonakilla story.

A young Tim Kirk took his new wife, Lara, on a trip to see the world in 1991, with a little bit of work touring the vineyards and wineries of Côte Rotie. Luckily, Kirk scored an invitation to Domaine Guigal, where he met Marcel Guigal. While iconic wines from the Northern Rhône were occasionally available in the Australian market, this was the first time Kirk enjoyed an opportunity to immerse himself in these wines. He was stunned, particularly by the 1988 La Turque and La Moline and what Viognier brought to them, adding aromatic volume to Shiraz and giving it an exotic appeal that had not been seen in Australia before.

“These wines had a profound effect on me. They really moved me, and of course, I began to wonder whether we could ever produce a wine with that level of finesse and complexity from our vineyard in Murrumbateman here in the Canberra District. By what seemed to me a providence, dad had planted Viognier in the vineyard five years earlier to make white wine. It was about to crop for the very first time on our return to Australia in early 1992. I suggested to dad that instead of making a white, we should try throwing it into the Shiraz ferments, just as I had observed in Côte Rotie. To dad’s great credit, he encouraged my youthful enthusiasm, and our Shiraz Viognier was born.” Clonakilla was not the first to blend Australian Shiraz and Viognier, but they were close to it.

Tim Kirk’s tour of the Rhône Valley would also be an impetus for a change in his life. He enjoyed a long involvement with his father’s winery and vineyard, helping to build the winery, among other things, but had yet to step into the role full-time. His key focus outside his family had always been his faith, and he chose a career as a religious studies teacher. But wine was proving to be a significant distraction. The Rhône tour had set off the spark, and in 1997, Tim Kirk moved into a full-time role at Clonakilla as winemaker, although his faith is never far away. “Faith is foundational to my life. I believe God is indeed loving; his goodness is reflected in what we see around us in the natural order. With this philosophical perspective, working with landscapes, vines and wine is a perfect fit for me.” 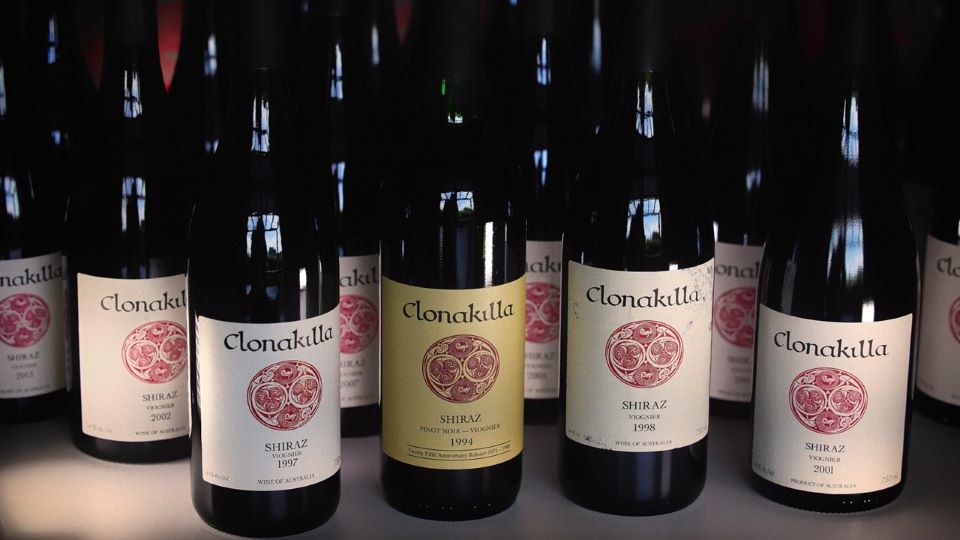 The Clonakilla Shiraz Viognier is made only from estate fruit; over time, new vineyards and clones have come onstream to give more options for blending. There are over a dozen clones of Shiraz and five of Viognier. Viognier is always co-fermented and makes up between four and seven percent of the total blend.

Clonakilla was not the first to use stalks in Australia but certainly was one of the early adopters, starting in 1993. The Shiraz Viognier is made with average 20-25% whole bunches, but each ferment can vary between 0% and 50% stems. Fruit is given a short cold soak before fermenting with skins plunged three times daily for around 18 days. The wine is then run off into French barriques, 1/3 new, generally for 12 months. Today, the Clonakilla Shiraz Viognier is also joined by a straight Shiraz labeled Syrah. In great vintages, it is as compelling as the Shiraz Viognier.

A vertical tasting of Clonakilla Shiraz Viognier was held during a 50-year celebration at Clonakilla. The event spread through a single day and night, including vintage verticals of the Riesling and the Syrah, with some Jamet Côte Rotie and Paul Jaboulet La Chapelle shown for comparison. What stood out most was that the top vintages of Shiraz Viognier could age magnificently well, better than expected, even though early vintages were truly experimental. In addition, the winemaking experience shone through as the consistency of vintages improved over the decades. The best vintages are wines that showcase the sheer diversity that is now a vital element of the Australian wine landscape.

I tasted all the wines in this article at the Clonakilla winery October 6, 2022.

The Not So Wild West: Margaret River in the Groove, Angus Hughson, September 2022