The Barossa: An Ascent to Higher Quality

The greater Barossa winegrowing area has the varied climate, altitudes and exposures needed to make pretty much all styles of wine, ranging from high-tension, dry Rieslings to some of the most decadent, high-octane red wines in the world. Lush, flamboyant and often head-spinning, high-alcohol wines have long defined the region for many wine lovers. Today, Barossa deserves a different reputation.

Ironically, very few over-the-top wines were being made in South Australia prior to the mid-to-late 1990s. In an effort to make a statement and receive attention from journalists and collectors who prized such a style, a number of wineries made the decision to push the ripeness and power envelope to the extreme. They succeeded, for a while; however, the percentage of overall production for these over-the-top wines is smaller now than one might imagine. Cooler (as it were) heads have been prevailing in recent years, and the number of truly elegant, complex red wines from the area continues a steep, upward climb. There is an embarrassment of riches when it comes to old, mostly bush vines, especially in the Barossa Valley itself, with some dating back to the mid-19th century, so there’s no lack of excellent fruit here.

A big factor in the area’s ascent to higher quality and an increasing diversity of styles is the growing presence of younger, well-traveled winemakers who possess a greater appreciation for elegant wines. Winemakers are prioritizing highly conscientious vineyard work, notably sustainability and organic farming. Even several of the largest and most established wineries have made a noticeable shift to making wines of greater detail and energy than those a generation past.

But make no mistake, shy wines are decidedly still the exception rather than the rule across the area. Much like the southern Rhône, conditions tend to be consistently warm to hot, as well as dry. One advantage is that most sites here, aside from the coldest vineyards, are enjoying disease-free growing seasons, with little worry about mildew or general rot issues. Simply put, truly “bad” vintages are tough to find in almost all of South Australia. It’s also important to remember that because of extremely high tariffs, non-Australian wines are consistently wildly expensive, so demand for the best local wines is high, as is the case with all of Australia’s wine regions. Due to the difficulties often encountered in selling their wines abroad, plus a robust Australian market, a number of the most prestigious wineries allocate very little to no wines for international distribution. The old saying that “they keep the best wines for themselves” is quite often the truth here, or at least partially so. 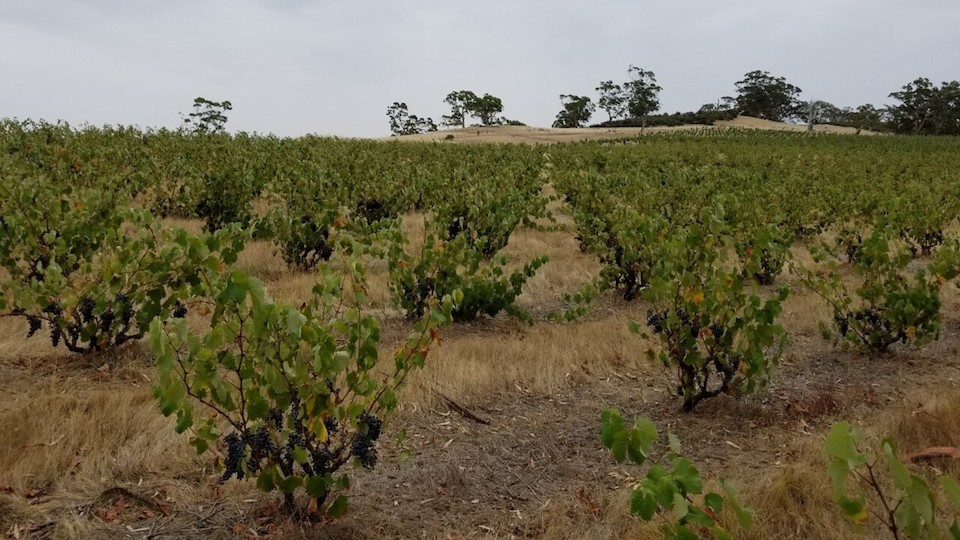 Although Shiraz gets the most attention, Mourvedre has been planted in the Barossa for years, back to the late-19th century.

Several winegrowing regions in the world are as inextricably linked to a single variety in the public’s conscience and few more so than the Barossa Valley and Shiraz. Some of the oldest plantings of wine grapes on earth are of Shiraz planted across 8,000 hectares of land in Barossa. That easily leaves Cabernet Sauvignon, with about 2,000 hectares, in the proverbial dust. Given the huge amount of Shiraz or Shiraz-based wines that have been exported over the years, in the minds of many consumers Barossa (and Australia, for that matter) simply is Shiraz.

While most people view Barossa Shiraz as producing big, rich, full-throttle wines, often with high alcohol levels, the reality is more complex. An increasing number of producers are easing off excessive ripeness and new oak, while emphasizing energy. That’s achieved by adjusting growing practices, harvest timing and harvest times or, more important, depending on more fruit grown in cooler, often high-altitude sub-regions like the Eden Valley. Many winemakers are also using more whole clusters, which, when done right, can impart refreshing spiciness and floral lift to the wines, mitigating super-ripe qualities. This practice is quite popular now across the region, especially among the younger generation of vintners. As mentioned before, the Barossa and its surrounding regions are home to a vast array of varieties, but Shiraz isn’t turning in its crown any time soon. 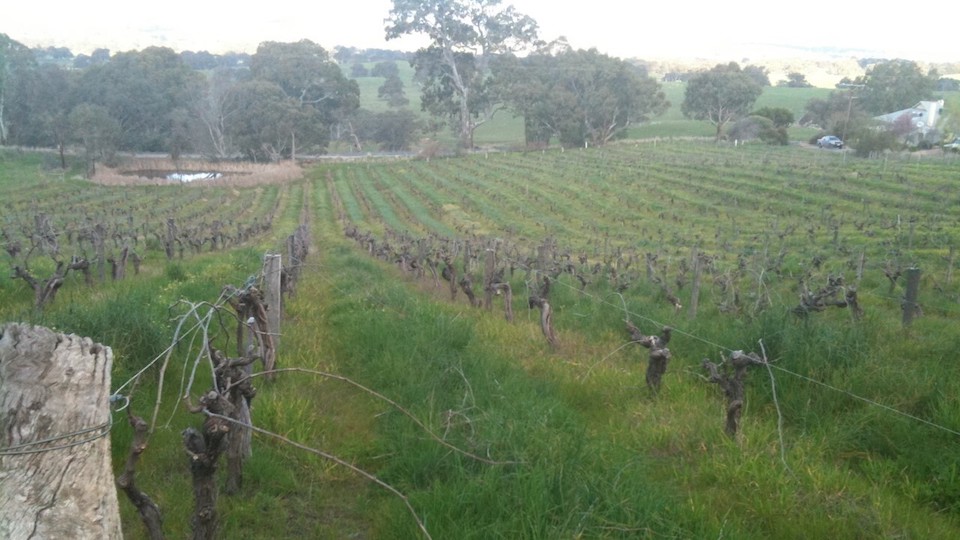 Chris Ringland works with fruit from some of the Barossa's oldest, organically farmed vines, many of which were planted over 160 years ago.

Some of my favorite wines from the greater Barossa region are made from or are entirely Cabernet Sauvignon. This variety tends to get top billing, if not icon status wherever it is planted around the world. Not in Barossa. Here, Shiraz is the unquestioned king of the grapes. There are just over 1,900 hectares of Cabernet Sauvignon between Barossa Valley and Eden Valley, compared to over 7,800 hectares of Shiraz. Cabernet has a long history here, at least as long as Shiraz and Grenache, but circumstances have played in favor of the Rhône varieties across the region commercially, and there isn’t nearly the same buzz surrounding Cabernet. What I find appealing about the best Cabernets here is the combination of ripe fruit and the variety’s inherent savory character, which makes it a best of both worlds situation. It’s interesting how many Cabernets can channel Bordeaux, at least in cooler years, while Shiraz traditionally shows little Rhône-like earthiness or spicy character unless it’s grown in the Eden Valley. In the past, many of the higher end Cabernets were jacked up with often way too much new oak, but thankfully, things have been changing, and there are definitely a greater number of elegant, even restrained Cabernets being made now. 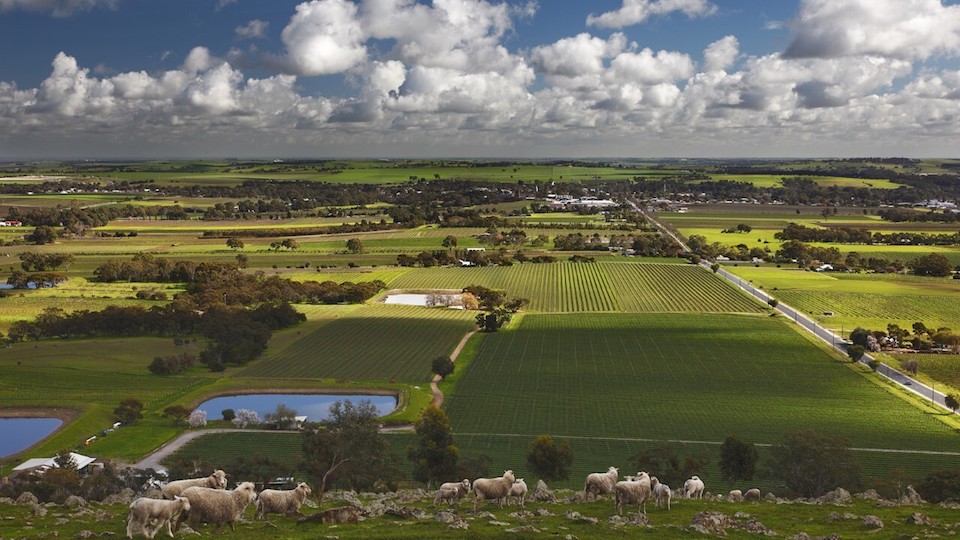 Many of the region's most renowned wineries as well as oldest vines can be found spread across the plains of Tanunda, in the heart of the valley.

Riesling has long been a deadly serious business in Australia. Because of the large influx of German immigrants in the 19th century, Riesling has been a major factor in the greater Barossa winemaking culture, and the locals have maintained their affection and thirst for the wines, especially in restaurants.

For good reason. Clare Valley is perhaps the most famous region for producing world-class dry Riesling outside of the German-speaking countries (and formerly German-speaking regions). High-altitude sectors in the Eden Valley are notable for Rieslings that rival those from Clare and are among the best being made from anywhere, often at very friendly prices. In contrast to most Rieslings from Clare, those from the Eden Valley show deep rather than razor-sharp, citrus fruit character, so they offer more tangerine than grapefruit and deeper pear and apple fruit character, which makes them exceptionally food friendly.

In hotter years, some of the wines can approach Spätlese-levels of heft and fruit intensity, but the favored style across the region (and Australia, as a whole) is dry, often bone-dry, but still with relatively low alcohol levels, as in the 12% range. The wines also age gracefully, as numerous decade- to two decade-old examples have proven over the years. 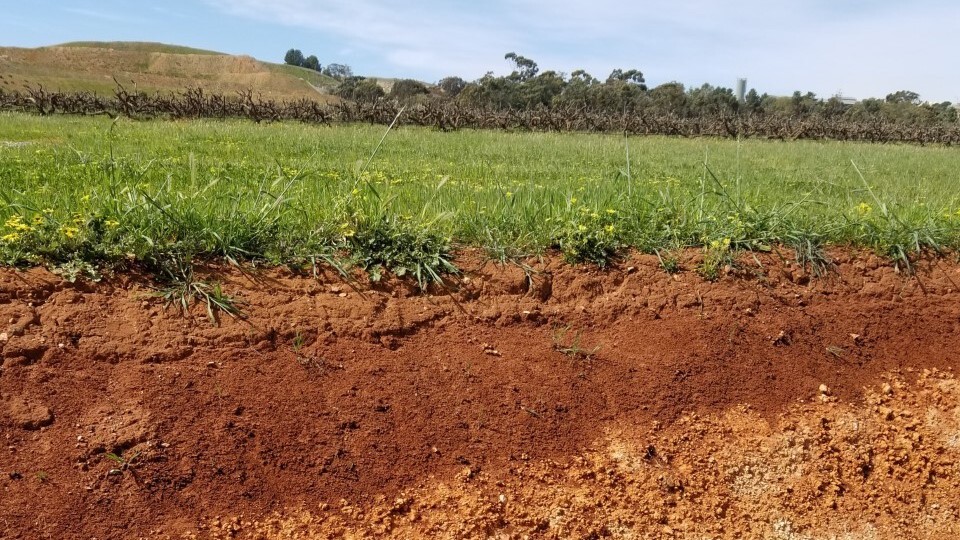 Red clay loam soils abound throughout the Barossa, especially as the altitude rises, and the resulting wines tend to be weighty and lavishly fruit-driven.

Twenty-nineteen was a consistently warm, sometimes hot, and very dry vintage, with predictably generous wines. Yields were low, on occasion painfully so, due to both early spring frosts and the drought that followed. In some vineyards, the crop was off by up to 50%, and the heat was record-breaking, going past 46 degrees Celsius in the last week of January (that’s about 116 degrees Fahrenheit to us Yanks). The white wines from the area show similar generosity, but those sourced from high altitude sites like the Eden Valley can show pretty good, underlying tension. So, while they mostly should be enjoyed on the young side, there is good mid-term aging potential for them as well.

There were slightly higher than normal yields in 2018, but they were still off by about 25% compared to the abundant 2017 vintage. It was warm to hot through most of the late spring and summer, with lower-than-normal rainfall. Temperatures moderated during the last two months leading up to harvest, which helped the fruit retain healthy acidity levels. There is an appealing, fruit-forward character to the red wines, and they tend to show bright, juicy character, which suggests that based on their balance they will age well. The white wines, especially the Rieslings and Chardonnays, are quite fresh, showing good detail, firm cut and zestiness. 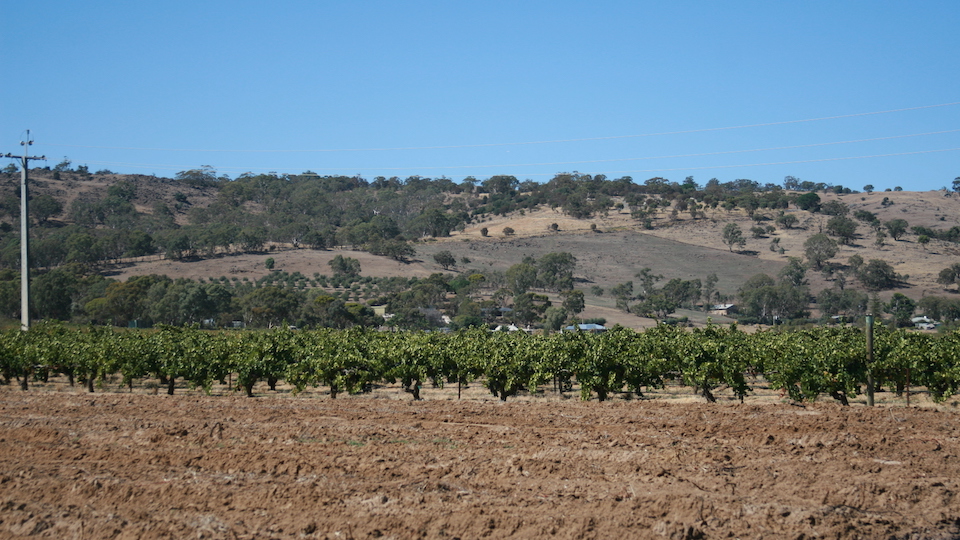 The high-altitude, sandy soils of Vine Vale produce some of the Barossa's most aromatic, complex and balanced red wines.

A cool year by the region’s standards, 2017 was marked by a very late, extended harvest, up to a month longer. Yields were healthy and a third larger than average. The result was complex red and white wines that display, broadly speaking, appealing energy, tension and sharp focus. Perhaps those high yields are part of the reason many of the wines are, happily, fresher than usual, with few of them showing overripe character or ponderous weight. Sometimes more is not necessarily better, especially in a hot climate. The combination of juicy acidity and well-judged tannins in the best wines is a recipe for long aging. Two-thousand seventeen will go down in the books as a truly outstanding vintage.

Two-thousand sixteen has turned out to be an excellent vintage for all varieties, that delivered a healthy quantity of high-quality fruit after the short 2015 and 2014 crops. Conditions throughout the growing season were warm and on the relatively dry side, and the fruit ripened at a steady pace. The grapes were small and acidity levels stayed quite high thanks to the weather cooling off in the lead-up to harvest. There are a number of highlights among the red wines in particular. I think that the best examples are destined for long, positive evolutions. The whites also show high, appealing energy and have been fleshing out nicely while maintaining nerviness and focus.