South Australia, Victoria and a Bit Beyond

The sheer diversity of wine styles in greater South Australia is nothing short of mind-bending. Name it, they make it. From bone-dry sparkling wines through nervy whites to some of the world’s richest wines and on to fortified wines that can age for decades, they’re all here. That makes generalizing about this vast swath of territory a fool’s errand. Some of the freshest and most racy Chardonnays and Pinot Noirs, from anywhere, are produced in the coolest sectors of Victoria, such as the Mornington Peninsula and Yarra Valley, and not so far away, in Heathcote, massive and high-octane bottlings of Shiraz are the general rule. The attitude toward Australian wines seems to finally be shifting to what is and has been happening here, albeit slowly. Still, far too many wine lovers view Australia’s massive and far-flung vinous culture as simply about big, full-throttle reds, all day long. Stereotypes do tend to die hard.

Henschke's famed Hill of Grace vineyard is the source of one of Australia's most iconic wines.

Pinot Noir and Chardonnay Stand Out

One of the great unknown stories for many wine geeks is the consistent high quality of the best Chardonnays and Pinot Noirs from Victoria. The cool, ocean-influenced vineyards of the Mornington Peninsula and the more inland Yarra Valley, are home to a number of wineries that have been producing stunningly good wines for a few decades now. The bad news is that the word is getting out, and the best bottlings, which already enjoyed a strong local following, especially in Melbourne, are becoming more expensive and harder to find. Fans of taut, minerally Chardonnays and spicy, red-fruited and incisive Pinot Noirs will find the Yarra Valley to be a treasure trove. In addition, from personal experience, most examples of those varieties from the region age wonderfully.

Bright Spots on a Dim Horizon

In November 2020, China, Australia’s largest export wine market, slapped the country’s wines with new tariffs ranging from 116% to 218%, effective through 2026. To call that a severe blow to the industry is a drastic understatement. Producers, especially large entities whose business is based heavily on export, were forced to scramble and reset their business models by focusing on other markets, most notably the United States. So far that move has been for the most part successful. Exports to the U.S. of premium Australian wines, such as those reviewed here, have been slowly climbing and, perhaps most important to readers, American importers have become even more choosy than usual when it comes to maintaining or building their portfolios. While some of Australia’s very best wineries remain uninterested in export markets in general, an impressive and increasing number of the top producers’ wines are now available off the continent, even if in small quantity.

The wine-growing regions across the southern tier of Australia, like those in the rest of the world, have been suffering through tumultuous growing seasons that are unprecedented. Early spring frost has been an ongoing danger, and the number of hot to inferno-like summers, almost all of them dry, continue to pile up. That means bushfires, which growers on the west coast of the U.S. are becoming all too familiar with. Many recent vintages here have seen yields far below normal, which puts a painful strain on small, family-owned wineries that don’t have the financial cushion to take too many hits. But the larger operations suffer as well, given the sheer number of people that they employ for vineyard and cellar work. Farming has always been a practice fraught with tension, but things are especially edgy now, based on my conversations with numerous people in the industry. 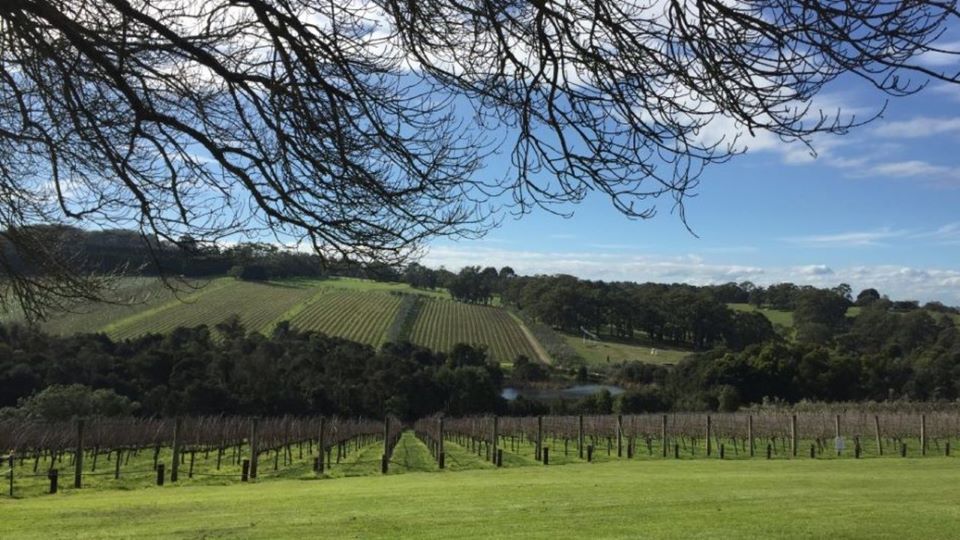 Mornington Peninsula, on Victoria's southern coast, is home to a number of small wineries, like Moorooduc, that produce world-class Pinot Noir and Chardonnay.

Two thousand twenty-one is set to be a remarkable vintage across all of Australia. I have only had the opportunity to try a handful of wines from the southern regions, almost all of them white, but it appears that glowing early expectations are not exaggerated or misguided. Growers caught a break in 2021 after the harsh frosts of the preceding three vintages, and the growing season was well nigh perfect. According to producers I talked to, conditions were dry, but heat wasn’t an issue; in fact, much of the season was quite cool, allowing for good retention of acidity in the grapes. Yields were healthy, even abundant in some cases, which is a relief after the short crops of 2020 and 2019.

Overall, 2020 was an extremely hot and dry vintage, but it actually started off quite cool, with budbreak at the beginning of September in most sub-regions. A brutal cold spell hit the southern regions in the third week of the month, killing off the infant buds in many of the coolest vineyards in their second week of life. As a result, this is a low-yielding year, drastically so for the colder, high-altitude sub-regions. The good news is that the best wines that were eventually made show serious depth of flavor and power, strongly suggesting that they are built for aging.

Another vintage that started off with frost issues, 2019 was marked by a hot and exceedingly dry growing season. Parts of the region suffered some of the worst bushfires in recorded history. The torrid conditions resulted in plenty of rich, even super-rich red wines and generous whites, even Rieslings, that will likely be best consumed in the near term. Tannin levels in the red wines appear sound, at least at this stage, so while many of them will be decidedly ripe, I haven’t run into too many that come off flabby, at least from the best addresses, which is mostly what we cover here. 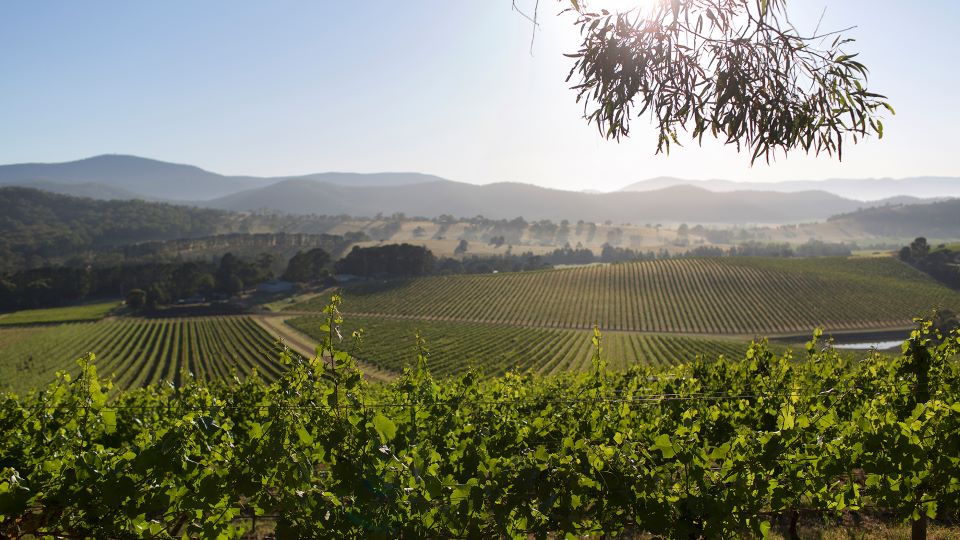 Many of Australia's most graceful Pinots Noirs and Chardonnays are grown in Victoria's Yarra Valley.

A vintage marked by low yields in some areas due to early spring frost episodes, 2018 has turned out to be an outstanding year across all of Australia, producing wines of both concentration and freshness. And that’s the case regardless of color or variety. The growing season was almost entirely event-free through to harvest. Cool conditions prevailed throughout, helping to preserve acidity, and resulting in numerous wines that show noteworthy tension and detail. I suspect that many, if not most of the top red wines will enjoy very long, smooth aging arcs, probably even longer than my often-conservative drinking windows would suggest.

I tasted the vast majority of these wines in New York over the past year.

Editor’s Note: This is the final Australia report from Josh Raynolds as we transition to Angus Hughson, our new Australia critic.

The Barossa: An Ascent to Higher Quality, Josh Raynolds, December 2021