The annual release of the Penfolds collection is unusual in that it does not have a single vintage focus and spans a number of years thanks to the different aging requirements for the wines. This year’s key releases range from 2018 to 2021, each vintage with their own impactful conditions. The bookends are both marvelous, yet very different vintages. The only-recently bottled 2022 Riesling provides a first look at this generally milder vintage.

This year includes the release of the 2018 Grange which has all the markings of one of the great vintages from Penfolds. A tasting of the 1953 Grange some years back showed a wine still in perfect balance and ageing gracefully. The key question today is where this new release, from an exceptional South Australian vintage, will sit amongst the court of impressive wines.

Grange is Australia’s Château Latour, defined by its history but also looking to retain its status against increasingly stern opposition. Today, with such an extensive catalogue, including multiple releases back to 1951, Grange has many competitors to be the greatest Australian wine within each vintage, whether it be Chardonnay, Riesling, Shiraz or Cabernet Sauvignon.

The Penfolds of nowadays have changed much from the times of the early Granges. South Australia, and in particular Barossa, has always been the company’s spiritual home. But in recent years, Penfolds has developed small outposts offshore, following the model adopted by many Champagne houses decades ago. A successful collaboration with the Thiénot family saw the launch of a new Penfolds Champagne. Adding to their portfolio, Penfolds then used fruit sources from their wider Treasury Wine Estates to craft their Californian Collection, part of which was reviewed by Antonio Galloni here. This collection included the Bin 149, a unique international blend from California and Australia. Further expansion continued this year with the launch of a Haut-Médoc blend under the Penfolds label as well as the 2019 Penfolds II Bordeaux Barossa blend. While important within Penfolds, these additional projects remain a sideshow to the yearly Australian Bin and Icon releases.

The youngest wine in the Penfolds Collection is the Bin 51 Eden Valley, a Riesling from the most recent harvest, less than six months ago. Two thousand twenty-two was one of the coolest growing seasons in the latest years for eastern Australia, with good early rainfall; although, hail did provide some challenges. In 2021, across eastern Australia most wine regions enjoyed a mild, long summer that was largely absent of extreme heat spikes that plagued some recent vintages. It was much needed relief after the challenges of 2019 and 2020. This difference shows in the delicious energy and purity of complex fruit seen in the two Chardonnays from 2021 and the Bin 23 Tasmanian Pinot Noir. The Reserve Bin A is a fantastic modern expression of Australian Chardonnay.

In 2020, dry, hot conditions continued, with Barossa yields down 50% on long term averages, thanks in part to heatwaves in December. Those low yields have provided good generosity of fruit, but there is an approachability and slight lack of fruit definition in some of the wines that will make for earlier drinking styles, particularly from warmer areas. However, the same cannot be said for Yattarna, for which the majority of fruit is drawn from Tasmania, which enjoyed a cool season with decent rainfall. These conditions helped this wine retain its exceptional combination of focus and ripeness, also thanks to blending fruit from warmer mainland vineyards.

Two thousand nineteen provides a more complex picture between the warmer and cooler regions. Barossa was hit with a long, hot, dry summer. Between December and March there were 31 days over 95 degrees Fahrenheit with summer rain also down 60%. It has produced powerful and dense wines, although without the delicacy of the best vintages. The story is quite different in the cooler, more southern, Coonawarra, where warm to hot vintages, within reason, are prized. Winter rainfall was higher than average which was a promising start. While warm with strong bursts of heat, there were only 20 days over 95 degrees Fahrenheit during the growing season which provided exceptional concentration, structure and complexity without any hint of over-ripeness. The differing conditions in 2019 can be clearly seen between the relatively luscious vintage of St Henri, largely drawn from McLaren Vale and Barossa, and the fine, more detailed and age-worthy Coonawarra Bin 169 Cabernet Sauvignon. 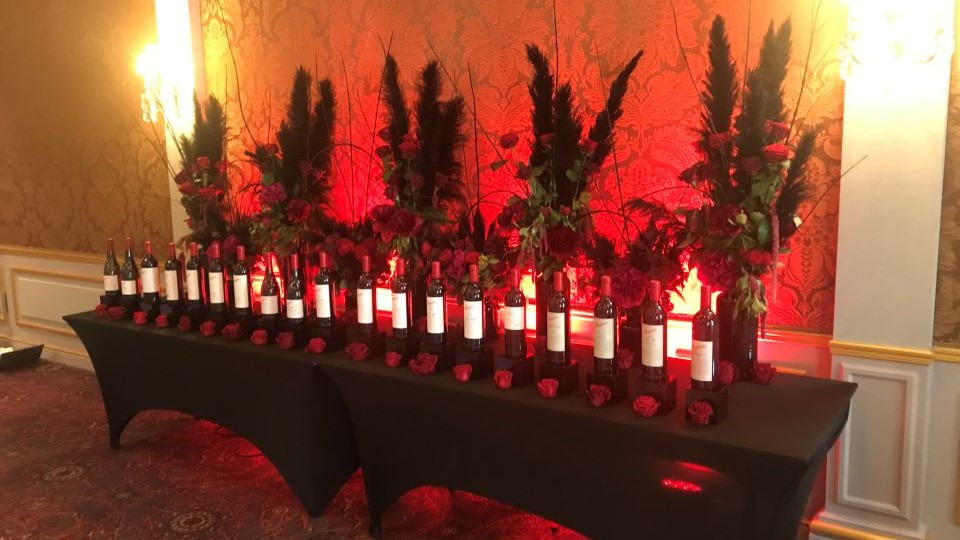 The 2018 vintage kicked off with good winter rainfall in 2017, which set the vines up well for what was a warm, dry summer. While February was hot, cooler temperatures thankfully returned in March and April which allowed fruit to be picked with excellent concentration and ripeness. Earlier Penfolds releases from 2018, including Bin 389 and St Henri, promised an extraordinary Grange vintage. Not only will this newest Grange sit as a high point for this label, but it will also serve as one of its most age-worthy offering with decades of drinking pleasure. This is the first new vintage of Grange to be priced over $AUD1,000 in the local market ($USD700).

One part of the Grange story, not often discussed, is the rise of White Grange – Penfolds Yattarna – and also the important part that Chardonnay now plays in Penfolds releases. The first vintage of Yattarna was back in 1995. For much of the Yattarna journey, Australian Chardonnay was still finding its footing, and earlier wines reflect that; however, recent vintages have produced a much more assured wine style, and these wines will likely offer significant longevity.

The Penfolds Chardonnay program is overseen by winemaker Kym Schroeter, and during his tenure the wines have grown in delicacy and finesse. This year’s releases are amongst the best yet under their respective labels. There are three key wines - each with their own unique personality. The Bin 311 is a multi-regional blend and has a history of using cool climate fruit parcels from areas such as Tumarumba and the Adelaide Hills. This year’s release was made with a combination of Adelaide Hills and Tasmanian fruit and is a new highpoint for this label. The two pinnacle wines are the Reserve Bin A and Yattarna, each with their own unique personality. Reserve Bin A is solely sourced from the Adelaide Hills with winemaking generally more freewheeling than for the Yattarna Chardonnay. For the 2021 Reserve Bin A Chardonnay, winemaking included whole bunch pressing with a partial wild yeast ferment on significant solids with regular yeast lees stirring plus 100% natural malolactic ferments. Wines are aged in oak for only nine months with 50% new oak. All techniques are used to coax complexity out of what is already high-quality fruit. In comparison, Yattarna takes a more measured road in search of purity, focus and longevity, with fruit drawn from Tasmania and the Adelaide Hills for the 2020 vintage. This makes the Yattarnas more tightly wound as young wines but also provides them with greater aging potential. Another one-off Chardonnay has been added to this year’s releases: the Penfolds V multi-vintage Yattarna blend. Made with 20% each of the 2011, 2012, 2014, 2016 and 2021 vintages, it is a complete curio along a similar vein to the Grange multi-vintage G3, G4 and G5 releases, which is unlikely to be repeated.

In further developments, there has also been a change for the Bin 23 Pinot Noir. Traditionally the wine has been made with fruit from the Adelaide Hills, in line with Penfolds’ general preference to choose grapes within South Australia where possible. But as it never quite matched expectations within the Bin range, there was always a question as to whether Penfolds would stick with the Adelaide Hills. Well, we now have our answer with the 2021 Pinot Noir made solely from Tasmanian fruit, following the Penfolds Chardonnay program into Australia’s most exciting cool climate region. It has certainly provided a significant step up in quality from previous vintages, and you would have to imagine that Tasmania will remain its long-term home.

While the 2018 Grange is a benchmark, it is certainly not the only wine to seek out from this year’s releases. All the Chardonnays are excellent for their price and showcase exceptional winemaking skills as well as the quality of fruit now coming from some of the nation’s finest regions for the variety, Tasmania and the Adelaide Hills. Fans of bold, luscious Barossans will find the 2020 Bin 150 Marananga Shiraz, the 2020 RWT Bin 798 Barossa Shiraz as well as the 2019 St Henri Shiraz of interest, all of which will age well. The plush but more elegantly styled St Henri is one of the best value wines from this year’s releases thanks to its combination of power and subtlety. But for sheer beauty and refinement, I personally loved the 2019 Bin 169 Coonawarra Cabernet Sauvignon because of its tension, pinpoint balance and sheer class. It is a classic, internationally-styled Cabernet Sauvignon already delightful and built for the long haul.

These wines were tasted on a number of occasions in June and July 2022.

The Barossa: An Ascent to Higher Quality, Josh Raynolds, December 2021