In early 2008, superstitious winemakers foresaw trouble ahead just by looking at the calendar. Eek! The year contained thirteen full moons. To a vigneron, this lunar portent is like spotting single magpie whilst walking under thirteen ladders on Friday 13th at 1:13pm. Naturally, I failed to heed this harbinger of doom, and that June, dragged my family (pregnant wife plus two-year old) for a fortnight of blistering sunshine down in Côte d’Or. So, whilst my daughter’s kindergarten chums were being entertained by Mickey Mouse at Disneyland, mine was appreciating the Guyot training method on yet another rainy afternoon in Gevrey. According to my diary, we saw blue skies on only one day.

When undertaking the marathon of domaine visits last autumn, I asked winemakers to open a bottle of 2008. There was no request for a specific cuvée and certainly nobody was obliged to open their grandest bottle. On the contrary, I sought a variety of climats dispersed at different status levels in order to obtain a balanced picture that would have been skewed focusing at either at the top or bottom end.

Several asked that question. Why not a more fêted vintage, a banker like 2009?

Partly it was because I wanted to revisit an unpredictable vintage. It is more interesting to look back at less explored seasons, particularly one controversial upon release. If the wines were inconsistent at birth, then how had this played out? Has time been a healer? Or had it opened wounds? 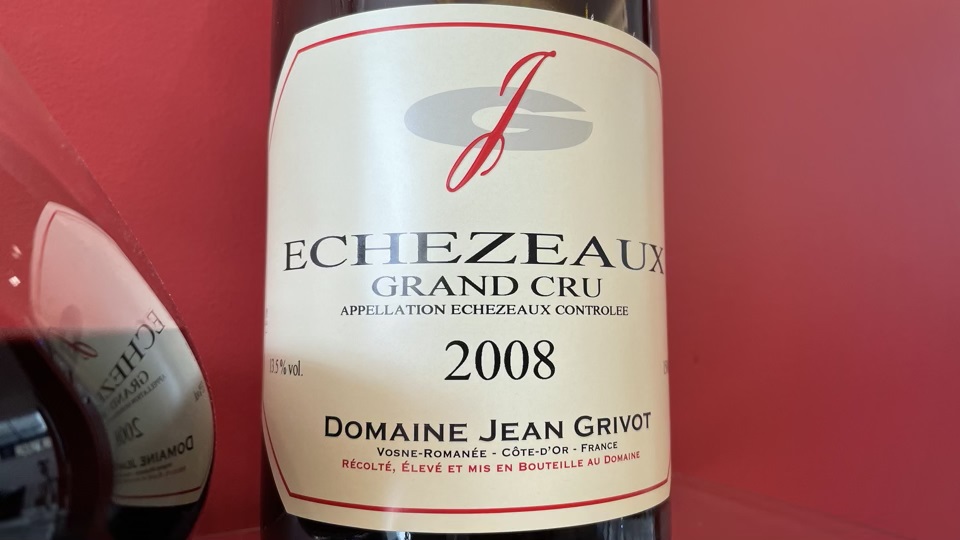 A quick reminder of the growing season…

The year began mild, but April was extremely rainy. Even so, bud break was around the normal time of year before May witnessed summer conditions when the mercury reached 25°C. Consequently, flowering was early, around mid-May, but it was spun out over three weeks so that maturity became variegated between bunches with widespread coulure. June was decidedly overcast with little improvement in July; August was punctured by intermittent violent storms. Come September, some bunches were still green, potential alcohol levels languishing around 8% to 9%. Inclement conditions meant that the risk of rot remained strong, a storm on 14 September leading the more pessimistic winemakers to mutter that they would be lucky to harvest anything.

Thankfully, the wind swung to the north and remained steady, drying out the vines and inhibiting further outbreaks. It also concentrated berries through water evaporation, some berries losing 25% to 30% moisture. These three weeks of decent, if not cool, weather saved the vintage, and most winemakers picked from around 25 September into early October. Heterogenous ripeness levels meant that those that picked later could achieve the ripest fruit. Yet rot remained a constant menace. Essentially, it was a trade-off. The red berries were so small with thick skins that at Jadot they required 380kg of fruit to fill barrels instead of the average 350kg. Naturally, sorting had to be meticulous. It was probably a vintage where optical sorting might have made a significant difference; however, not only does 2008 predate the introduction of optical sorters, but unlike Bordeaux, here they are a rare luxury where the economics often don’t add up for small estates. Juliette Chenu remarked that her father conducted hardly any triage in those days. Alcohol levels were low, but pH levels were extremely low, which meant that the malolactic fermentation induced tangible changes in the wines. 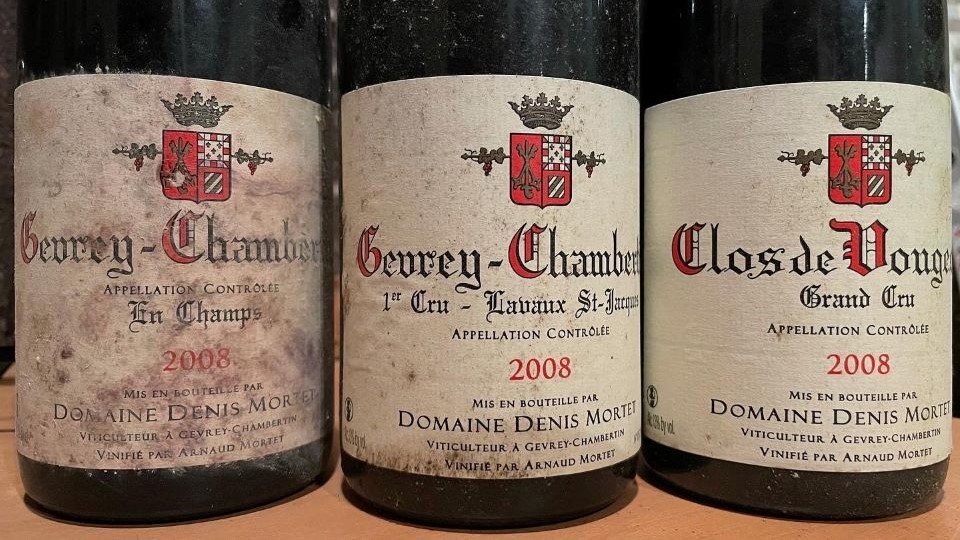 “The 2008 was a difficult vintage,” Guillaume d’Angerville explained. “We were in the middle of converting to biodynamics. There were a lot of treatments, and we didn’t want to stop halfway through the conversion. It rained so much that by early September I considered declassifying everything into Premier Cru. Then the wind swung round to the north, and we salvaged the vintage in three weeks from 2 September until harvest.” Another winery undergoing changes at the time was Domaine Jean Grivot. “It is the first vintage where we used less sulphites,” Etienne Grivot told me, a trend that has gained so much momentum in recent years.

As you will see from my tasting notes, this was an eclectic bunch that embraces blue-chip Grand Crus to less-familiar cuvées. It was almost impossible to predict how a wine would show. Some were emblematic of a troublesome growing season, perhaps where the winemaker mistimed the picking date or just had too many hurdles to overcome. At worst, the wines are tough, rather green and lack mid-palate weight, not least flesh on the finish. At times I can fully understand why 2008 is looked back upon as a bit of a mare. Charm was rationed in this year. Some of my favourite wines from my favourite growers could not hide their shortcomings. Examples include the 2008 Musigny Vieilles Vignes from de Vogüé, Groffier’s Bonnes-Mares (from an era when they tended to over-extract and use excessive oak) and the Chambertin from Domaine J-L Trapet. One of the intriguing wines is a non-commercialised 2008 Clos de Tart Réserve, which was an experimental cuvée from the sector of the monopole towards Bonnes-Mares. However, I feel that it was compromised by the growing season; former winemaker Sylvain Pitiot was more at home with warmer vintages.

Yet just when I was about to admonish myself for undertaking this task, I came across a bottle that proves even amongst the trickiest season, there are always rubies in the sand. That’s the essence of what I do: sifting through wines to single out those that buck the trend and transcend vintage limitations. I point to a couple of bottles from Domaine Felletig that improved magically after 24 hours of being opened, impressive showings from Domaine Denis Mortet (Arnaud Mortet recalling that his wines underwent a very long malolactic fermentation) and a wonderful showing from Château de la Tour, whose Clos de Vougeot Vieilles Vignes satiated the palates of some serious wine-lovers at a private dinner in London. 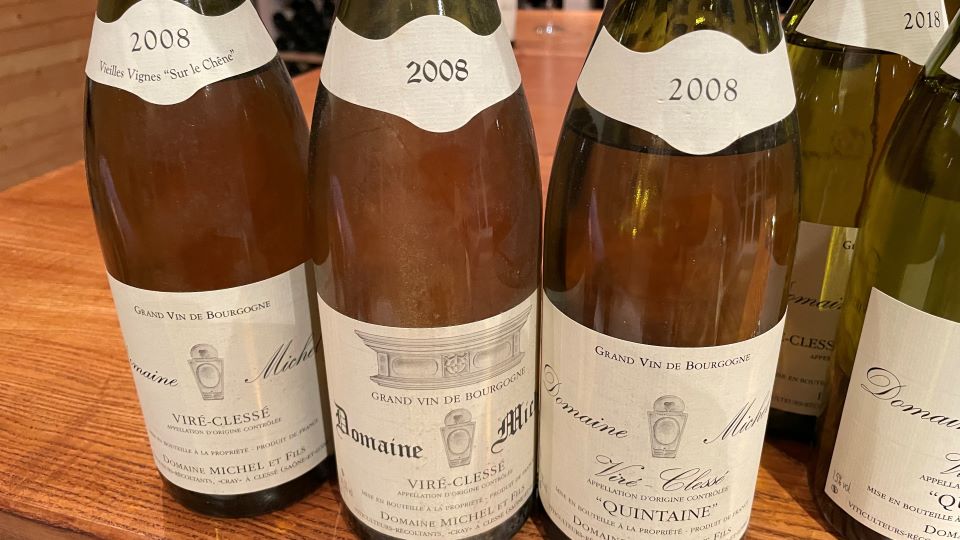 The vintage favours the whites over the reds, a conclusion that I arrived at when I tasted the wines back in January 2009. It is a gross generalisation and perhaps fodder for forum debate, but I find that in more difficult vintages the whites are more successful than the reds. That is partly due to the fickleness of Pinot Noir compared to the robustness of Chardonnay and partly because a lack of ripeness in the former can add nerve and race to the latter. Another factor is that it was a particularly cold winter, and perusing my own reports at the time, temperatures could be -8°C or -9°C in the second winter that winemakers told me inhibited malic conversion. (I recollect one producer in Vosne-Romanée that had turned his barrel cellar into a sauna in order to get the malic going.)

The purview was expanded beyond the Côte d’Or. I found a clutch of delightful 2008s from the Mâconnais and even some delectable Viré-Clessés from Domaine Michel. I rue the fact that in all likelihood most of these will have been consumed long ago, yet in some instances, they are superior to the far costlier whites from Puligny-Montrachet or Meursault. Keep an open mind when it comes to Burgundy. How about the 2008 Maranges Les Vignes Blanches Blanc from Philippe Colin, a cuvée that I did not even know existed as he never shows it. Delicious!

No, it’s not a great Burgundy vintage, and there are some wines that you could describe as failures in the context of vineyard and grower. But it is an intriguing vintage to revisit. It is a timely reminder that despite the adulation directed towards Burgundy, it is not infallible. Secondary market prices give the illusion that anything labeled Burgundy is a great wine, virtually ignoring any shortcomings. This surely leads to disappointment once (or if) the bottle is opened? 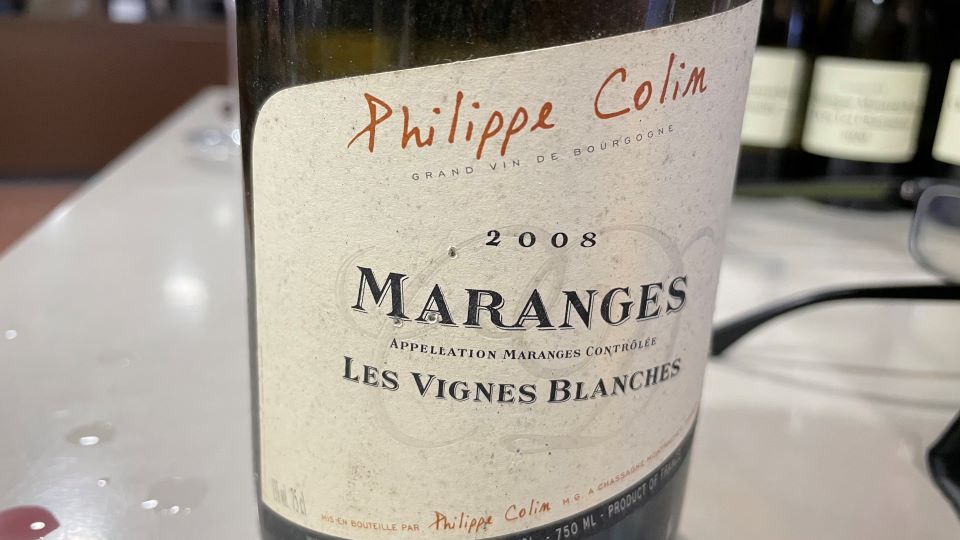 In the meantime, I must inform you that I write this report at home whilst the rest of my family are spending the summer in Japan, penance for that rain-sodden vacation in 2008. Then again…it’s raining in Tokyo…bright sunshine here… I wonder how many lunar cycles there are in Japan this year?