During my trip to Burgundy last March, I spent a day focused entirely on the Côte Chalonnaise. I have included wines from visits to growers in previous reports, but I wanted to just expand coverage with a standalone article. The venue was the cooperage at Mercurey, and apart from a brief period in the afternoon, it was not too busy, affording an opportunity to visit the stands of a dozen producers. 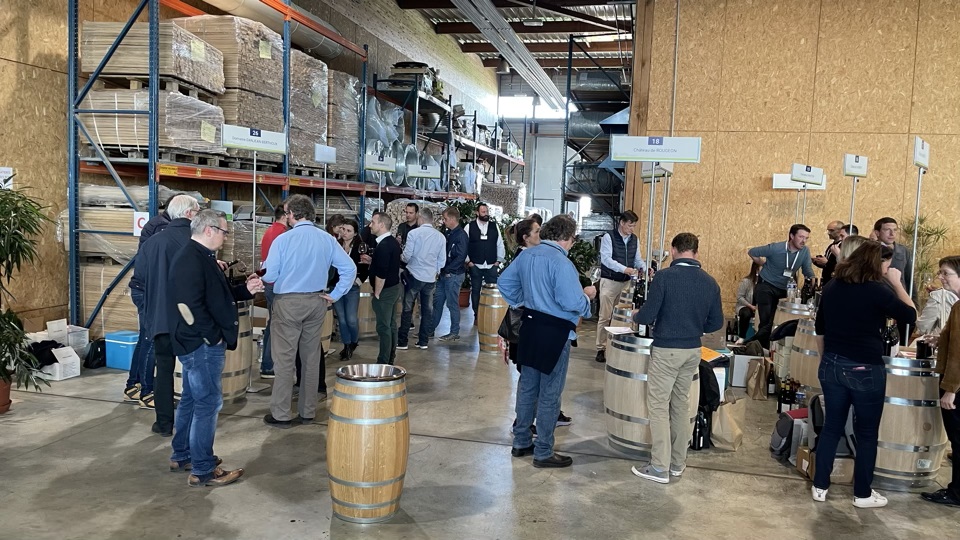 For many years the Côte Chalonnaise was perceived as an inferior “add-on” to the Côte d’Or, as if quality came to an abrupt halt south of Santenay. There is a mixture of factors why the Côte Chalonnaise has traditionally been given short shrift, partly because of the over-zealous authorisation of Premier Crus in Montagny in 1943; in order to prevent the occupying German army from requisitioning vineyards, the cognoscenti did not really take the status seriously. Partly because there were insufficient quality-driven growers bottling their own wine. 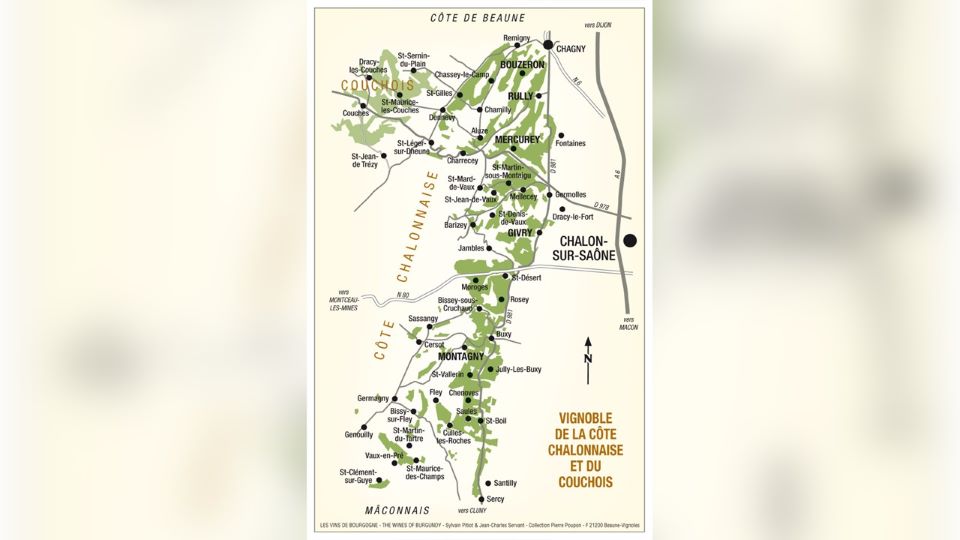 A map of Côte Chalonnaise.

However, over the last two decades, I have seen first-hand how the Côte Chalonnaise has blossomed as increasing numbers of producers exploit their terroirs, withdraw from co-operatives and bolster the reputations of appellations such as Bouzeron, Mercurey, Rully, Givry and Montagny as not just perfect value-for-money alternatives to the Côte d’Or, but great wines in their own right. (In case you are wondering, I did plan to visit Vincent Dureuil in May, but with the vines going great guns under the warm conditions, it was decided to postpone my visit until later this year.)

I will let the notes do the talking, but here are a few names to look out for.

Domaine Belleville – I chanced upon this Rully-based producer at the Grands Jours tasting and was immediately alerted to the quality of their wines. Belleville is owned by an American couple, and the director is Jean-Luc Vitoux. They farm 18-hectares from Gevrey down to Mercurey. I tasted three Côte Chalonnaise wines and found them well-crafted with pliant tannins and fine delineation.

Domaine Cottenceau – There was a bit of a scrum around Maxime Cottenceau at the Grands Jours tasting, and you could understand why when you tasted his excellent wines. Having completed his studies and with a couple of vintages alongside Vincent Dureuil, Cottenceau established his own domaine in the village of Buxy, debuting with the 2018 vintage. Everything is picked by hand, gently pressed and carefully sorted, the wines spend 18-20 months in barrel with the final six-month in tank. If you doubt Montagny is able to produce genuine Premier Cru quality wines, you need to check these out.

Domaine Feuillat-Juillot – Yes, the name is a bit of a tongue-twister, but the wines are worth the effort . I tasted a selection of latest releases with Françoise Feuillat-Juillot (try pronouncing that), the daughter of Mercurey producer Michel Juillot whose wines are also reviewed here. Françoise bought the domaine in 2004 and was joined by her daughter Camille last year. Their small range focuses on Montagny and display commendable terroir expression and freshness. Their take on Les Coères from 60-year-old vines is well-worth seeking out.

Domaine Claudie Jobard – The Jobard family’s background is connected not only with winemaking, but as well-reputed pépiniéristes or nurserymen. Claudie Jobard is the oenologist for Remoissenet, which is where we first met, but the family’s own wines, that are mostly based around Rully, are well-worth seeking out.

Domaine Tupinier-Bautista – I’ve been tasting these wines for a number of years now, and they rarely disappoint. Manu Bautista has run the Mercurey-based domaine since 1997. Bautista then moved into new premises in the small village of Touche in 2017, though the family itself has been amongst the vines since way back in 1770. There has always been careful vineyard husbandry here, the fruit fully de-stemmed and élevage in larger 500-liter barrels from the Chassin cooperage using 30-40% new oak.

I plan to add more producers such as Domaine A. & P. Villaine, Bruno Lorenzon, the aforementioned Dureuil-Janthial and others later this year.