Every now and again, so-called unicorn wines trot onto my Twitter or Instagram feed, compelling me to yell into my smartphone: “It is not a bloody unicorn wine. How can it be? Unicorns don’t exist!” The term is misapplied to bottles that are rarely seen, and true, I rarely see unicorns – not unless I’m driving down a country lane and spot a pony with an ice-cream cone stuck to its forehead. Unicorns only exist in fiction: in Lewis Carroll’s Through the Looking Glass or in Rick Deckard’s dreams; My Little Pony or Princess Bubblegum’s Korean-speaking steed Lady Rainicorn in Adventure Time. All cute and lovely, but none of them exist. Ergo, bottles declared “ULTIMATE UNICORN” in capital letters and a small armada of exclamation marks on social media are no such things. They are more like wild snow leopards, creatures that you have a very small chance of seeing, but that really are prowling about somewhere. 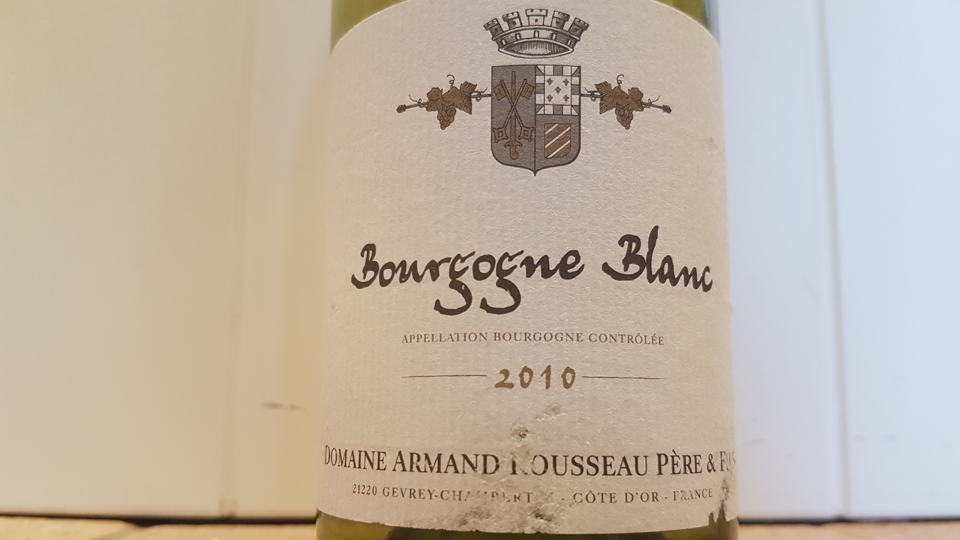 Then I started thinking. Can I prove unicorns do not exist? The answer is “no.” A unicorn might be like those weird sea creatures that marine biologists discover pottering about in thermal vents at the bottom of ocean trenches. Maybe we never looked in the right place. Maybe deep in the Amazon rainforest there is a herd of unicorns that have simply evaded capture or sighting. How does that aphorism go? Absence of evidence is not evidence of absence.

Therefore, I revised my definition of a unicorn wine to “one that I never knew existed until it appeared.” That brings me to this Cellar Favorite, which doubtless piqued the interest of Burgundy/Rousseau-lovers. Here is the backstory. November 2018, and I am at the La Paulée in Beaune when a guest kindly pours a white burgundy. “Wow. The Bourgogne Blanc from Rousseau. Never seen that before,” says my sagacious neighbour. “Shame it’s corked.” I pause to digest this revelation. I kind of know my Burgundy but never knew Rousseau made this secret white, and I’m disappointed that this rara avis is riddled with TCA. It’s like chancing upon a unicorn, only to find its horn has broken off, which makes it a horse.

A few days later, I am at Domaine Rousseau and ask Cyrielle Rousseau about the mysterious Bourgogne Blanc. She confirms that her family produced it for a number of years from a parcel in Gevrey-Chambertin, solely for personal consumption or to give to friends and associates. They no longer make it. (I later learn from Steen Ohnen’s website that it comprises Chardonnay, Aligoté and Pinot Blanc from a plot near Clos Saint-Jacques that is now en fermage to either Dugat or Dugat-Py.) Cyrielle says she has a couple of bottles remaining, and since the bottle I encountered was corked, she will gladly replace it with one of hers. Well, I’m never going to have another opportunity to drink this wine again, and I promise to share it with friends. Before I depart, we enter a utility room and Cyrielle hands me a bottle from an OWC, one of the few left with a label. A month later, it is poured blind to an unsuspecting group at Noble Rot restaurant as part of our Christmas meal. I have promised our gathering a true unicorn wine, but perhaps because that term is so misused for reasons already stated, their expectations are modest. When I reveal the grower, cue the expressions of wonderment.

So what does it taste like? The 2010 Bourgogne Blanc tastes far better than I anticipated, given its modest origins. It has a gorgeous bouquet of almond, frangipane and brioche, well defined and with a patina of oak. It is actually quite southern Rhône in character. The palate is medium-bodied with a fine bead of acidity, blessed with a slightly viscous texture, and quite rich thanks to the influence of the Aligoté. Lovely hazelnut and buttered toast appear towards the finish. No mere curiosity, this is absolutely delicious, to the point where I feel a little crestfallen that Rousseau no longer produces it or ever commercialised it. 91/Drinking window: 2019-2024.

So there you go. Unicorns do not exist. At least, not until one appears in front of you.