One area I am particularly looking forward to getting my palate round once again are the great fortified wines of the Douro Valley: Vintage Ports, Colheita, Tawny and who knows, even those Crusted Ports. I will open my own account with two recently released tawnies courtesy of “The Last Drop Distillers Limited”. This is a joint venture between stalwarts of the whisky industry and the UK wine trade. Their aim, if I may quote their own blurb, is to “seek out precious last drops of the some of the most perfect spirits in existence”. Well, why not? Readers familiar with my work may recall my enthusing about Philippe Gayral and his Vins Doux Naturels – well, this is exactly the same ethos. Thus far the limited releases have focused on whisky and cognac, but their eleventh release is a collaboration with Cristiano van Zeller: two Tawny Colheitas divided by an exact century of time. Both come from the same site in Quinta Santa Julia that lies opposite van Zeller’s family home. 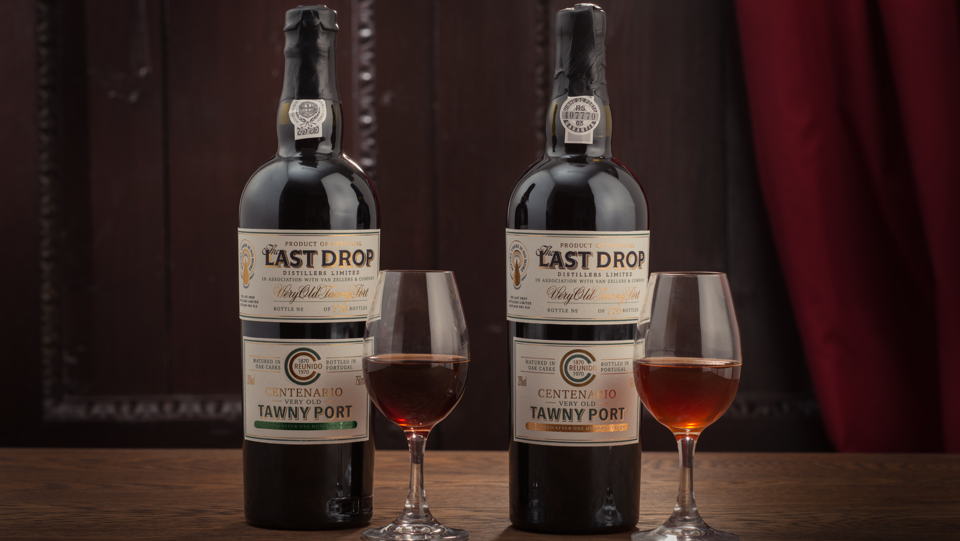 The 1870 Centenario Colheita Tawny Port has a deep colour, one you would expect from a Tawny of 148 years. It has an arresting bouquet with scents of black plum, rosehip syrup, Manuka honey, fig and grilled walnut. To be honest, it was far less oxidative than I expected and that is followed through on the palate. Beautifully balanced, fresh and slightly viscous in texture, this is a complex Tawny Port whose age has not diminished just how delicious it tastes. It just goes out to offer gorgeous mulberry, clove, eau de vie and Chinese five-spice notes throughout its harmonious and poised finish. This is just a sublime Tawny of class and pedigree and it comes highly recommended. 97/Drink

The 1970 Centenario Colheita Tawny Port was actually a similar color to the 1870 despite the hundred-year age gap. I found this showing more VA at first, calming down with time to offer clove, toffee, wild fennel and smoke aromas. The palate is sweet and crisp on the entry with a tang of Seville orange marmalade and quince. There is great tension here thanks to the fine seam of acidity with a fresh, almost “zippy” finish that belies its age. It does not quite possess the earth-shattering complexity of its 1870 sibling and there is just a touch of heat that develops on the aftertaste. But it is still a fine Colheita Tawny. 93/Drink

These are released in 770 twin sets containing a 50ml bottle of each at a suggested retail price of $4,850. A list of distributors around the world can be found here.