“Don’t just stand there, let’s get to it, strike a pose, there’s nothing to it, Voge!” Many misconstrue Madonna’s dance-floor classic as a paean to a fleeting dance-craze that circulated New York gay clubs in the late eighties rather than one of Cornas’ most revered winemakers. Voge can be grouped together with the likes of Noël Verset, Marcel Juge, and king of them all, Gentaz-Dervieux, as a cluster of traditional growers/paysans who enjoyed small but loyal, parochial followings for countless years and then suddenly became global icons. Such growers convey the idea of having “kept it real” and ignoring fads and fashions. No pun intended, now they have come into vogue and they reap the rewards, sadly in some cases, posthumously. Thankfully that is not the case here. Alain Voge’s star is rising, as is demand. Prices have not quite attained the eye-watering amounts demanded for Verset or Clos Rougeard, but it is just a matter of time. So perhaps it is an opportune moment to look at a mature vintage of the Les Vieilles Vignes, which comes from the oldest Syrah vines, between 25 and 80 years, spread across five lieux-dits, usually with partial whole bunch in the vat and seeing a modest 20% new oak. Alain Voge took over the domaine after the sudden passing of his father, Louis, in 1965 and introduced this cuvée in the 1970s, while current co-owner and winemaker Albéric Mazoyer has been in charge since 2004.

The 1985 Cornas Les Vieilles Vignes is so sublime that you have to resist taking its hand and running away to elope. Fragrant crushed strawberry, wilted rose petals, chestnut, potpourri and a subtle gaminess adorn the bouquet that conveys a sense of warmth like so many 1985s tend to do, whether it is Bordeaux, Burgundy or the Rhône. It is a strange word to use, but I feel a sense of “homeliness” when I nose this wine. The palate is beautifully balanced, mellow and refined, with perfect acidity and a velvety texture not unlike a Romanée-Saint-Vivant. There is real complexity in this 1985, discrete black truffle and ferrous notes evolving on the persistent and quite sensual finish. It encapsulates everything you wish for in mature Cornas. 96/Drink 2018-2035 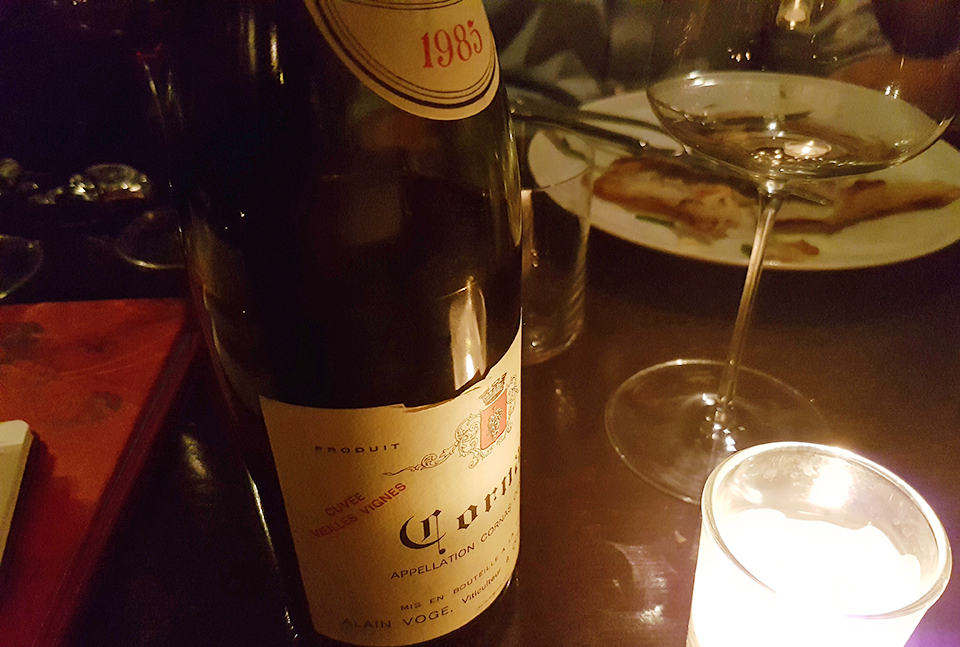