Hunting for mature bottles of claret is something that I have done for many years, and that is not always a case of seeking well-known wines. I procured two or three bottles of the 1970 Gallais Bellevue from a Saint-Émilion retailer not because I had a clue who or what Gallais Bellevue was, but because of the name of the proprietor, Paul Delon. I was intrigued. Could he be a relative of Jean-Hubert Delon, proprietor of Léoville-Las Cases? There was only one way to find out. I asked Jean-Hubert on my next trip to Bordeaux, and he confirmed that Paul Delon was his uncle, Michel Delon’s brother. This Cru Bourgeois has now been incorporated into Potensac, although to my knowledge Delon still has the right to use the name. 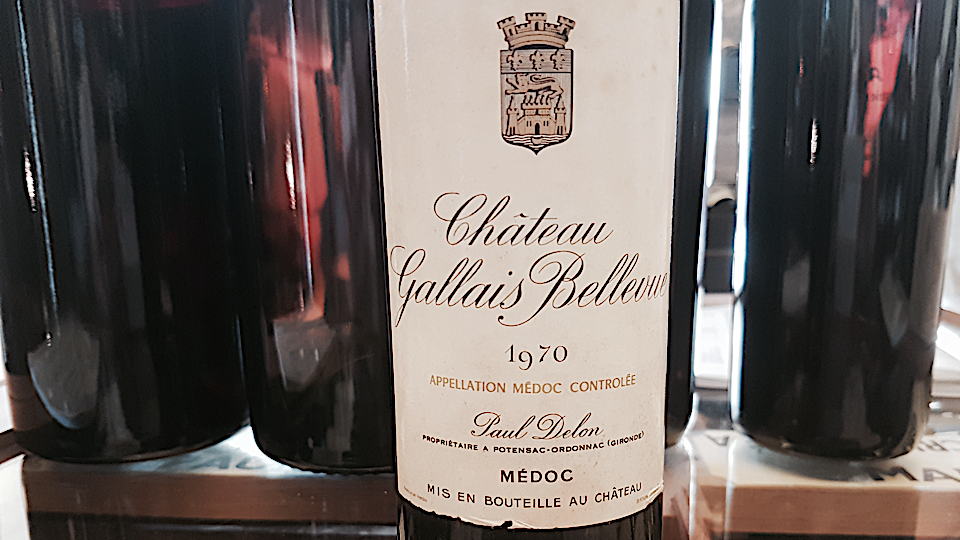 The 1970 Gallais Bellevue shows exactly the same as a bottle I tasted in 2017. It displays modest bricking on the rim and has an attractive marine-influenced, soy-tinged bouquet whose plentiful red fruit gains intensity with aeration (although personally I would not decant it). The medium-bodied palate delivers tart red fruit plus a splash of balsamic, fine acidity and a classic tobacco-tinged finish. This is proper mature claret at a bargain price. 90/Drink 2019-2025.