Invited to supper at a fellow wine scribe’s abode in Beaune last October, our host served this little gem from one of Burgundy’s less heralded vintages. A bit of background first though, courtesy of winemaker Charles van Canneyt. “We bought this vineyard from Charles Nöellat in 1978, which was the first vintage. My grandfather sold it as Vosne-Romanée 1er Cru, so the vineyard was not stated on the old label, but the cork was a branded 'PM'. He produced a small quantity in 1978 but in 1979 hail came to Vosne and here there was virtually nothing left. Nineteen eighty was a small vintage because of the frost, but he managed to make Les Petits Monts. After three years with small yields, he had to sell the vineyard to obtain some cash flow to pay his workers and the new winery that had been built in 1978. I’m pretty sure that he sold it in 1981 before harvest and he told me that the Drouhin family bought it.” 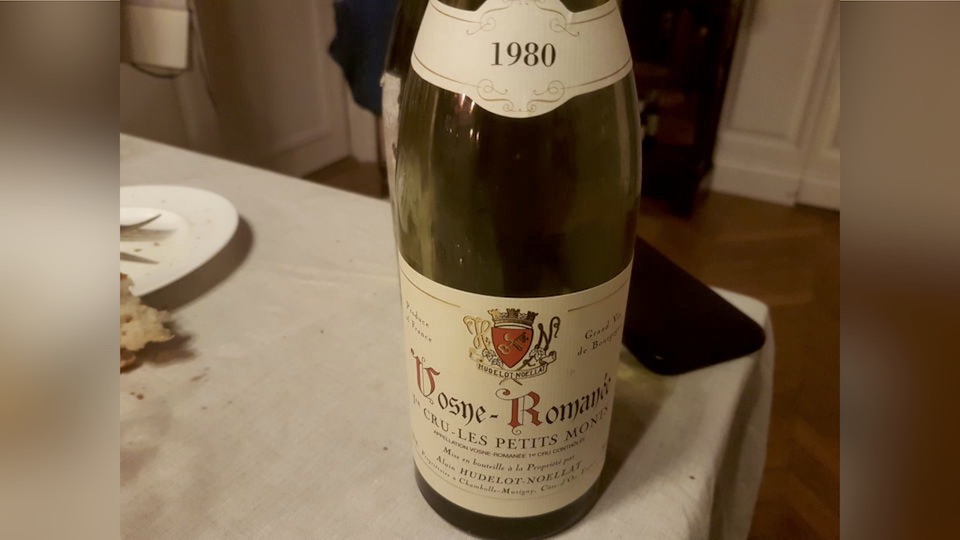 The 1980 Vosne-Romanée Les Petits Monts 1er Cru from Domaine Alain Hudelot-Nöellat is exquisite after four decades. A gentle bouquet of Morello cherry, pressed rose petals and light damp earthy scents that draw you in – nothing overtly powerful but it is beautifully defined. The palate is very well balanced and harmonious, lace-like tannins, a Vosne-Romanée that epitomizes so-called “transparent Pinot Noir”. There is paradoxically both weight and weightlessness, with a slightly tart finish. I would not keep the 1980 in the cellar for a long time, but this rarity continues to drink beautifully at 40 years of age. 92/Drink 2021-2028.