From the outset, the 1999 red Burgundies offered a rare combination of charm and power. Most of the better wines were balanced and alluring from the start, but they are evolving very slowly and still have plenty of life ahead of them. While many of the ‘99s I sampled with the producers this winter in the course of my tastings of ‘16s and ‘15s have gone through sullen stages in bottle, most of them have launched into their periods of peak drinkability. If you own these wines – and especially if you chose wisely at the outset – you will be amply rewarded. One caveat: proper storage is everything, especially consistently cool temperatures and adequate humidity to protect corks from drying out. If your cellar reaches the upper 60s during the warmest time of the year, your bottles should still enjoy a “natural” aging curve but they will evolve considerably more quickly than those in a colder cellar where temperatures remain in the mid to upper 50s. (Of course, the wines I tasted in Burgundy had the added advantage of never having been subjected to the vagaries of shipping.) 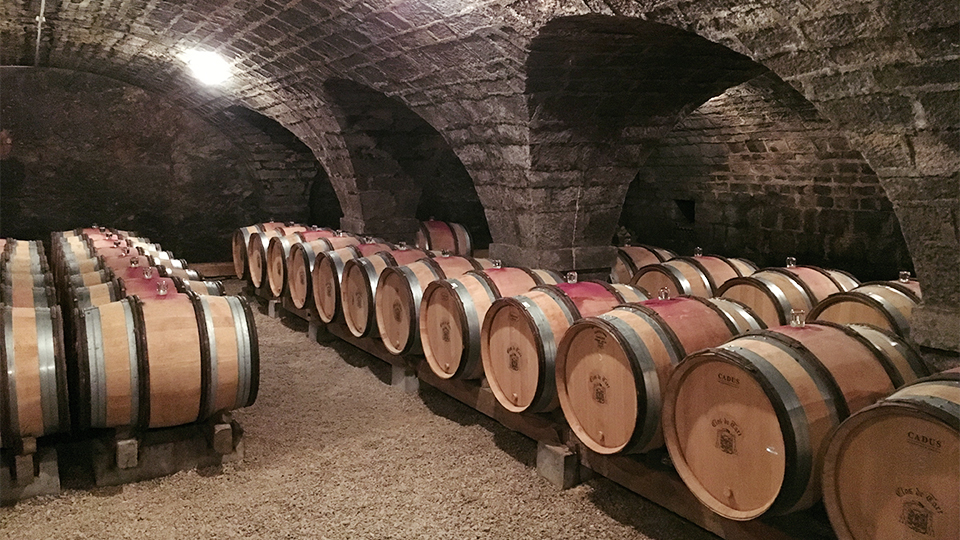 A Brief Review of the 1999 Growing Season

Following a cool, rainy early spring, May turned warmer and more consistent, and the flowering took place under excellent conditions in early June. It was clear from the start that 1999 would bring an abundant crop as the number of bunches per vine was huge. There followed a period of cool weather with some storms during the second half of June and into early July, but from mid-July through mid-September the weather was mostly warm and dry, with heat building in late August, causing the grape skins to thicken. Although the conditions from mid-August to mid-September generally set the style for the year – rich, generous and fully ripe – some vines on thin soil or in sites facing south or southwest were affected by heat or drought stress.

Well-timed showers at the end of August and in early September helped revive the ripening process, and drying breezes following the rains prevented rot from taking hold. In many cases the precipitation also swelled the grapes a bit, so that the ultimate size of the crop was often even higher than many growers had anticipated only a few weeks earlier. This was a growing season, needless to say, in which the most conscientious growers took multiple steps to control yields; in fact, when I initially tasted the wines from barrel in late 2000, some estates reported that they had carried out two separate green harvests but still brought in plentiful crop loads.

The Harvest of 1999 and the Making of the Wines

The ban de vendange, or the official start to the harvest set each year by the local wine authorities – and discontinued in Burgundy in 2008 – was September 15 on the Côte de Beaune (September 20 for grand crus) and September 18 for the Côte de Nuits (also September 20 for the grand crus). Harvest dates were important, as there was moderate rainfall on Sunday, September 19, followed by some intermittent nighttime rains early the following week. More substantial rainfall arrived on September 24, after which conditions began to deteriorate. (A few estates on the Côte de Nuits actually used helicopters to dry their fruit on the vines.) Most growers maintained that the grapes remained in reasonably good shape through about the 26th, before beginning to show signs of dilution, loss of acidity and potential alcohol, and rot.

Interestingly, harvest dates in 1999 were nearly identical to those of 2002 (a vintage on which I reported two years ago on Vinous), but the flowering in ’99 was a bit earlier than it had been in ’02, giving the ‘99s up to a full week more hang time than the later growing season. Grape sugars in ‘99 were generally healthy to above average, in a few extreme cases approaching 14%.

In my original assessment of the vintage I maintained that the Côte de Beaune was favored by the weather conditions because a higher percentage of fruit was picked here during the sweet spot of the harvest, from September 18 through 23. In fact, I expressed the opinion at the time that 1999 was the best vintage for Pinot Noir on the Côte de Beaune I’d ever tasted during my professional career (the first vintage I sampled in great depth was 1986), and no harvest since then has surpassed it in quality. It's not often that wines from the Côte de Beaune can equal those of the Côte de Nuits in structure, depth and complexity but 1999 is such a year.

Meanwhile, at the northern end of the Côte de Nuits, there was a bit more precipitation and often slightly higher yields, and of course the harvest generally took place later, with a greater likelihood that the fruit could suffer a bit. As a general rule, 1999 favored early pickers. Also, relative to their normal aging curves, the Côte de Beaune reds struck me at the outset as the most backward of all, followed by wines from the southern half of the Côte de Nuits. In Morey-Saint-Denis and especially Gevrey-Chambertin, as well as in other later-ripening sites, there was a bit more dilution from the rain and numerous wines went into bottle with a little less density, and with less tightly coiled springs. But at the level of the better producers, 1999 is most definitely not a vintage that lacks concentration.

The sheer size of the crop often required growers who normally ferment their wines with a percentage of whole clusters to destem more of their fruit than usual just to have room in the vats (readers know that the tiny crop of 2016 posed the opposite problem, leading many producers to practice more vendange entier than usual simply to fill their smaller tanks or barrels.) Many estates bled off a portion of their juice, known as saignée, to concentrate their musts – a common step in copious vintages aimed at concentrating the phenolics, color and flavors of a wine, but one that hasn’t been practiced much lately, owing to the region’s series of short crops that ended with 2017. But excessive saignée risks throwing off the balance of a wine, chiefly by concentrating its tannins, and some winemakers even maintain that although what they’re bleeding off is essentially water, this step can cost the ultimate wines some of their most refined aromatics. 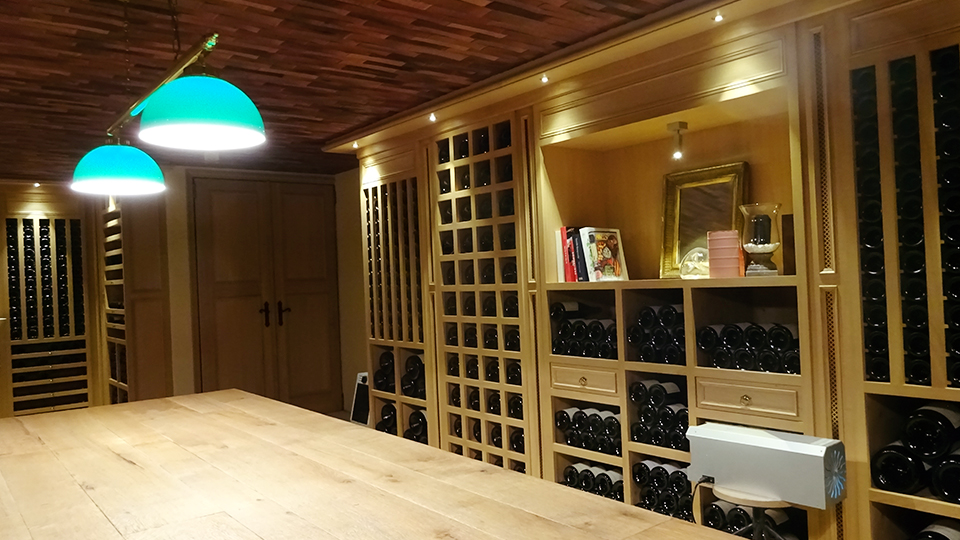 Tales from the Crypt

The 1999s showed deep, fresh colors from the start, as well as noteworthy purity to their aromas and flavors. As sugar levels in the grapes were typically healthy to high, most growers chaptalized lightly, if at all. Numerous producers noted that although yields were high in 1999 – owing to the successful flowering, the absence of frost and hail, beneficent summer weather and little need to eliminate underripe or rotten grapes at harvest – the grapes themselves were only average in size, and the thick skins that developed in the August heat provided a healthy skin-to-juice ratio and good concentration in the wines.

Shortly after being bottled, the ‘99s were at once silky and succulent, showing a felicitous balance of fruit sweetness and acidity. Very few wines betrayed a roasted character early on but some conveyed a captivating liqueur-like quality to their dark fruit flavors and/or hints of chocolatey torrefaction. The young ‘99s generally stood out for their fleshiness, balance, depth of fruit and ripe tannins. In retrospect, it should not be at all surprising that bottles from the better producers are evolving slowly.

By now a majority of the wines are showing tertiary notes of earth, leather, tobacco and sweet spices, including some distinct balsamic notes of sandalwood, cedar, dried flowers or even a whiff of balsamic vinegar. But even the wines that are fully mature typically retain a strong core of fruit that has resisted the passage of time.

While most producers were very optimistic about the future of their ‘99s at the outset, I think it’s safe to say that the majority of them underestimated the potential longevity of these wines – and so did I, owing to their early charisma and sweet fruit. But when I sampled the wines from bottle at the end of 2001, I wrote: “While it is tempting to say that they will be for medium-term aging (they will certainly last longer than the 2000s), I believe that the best of these succulent, well-balanced wines will repay even longer cellaring, based on their adequate acidity levels and thoroughly ripe phenolic material.” Still, neither I nor most producers at the time would have predicted that the wines would go through an extended dumb stage.

In my conversations this winter with winemakers who showed me their ‘99s, I heard a wide range of comments on the aging curves of the ‘99s to this point, but virtually everyone agreed that these wines had gone through a sullen period (or two) since I initially tasted them from bottle in late 2001. Said Romain Taupenot (Domaine Taupenot-Merme), for example: “The ‘99s did not shut down so rapidly. The wines were still accessible 18 to 36 months after bottling. At that time I figured that they would indeed be long-lived, but I would not have suspected that they would close down for such a long period, one of the longest I have encountered. It was not until 2012 that they started to open up, but still in a shy way.” Jeremy Seysses (Domaine Dujac) agreed that the better ‘99s still have a long life ahead of them. His impression at the beginning was that ’99 was “a really great vintage. I predicted it would stay open throughout and I was completely wrong. They shut down after a year in bottle and were pretty monolithic until a few years ago.” He went on: “My current feeling is that they are in that in-between phase, where some bottles are ‘old wine,’ seeming very evolved, and some are still very young. I’ve seen several great vintages go through that phenomenon and it can be a bit alarming, but they usually pull through and find their balance. It happened with the 1985s, 1989s and 1990s since I began working at the domaine and they have all been beautiful, mature wines since. I’m guessing the ‘99s will hit that phase at some point over the next five years.”

Yves Confuron (Domaine de Courcel, Domaine Confuron-Cotétidot) maintained that, from the start, the ‘99s had the structure to age, using descriptors like “concentrated, good tannins present, aromatic richness, a little heavy.” After bottling, he added, “they closed for five or six years. Now they are at the beginning of their great complexity, but they show limited signs of evolution, and I believe that in 15 years they will be pastel wines where everything is mixed to make them even more beautiful.”

Nadine Gublin (Domaine Jacques Prieur) described the estate’s ‘99s as “very well-balanced between an extremely refined tannic structure, a mid-palate with ripe fruit still present, and the opulence of the vintage.” She finds the wines perfect to drink now, but she noted that most of her ‘99s went through a closed phase from around 2004 or 2005 through 2010 or 2011, after which the tertiary aromas began to appear. A couple days before this article went to press, Jean-Louis Trapet (Domaine Trapet Père & Fils) told me that he had just opened bottles of his ’99 Chapelle-Chambertin and Latricières-Chambertin and that he found the wines “very young but smoother and more approachable than five years ago.” He cited Henri Jayer’s oft-quoted maxim that “a good wine is good all the time.”