During my week in Chablis, I asked the BIVB if they could gather samples of Irancy for a tasting, which focused mainly on the 2019 and 2020 vintages and was conducted blind. Before discussing the wines, I replicate this primer from my last standalone Irancy report in 2018 as a refresher.

Irancy’s vines populate an amphitheater that looks down upon the namesake village, the upper reaches given over to cherry orchards whose fruit is whisked up to supply the capital city. The AOC only came into existence in 1998 – a relatively recent arrival on the Burgundy landscape. AOC rules dictate that there are no Premier Crus in Irancy, although one or two vineyards have gained repute, particularly Les Mazelots and La Palotte. Irancy shares the Kimmeridgian limestone soils of Chablis. The south-facing vineyards offer protection from northerly winds and engender a slightly drier microclimate than Chablis. Of course, the major, obvious difference between Irancy and Chablis is that Irancy is red, made almost entirely from Pinot Noir, although authorities permit up to 10% César in the blend. This addition is not without its detractors, who argue that it demeans the nobler Pinot Noir, while others say that it lends a bit of feistiness. How much César is actually contained in blends is not easy to ascertain, since it tends to be complanté with the Pinot Noir. Jean-Hugues Goisot is against its inclusion, though to be honest, I find its influence minimal, just occasionally tweaking the Pinot Noir like Gamay does in a Passetoutgrain. There are only around a dozen or so Irancy-based producers who bottle their wine; others are part of the portfolios of growers outside the village, mainly in Chablis.

Upon returning home and looking over my notes, it was no surprise to find that my highest scores were for Domaine Gabin et Félix Richoux, one of the top growers in Irancy. Richoux’s vineyard in Palotte is absolutely first class. I cannot recommend their 2020 highly enough. Their 2020 Irancy Les Cailles is also a gorgeous wine: a little more structured and austere and, as I remark in my note, more Pommard than Volnay in style. Thierry Richoux is handing over the running of the domaine to his sons Gabin and Félix, and I hope to visit them next time I’m in the region. 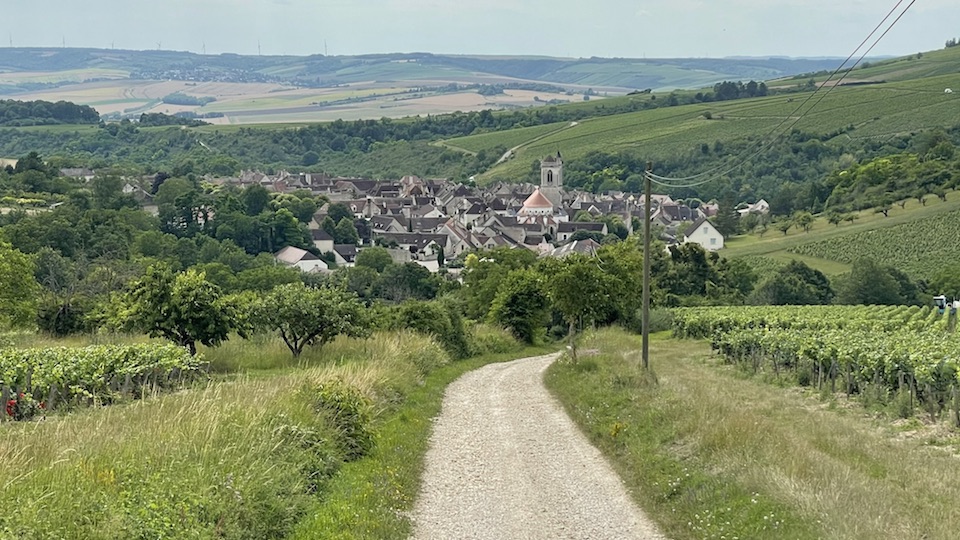 To be frank, Richoux’s wines were clearly ahead of the pack. (The other producer that I admire, Benoît Cantin, did not submit samples.) However, there are several wines from other domaines that are worth looking out for, including the 2019 Irancy Les Batardes from Maison de la Chapelle, and two that I tasted with Thomas Pico at Domaine Pattes-Loup. These are branded under Les Pinots Blacks, the 2019 made with 50% stems and the 2020 with 30%. These were both very promising, especially the 2020, which was a little crunchier in style.

How can I forget the wines from Domaine Guilhem et Jean-Hugues Goisot in Saint-Bris? I could have included Goisot’s wines either here or in my Chablis report, but since Saint-Bris is considered a satellite appellation of Irancy, I decided to put them together. Jean-Hugues Goisot was in fine form when I drove up to see him, despite having lost the entire 2021 crop to frost in around a third of his vineyards. There is amazing consistency throughout his lineup of wines, which remain ridiculously well priced given the care that goes into them and the resulting quality. Goisot’s 2019 Irancy Les Mazelots might be the only challenger to Richoux’s supremacy, offering gorgeous black fruit, a silky texture and an elegant finish. I was also mightily impressed by Goisot’s whites, in particular a stunning 2019 Bourgogne Côtes d’Auxerre Gueules de Loup Blanc and a lip-smacking, saline 2019 Saint-Bris La Ronce.