Another Burgundy report and another observation that demand for the elite wines of the Côte d’Or shows no sign of abating. Coupled with one of the smallest harvests on record, the laws of supply and demand lead to one result that will leave your bank balance distraught. People frequently ask me: How can a bottle be worth that much? The answer is that it’s not. The figure is as much an indicator of speculative resale value; after all, a £3,000 ($3,613.00) bottle of wine is a bargain if you can sell it for £4,000 ($4,817.00) the following month. Some winemakers are embarrassed by the ongoing fetishization of Burgundy. They find it vulgar. Others relish and encourage it. In some extreme instances, I wonder whether their motivation is wine or the attendant lifestyle and fame? But it’s simplistic and misleading to tar an entire region with the same brush. Even amongst the very elite, your Roumiers and Rousseaus, my quick calculation suggests that the producer is taking home 20% of market value if they’re lucky. A long-standing Burgundy-lover might label such producers as mercenary. An economist would label them charitable concerns.

It’s worth remembering that however much growers try to police distribution and flipping, it’s basically King Canute turning the tide. Bertrand de Villaine told me that within two to three days of releasing their 2018 Vosne-Romanée Petits-Monts, which was distributed directly to long-standing restaurant clientele, bottles were being offered for sale, the bottle number on the label carefully removed so that the vendor was untraceable. What can you do?

Others feel no compunction pushing ex-Domaine prices as high as possible so that merchants and consumers include them in the Côte d’Or notional “Premier League.” Leveraging tiny quantities available has never been an option in Bordeaux because production is too large, but in Burgundy, it can be a powerful tool. What Burgundy does now share with Bordeaux is price-matching, ensuring your like-for-like Premier or Grand Cru is not cheaper than those of your peers for fear of being perceived as inferior. It boils down to brand image, analogous to a crowd of people nudging each other in the same upward direction. One well-known producer explained how he had kept a particular Gevrey Premier Cru at a constant price until one of his team showed that practically everyone else was selling the same at double the price. “I had no option,” he told me. “I didn’t want to raise it. But I don’t want people to think my wine is worse when I know it isn’t.” The end result is that you have some wines whose quality might well justify higher prices and others that tag along, hubristically pegging prices way above commensurate quality because…who cares…it’s Burgundy, right…you love it.

Winemakers are deeply concerned, especially the old guard, who find the region’s deification bewildering. “Burgundy’s full of prima donnas,” one fulminated. “They act like Gods. Where will it end?” The answer is simple. It ends with blue-chip Burgundy becoming little more than a token of a fat wad of cash, too expensive to drink without guilt for all but the most affluent. “I fear my wines will be like ornaments on a mantelpiece gathering dust,” another eloquently confessed.

Inflation is not restricted to blue chips. For example, one producer whose portfolio is based on long-term contracted fruit told me that prices for Beaune Premier Cru increased 65% in 2022 over 2021. Many have been forewarned of doubling prices, even reneging on pre-agreed contracts leaving distributors either out of pocket or making difficult phone calls. Eyeing exponential market inflation, those selling fruit, even regional white and red, jack up their prices, convinced that it’s a sellers’ market. Take it or leave it. A few are refusing, partly because the more voluminous 2022s are on the horizon, partly because, unlike the select band of blue-chips, demand for lesser-known labels is not as solid or sustainable and partly because they don’t want to be taken as a fool. One bumper season is not enough to ease the pressure on prices, and realistically it might need three consecutive vintages to take the heat out of demand. Of course, the odds are against that happening in the context of erratic weather conditions…though not impossible. 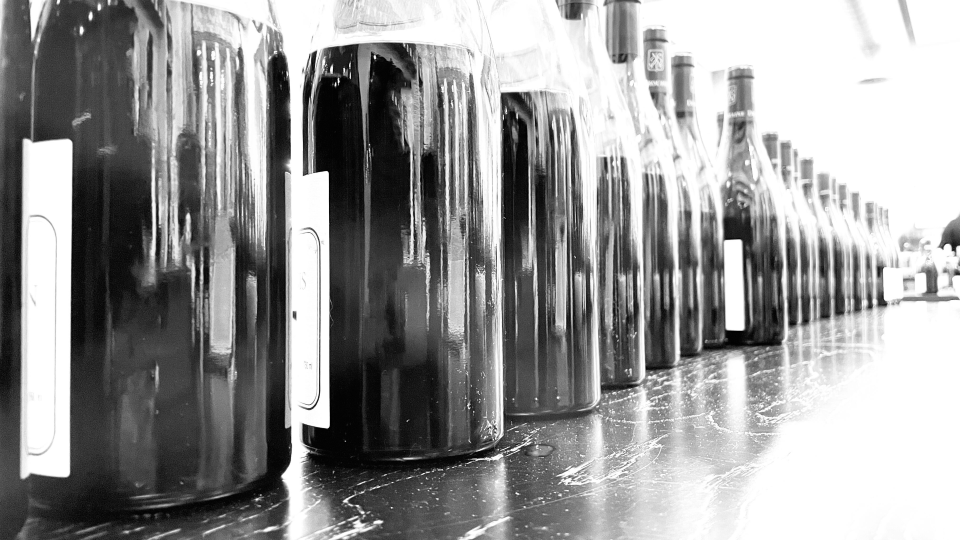 There are three trends I want to discuss briefly. Firstly, the rise of what you might call “disruptor distributors” that cut out the middlemen. Tired of your importer making more money than you? Auction your wines off directly via bespoke platforms available exclusively to those willing to pay a membership fee. The most talked about is Curated, founded by a soon-to-depart Google high-flier that utilises blockchain technology and connects winemakers with end-user clients who pay a tidy membership fee to bid on lots. These new distribution avenues naturally focus on the usual hegemony, galvanising luxury brand status like top Bordeaux or Napa, but with an extra zero (or two). It’s a logical step in the current feeding frenzy, though surely it renders Burgundy even more unobtainable, notwithstanding some caveats towards NFT tech that I will reserve for another discussion.

And don’t ignore Bordeaux. As the Place de Bordeaux expands its non-Bordeaux portfolio, Burgundians are being made similar promises of allowing growers to take their fair share of profit, négociants taking their 15% to 20% cut and relieving time-pressed winemakers of all that admin and paperwork.

Secondly, the shift in land ownership. Much goes unreported. Deals are inadvertently dropped in conversation, little-known beyond the notary office. Others are high profile. Days prior to my arrival in Beaune, Groupe Artémis merged with Maison et Domaines Henriot, thereby bringing Bouchard Père & Fils and William Fèvre under the same umbrella as Clos de Tart and others, almost immediately announcing the former would cease the négociant side of their business. Many see this as the inevitable fate of the Côte d’Or, “trinkets amassed by the mega-rich” as one Burgundy-lover rued, willfully ignoring the fact that quality ameliorates or that disinterested outside parties own many in the first place. What does stick in the craw is Pavlovian realignment of prices for reasons already explained. One winemaker recounted the recent approach from a real estate investor, an entreaty for him to act as a go-between, to provide the inside track. It’s a sign of the times that they had absolutely no connection with wine. (The invitation was rebuffed.) Indeed, there’s lucrative business to be made, inveigling shareholders to cash in, watch the others topple since they can ill-afford the inheritance taxes, and then take your percentage. Like dominos, the others fall. You only need one to tip over.

A third trend that inspired my satirical introduction is the manifestation of micro-négociants. The combination of the Côte d’Or’s Mecca-like status and potential profit has spawned a proliferation of bijou labels that seem to appear overnight. Buy fruit or finished wine, not that either is explicitly mentioned on the label, then go market under your name. Some are definitely worth investigating, for example, Catharina Sadde’s Les Horées label, even if secondary market prices are irrational. Others have a bit of emperor’s new clothes about them, reliant upon tailored social media profiles and puffery, often courtesy of their unsurprisingly enthusiastic agent.

I prioritise interest in those actively involved in vineyard management, whether owned or not, instead of others prone to premature self-mythology. Are you out there working with the rest of them in the rain or the heat? I asked one winemaker how it felt spending much of 2021 toiling away in their vineyard for scant reward when somebody else slaps on a label, garners more consumer interest, and charges double the price. I won’t repeat their answer. That was like Logan Roy losing a business deal. But who cares about quality when your label’s trending on Instagram?

Before finishing, in the context of escalating prices, my concern is that when, or if, these wines are popped and poured, can they feasibly live up to sky-high expectations? Market prices imply a gulf in quality between regional Burgundy and Grand Crus. Still, the reality inside suggests qualitative differences and/or sensory pleasure can be marginal; for that matter, it always has been and always will be. Prices give a mirage of a wide gulf in quality, an exaggeration of the Burgundy hierarchy. Some cuvées achieve such astronomical prices and elusiveness that buyers cannot countenance or ignore any shortcomings, yet reality bites…at some point.

I could write much more on the matter. No doubt I will in the future. I cannot help thinking that Burgundy, or specifically the Côte d’Or, is analogous to a passenger in a sports car in which the accelerator has become stuck, and there is no means of slowing down. Everything hurtles past faster and faster. Everything is sped up. There’s no time to catch your breath or reflect. Of course, there are benefits. Who doesn’t begrudge anyone earning more money? But short-term gains have long-term consequences. Wines disappear from restaurant lists. An entire generation of younger drinkers feels disenfranchised and resentful. Loyal customers that saw you through thick and thin drift away. Bottles are no longer consumed but used as surefire investments. There are knock-on effects on land prices and inheritance issues. There is the erosion of Burgundy’s artisan nature. To put it in simple terms, the fun is sucked out of drinking wines that, in the past, have left me and so many others spellbound. There is no answer. There’s nothing anyone, not even winemakers, can do against powerful market forces. Nobody is to blame. We’re all in that car. But where does it finally stop?

© 2023, Vinous. No portion of this article may be copied, shared or re-distributed without prior consent from Vinous. Doing so is not only a violation of our copyright, but also threatens the survival of independent wine criticism.