Orvieto is unlikely to be the first wine name that comes up when the subject of Italy’s ageworthy collectibles is broached. In fact, very few wine lovers are aware that the best examples of this historic white wine actually have good capacity for development and improvement over time. Orvietos from the likes of Barberani, Sergio Mottura (more precisely, his single-vineyard Grechetto wines) and Palazzone are all cases in point, offering delicious drinking experiences even six to eight years after the vintage. Unfortunately, as an ocean of lean, unremarkable or downright insipid Orvietos has been produced for decades, the category has a reputation for everyday, easygoing quaffing wines at best.

Given the high quality across Barberani’s entire range of wines, with no duds whatsoever, I believe it is Umbria’s best estate. So it won’t come as a surprise when I also state that Barberani has always made some of the best and most ageworthy Orvietos of all. Siblings Bernardo and Niccolò have taken over the day-to-day management of the winery from their parents Luigi and Giovanna, who were responsible, with the help of star consulting winemaker Maurizio Castelli, for putting Barberani on Italy’s quality wine map. Therefore, it is fitting that the Barberani’s top wine, the Orvieto Classico Superiore Luigi e Giovanna, is named in their honor. 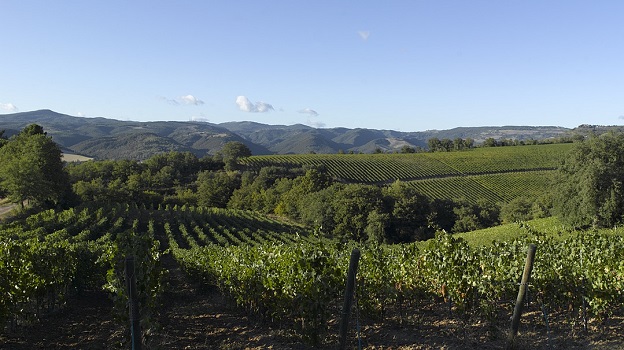 The picturesque hills of Orvieto

Making an Orvieto Classico Superiore that could age gracefully and rank among Italy’s best white wines had always been Luigi’s objective; he firmly believed that wines made with the local Grechetto cultivar could age better than was commonly thought. Various trials were made over the years, and in 2011 the first vintage (2008) of the Orvieto Classico Superiore Luigi e Giovanna was released. It was immediately clear that the Barberani family had succeeded in meeting their goal, and then some. Even today, the 2008 remains one of the most magnificent Italian white wines of the last 20 years.

The Luigi e Giovanna is always a blend of 90% Grechetto and 10% Procanico (a high-quality local biotype of Trebbiano Toscano used in small quantities to provide acidity to Orvieto blends), with roughly 10,000 bottles made a year (but only 2,800 in the first vintage). It’s aged in three 28-hectoliter ovals (one Austrian and two French), jokingly referred to in-house as the “three sisters,” as Niccolò and Bernardo have found this barrel size to be a much better fit for Grechetto than barriques, the oak of which tends to dominate and to exacerbate Grechetto’s tendency to display a phenolic edge. 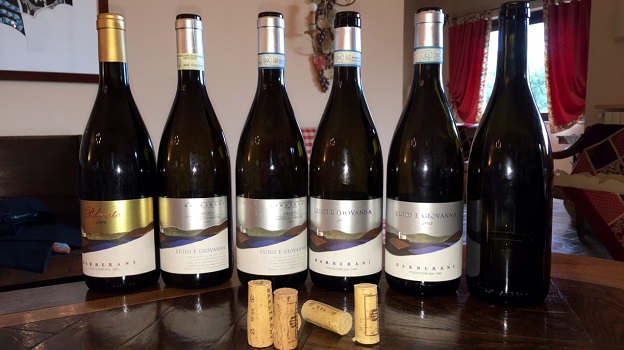 Most important, Luigi e Giovanna is an atypical Italian white wine not just because of its ageworthiness but also because about 5% to 10% of the Grechetto grapes used in the blend are affected by noble rot. The use of botrytized, shriveled grapes in the production of dry white wines in Italy is a rarity, making the Orvieto Classico Superiore Luigi e Giovanna one of Italy’s most Alsace-like wines. No other viticultural zone in Italy is as blessed when it comes to noble rot as Orvieto. Thanks to the nearby Tiber and Paglia rivers, the man-made Corbara lake, and wide temperature swings between early and late morning as the mists and fog dissipate, the noble fungus runs rampant here most autumns. In fact, the words muffa nobile (Italian for noble rot) are an integral part of the official DOC designation for Orvieto late-harvest wines (and in fact are indicated on the labels of these wines: Orvieto Classico Superiore Passito Muffa Nobile). Readers should note that of the six vintages of Luigi e Giovanna made to date, it’s the 2008, 2011 and 2012 that are most marked by Botrytis cinerea. In these three vintages, 10% of the Grechetto grapes were hit by noble rot. In the other vintages, it was only 5% and the wines are clearly different as a result.

Despite the presence of noble rot, the Luigi e Giovanna wine is always vinified dry, offering a marvelously suave, rich mouthfeel while remaining graceful, penetrating and classically dry. And although this may surprise some readers, it is also a very traditional wine. Even if a first taste might bring Alsace to mind, the Luigi e Giovanna is in fact a throwback to Orvieto’s oldest, most typical winemaking heritage. Already during the days of Ancient Rome, Orvieto wines were famous for their luscious sweetness, and even in more modern times the majority of Orvieto wines were never completely dry but rather off-dry (amabile in Italian), with grapes always partly affected by noble rot. Only in the mid-20th century, when resolutely dry wines became the norm—if not a fad—all over Italy did the wines of Orvieto change and become the light-bodied, crisp, classically dry wines they are today. At least in Orvieto’s case, I’m not sure that this was necessarily a change for the better.

This vertical tasting took place at the winery in Umbria at the end of February.