Lazio is a terrific source of distinctive Italian wines, as the region is blessed with great geologic diversity, a temperate climate and numerous high-quality varieties that can combine to give wines unlike those made anywhere else in the world. My August 2017 Vinous article on Lazio detailed the region’s grape varieties, wines and denominations. Since then, things have only continued to improve. 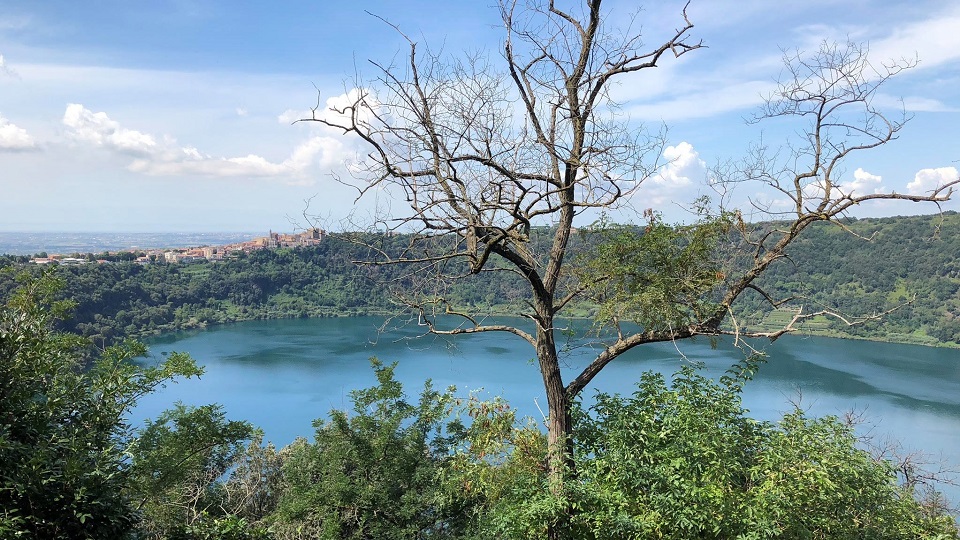 An enchanting view of Lazio.

Italy’s “Other” Wines: Beyond the Tried and True

Today, consumers and importers tend to clamor for Italy’s best-known wines, such as Valpolicella or Chianti, and rarely look beyond these well-known regions. That is a mistake. Because of Italy’s laxly run tasting committees, many famous denominations are linked to poor wines that offer little in the way of pleasure, sense of place or even varietal accuracy but are nevertheless rubber-stamped and given the right to bear a denomination name. Consumers avidly look for and buy these denominations, not realizing that many of their wines, especially when offered at bargain-basement prices, are anything but exceptional. Clearly, there are numerous wonderful Chianti, Montepulciano d’Abruzzo, Valpolicella and Soave wines, but once you get past the top examples of each denomination, and especially when considering some of the cheapest bottlings, quality drops off precipitously. (The cost of labor in Italy is very high, and truly cheap wines are just that: cheap, in the most negative sense of the word.) Consumers might want to think about also looking at the best wines offered by less famous regions such as Sardinia, Basilicata and the Marche. Similarly, real surprises can be found when wine-hunting in Lazio, the central Italian region where Italy’s capital city, Rome, is located. 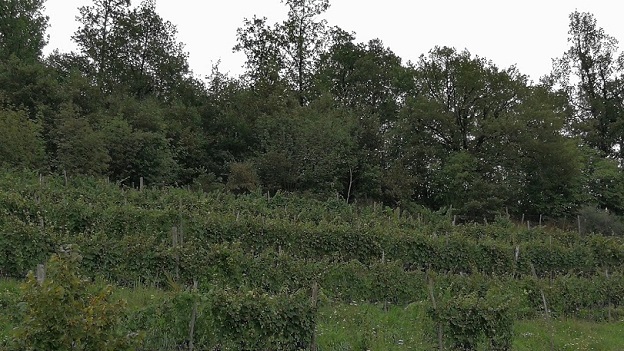 Let me be crystal-clear: Lazio still makes an unacceptable number of neutral and downright flawed wines. Many of the region’s denominations hold little interest for consumers and collectors. For example, even in Italy, wines from the likes of the Colli Lanuvini, Colli Albani, Genazzano and Nettuno mostly appeal only to local wine diehards. Other once proud and famous denominations (for example, Atina and Velletri) are wallowing in the doldrums, both the estates and the wines seemingly unable to capture the spotlight and reclaim the leading roles they once had. 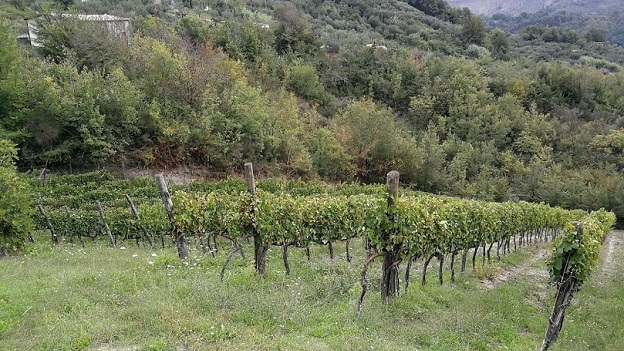 Steep vineyards are common throughout the region.

However, there are encouraging signs that things are slowly getting back on track. Cleaner winemaking, better viticulture and an increased awareness of the region’s truly standout varieties are making all the difference. For example, Bellone and Malvasia del Lazio (the latter also known as Malvasia Puntinata) are world-class white varieties, while Malvasia Bianca di Candia and Trebbiano Toscano, both of which long ruled the roost in Lazio viticulture, are not. Wine lovers now enjoy a bounty of Lazio wines, something that was completely unheard of only 10 years ago. Few wines have improved more than Frascati, Lazio’s most famous white. There are still umpteen lousy wines made with that name, but there have never been as many good to great Frascati producers as there are today. It’s unfortunate that over the better part of the 20th century, the reputation of Frascati was ruined by oceans of cheap plonk, and many producers (and their importers) no longer wish to sell wine with that name. For this reason, many high-quality producers have turned instead to using the old denomination of Lazio Bianco or the new one of Roma. Clearly, the latter name provides a sexy opportunity to cash in on the Eternal City’s magical name, but as usual, the production guidelines for the Roma denomination were not drawn up with quality in mind. Though Roma wines are increasingly popular, the chance of finding a good bottle from this denomination depends mostly on knowing which producers’ work is characterized by integrity, energy and focus (not to mention lower yields). Which is, of course, also the case with the better wines labeled Frascati. Look for names such as (in alphabetical order) Borgo dei Cedri, Castel de Paolis, De Sanctis, Gabriele Magno, Merumalia and Villa Simone and you won’t be disappointed. (Many of these producers also make very good Roma wines.) 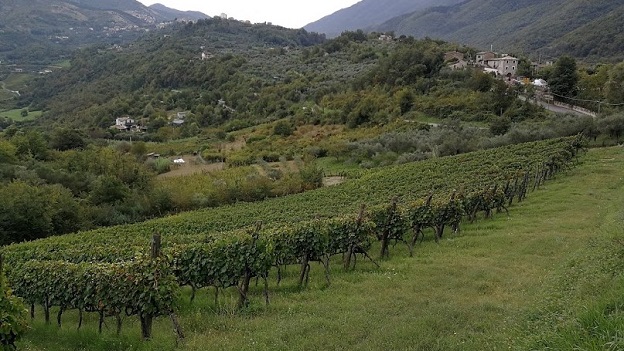 Cori is a pretty town about an hour southeast of Rome where some of the region’s best and most fairly priced wines are currently being made. The varieties most typical of the area include Nero Buono, a red grape that gives savory, slightly tannic wines, and Bellone, one of Italy’s most underrated white grapes, which, in the right hands, gives world-class sparkling, dry and sweet whites. Look for the outstanding organic wines of Marco Carpineti or the amazingly inexpensive, high-quality wines of the Cincinnato cooperative.

The Lazio coast is another area that is becoming increasingly interesting. Many forgotten grape varieties call it their home, and they have been resurrected of late by passionate, curious winegrowers. Winemaking levels are not uniformly high across the area, but there are positive signs of improvement. Certainly, the wines of the Sant’Andrea estate, famous for its Moscato di Terracinas, have never been better. (Moscato di Terracina is a local Muscat variety that has elements in common with Moscato Bianco, Moscato Giallo and Zibibbo, yet is distinct from all three.) 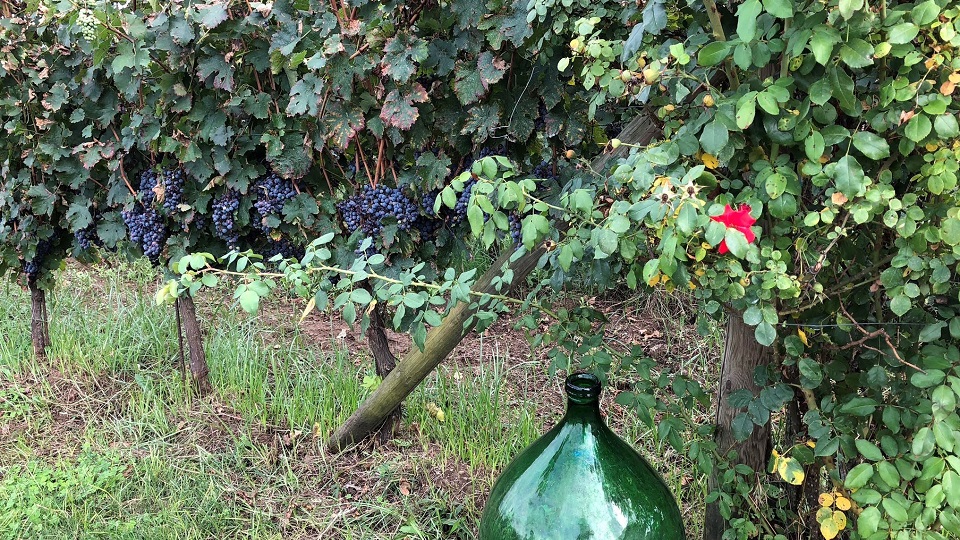 Grapes protected from the hot sun by a shady canopy of leaves.

But by far the most intriguing wine production area in Lazio today is the one where the three red Cesanese varieties rule, situated immediately south and southeast of Rome, in the direction of the city of Frosinone. The three denominations of Lazio’s Cesaneses are Cesanese di Olevano Romano, Cesanese d’Affile and Cesanese del Piglio. The biggest difference between the three is that Cesanese di Olevano Romano is made from vineyards planted on more flatland plains with a higher percentage of the Cesanese Comune variety, while the other two denominations are characterized by more mountainous, even extreme, viticulture and a much larger presence of the Cesanese d’Affile variety. In any case, these three denominations are making some of Italy’s most interesting red wines today, and a few are of world-class quality. Look for the wines of Damiano Ciolli (a talented producer who ranks with the best of Barolo and Montalcino), Abbia Nòva, Casale della Ioria and Colacicchi; there are others worth hunting down too. 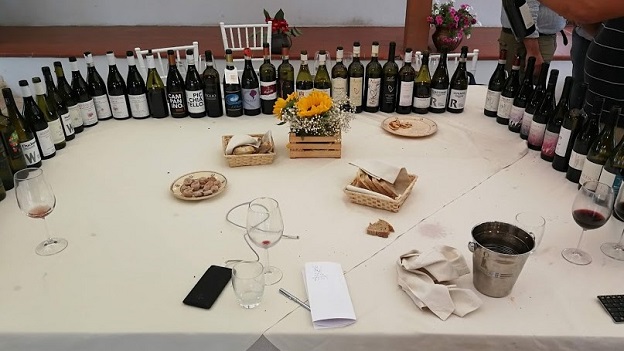 Recent vintages have not been easy for Lazio’s producers. For example, 2018 was marred by a great deal of rain, and production was down by as much as 30% in many areas. The sweet wines show very little noble rot, as it was quickly washed away by rain, and many reds are either dilute or marred by green streaks due to uneven physiologic ripeness of the grapes. However, there were many lovely dry white wines made in 2018, and some reds are brimming with perfumed red fruit and high but harmonious acidity levels. 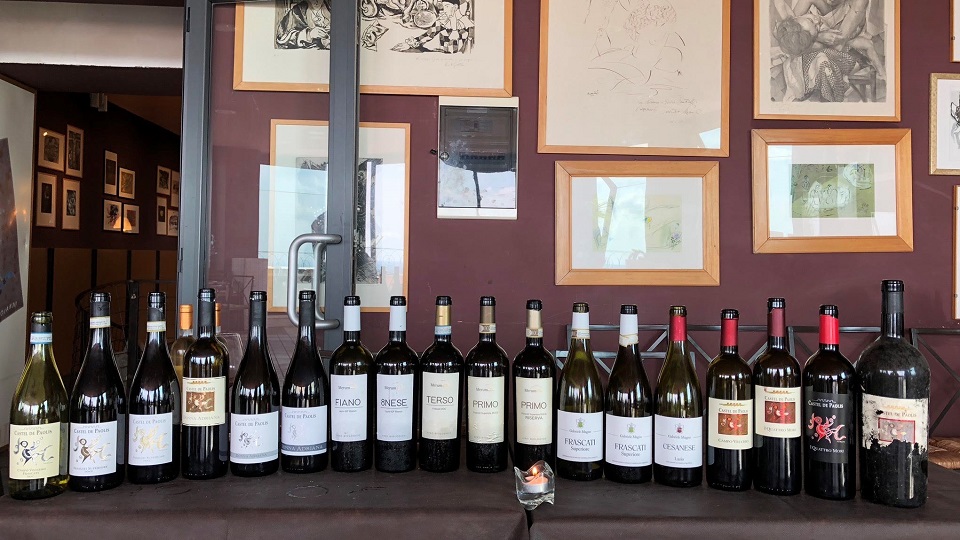 Surveying some of the best new releases from Frascati.

If 2018 was difficult, then 2017 was even more challenging. Though there are always exceptions in any wine region, the 2017 vintage was generally so hot and dry that, for example, the Cesanese varieties were harvested a month earlier than usual and the white grapes about two weeks ahead of the norm. Production levels were also low in 2017 as many grapes just shriveled on the vines. The positive side of the dry conditions was that there was little or no disease pressure and grapes were mostly healthy. Well-made 2017 reds are fleshy and ripe, while the whites are tactile and rich.

I tasted all the wines in this report during Lazio winery visits in the months of February, April and May 2019, in my office in Rome, and at the annual Vinitaly fair in Verona.

The Wines of Lazio: There’s Potential Gold in Those Hills, Ian D'Agata, August 2017