Sardinia on a Roll

There are few more exciting wine-production areas in Italy today than Sardinia. Family-run estates and cooperatives are producing a bevy of high-quality, generally inexpensive red and white wines that deserve to be better known. Add in some of Italy’s best rosés and sweet wines, and Sardinia offers something for everyone, beginners and experts alike.

Sardinia’s estates and social cooperatives are clearly more confident and goal-directed—and better equipped—than they were 20 years ago, and the island’s wines just keep getting better. Co -ops have been shooting for—and achieving—quality as well as quantity. The region’s many smartly run family estates, while remaining for the most part proudly anchored to tradition, are now making cleaner and more precise wines that are more in tune with today’s fast-paced lifestyles. The fact that Sardinia’s wines are generally not expensive is an added bonus.

It All Starts with the Grapes

Along with Campania, Piedmont, Friuli-Venezia-Giulia and Valle d’Aosta, Sardinia is the region in Italy that relies most heavily on indigenous cultivars. There’s little emphasis on international grapes that, in Italy at least, often give wines of limited interest compared to wines made elsewhere in the world from the same varieties. The key to Sardinia’s success is the high quality of the island’s native grapes, one obvious example being Cannonau, a local biotype of Grenache. Sardinia’s Carignan wines have long been viewed—and not just by me—as the best made anywhere in the world. No other wine region has anywhere near the success with Vermentino (the Rolle or Malvoisie Gros Grains of southern France and the Mediterranean basin) that Sardinia has. In fact, Vermentino wines are selling so well that many southern French producers have taken to referring to their versions by their Italian name (charmingly pronouncing it Vermentinò, with the accent on the “o”), abandoning the use of “Rolle.” This is a rather unusual step for the French, which tells you something about the success these Sardinian wines have met in wine-loving circles everywhere. 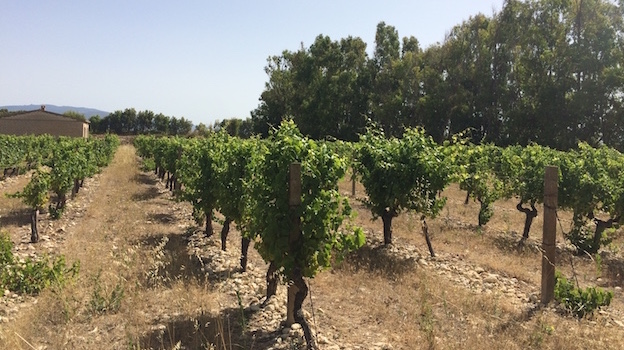 Among the many native cultivars that Sardinia can call its own, there are at least three that I believe to be particularly interesting: Monica, Cagnulari and Semidano. Monica is actually not one grape but rather a group of unrelated Sardinian grapes; in fact, there are at least four different Monica varieties on the island, but only one is grown in any significant quantities. This variety has a knack for delivering delightfully perfumed, medium-bodied wines brimming with bright red cherry and small red berry aromas and flavors complicated by sweet spices and floral nuances. Especially in the hands of talented producers, these wines are very much like slightly fuller-bodied pure Sangioveses. The number of monovariety Monica wines has steadily increased over the years, a sure-fire sign that more and more producers are taking notice of its potential. It’s hard to predict whether it will undergo a similar rise to fame as Puglia’s Uva di Troia, Friuli-Venezia-Giulia’s Schioppettino or Abruzzo’s Pecorino, all of which were nearly impossible to find as monovariety wines only a generation ago but nowadays are each made by dozens of different estates, but I’d say that Monica has similar potential.

Cagnulari is also beginning to blossom. Whereas five or six years ago I would have had trouble writing about more than one or two monovariety Cagnulari wines, this is no longer the case as an ever-growing number of Sardinian producers have added a monovariety example to their wine portfolios. Mesa is the latest well-known Sardinian producer to do so. With Cagnulari, unlike with Monica, some of the wines don’t resemble each other very much: some are light and breezy while others are tough and brooding, and some display aromas and flavors reminiscent of red fruits while others speak of black fruits. A possible explanation for the wide range of Cagnulari styles is that some estates are unwittingly using Bovale Grande, which is often confused in vineyards with Cagnulari. But the two varieties, although genetically similar, produce different wines. I hope Sardinian producers will quickly come to grips with this problem, which is a momentum killer on the world wine stage—something most Italian producers, who prize individualism and creativity most, fail to realize. For instance, among the many reasons why Burgundy and Champagne wines are international favorites is that people buying those wines know pretty much what they are getting every time they open a bottle. On the other hand, wines from the likes of Chianti, where just about anything can be added to Sangiovese, or Alsace, where so many so-called dry wines actually have widely varying levels of residual sweetness, have encountered commercial difficulties over the years.

Last but not least, of the Sardinian varieties with high potential, Semidano is the least known. This is mainly because it’s more difficult to work with than Vermentino. But Semidano can be used to make white wines of uncommon refinement, showcasing delightful minerality and floral nuances. I hope it will soon be produced as a monovariety wine more widely than it already is: Semidano wines are currently being made only by the Cantina Il Mogoro, a large social co-op, and by a few very small local producers. Hopefully, knowledgeable and intellectually curious sommeliers around the world will increasingly serve such wines to increase their international market’s awareness.

For now, there is no doubt that Vermentino rules Sardinia’s wine roost. So it should, as the variety allows producers to fashion a very wide range of different and thoroughly delicious wines. Sardinian Vermentinos can run the gamut from easygoing and quaffable to more complex wines redolent of resiny, mineral and pungently floral notes. This is especially true of the Vermentinos made from grapes grown in the beautiful Gallura area, in Sardinia’s northeastern corner, where soils characterized mainly by degraded granite contribute to turning Vermentino into much bigger and more complex wines than those made with grapes grown elsewhere and labeled Vermentino di Sardegna. These latter bottlings are much more fruity and charming but ultimately less complex and savory than Vermentino di Gallura. 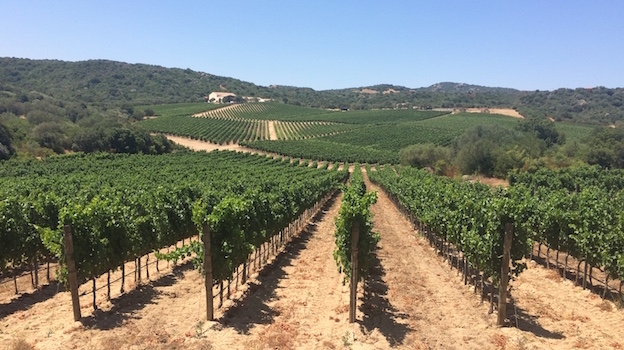 Sardinia offers so much more than Vermentino, and my hope is that producers and consumers alike will become more aware of its other offerings. On the red side of the wine spectrum, I am pleased to report that Sardinia’s Cannonau wines are increasingly becoming more polished and less superripe. Although alcohol levels can be very high. Until viticultural practices change, or creative steps are taken in the cellars, the rather high alcohol content of the island’s reds are presently unavoidable given Sardinia’s hot climate.

I also urge wine lovers to try the magnificent wines made with the Vernaccia di Oristano grape—not to be confused with Tuscany’s Vernaccia di San Gimignano, a completely different and unrelated variety. Vernaccia di Oristano is used to make wines that undergo a natural controlled oxidation. The wines age in casks made from different types of wood (oak, chestnut, cherry and others, though oak is increasingly being used), which are not totally filled; eventually this leads to the build-up of a native yeast called flor, which appears like a white film on the wine’s surface. The flor eats the wine’s sugar, and when there is no more sugar left it consumes oxygen and alcohol to survive, forming acetaldehyde and other precursor molecules that lead to the formation of new aromatic molecules highly typical of these sherry-like wines. Vernaccia di Oristano wines vary from light, fresh, dry whites to immensely complex and oily ones—both dry and off-dry, and pale to dark amber-colored wines that rival the very best Manzanilla, Amontillado and Oloroso sherries. Unfortunately, Vernaccia di Oristano is tragically out of fashion (much like Sicily’s Marsala wines, for example) and it’s a real shame, as these are some of Italy’s most distinctive wines.

Sardinia’s 2014 and 2015 vintages were polar opposites. The overall hot but at times rainy 2015 growing season produced white wines that are less perfumed and higher in alcohol than usual; generally speaking, I prefer the 2014s. On the other hand, the hot weather during most of the growth cycle of 2015 yielded red wines that are especially luscious and powerful, and potentially ageworthy. The 2014 vintage in Italy has always been plagued by a bad reputation because it was much rainier and cooler than usual, but weather conditions were less dire on Sardinia, which lies well off the west coast of Italy, than elsewhere. For the most part, Sardinia’s white wines are hugely successful in 2014; the reds, on the other hand, can be diluted or marred by a green streak. 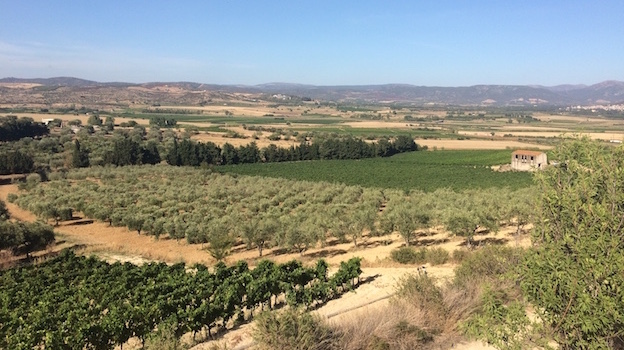 The view at Flli. Pala

While 2015 favored red wines and 2014 whites, in 2013 both colors fared well. However, not all of the island’s different wine-producing areas performed equally well, as the western and southern portions of Sardinia experienced very different weather patterns. The former recorded much higher than usual rainfall and cooler temperatures, while the latter basked in generally sunny, warm weather. It appears that Moscato and Cannonau wines were less successful in 2013, as these grape varieties were affected by berry shatter and millerandage. Vermentino, Nasco and Malvasia wines are best in 2013.