Not much appears to have changed in Campania since my last article on Vinous, published in November 2016. The region’s strong suit continues to be its white wines. In fact, it’s safe to say that Campania, along with Alto Adige, Marche and Friuli Venezia Giulia (FVG), is where your chances of finding a stellar Italian white wine are highest, thanks to a plethora of high-quality white varieties and adept winemakers.

Campania’s red wines are another story. Great progress has been made with Piedirosso, a difficult variety that only reaches optimal physiological ripeness in the best terroirs and in long, warm growing seasons. Numerous estates make delicious, light-bodied, fragrant, quickly accessible wines. And yet Aglianico and the most important wines it informs – Taburno and Taurasi – remain huge missed opportunities. One of the world’s most underrated red wine grapes, Aglianico is held back by shortsighted viticultural and winemaking decisions, such as allowing the grapes to overripen on the vine (in search of needlessly high alcohol levels that are now out of fashion) and using oak of questionable quality. Some Aglianico wines also do not taste especially dry, no matter what the residual sugar levels provided by producers might indicate. For these reasons, potentially great Italian wines such as Taburno and Taurasi fail to join the ranks of the world’s top reds. And this is a real shame; you only have to taste the wines of Contrade di Taurasi/Lonardo, Guastaferro, and Mastroberardino, for example, to realize that world-class wines could be made with the Aglianico grape. 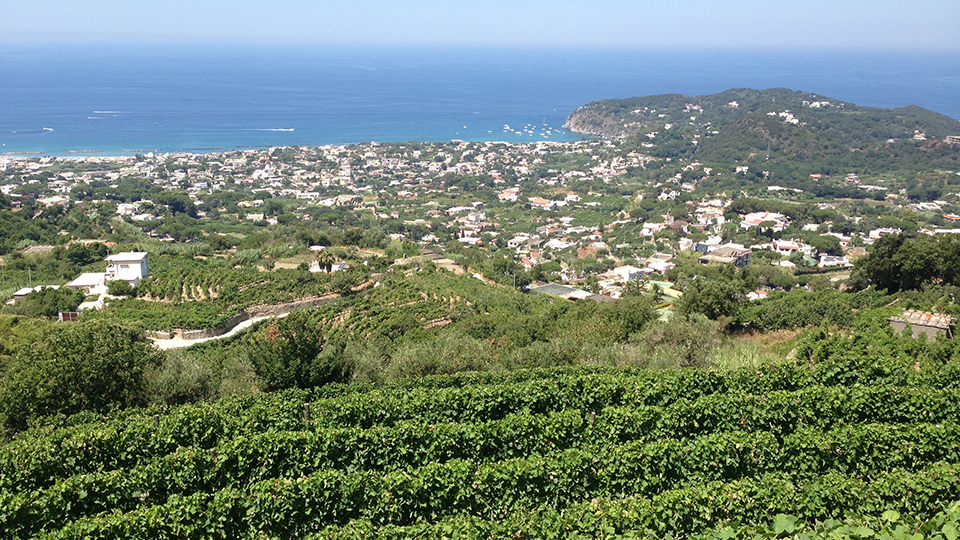 Only Alto Adige and Friuli Venezia Giulia can match Campania in their large numbers of high-quality white wine grapes. (By contrast, the Marche’s best whites are mostly made from just one grape, Verdicchio.) The list in Campania includes Fiano (arguably Italy’s best native white grape), Greco, Coda di Volpe Bianca, Caprettone, Biancolella, Forastera, Falanghina Flegrea and Falanghina Beneventana. There are also some very interesting whites being made with Pallagrello Bianco, Asprinio Bianco, Catalanesca, Ripoli, Ginestra and Fenile, although the last three are still very sparsely planted and limited to the Amalfi coast. Among red grapes, not just Aglianico and Piedirosso but also Pallagrello Nero, Casavecchia, Sciascinoso, Tintore di Tramonti and Coda di Volpe Rossa are capable of giving something special. For a more detailed discussion of Campania’s many different grape varieties and wines, please refer to my November 2016 article entitled “Campania: Getting Better and Better.”

Campanian denominations such as Fiano di Avellino (Fiano is the grape variety and Fiano di Avellino is the wine), Taurasi and Greco di Tufo (again, Greco is the wine grape, while Greco di Tufo is the wine) are reasonably well known, but many other potentially stellar denominations are not. For example, few wine consumers outside Italy are aware that the beautiful island of Ischia has a long and distinguished viticultural history. In fact, agriculture and not fishing is the island’s second most important source of income after tourism. The island’s cuisine reflects this fact, and vegetables and meats play an even more important role than fish in many local recipes. (Ischia’s most famous dish is coniglio all’ischitana, a rabbit dish featuring the very tasty locally grown critters.) Ischia boasted over 1,000 hectares of vineyards as recently as the 1960s, but that total has fallen inexorably over time to today’s roughly 400 hectares. Happily, there has been a freeze on the construction of houses and hotels, and most of the island’s remaining vineyards are located on steep, hard-to-reach hillsides and mountaintops, so viticulture is alive and well on the island and will remain so. 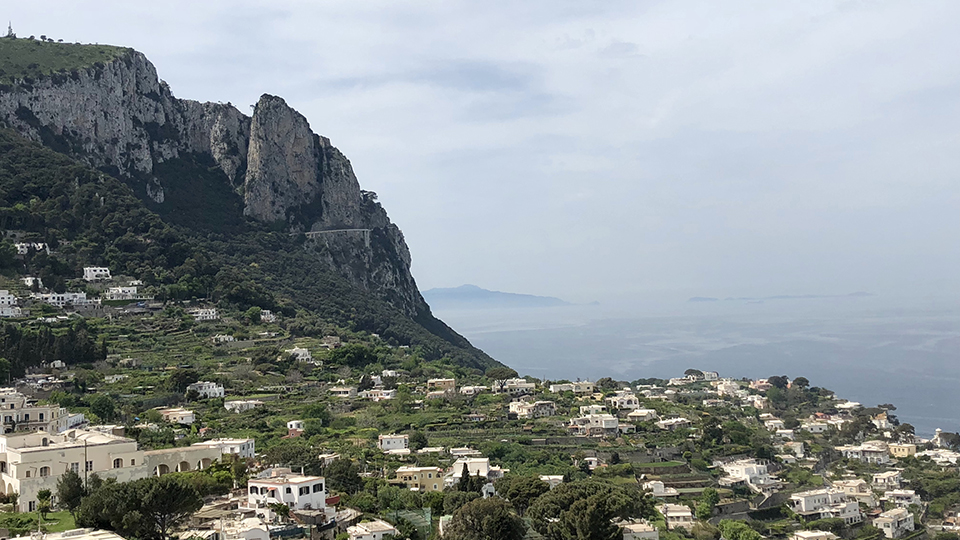 Ischia’s wine production is dominated by two grapes that are rarely grown off the island: Biancolella and Forastera. But there is also a movement afoot to save other little-known local varieties. About five years ago, Giancarlo Carriero, whose family owns the Albergo Regina Isabella (a world-class spa and five-star luxury hotel), sponsored a project to make wines from forgotten Ischia varieties. After purchasing winemaking equipment and bottling a few promising wines with his beverage-manager and viticulturally trained brother, Carriero added consulting winemaker/guru and university professor Luigi Moio (of the famous Quintodecimo estate) to the team and now produces small volumes of wine from the likes of San Lunardo, Cannamela and Guarnaccia Ischitana – grapes nobody outside of immediate Ischia drinking circles knew anything about. A proud hotelier in love with Ischia, Carriero did not set out to make wine for commercial purposes but rather to help preserve the island’s rich biodiversity and create work for local youth. (He even funds an annual grant for a university enology student who devotes his or her thesis work to the island’s native grapes.) The project’s success has led other producers on the island to begin making monovariety wines from Guarnaccia Ischitana, a variety that nobody cared for before Carriero came along. That an extremely successful hotel and restaurant owner and president of the Campania association of businesses would find the time to get involved in an activity far removed from his own profession speaks volumes about the siren song of wine.

Similarly, over in Capri, the Koch family decided to make wine from a small vineyard they own. Their Scala Fenicia is now the only estate on the island producing and bottling a DOC white wine. Capri is much smaller than Ischia (barely one-quarter its size, at roughly 40 square kilometers), but winemaking has been prominent on the island since ancient Roman times. The birth of Scala Fenicia preserves a segment of Capri history – and the wine is excellent to boot. 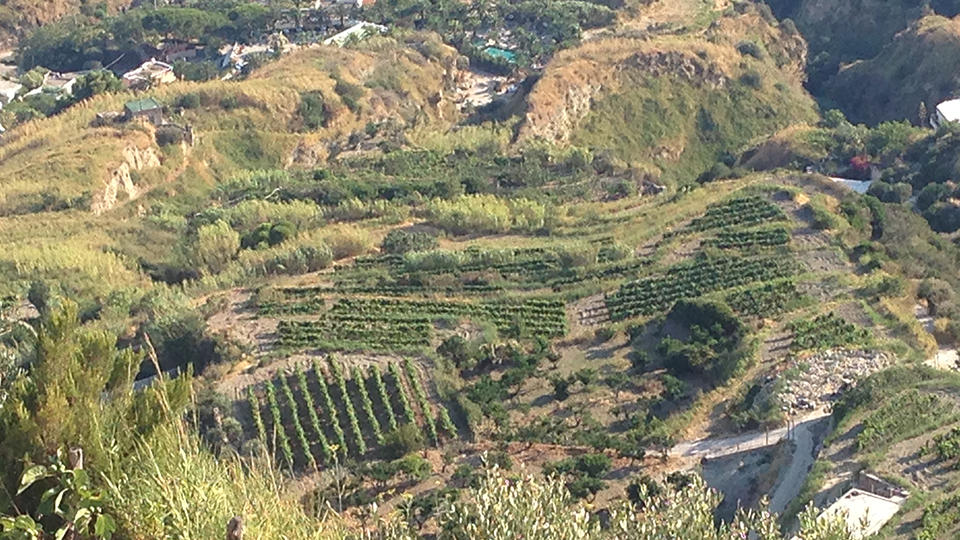 Ischia is a green island with many beautiful vineyards

In contrast to Capri’s meager production, other viticultural areas in Campania have always bottled significant quantities of wine, but only recently has the quality of those wines improved enough to begin raising eyebrows. A good example is the Campi Flegrei, a sulfur-rich area (yellowish stones can be seen in the surface soil) immediately north of Naples, where there are clear signs of improved winemaking and better wines. Estates such as Agnanum, Contrada Salandra and La Sibilla are virtually unknown even in Italy, but they are among the best in the region and even in the country. Only Mustilli, in the more inland area of Sant’Agata dei Goti, makes Falanghina wines of similar quality. However, be aware that these estates use at least two distinct Falanghina varieties: Agnanum, La Sibilla and Contrada Salandra grow mostly Falanghina Flegrea, while Mustilli grows mostly Falanghina Beneventana (plus a local Falanghina variety that has not yet been officially named). The two varieties give different wines, the Flegrea showing more menthol and resin qualities and the Beneventana displaying orchard and even tropical fruits. Unfortunately, over the last 20 years, most estates in Campania have co-planted the two Falanghinas, so understanding what each variety can give is difficult unless you know exactly what the producer is growing (and sometimes even the producer isn’t certain).

South of Naples, along the beautiful Amalfi coast, a real Renaissance in wine quality is also taking place. The bucolic countryside around the town of Tramonti is teeming with new and exciting wineries: Giuseppe Apicella, Reale, San Francesco and Tagliafierro are just some of the names worth knowing. And the fact that many of these producers have brought back to life the very promising Tintore di Tramonti red variety, which is also capable of producing lovely rosato wines, just adds to the interest this area holds for wine lovers. 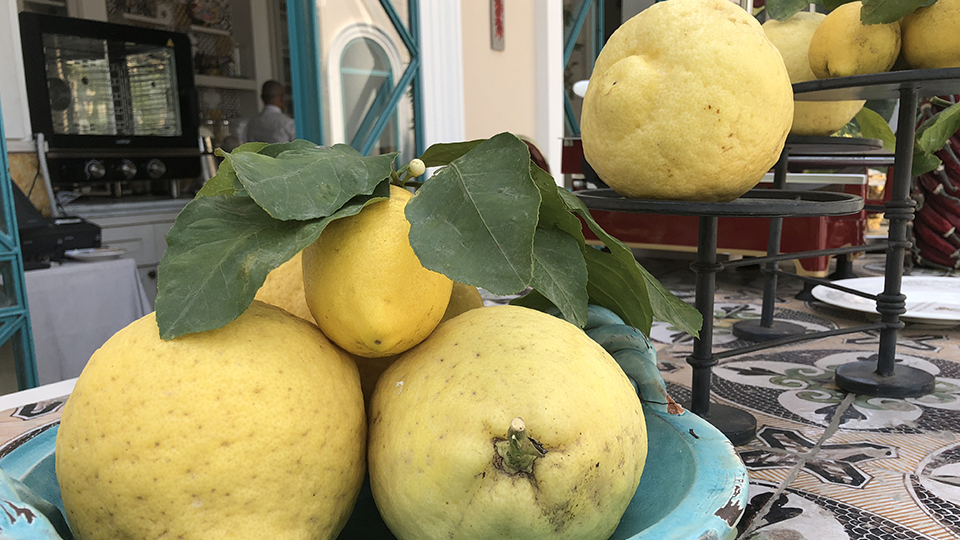 It's not just grapes that grow happy and healthy in Campania

The 2017 vintage was characterized by extreme drought, and wine production was down in most denominations. The fact that a sizable percentage of Campania’s vineyards is planted on sandy soils only made matters worse in this water-challenged year. By contrast, disease pressures were virtually nonexistent and the grapes were healthy and mostly ripe. Unfortunately, the heat and drought combined to cause aromatic compression by burning off precursor molecules that give wine its perfumes, so the 2017 whites are often creamier and softer than usual, but lack their typical lift. The hot, dry conditions also resulted in water stress and a blockage in maturity, which partly explains the gritty tannins found in many of the region’s red wines. Overall, 2017 was a vintage in which estates with superior viticultural practices and winemaking skills performed best. By far the most successful grape variety in 2017 was Greco. In particular, look for Greco di Tufo, as they are generally head and shoulders above all other white wines in this vintage.

By contrast, it was Fiano that performed best in 2016, producing many lithe, mineral-accented, potentially ageworthy wines. Some Taurasi, Coda di Volpe Bianca and Falanghina wines can also be very good to outstanding in this vintage. The 2016 growing season could not have been any more different from those of 2015 and 2017. Early-season rain, especially from mid-May through June, resulted in widespread downy mildew (peronospora) that required constant intervention. Flowering occurred mostly in June, but was irregular and drawn out, reducing potential yields, while late-season frost further cut production. Overall, production was down by around 20%. The vintage was saved by better weather beginning in July, and breezy and not excessively hot August and September conditions with good diurnal temperature variation allowed for wines of considerable freshness. Overall, 2016 will be remembered as a year of mostly lighter, more elegantly styled wines.

Two thousand fifteen was another growing season marked by very high temperatures and drought conditions (in fact, 2015 featured the hottest July ever recorded in Italy). The potential for vine stress had been somewhat reduced by higher-than-usual rainfall during the winter months, which resulted in adequate water reserves in the ground. But the summer was so torrid that water stress nevertheless became a problem in many areas. Bud break was early, but flowering was prolonged. Even worse, in contrast to 2017, the months of June and July were characterized by unusually warm nights, which further decreased the vibrancy of the resulting wines. In general, the 2015 whites are somewhat low on perfume while the reds are large-scale and tannic. Both colors are generally marked by lower-than-usual acidity.

The wines in this report were tasted at the wineries in Campania in May and in my office in Rome in September.

The Wines of Campania: Getting Better and Better, Ian D'Agata, November, 2016