Sicily’s red wines, even the good ones, carry a monkey on their shoulders. Namely, most people think of them as broad, fleshy behemoths sporting superripe if not downright overripe aromas and flavors and unwieldy alcohol levels. But this is clearly not the case with the region’s best wines made from its two mostly widely known native red grapes, Nerello Mascalese and Nero d’Avola. This Vinous exclusive, a report on the first complete vertical tasting to date of Donnafugata’s Mille e Una Notte, demonstrates how refined and harmonious truly great Nero d’Avola wines can be. 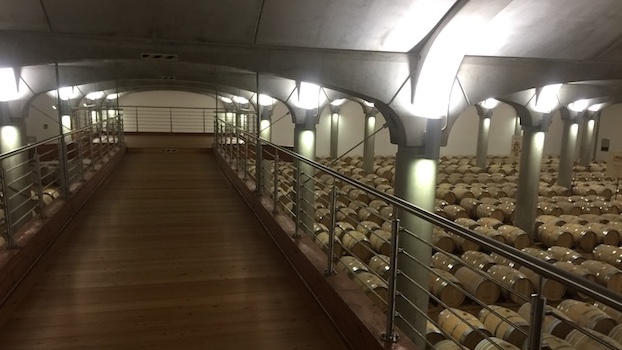 The barrel cellar at Donnafugata

The Birth of a Modern Southern Italian Icon

Donnafugata launched their Mille e Una Notte red wine in 1995, in collaboration with Giacomo Tachis, perhaps Italy’s most famous modern winemaker. Tachis was responsible for many other famous Italian red wines, including Tignanello, Sassicaia, d’Alceo, Sammarco, Turriga and Pelago). In the early ‘90s, Tachis started creating new wines for Donnafugata, either made with international grapes alone or from blends of international and native grapes. These included a Nero d’Avola-Cabernet Sauvignon blend called Tancredi (first made in 1990) and the oak-aged Chardonnay named Chiarandà del Merlo (1992 was the first vintage; the blend has changed over the years, and the name of the wine was later shortened simply to Chiarandà).

It was perhaps inevitable that, sooner or later, a top monovariety wine from the island’s most abundant and iconic red grape, Nero d’Avola, would be born. In 1995, while tasting the best lots of Nero d’Avola in the Donnafugata cellar and being blown away by their quality, Tachis suggested that the time was right to launch just such a wine. Antonio Rallo, whose family owns Donnafugata, still remembers vividly how, upon tasting the first Mille e Una Notte ever made, he immediately rushed home to tell his mother Gabriella that “today we have made the best wine ever at Donnafugata!” Clearly, she was of the same opinion, and she decided the wine’s name should be Mille e Una Notte (or The Thousand and One Nights) because, in her view, the wine was so good that each bottle told a new, different and magical story, much like in the Arabian tales of the One Thousand and One Nights (in which the beautiful and crafty Sheherazade repeatedly prolongs her execution by keeping the Persian King Shahryar up each night by telling one marvelous tale after another). 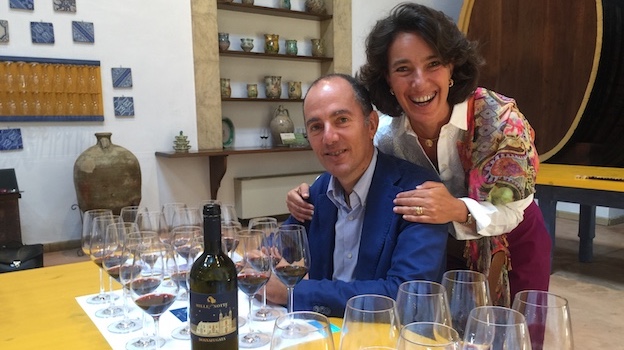 Originally, Mille e Una Notte was a blend of Nero d’Avola with a little Perricone, another Sicilian native red grape that is currently back in fashion. In reality, at the time this blend was unavoidable, because the estate’s oldest Nero d’Avola vines were co-planted with Perricone vines, as was commonly done in Sicily. Clearly, co-planting has always been typical of the Italian countryside, because this enabled farmers to hedge their bets in weather-challenged years when one hardier grape variety might help make up for poor quality or short crops in the others. Of course, it didn’t hurt that Perricone is an ideal partner to Nero D’Avola, and for many reasons, the most important of which is that Nero d’Avola is especially rich in tartaric acid, and so it benefits greatly from the addition of a little Perricone, which is much higher in pH and therefore has a welcome softening effect on the blend. Also, Perricone’s intense fruit flavors nicely complement those of the more famous, more floral Nero d’Avola.

With the beginning of the 21st century, Mille e Una Notte became essentially a monovariety Nero d’Avola, thanks to new plantings of Nero d’Avola having reached the age at which their fruit could finally be used in what had become the estate’s top wine. In 2009, a little Syrah was added, and since 2010 a bit of Petit Verdot has also found its way into the blend. It is to the Rallo family’s credit that, over the years, these international varieties have never been allowed to camouflage the Nero d’Avola’s aroma and flavor profile. Thus Mille e Una Notte has remained a distinctive wine that speaks of its land’s history, soil and climate. With Mille e Una Notte, Nero d’Avola’s ability to produce fresh, spicy wines of real refinement comes through clearly, in contrast to the many overripe wines from the island.

Mille e Una Notte is made from vineyards planted in the Contessa Entellina DOC, situated in central Sicily at 200 to 600 meters (656-1968 feet) above sea level. The soil is mainly calcareous clay rich in mineral elements such as potassium, manganese and iron. Although different consulting winemakers have been involved here over the years (Tachis until 1999, Carlo Ferrini in the 2000s), the winemaking hasn’t changed much, with total time on the skins lasting roughly 14 days and fermentation temperatures reaching 28 to 30 degrees Celcius (82-86 Farenheit). The wine is aged in mainly new French oak barriques for roughly 14 months, depending on the vintage, and is then held back for another 36 months in bottle prior to being released. 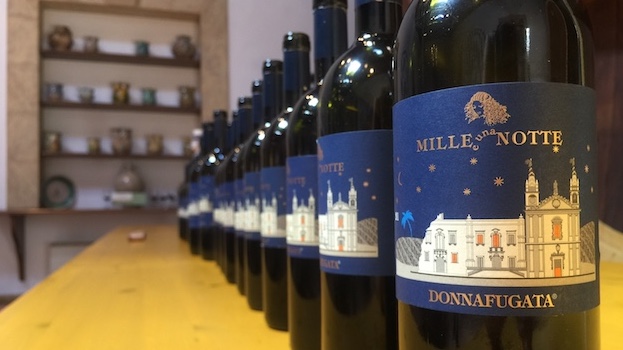 Mille e Una Notte has gone through four distinct periods in its two-decade history. The first phase, from 1995 to 1997, yielded three outstanding wines that are varietally accurate but perhaps less polished than those made in subsequent decades. The second phase, from 1998 to 2002, was marked by drought-year conditions. Wines from 2003 through 2008 are nearly 100% Nero d’Avola and were made in slightly more favorable weather conditions, and the grape variety was better able to show off its great potential. The current phase of Mille e Una Notte’s existence began with the 2009 vintage, when international varieties were added to the blend.

Mille e Una Notte is a wine I know extremely well, having tasted almost every vintage numerous times over the course of the last 20 years, and having followed the development of the wines very closely. That said, I came away from my comprehensive tasting genuinely blown away by the quality of many of the wines. In fact, I have rarely tasted so many outstanding Nero d’Avola wines at the same time. The fact that many vintages of Mille e Una Notte display remarkable elegance and ageworthiness will only add to its reputation. Although it must be noted that those vintages that were unimpressive at the outset have remained so, it is also clear that the 1995 and 2008 bottlings are knockout wines that rival the best that Italy has produced in the last 20 years. And the young 2011 looks to be a classic in the making. 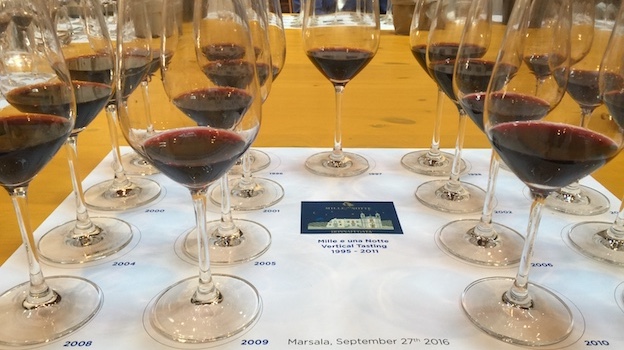 A Note About the Vintages

The tasting at the winery in late September of this year, which included every vintage of Mille e Una Notte yet made, was, simply put, one of the most memorable vertical tastings of a southern Italian wine I have ever had the pleasure to attend. (In fact, it was such a unique event that siblings Antonio and José Rallo, who now run the winery, both quietly attended, along with their marketing and technical directors). I was riveted by the precision and perfume of wine after wine. And even the vintages from drought or very wet vintages acquitted themselves admirably. All of the wines came directly from Donnafugata’s cellars.