The world’s greatest wines transcend the grape variety they are made from or even the place they are made. They offer the best possible expression that can derive from the combination of magical site, variety and human talent. For example, there are many Montrachets, but Leflaive and DRC versions are a step above anything else produced from those hallowed vines; there are many Pomerol or Merlot wines made all over the world, but what Pétrus achieves is quite unlike anything else anywhere. I do not think I’ll offend anyone by saying that the most memorable wines that Bruno Giacosa was able to make from the Santo Stefano cru were quite unlike any made by anyone else from that vineyard. And though less famous and less well-known to the general public than some of the aforementioned great wine names, the same holds true of the Verdicchio dei Castelli di Jesi Classico Superiore Balciana made by the Sartarelli family in the Marche. Simply put, though there are some truly great Verdicchio wines (Villa Bucci’s Riserva springs to mind), no other Verdicchio is anything like Balciana. 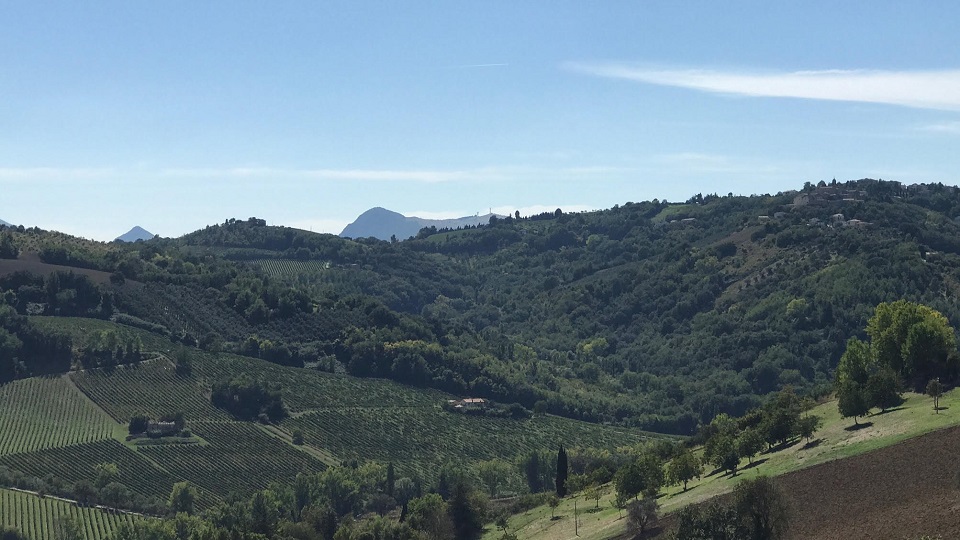 Sartarelli is a rarity in that it is a one-grape domaine. The estate grows one cultivar only, Verdicchio, from which they make a wide range of wines: a sparkling wine, three different dry whites, ranging from the entry-level Verdicchio to the late-harvested Balciana; and a sweet Passito from air-dried grapes. The estate is located in Poggio San Marcello, the smallest village in the province of Ancona, situated on the left bank of the Esino River, where the most perfumed Verdicchios have historically been made. It was Ferruccio Sartarelli, a high-quality baker with a passion for wine, who decided to try his hand at making a world-class Verdicchio. In 1972 he founded the estate bearing his family name. Sartarelli is still a family-run affair, with the husband-and-wife team of Patrizio Chiacchierini and Donatella Sartarelli slowly turning over the reins to their son Tommaso (winemaker) and daughter Caterina (marketing, export and sales). The estate extends over 55 hectares of vines (and six hectares of olive trees) and produces about 300,000 bottles a year. The family has recently finished renovating the winery and building a very interesting museum dedicated, not surprisingly, to Verdicchio, its characteristics, its history and its territory. 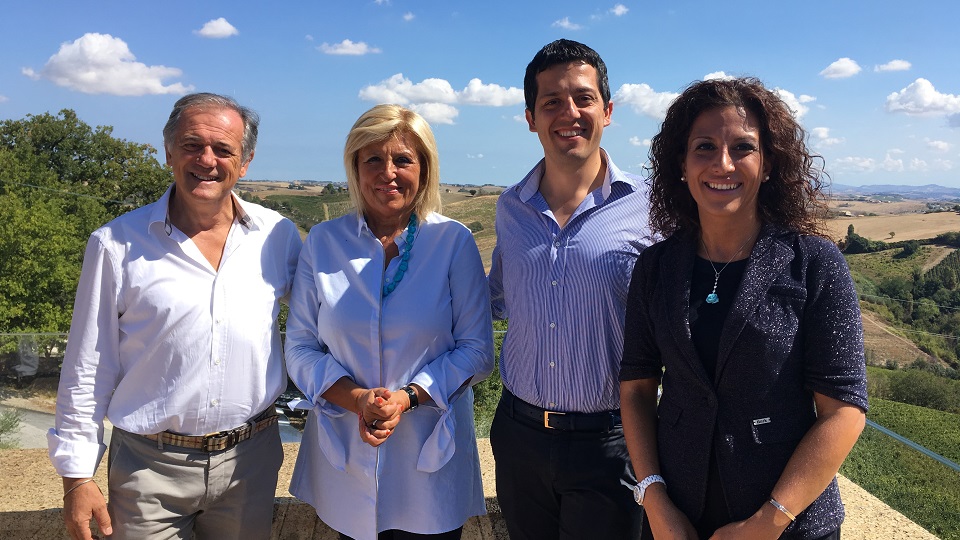 The Wine and Its Terroir

Balciana is the name of the specific area in which the vineyard was planted; it is, in other words, a toponym. The wine is the product of a single nine-hectare vineyard, shaped like an amphitheater, that is clearly visible from the terrace of the Sartarelli winery. Plant density is not especially noteworthy (only 2,500 vines/hectare) and the soils are mostly marly-calcareous. The average vine age is about 25 years; the northeast vines lie 300–350 meters above sea level and the slope is not especially steep (12–15%). The first vintage of Balciana was the 1994, and the wine is made only in the best years (so not in 1996, 2002 or 2005). Production ranges from 6,000–15,000 bottles a year, depending on the vintage.

Most importantly, Balciana is blessed with a unique, fairly cool microclimate, so the vineyard is almost always hit by noble rot. Save for a few particularly dry vintages (2003, for example), virtually all Balcianas have been made with 5–10% of the grapes affected by botrytis. Grapes are usually harvested anywhere from the end of October to the end of November (with most harvests thus far having taken place in the first two weeks of November). The grapes ripen extremely well in the Balciana vineyard, and long hang time allows an easy accumulation of sugar. Therefore, the wine is rarely less than 14.5% alcohol, because lower alcohol levels would mean making an off-dry wine. In fact, Balcianas from the 1990s all show a touch of residual sweetness and slightly lower alcohol levels, but the Sartarelli family has moved toward a slightly drier style over the years. In any case, the combination of late harvest, extreme ripeness and noble rot makes for a remarkably rich, luscious wine that is quite unlike any other dry white made in Italy. 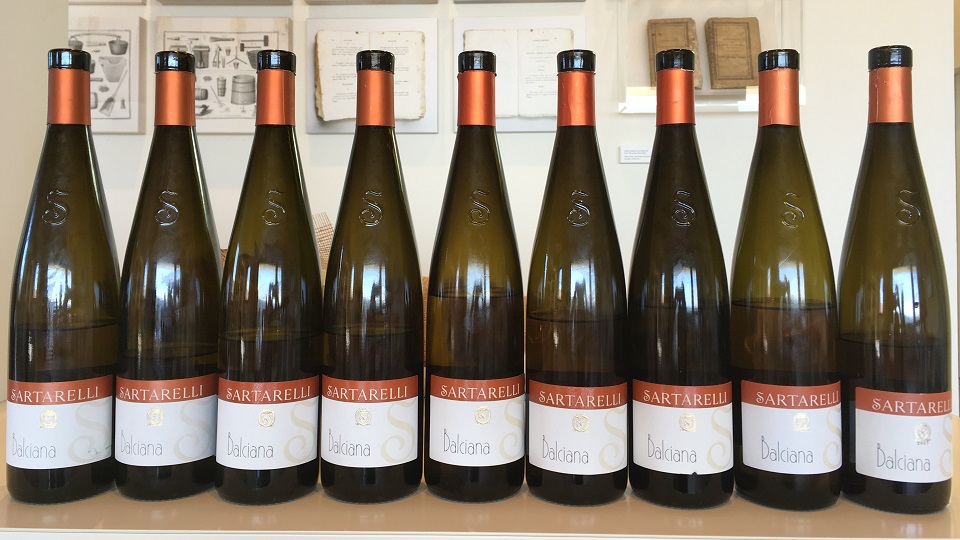 Balciana’s terroir is very important in defining the wine’s characteristics. Thanks to its northeast exposure and the heavily forested summit of the Balciana hill, the vines bask in a relatively cool, very well-ventilated microclimate unlike that of any other vineyard owned by Sartarelli. The vineyard’s microclimate remains remarkably fresh even in the warmest years. In fact, Balciana offers a very interesting lesson in the importance of terroir. In 1999, the Sartarelli family bought another large portion of the slope slightly lower and off to the side from where the original Balciana vines grow, and planted that plot with Verdicchio in 2000. Their thinking, quite logically, was that since this new portion abutted the original Balciana vineyard and the two vineyards were planted on similar soil, the grapes from the new vineyard might one day be used to increase the annual production of Balciana. But it was not to be. After a number of years and trials, the family realized that the new vineyard never allows the formation of noble rot because of the combination of slope, microclimate and exposure results in a lack of humidity that is essential for the development of noble rot. Even more interestingly, the Verdicchio grapes in this plot, which is literally planted only a few meters away from the original Balciana vineyard, were prone to intense air-drying directly on the vine, unlike the Verdicchio growing in Balciana, where no (or very little) air-drying of grapes ever occurs. In other words, the grapes from the new plot never behaved, looked or tasted like those of Balciana, and the wine made with them tasted nothing like Balciana either. Mysteries of terroir, really. In the end, it was decided that grapes from the new plot of vines would instead be used to make a completely new wine, giving birth to Sartarelli’s Verdicchio Passito.

The wines in this report were tasted on two different occasions: in September 2017 with bottles sourced directly at the winery and again in June 2018 with bottles sourced directly from my cellar and bought upon release. There was little or no difference between the tasting notes and scores of the two series of wines tasted, but the estate’s bottles all benefited from decanting, or at least did so to a greater degree than mine. I suggest popping the cork at least one hour in advance on all Balciana Verdicchios that are five or more years old.

Golden Oldies & Goodies: A Look at the Ageworthiness of Verdicchio, Ian D'Agata, October 2018