My visit with Marco Caprai a few months ago was one of the highlights of a day in Montefalco. In recent years Montefalco has experienced a boom in interest and new investments. Little of this success would have been possible without the foresight of Caprai, a man who has dedicated considerable time and resources in promoting the unique qualities of Sagrantino and Montefalco after taking over his family’s estate in 1988. Never one to rest on his laurels, Caprai’s newest project is Montefalco 2015: A New Green Revolution, a collaborative effort involving a number of local wineries which aims to examine and address issues of sustainability in the region.

No expense has been spared at the winey, something that is plainly evident even to the most casual observer. A well-appointed visitors’ center lies at the heart of the property. All of the estate’s wines are available for tasting and purchase in the beautifully appointed tasting room. By far the most impressive part of the winery is the vineyards. Caprai has experimented endlessly with clonal selection in his drive to understand all things Sagrantino. The vineyards themselves are impeccably manicured. Here, too, Caprai has invested significantly in discovering the optimal vine density for Sagrantino, as is evidenced by the many different vine training systems in place throughout the large, sprawling estate. 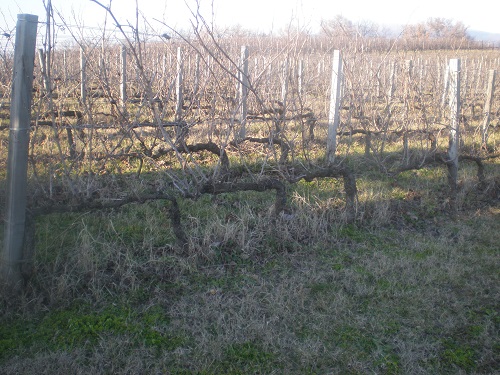 Sagrantino boasts a history that goes back at least several centuries. Up until fairly recently, though, Sagrantino was most often vinified as a sweet dessert wine meant to be enjoyed over the Easter holidays. Because of its intense color and formidable tannins, when it was vinified as a dry wine, Sagrantino was traditionally blended with Sangiovese and other varieties in Montefalco Rosso, the standard red table wine of the region. It has only been over the last few decades that producers have learned to tame some of Sagrantino’s wilder elements, and the results have been extremely promising, as this tasting attests.

Like Sangiovese and Nebbiolo, Sagrantino is a grape that gives its best results in years where hot days are tempered by cool nights, conditions that allow for full phenolic ripeness to be reached gradually. Caprai and consulting oenologist Attilio Pagli favor fairly lengthy macerations, which they believe help soften the tannins as much as possible, within the context of Sagrantino. Malolactic fermentation takes place either in steel or French oak, depending on the quality of the fruit itself, and all of the wines are subsequently aged in French oak barrels. 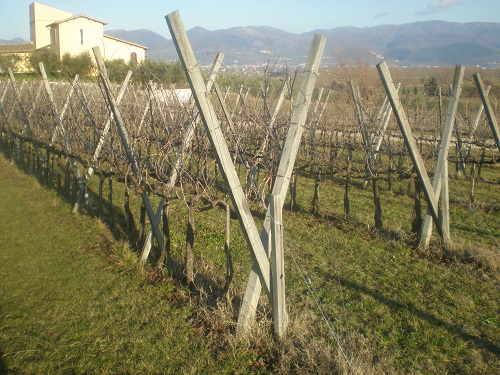 The 1998 Montefalco Rosso Riserva lacks the elegance of the best wines in this flight. Leather, game, worn-in leather and barnyard dominate the wine’s aromatic and flavor profile. Drinking window: 2009-2011. Caprai’s 1997 Montefalco Rosso Riserva is a ripe, sexy wine loaded with ripe fruit. This gorgeous, expansive wine coats the palate with tons of fruit and harmony. The 1997 is absolutely irresistible in every way. Drinking window: 2009-2014. 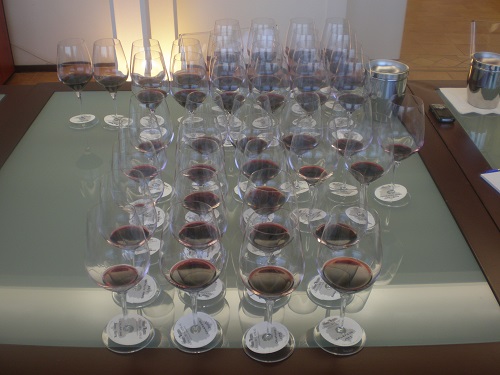 The estate’s Rosso Outsider is a blend of Cabernet Sauvignon and Merlot. The 2006 Rosso Outsider is a flashy, plump wine loaded with ripe fruit. The wine possesses excellent length, although today the tannins remain rather firm. Obviously, there is plenty of time for the wine to finds its inner balance. Drinking window: 2011-2016. The 2005 Rosso Outsider is classy and elegant. The wine’s soft, expansive texture is beautifully balanced by an attractive freshness and a long, lingering finish. Drinking window: 2009-2015. The 2001 Rosso Outsider has developed lovely tertiary notes that add gorgeous complexity to the dark red fruit. The tannins remain somewhat powerful in style, yet the wine has achieved exceptional balance. The 2001 should continue to drink at peak for at least another few years. It is a gorgeous effort from Marco Caprai. Drinking window: 2009-2013.

Caprai’s 1998 Sagrantino di Montefalco Collepiano is a very complete and beautifully balanced wine that has matured splendidly. Everything is simply in the right place, and the 1998 should continue to drink well for another few years, although personally I wouldn’t press my luck too far as the wine is in a gorgeous place right now. Drinking window: 2009-2011. The 1997 Sagrantino di Montefalco Collepiano reveals a gorgeous balance of tertiary aromas and flavors married to a firm sense of structure. Sweet notes of menthol linger on the long, refined finish. This is a wonderfully complete Collepiano. Drinking window: 2009-2012. 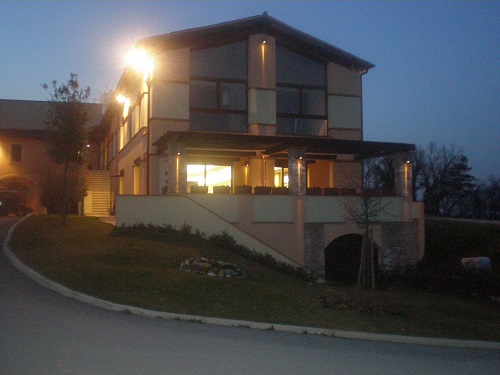 Caprai’s top wine, the Sagrantino di Montefalco 25 Anni, was first released in 1993 to commemorate the estate’s 25th anniversary. It has since gone on to become one of Italy’s most recognized wines. The 25 Anni starts as a vineyard selection of the finest fruit at harvest, followed by a second selection in the cellar. Essentially the 25 Anni represents the finest barrels of Sagrantino the estate has produced in a given year. The wine undergoes malolactic fermentation in French oak and sees approximately 50-60% new barrels, depending on the vintage. The 2006 Sagrantino di Montefalco 25 Anni is a big, brooding wine that needs time to come together. Today the tannins are imposing, yet there seems to be quite a bit of potential in the glass. This will be a fascinating 25 Anni to follow over the coming years. Drinking window: 2011-2021. The 2005 Sagrantino di Montefalco 25 Anni is a rich, sweeping wine that caresses the palate with layers of dark raspberries, flowers, minerals and cherries. This expansive, generous Sagrantino offers tons of length and polish. Sweet notes of herbs, licorice and tar linger on the long, harmonious close. Drinking window: 2011-2021.

The 1998 Sagrantino di Montefalco 25 Anni has developed pretty notes of menthol, tar and spices that add complexity to a rich core of fruit. The tannins remain on the firm side, and one day in the not too distant future they will likely win the battle for domination in the wine’s balance. For today, though, the 1998 is in a beautiful spot to deliver considerable pleasure. Drinking window: 2009-2012. The 1997 Sagrantino di Montefalco 25 Anni is a powerful wine packed with generous fruit. This doesn’t appear to be a perfectly clean 25 Anni, as elements of brettiness detract from the wine’s overall balance. Ultimately the 1997 is a rather one-dimensional  wine, despite its considerable richness. Drinking window: 2009-2011.

The estate’s 1996 Sagrantino di Montefalco 25 Anni is a deeply spiced, balsamic wine loaded with iron, smoke and tar, all of which add complexity to the fruit. The 1996 is still quite dense and full-bodied, and at this stage it seems likely the wine will retain those qualities for some time. In many ways, the 1996 25 Anni reminds me of a Serralunga Barolo in its darkness. Drinking window: 2009-2011. The estate’s 1994 Sagrantino di Montefalco 25 Anni is fully mature. The aromas and flavors have come together in a beautiful expression of Sagrantino. Although the wine is still alive, for my taste it is slightly past peak. Still, at 15 years of age, this is an impressive showing. Drinking window: 2009-2010.