The first installment of our annual Rosé coverage kicked off with an in-depth look at the wines of Italy, and our second installment focuses on wines from all over including France, Spain, the United States and more. Readers will find a wide range of Rosés to suit any occasion. Watch this space as we add more choices from our team of editors in the coming weeks.

Frankly stated, Italy is not as simple as a typical wine-producing nation. This applies to Rosé more than nearly any other category. First, the country boasts over 100 different red grape varieties that can be used to make Rosato, and it’s not always the case that these varieties can be found on the front or back labels of the bottles. Second, just because the Northeast may have had a great vintage, that doesn’t mean the same holds true for the Northwest or the center or south of the peninsula. The fact is that Italy is one of the most geographically diverse winemaking countries in the world, surrounded by water on three sides, with the Alps to the north, desert winds blowing up from the south and a spine of mountains running down the middle. But here’s the good news: while it’s difficult to make a broad generalization about a single vintage and the litany of Rosé that Italy produces, the chances are that the country’s diversity works in consumers’ favor anyway; because even in the worst of years, there will always be a region that excelled, a grape variety that rose to the top and wines that will truly be worth the hunt. 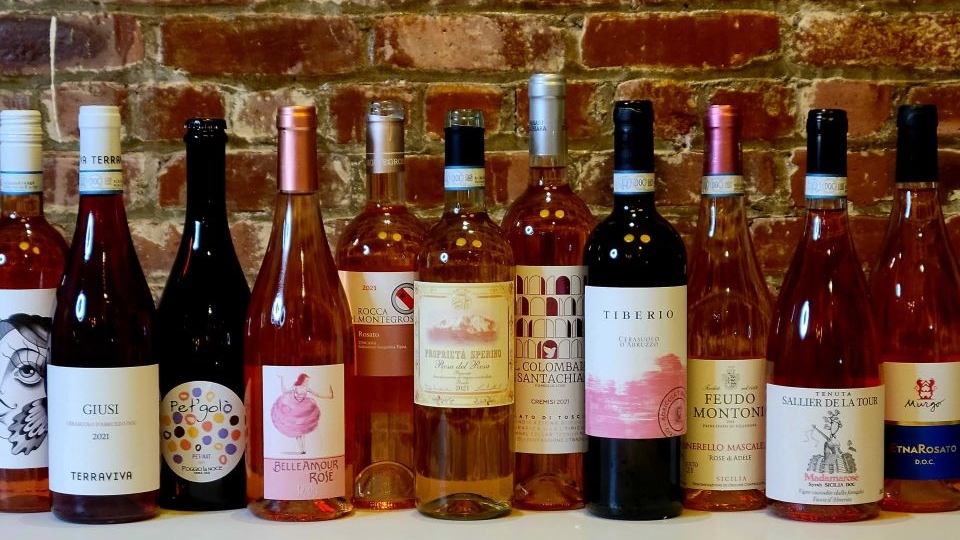 Two thousand twenty-one is the vintage for the majority of Italy’s Rosés current-release. The year was generally warm throughout, and most regions witnessed drastic climatic events, such as sporadic torrential rains, which seems to happen often lately, as a result of global warming. Most regions reported a more balanced year than 2020, from an aspect of heat spikes and serious drought conditions. What’s more, the weather during harvest was temperate.

For my taste, Cerasulo d’Abruzzo continues to be one of Italy’s top categories for Rosato, year after year. The best part about these 100% pure Montepulciano Rosés is that they can be enjoyed upon release, but many of them actually get better over a year or two of cellaring. In addition, varieties like Gaglioppo, Aglianico and Negroamaro are making some of Italy’s most exciting and unique Rosatos. These are wines that are seriously worthy of readers’ attention, and I expect will become more and more popular over time. As for some of the tried and true, both Nerello Mascalese (Mt. Etna’s darling variety) and Nebbiolo continue to produce some of my favorites, for their quenching acidity and nuanced tannins that play with the palate. And lastly (never forget), the best, most quality-minded winemakers always seem to rise to the top, despite local vintage conditions.

So, sit back, dream of poolside sipping through the months ahead and take a look at the notes that follow to find out what you’ll have in your glass.

All of the wines in this article were tasted in our New York offices during the months of April and May 2022. 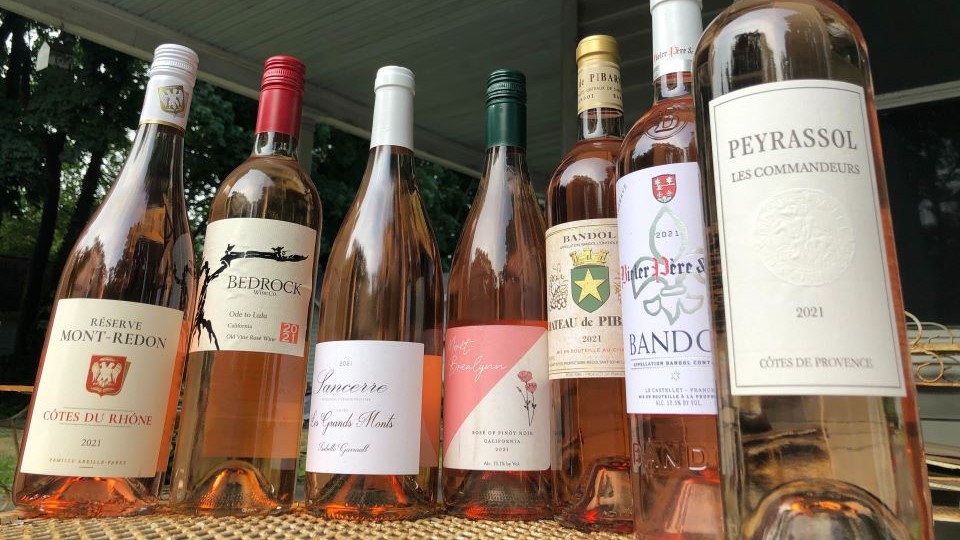 All Aboard the 2022 Rosé Train: Bumps Ahead

As warm weather has returned to the northern hemisphere, the Rosé train keeps on rolling, but the ride has been and is becoming increasingly bumpier. This year the rough ride isn’t so much about what has happened in the vineyards, but more so the difficulties of getting the wines into bottle and out into the market.

Bottling is a huge issue right now. The availability of bottles has never been more limited, especially clear versions which are the packaging choice for most Rosés, particularly those from southern France that dominate the market. Without delving into the issues and specifics of how and why there is a shortage of them (one of the largest producers is in Ukraine, so you can surmise), just know that there are basically no clear glass bottles, in any shape, available now or in the near future.

Pink wines, as far as most of the wine industry is concerned, are a commodity. Commodities, by definition, are all about movement. Not to get into areas that are of little interest to people who just want to drink some wine, but the chain of distribution, or lack of it, is a nightmare today, and rosé has definitely become a commodity.

Throughout all my years in the wine business, which go back to the mid-80s, I have never witnessed a more erratic situation regarding release and arrival times of wines, which is a huge issue when it comes to the pink ones. I have asserted, over and over again for decades, that the best Rosés actually improve for at least a year, and usually more, after release. But the common wisdom remains, in many quarters, that there is actually a “Rosé season”, as if the wines just die after Labor Day weekend, like seersucker suits and white shoes.

I tasted the vast majority of these wines in New York, between early spring and through to early July. A number of others were tasted during my visits to the Rhône valley in May and late June. Because of the aforementioned bottling and distribution issues, I have received fewer samples than usual so far, but they are still trickling in, meaning that this article will be supplemented shortly.