The Wines of Alto Adige

In matters of wine, it is not an exaggeration to say that Alto Adige offers something for everyone. And it really could not be otherwise. Tucked away in Italy’s farthest northeastern reaches, in between the Alps to the north and Trentino to the south, Alto Adige features one of Italy’s smallest and most diverse grape-growing habitats. Vineyards are a common sight not only on the steep mountain slopes plunging down into the Isarco and Adige river valleys, but also on the warmer flatland plains of the Bassa Atesina on the border with Trentino, where the far more temperate climate allows not just grape vines but also olive and fig trees to grow. Consequently, the multitude of different soils and very diverse mesoclimates are home to over twenty different grape cultivars planted at a variety of altitudes ranging from close to sea level to roughly 900 meters above sea level. 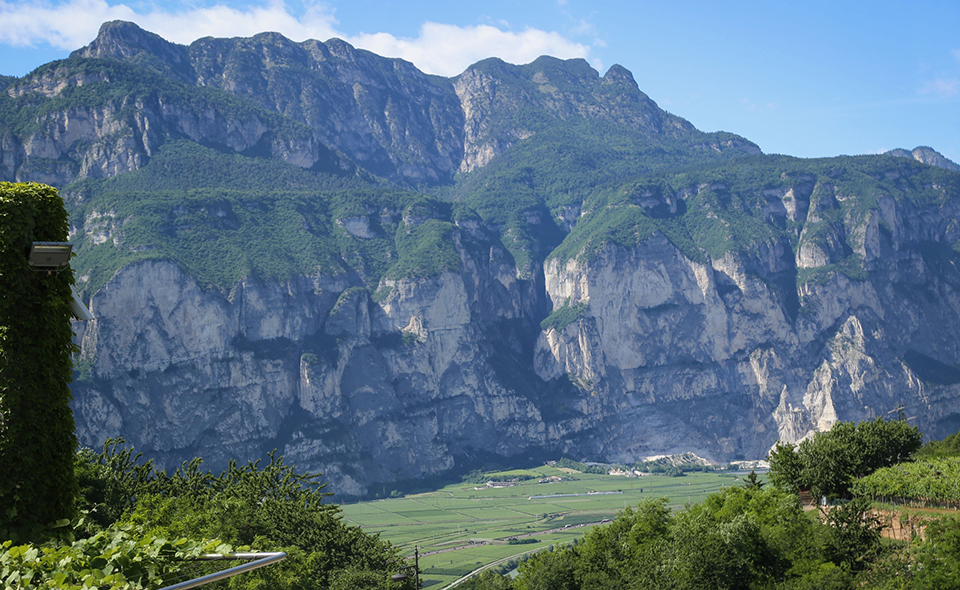 Alto Adige: What’s In A Name

Italy is subdivided into twenty regions, of which Trentino-Alto Adige is, at 1,650 km2, the 12th largest. In fact, the region comprises two very different autonomous provinces officially recognized as such in 1972: Trento and Bolzano. Hence, Alto Adige is known as the “autonomous province of Bolzano-Alto Adige” (though everybody refers to it as Alto Adige for short). In contrast to largely Italian-speaking Trentino, Alto Adige speaks mostly German (although Italian is reportedly still the most common language in five Alto Adige communes: Bolzano, Bronzolo, Laives, Salorno and Vadena). Actually, in both Trentino and Alto-Adige (and Veneto too), a separate ethnic group also speaks Ladin, a Rhaeto-Romance language (the Ladin territory is made up of five valleys in the Dolomite Alps: the Fascia Valley in Trentino; Val Gardena and Val Badia in Alto Adige; and Livinallongo and Ampezzo in Veneto). In any case, Trentino-Alto Adige is one of Italy’s most sparsely populated regions (only Basilicata, Molise and Valle D’Aosta have fewer inhabitants), and the region’s population density drops precipitously in the highest mountain areas.

To put Alto Adige’s viticulture into perspective, consider that the region has 5,300 hectares of vineyards, and about 5,000 wine producers, which translates into the smallest average ownership of land per producer in Italy by a wide margin. This means that cooperatives play an important role in Alto Adige; fortunately, these rank, and not just in my opinion, among Italy’s outstanding wineries. It is by no means an exaggeration to state that any credible list of Italy’s top twenty white wine producers includes at least three or four Alto Adige cooperatives (Nalles Magrè, San Michele Appiano, Terlano, and Tramin are all likely candidates for that prestigious list of names). But Alto Adige boasts many top-notch privately owned wine estates as well (Alois Lageder, Elena Walch, Franz Haas, Hofstatter and Tiefenbrunner are just some of the names that immediately spring to mind), making this part of Italy a hot spot for distinctive, delicious wines in all colors (white, red or pink) and styles (dry and sweet).

Unlike most everywhere else in Italy, Alto Adige boasts success with both native and international grape varieties. Over 55% of the vineyards are planted to white grapes (a percentage that appears to be steadily increasing each year): Pinot Grigio, Pinot Bianco, Chardonnay, Gewürztraminer, Sauvignon Blanc, Sylvaner, Kerner, Müller-Thurgau, Riesling, Moscato Giallo and even Grüner Veltliner (simply called Veltliner in Italy) all thrive here. And all but Chardonnay (like just about everywhere else in Italy) and Veltliner make world-class wines. Red grapes include the native Schiava varieties, Lagrein and Moscato Rosa, and the international Pinot Nero, Merlot, and Cabernet Sauvignon (Cabernet Franc is rarer). And while Alto Adige’s northern climate and essentially alpine location would logically seem to favor white wine production, red wines (helped by the intensely hot summers and encroaching climate change) have a long and distinguished history in the area. Keep in mind that Alto Adige is one of the few places in Italy where wines are mostly labeled by grape variety (making it far easier for foreigners to understand and buy the wines), but there are also some specific denominations worth knowing: Colli di Bolzano (or Bozner Leiten, in German), Meranese di Collina (Meraner), Caldaro (Kaltarersee), Santa Maddalena (St. Magdalener), Terlano, Valle Isarco (Eisackthaler), Val Venosta and Valdadige (Etschtaler); the last of these is more relevant for the quantity of its production than the quality. 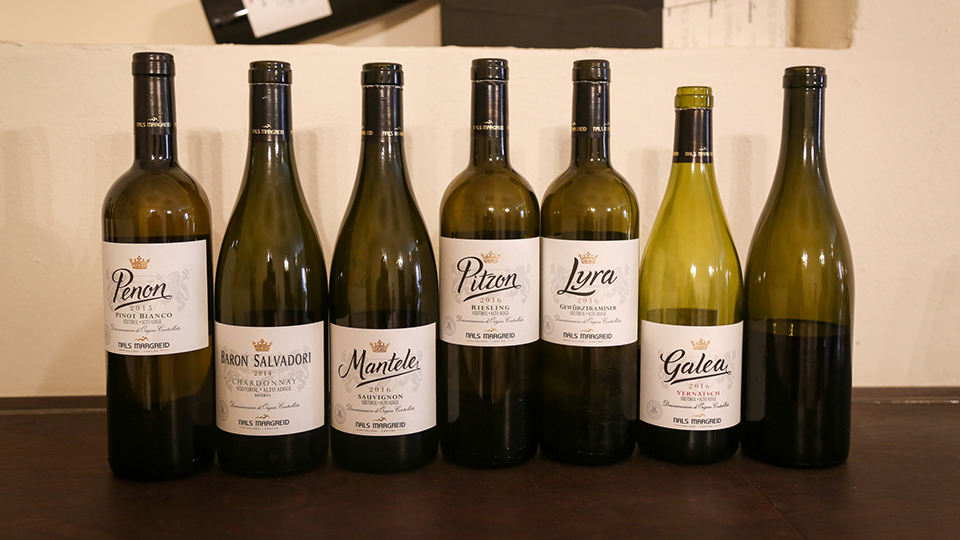 A lineup of wines tasted at Nals Margreid

Alto Adige makes one of the best, if not the best, Pinot Biancos (Weissburgunder)  in the world. Floral, mineral, and very refined, these wines are poster children for the axiom that “less is more,” but those who like their white wines buttery and opulent might find them thin and lacking in sheer flesh and size. However, only Germany and Austria make Pinot Biancos of a similar precision and purity. By contrast, Alto Adige’s Pinot Grigios, though solid and lovely, rarely equal the quality (in terms of depth, complexity and uniqueness) of the Pinot Biancos. There is no such concern with Gewürztraminer, a grape variety that gives wines that are arguably second only to those of Alsace in sheer varietal character and power. Even better, Alto Adige’s Gewürzes are always classically dry, with far less residual sugar than most wines made with this variety. Sauvignon Blanc also performs admirably in Alto Adige: the wines are extremely good, made in a style falling somewhere in between the pungency of New Zealand and the flesh of the Loire’s Pouilly-Fumés. Finally, Alto Adige’s Valle Isarco denomination (consisting of a narrow valley that extends diagonally northeast from Bolzano) makes outstanding world-class wines from the likes of Sylvaner, Müller-Thurgau and Kerner. All are made in a vibrantly refreshing and classically dry style; the Kerners especially are probably the best wines made with this variety I have tasted from anywhere in the world. In fact, the only possible caveat with Alto Adige’s white wines is their potential alcohol: because of the extremely hot and fairly short summers, grapes accumulate sugar easily in Alto Adige. But in order to pick at full physiologic maturity, wine producers have to let grapes hang and risk making slightly higher-octane wines than they might otherwise like (white wines with 14% alcohol are more the rule than the exception in Alto Adige). However, I find that high alcohol levels are rarely a problem in Alto Adige’s best white wines. 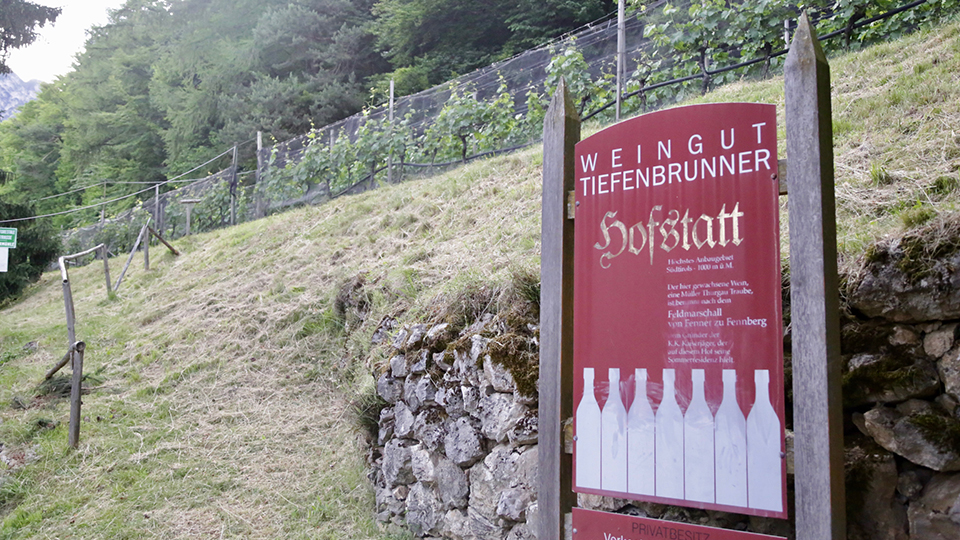 The good news does not stop at the whites: wine lovers will find plenty to like among the reds too. Lagrein gives tarry, fleshy, full-bodied red wines that can improve up to about ten years of age from the vintage, while the three Schiava varieties give delicious light, crisp red wines (it is noteworthy that many Schiava wines are made from extremely old vines). Alto Adige’s Cabernet Sauvignons can be surprisingly good in warmer years, though the more weather-challenged vintages unfailingly deliver green-streaked wines that no amount of glossy new oak can help. By contrast, Merlots are usually less interesting, given that the province’s short, hot summers do not often allow this variety to develop wines of the depth and magic Merlot is capable of. Alto Adige’s Pinot Nero wines have greatly improved over the years, but the simple truth is that the most talked-about and awarded wines made with this variety still rely on sexy oak for most of their appeal, rather than depth and complexity of ripe, juicy fruit.

Last but not least, do not overlook Alto Adige’s remarkably good stickies. Moscato Giallo and Moscato Rosa often boast uncommon levels of purity and precision; the former are usually ultra-luscious and sweet, while the latter can be found in a larger variety of styles, ranging from highly fragrant and bright to viscously decadent and thick. 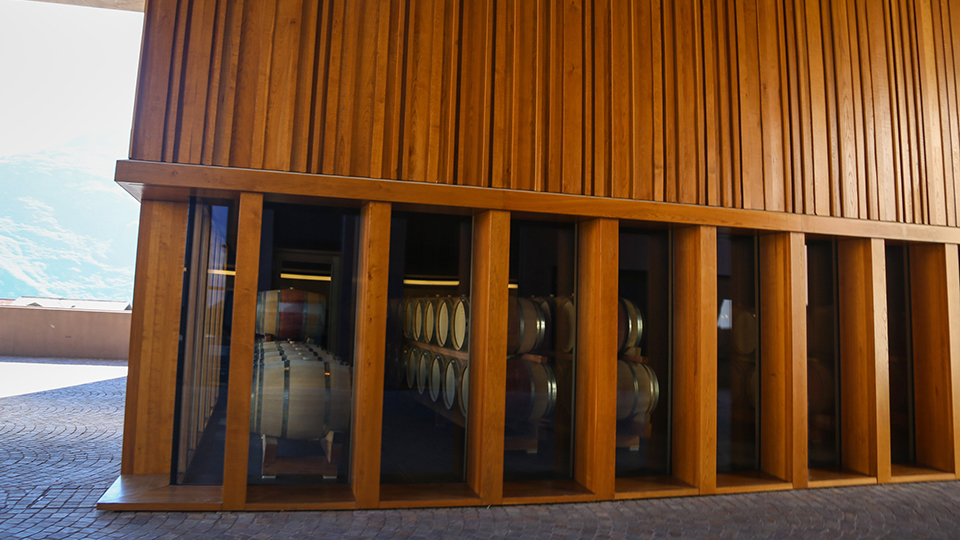 To be perfectly clear, the 2017, 2016 and 2015 wines I tasted from Alto Adige this year were some of the most impressive in memory, especially the reds. In fact, I do not recall a better regional performance this year than what I saw in Alto Adige.

The 2017 vintage was one of the most challenging in recent years. A mild spring caused early budbreak, only to wreak havoc in vineyards with late April frost and hail episodes. The former hit a five-kilometer area around the town of Magrè, while the latter hit in spotty fashion in the lower flatlands. The summer was extremely hot, leading to early flowering and very ripe grapes. Because of a very dry, hot July, production volumes were down by 30% or more. Harvest was roughly two weeks earlier than in 2016, with many estates beginning to pick at the end of August, something they had never done before.

By contrast, 2016 was an ideal vintage for Alto Adige’s white wines, though it began inauspiciously with a mostly wet spring and a late April frost episode. The first half of summer also proved difficult in many areas, with wet and humid weather leading to significant disease pressure. However, the growing season was long, with a slightly cooler-than-usual summer and an almost perfect autumn (with especially high diurnal temperature variations from mid-August through September). For the most part, the white wines are fresh, perfumed and very precise, while reds are sleeker, with vegetal streaks that are evident in less successful examples.

The 2015 vintage was very hot, and care was needed not to harvest overripe grapes. For the most part, I would say that producers succeeded admirably. The 2015 red wines are often spectacular, especially the Lagreins, which are quite simply the best (as in the most complete, well-balanced, deep and complex) young wines made with this variety that I have ever tasted. The Schiavas and Cabernet Sauvignons are also noteworthy. The white wines are also surprisingly fresh and fragrant.

Alto Adige: A Pause for Thought, Antonio Galloni, May 2015