Alto Adige: On a Roll

Understanding the wines of Alto Adige (also called Süd Tirol by those more Germanically inclined) is easy: there is no region in Italy that makes better red or whites. Yes, Piedmont and Tuscany make a slew of unforgettable red wines, Friuli Venezia Giulia and Campania are home to many world-class whites, and Abruzzo and Puglia make some of the world’s best and most underrated Rosati (Rosé) wines; but no region in Italy makes more high-quality whites and reds than Alto Adige. 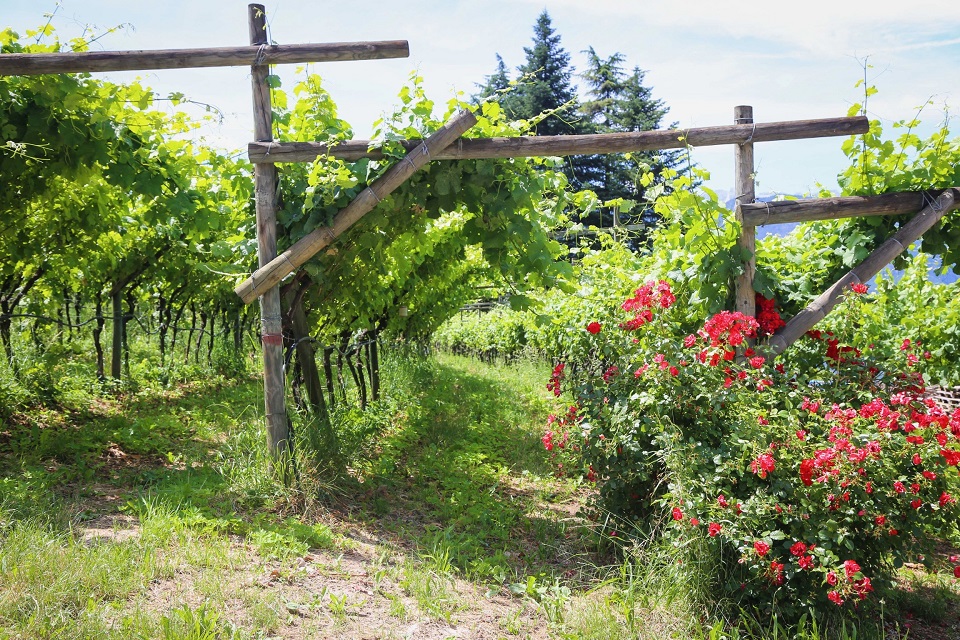 The vineyards of Alto Adige

First, Alto Adige is where you’ll find Italy’s, and arguably the world’s, best cooperatives. The level of viticulture and winemaking at these establishments is really non-pareil. Many of Italy’s best whites are made in these co-ops. Second, quality is remarkably consistent across the region’s many estates; in fact, it is the highest in Italy, with very few duds and practically no flawed wines to be found, be they white, red or pink. Third, it is safe to argue that the largest volumes of Italy’s best monovariety wines are in fact those of Alto Adige. Read ’em and weep: Alto Adige’s Sauvignon Blanc and Gewürztraminer wines are, without question, Italy’s best; and actually, only Alsace boasts a larger volume of world-class Gewürzes (though given that Alto Adige’s versions are more classically dry than their Alsatian counterparts, many a wine enthusiast prefers the former to the latter). Alto Adige’s Pinot Grigios and Pinot Biancos are also the best such wines made in Italy (only Friuli Venezia Giulia, and Valle d’Aosta when Pinot Grigio is being discussed, can contest that claim). Also best in class are Alto Adige’s Sylvaner, Kerner and Müller-Thurgau, from grapes that are traditional to the Valle Isarco, a specific denomination of Alto Adige, though admittedly this is a one-horse race because nobody else in Italy grows those cultivars or makes wines from them. However, my point is that such wines are not just without peer in Italy, but rank among the world’s best. Arguably, only Franken and Alsace make Sylvaner wines that compare to Alto Adige’s; some German efforts can top the “world’s best” Müller-Thurgau sweepstakes, but Alto Adige’s are a close second; and as far as Kerner is concerned, there simply isn’t anyone making better and similarly large volumes of Kerner wines than Alto Adige right now – it helps that Alto Adige’s Kerner wines are never flat, cloying or bubble-gummy, as wines made with this crossing often are.

One of the most noteworthy happenings in Italian wine in recent times has been the improvement of Alto Adige’s red wines by leaps and bounds. Though not yet at the level of the region’s white wines, the Cabernet Sauvignon, Lagrein, Schiava and Pinot Noir wines have never been better. I have not previously tasted so much outstanding Alto Adige Pinot Noir/Pinot Nero (or Blauburgunder, as it is sometimes called in the region by those preferring to use the grape’s German name) as I did this year. The 2016 and 2017 vintages (and the latter was a really difficult one) are very promising indeed. Only time will tell whether this was just good fortune or whether Alto Adige viticulturists and winemakers are finally getting the hang of this finicky grape. I would imagine the progressively older vines also play a role. All I can say is that I am very curious to see what future vintages of Alto Adige Pinot Noir have in store for us. 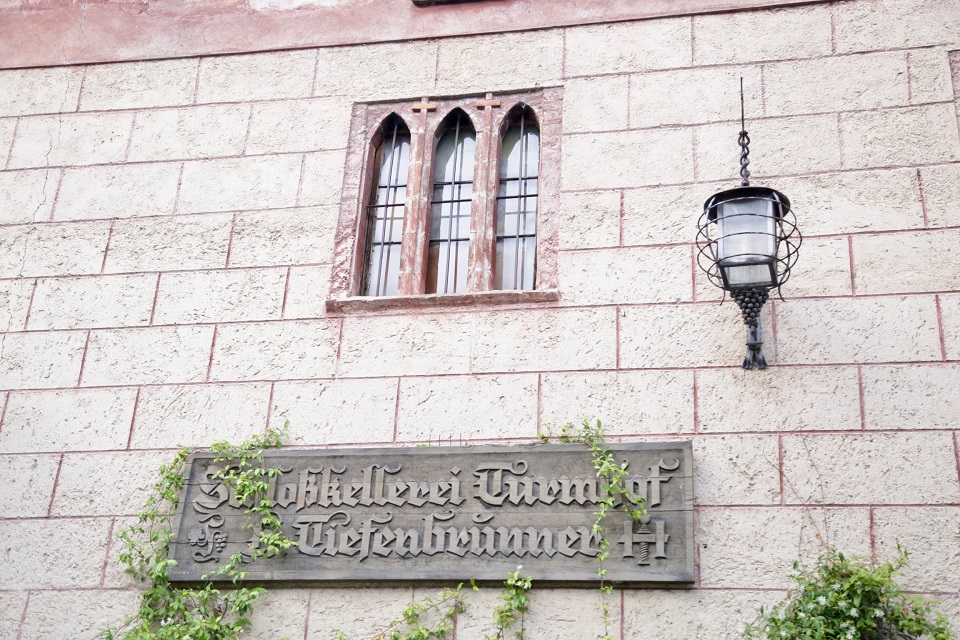 Not everything in Alto Adige’s wine scene is perfect, though, even if the issues here are nothing compared to the challenges other Italian regions face. For one thing, there are a few too many nondescript, boring entry-level Pinot Grigios that are being made mainly to comply with requests from foreign markets that seemingly cannot get enough of this wine. Alto Adige does make many world-class Pinot Grigios, but as a general rule, these are the estate’s more expensive, top-of-the-line bottlings, not their entry-level Pinot Grigios. Thankfully, there are a few noteworthy exceptions. One worrisome recent trend in the Valle Isarco is the rise in production of wines made from the likes of Riesling, Grüner Veltliner (called simply Veltliner in Italy) and, recently, Sauvignon Blanc. This is very different from what happens in the Val Venosta, another specific denomination of Alto Adige, where in fact Riesling, Pinot Bianco and Sauvignon have always performed admirably. Not so in the Valle Isarco, where Sylvaner and Müller-Thurgau were historically the most-planted varieties. No matter what anyone tells you, the uprooting of Sylvaner and Müller in favor of trendier varieties like Sauvignon Blanc and Riesling is only happening because importers are pressuring local producers, telling them that this is what the markets want. Not so: I know for a fact that every time, and I mean every time, I show people anywhere a Valle Isarco Riesling or Veltliner, they all invariably prefer the Müllers or the Kerners or the Sylvaners. So the answer for the Valle Isarco producers is not to rip out beautiful 50-year-old vines of Müller or Sylvaner, just because people have trouble selling the wines, and replace them with very young vines that are currently giving so-so wines at best. Rather, the onus is on the producers and the importers to roll up their sleeves, work closely together, and spread the word, so that wine lovers everywhere get to taste and appreciate the Valle Isarco’s unique Sylvaner, Müller and Kerner wines. Besides, the last thing the world needs is more cheap Sauvignon Blanc or forgettable Riesling. Consumers can easily find terrific examples of the former in many regions (Alto Adige included, as long as it’s not the Valle Isarco) and memorable wines made with the latter grape in Germany and Austria. 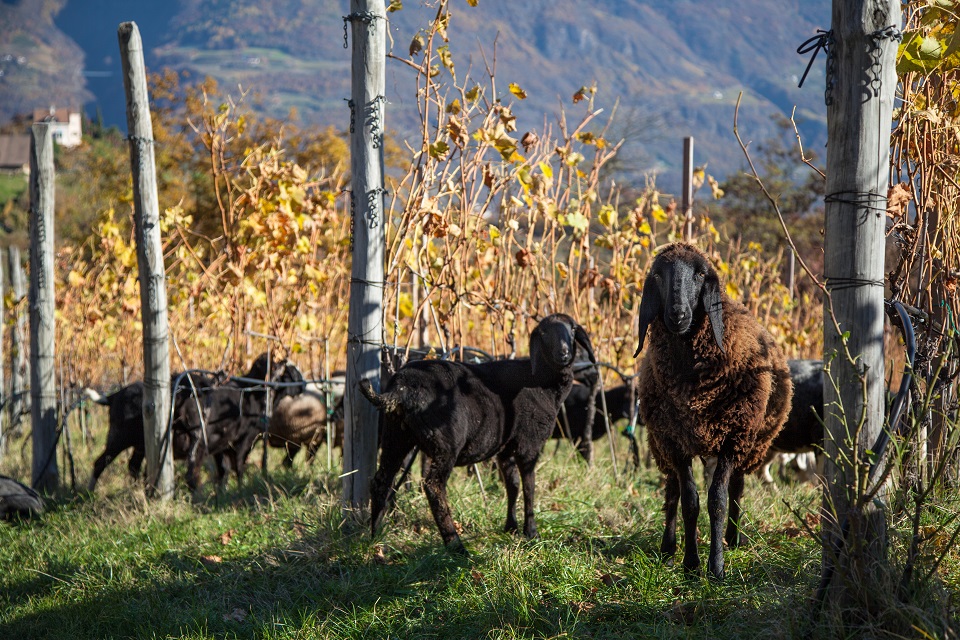 On the red wine front, while the Cabernet Sauvignon wines have recently gone from strength to strength (no doubt benefiting from climate change), Alto Adige’s Merlot wines tend to be mostly one-dimensional or overripe, though again, there are exceptions. For the most part, the region’s short summers can get very hot, and Merlot does not do well in such environments. Last but not least, another area of concern is that the region’s delicious Schiava wines have fallen on hard times of late, with many producers uprooting their vines in order to plant more “in” varieties. You cannot imagine the number of times I have had to urge producers over these last few years to also show me their Schiava/Vernatsch/St. Magdalener/Kalterersee wines (all made with one of the three Schiava varieties, or most often, blends of the three) during my tastings at the wineries. It seems that producers only want to push the supposedly more financially rewarding big-bodied Cabs, Merlots and Lagreins, or their Pinot Noirs. Given that Alto Adige’s Schiava wines are some of the world’s best light to medium-bodied red wines, not at all unlike really standout red Burgundy Villages or top Beaujolais crus, it’s folly not to promote these joyful wines, brimming with early appeal and perfume. In fairness, it does seem that an increasing number of producers are showing more faith in their Schiava wines lately, and that’s good news for wine lovers everywhere. 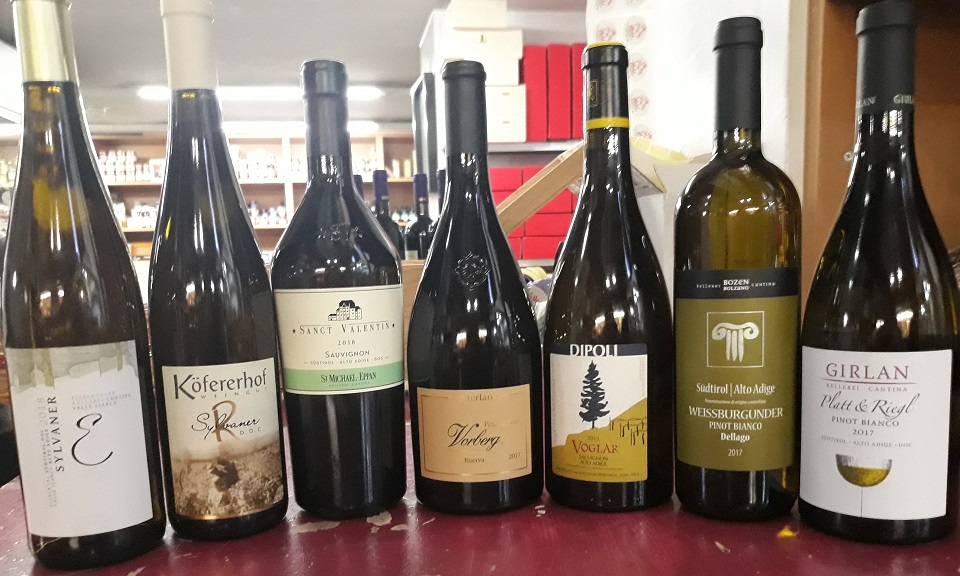 The 2018 growing season can be described as an extreme one. It began with a very snowy winter and a very rainy March, which led to the buildup of excellent volumes of water reserves. An initially cool spring meant that budbreak occurred later than usual (mid-April, for the most part), but warmer temperatures followed, allowing for vegetative catch-up. However, rains returned in force during flowering, and hail episodes in June led to slightly reduced crop levels in some places. The summer was exceedingly hot and the harvest started early in most of the region’s viticultural zones, much as it did in 2017. Estates began picking as soon as the third week of August. Both whites and reds are proving successful in 2018, with a slight advantage to the reds, which are shaping up to be full-bodied and ageworthy. The best 2018 whites are ripe and luscious but refined, while less successful wines are aromatically less concentrated and taste dilute. I doubt even the best whites will have the staying power of more memorable vintages. For a full analysis of the recent Alto Adige vintages, please refer to my earlier Vinous article The Wines of Alto Adige (December 4, 2018). Of these older vintages, the 2016 appears to have been magical for Pinot Noir and Lagrein wines, while for reasons that are unclear, Pinot Nero seems to have performed very well in 2017 too.

The wines in this report were tasted in my office in Rome in July, September and October 2019.