Although Provence has cornered the market for Rosé wines the world over, Italy has a long and distinguished history with pink wine production. Rosato production is so well entrenched in Italian culture that Italy offers by far the greatest number of variations on the subject, a fact that shouldn’t surprise, given the flair Italians have for creativity and individualism.

As is the case everywhere else in the world, Rosato wines in Italy can be made via two techniques: winemakers will use either direct pressing of red grapes or bleed off must from tanks before skin contact imparts too much color to what will ultimately be red wines (the saignée method). But in Italy, it’s a lot more fun — and complicated — than that. A major difference with other Rosé-producing countries, where pink wines are typically always made from the same four or five grape varieties, is that many wildly different grapes are used in Italy. The combination of myriad grapes and numerous variations on the two main winemaking methods leads to four extremely different Italian pink wines: Chiaretto, Ramato, Rosato and Cerasuolo. I should point out that while Rosato is the general name for pink wines in Italy, it is also a category all on its own, falling in between the very pale, Provence-styled Chiarettos and the much darker Cerasuolos. Also, please note that Cerasuolo is not to be confused with Cerasuolo di Vittoria, which is a red wine made in Sicily. 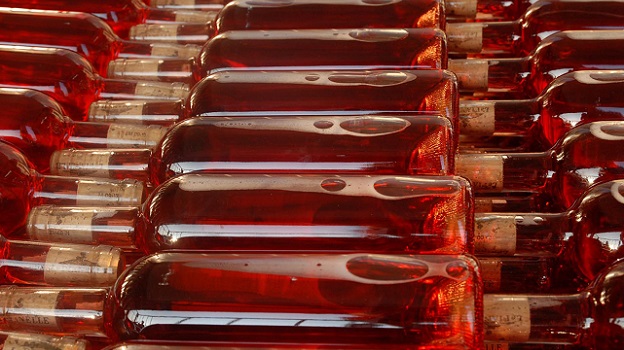 Each type of pink wine characterizes, and is strongly associated with, specific regions of the country: Chiaretto is typical of Lombardy and Veneto, Ramato of Friuli Venezia Giulia, and Cerasuolo of Abruzzo. Rosatos are made all over the country but are especially associated with Puglia. However, even more variations are obtained within each of these four main pink wine categories, depending on the grape varieties used and the length of maceration on the skins before the juice is bled off. A wine made from the Dindarella or Canaiolo Nero native grape varieties will be far fresher and lighter-bodied than one made from Syrah or Cabernet Sauvignon (in Italy, you’ll find all of them, and more), and all four of those will be wildly different from pink wines made with Aglianico, Nebbiolo or Sangiovese. For example, although Lombardy and Veneto are both reputed for their Chiaretto wines, these can be very different. Those made on the eastern shores of Lake Garda (not far from Verona, in Veneto) are blends of Corvina, Rondinella and Molinara, and the best known of these pink wines is Bardolino Chiaretto. But the Valténesi Chiaretto, made on the western shores of the lake (and hence in Lombardy, not far from Brescia) emerges from a completely different microclimate and blend of grapes (mainly a mix of different Groppello varieties, plus or minus small amounts of Marzemino, Barbera, Sangiovese and Rebo).

Italians also greatly vary the time the must spends in contact with the skins, leading to more types of pink wines: those made with shorter macerations (roughly 6-12 hours) are called vino di una notte, which can be humorously translated in English as “one-night wines.” Longer macerations (roughly 24 to 48 hours) lead to what are referred to as vino di un giorno. Now add the many bubbly pink wines made all over Italy (Lambrusco wines are a case in point) and you realize just how varied Italy’s offerings in the pink wine department can be. Therefore, it follows that Italian pink wines are not always light pink or nearly colorless still wines, and wine lovers shouldn’t expect them to look that way. Furthermore, the intense, vibrant dark pink color—even light red—of many Italian Rosato wines should not be immediately associated with the cheap, sweet plonk (so called “cherry-ade” wines) that has given pink wines a bad reputation everywhere. In fact, Italy’s best pink wines are more often closer to red than pink in color. 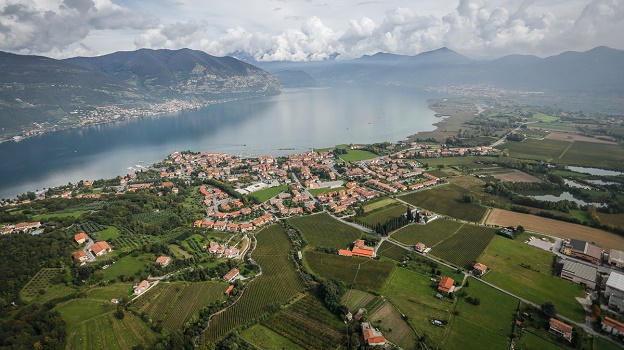 In Italy, every region produces Rosato wines. In some, like Emilia-Romagna or Veneto, where lighter-colored red grapes are common (such as Lambrusco di Sorbara in the former and Molinara, Dindarella or Rossignola in the latter), producing pink wines is a no-brainer. Sicily’s Frappato, Puglia’s Bombino Nero, Tuscany’s Canaiolo Nero, and Piedmont’s Pelaverga Piccolo are some other examples of an almost endless list of lighter-hued grape varieties that are naturally suited to making delicious pink wines. In other instances, pink wines are born out of the desire to maximize the wines’ aromatic potential: such is the case in Friuli Venezia Giulia, where producers wanted to get more out of the Pinot Grigio grape. This long tradition of the region had fallen by the wayside in the last 30 years or so, but Ramato wines are now all the rage once again.

Interestingly, some of Italy’s darker red grape varieties are also naturally predisposed to making great pink wines: Alto Adige’s Lagrein (these pink wines carry the German name of Kretzer, or pink, attached to the word Lagrein), Puglia’s Negro Amaro (I stress that the correct spelling of this grape variety is with two words, not like you see it written everywhere else), and Abruzzo’s Montepulciano are virtually unbeatable when it comes to making great pink wines. Of course, some red grape varieties are so noble that they also allow for great pink wines too: Aglianico, Nebbiolo and Sangiovese are good examples. Nebbiolo especially never ceases to amaze me: its pink wines are absolutely marvelous as well. You might say it’s one grape that could very well deliver delicious gray, yellow, orange and just about any other color permutation of wine desired (though admittedly green, blue or black might be difficult). 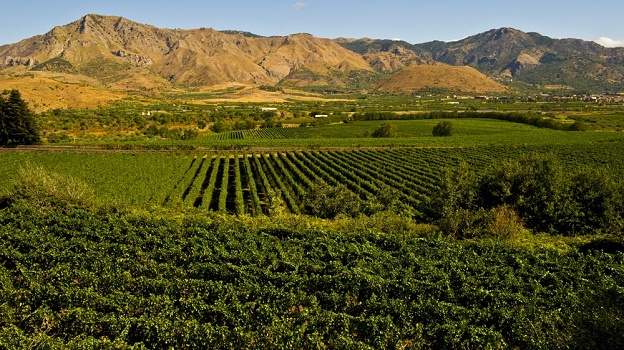 The vineyards of Cottanera in Sicily

The present and the future

In Italy, Rosato consumption is mainly a seasonal occurrence: sales of these wines go through the roof come summer time. Though they are not equally popular in every region (for example, Lazio and Umbria have never been linked much to pink wine production and not much is drunk there), demand for Rosato wines is generally on the upswing. For example, Chiaretto production and sales have doubled in the last decade, and Abruzzo’s Cerasuolo, the drinking of which is a regional way of life, has really never known bad times. Internationally, Italian pink wine sales are also flying high, with the U.S., the U.K., Japan and northern Europe especially strong markets. Unfortunately, the rather deep pink color of many Italian Rosato wines can be a problem in those places, where dark pink wines are viewed as less than serious. In fact, these darker-colored wines are often fruitier, more complex and deeper than some colorless pink wines of repute. Nevertheless, each type of pink wine has its place, matching well with different ingredients, foods and preparations. In Italy, where white meat and tomato-based fish preparations are common, Rosatos are always very welcome dining companions.

Please note that this article focuses on the latest releases of pink wines, many of which are unfortunately from the weaker, rain-plagued 2014 vintage. Hence many—but thankfully not all—of them are not up to their usual standards of intensity, and I have therefore scored them lower than I might have in other vintages.

Photo credits to the producers noted in the captions