Abruzzo and Molise: Another Brick in the Wall

Abruzzo and Molise are among the greenest and most beautiful regions of Italy. They are located in the eastern half of the Italian peninsula, sandwiched between the Adriatic Sea to the east and, to the west, the Apennine mountain range, which runs right down Italy’s middle, neatly separating the country in two halves. It follows that Abruzzo and Molise’s viticulture can be divided into mountain regions (roughly 65% of the total) and coastal districts. The climate is temperate in areas that face the Adriatic Sea, and continental (and hence much cooler) on the side toward the Apennines. And this part of Italy really is “green”: the two regions boast close to 20 national or regional parks and reserves. One, the Parco Nazionale d’Abruzzo, Lazio e Molise, is shared by both regions and is undoubtedly one of the country’s two or three most beautiful. To put things in perspective, this is the one part of Italy that brown bears and wolves still call home (along with Alto Adige and, to a lesser extent, Friuli Venezia Giulia). 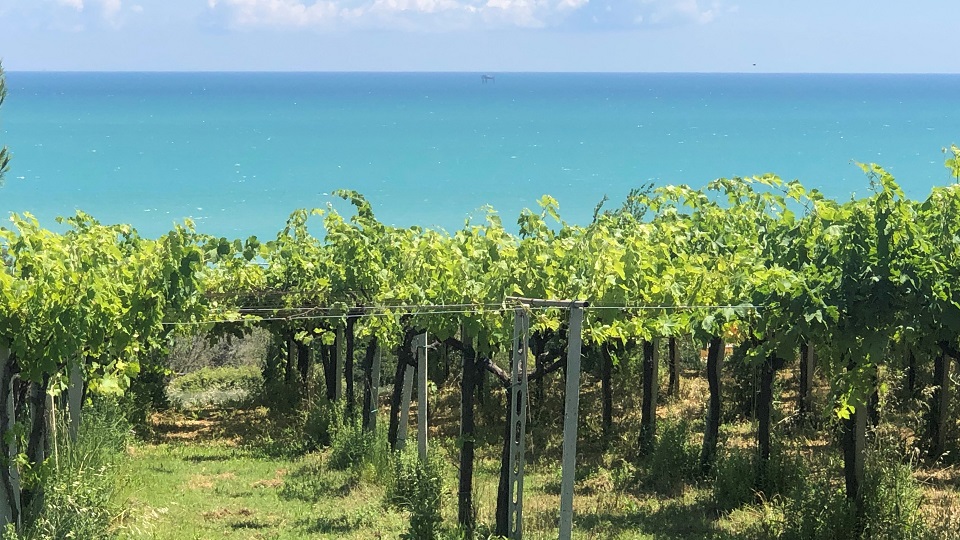 While Abruzzo and Molise are usually discussed together, Abruzzo is, wine-wise, by far the larger and more important of the two. But each region has its own story to tell, and boasts a unique group of local grape varieties that give wines unlike those made anywhere else. Of white varieties, Abruzzo can count on Trebbiano Abruzzese, Pecorino, Passerina, a local biotype of Moscato Bianco, and Cococciola; Molise is the only other Italian region that also grows Cococciola. By contrast, the red grape scene in Abruzzo is totally dominated by one variety, Montepulciano (of which there are 17,000 hectares in Abruzzo alone; it is one of Italy’s five most planted wine grapes), while Molise is mainly associated with Tintilia, a well as a little Aglianico. Well-made wines from these local varieties could, given their unique sets of aromas and flavors, pique the interest of wine lovers everywhere. Unfortunately, not all is as it could and should be. There is good and bad news about the wines of Abruzzo and Molise, which is a real shame, for they both boast exceptional potential. 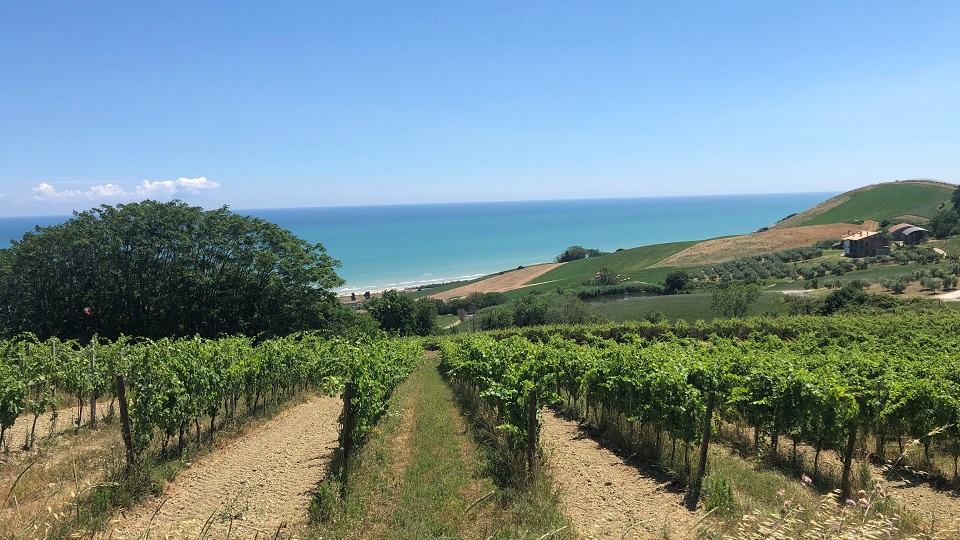 The two regions produce too many inexpensive wines that are little or no better than generic bulk wine and should not be bottled. The bad whites are insipid, tart and thin, not to mention fruit-challenged, and the less successful reds are downright caricatural, overly smoky, overly ripe and overly oaked – in other words, charmless at best and undrinkable at worst. The problem is that Abruzzo, especially, has long banked on its wines selling because they are very inexpensive yet boast famous or at least highly recognizable denominations on the labels (Montepulciano d’Abruzzo, Trebbiano d’Abruzzo). And while it may have worked decades ago, when there did not exist such ready availability of good wine made all over the world, today this strategy is a recipe for failure. For example, the countless poor Montepulciano d’Abruzzos allowed to use that name only damage the appellation’s reputation the long run. (Italy’s government-appointed tasting committees of the denomination panels are squarely to blame for basically rubber-stamping almost anything that gets put in front of them.) Meanwhile, for many years Molise producers tried their hand at international varieties such as Merlot and Chardonnay, but made less than successful wines from varieties that were not especially suited to the terroirs of the region. Unfortunately for both Abruzzo and Molise, the issue at hand – and one that also concerns a few other Italian wine regions, such as Puglia and Veneto – is that wine lovers, even if they are only novices, are unlikely to give their poorer wines a second chance when much more pleasurable, well-made wines from the likes of Argentina, Chile or Australia are also very affordable. It strikes me that to ensure everyone’s present and future livelihood in these two regions many wineries need to up their game. This is especially true of the more underperforming cooperatives, of which there are many: in Abruzzo alone, roughly 75% of all wine is made by 40 different co-ops.

And Then the Good News

But there is light at the end of the tunnel, as I have written before in Vinous (see: Abruzzo and Molise Coming of Age). A new generation of viticulturists and winemakers is now joining the family wineries, and thanks to this younger set, which has studied and traveled the world, Abruzzo’s (and to a lesser extent, Molise’s) wines are not only improving, but have never been better. Today there are seven or eight Abruzzo wineries that lead the pack by a wide margin, setting a standard for others. Estates such as Cataldi Madonna, Emidio Pepe, Tiberio, Torre dei Beati, Valle Reale and of course Valentini are absolutely world-class. In Molise, too, new small wineries are making better and better wines from local and once-forgotten native grapes. The key to vinous bliss is to know which are the best producers in each region. The quality drop-off is steep when one ventures past the top names, but sticking with the upper echelon of wineries is a virtual guarantee of excellent, even superb wines. 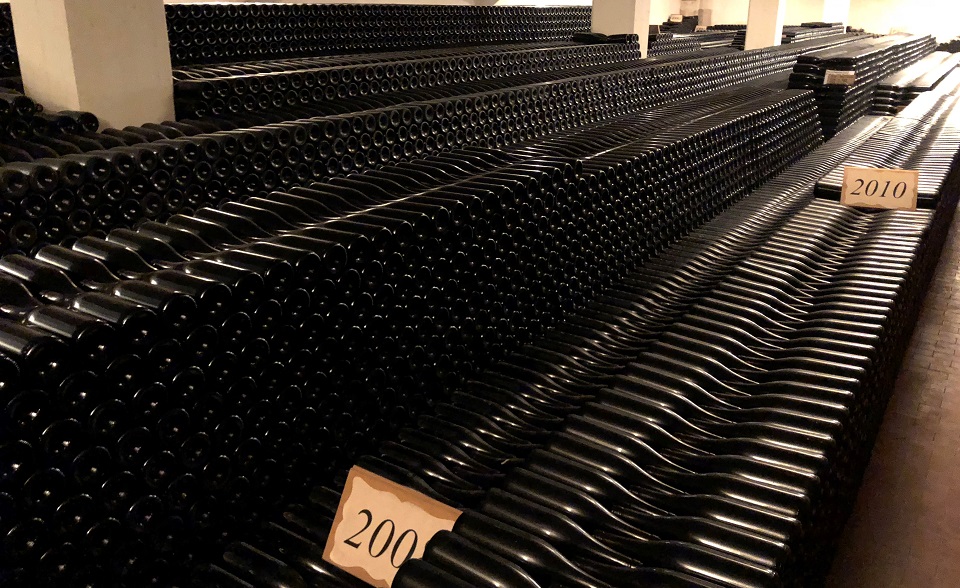 The rather impressive stacks of old vintages at Emidio Pepe

Given that 2018 was essentially a cool, rainy vintage (see below), it is not surprising that Pecorino was the grape variety that performed best in this vintage. By contrast, excessive rainfall poses a problem for Trebbiano Abruzzese’s thin skins, and Montepulciano needs long hang times and relatively warm growing seasons to avoid giving wines strongly marked by green vegetal unripe notes. Being a mountain variety, Pecorino prefers fairly cool summers; as an early-ripening variety, it is a sugar pump, and so in hot weather it tends to accumulate sugar easily, leading to unbalanced wines of very high alcohol content. In 2018 most estates made decent to outstanding Pecorinos. For example, both Cataldi Madonna and Tiberio made their best Pecorinos in some time. In another bit of good news, there has been a massive reduction in the numbers of very atypical Pecorinos – the ridiculous buttery tropical fruit bombs that smelled and tasted very little of what the Pecorino can offer are mostly gone. Those caricatures have been replaced by lemony and delicately herbal wines of relative power that are not unlike bigger, more refined and less aromatically pungent Sauvignon Blancs. 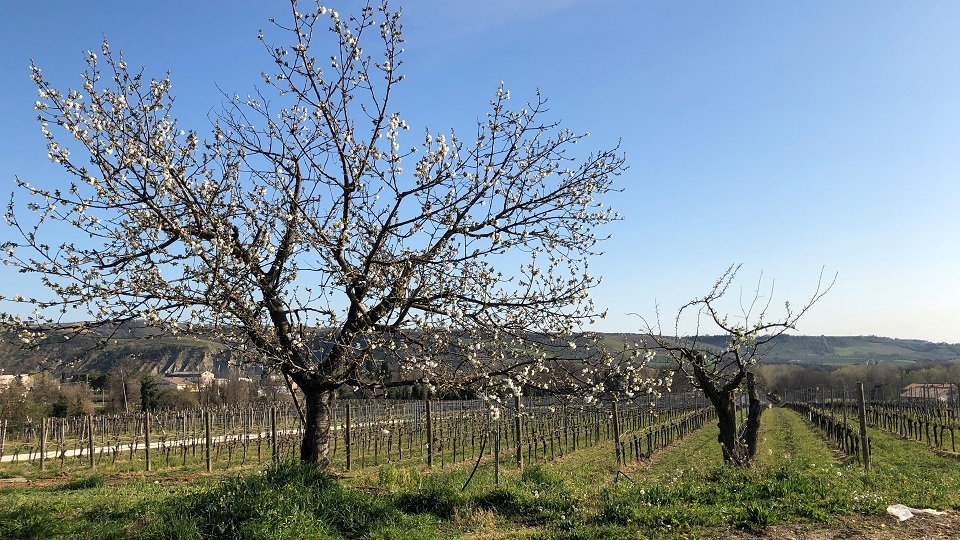 By contrast, in the very hot, dry 2017 vintage (see Vinous, September 2018: New Releases From Abruzzo and Molise: A Mixed Bag for a description of this vintage), it was Montepulciano that fared best and gave the best wines. This is especially true of those Montepulciano wines made in relatively cooler-climate areas of both regions, such as Casauria in Abruzzo (for example, around the towns of Popoli and Cugnoli). A generally cooler growing season ensured longer hang times in these areas (always the key to making great Montepulciano wines, as the variety’s polyphenols ripen very slowly), and timely rainfall at the end of September provided the vines with much-needed refreshment in the wake of the droughty, hot summer. This allowed estates to avoid pulling the trigger too soon on the harvest, and the extra few days of hang time greatly contributed to making unexpectedly good and at times truly noteworthy Montepulcianos. While the warmer parts of Abruzzo (such as sections of the Colline Teramane) risked making Montepulcianos marred by gritty tannins and much-too-high alcohol levels, this was not the case in the cooler viticultural areas of Abruzzo (the Val Peligna, Casauria and parts of Vestina). Wines made there taste less fleshy and less superripe than those of 2015 (another very warm vintage) but are also marked by darker colors and darker fruit aromas and flavors compared to the reds of the cooler 2016 vintage. 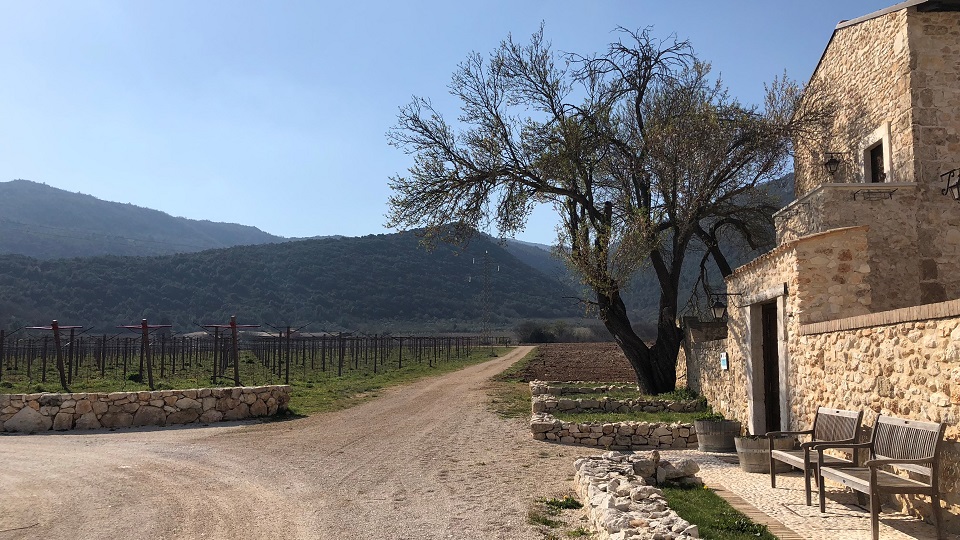 Valle Reale and the countryside at Popoli, Abruzzo

The 2018 vintage was difficult right from the beginning, but for reasons the opposite of those that made 2017 so challenging. Unlike the latter year’s very hot and droughty growing season, 2018 was relatively cool and very rainy in most parts of the region (though rain did not fall with quite the same intensity all over Abruzzo in 2018). The growing conditions necessitated a great deal of work in the vineyards. Spring 2018 was a challenge, marred not just by rain but also by relatively high temperatures, which led to strong disease pressure (particularly downy mildew, also called peronospora). Summer was hot (especially August) but rain at the end of September saved the Montepulciano harvest. The generally coolish season also benefited Pecorino, with most estates harvesting it at the beginning of September as compared to around mid to late August in 2017.

The climate led to a very long, protracted harvest. For example, some estates finished picking their Montepulciano grapes in early November; while Montepulciano is normally a late-ripening variety, early November harvests are mostly a vestige of the past, thanks to climate change. As a result, the 2018s are characterized by high acidity and very good liveliness and freshness.

I tasted the wines in this report during winery visits in May and June, and in my Rome office in July.