New Releases from the Marche: Life Beyond Verdicchio?

The baseline quality level of the Marche’s wines is among the highest in Italy, with few truly bad wines these days. There are noteworthy peaks too, including some of Italy’s most ageworthy whites (made with Verdicchio) and unique aromatic reds (from the Lacrima and Vernaccia Nera varieties).

Legend has it that Alaric, King of the Visigoths, had 40 mules carry barrels of Verdicchio wine as he travelled through the Marche region in 410 A.D. on his way to conquering Rome with his well-fueled troops. For that reason alone, I should dislike Verdicchio and its wines; but in fact, I think Verdicchio is one of Italy’s best white grapes, producing one of the rare Italian white wines that can age for ten years or more. But it’s not the only vinous treat the Marche has in store for wine lovers. 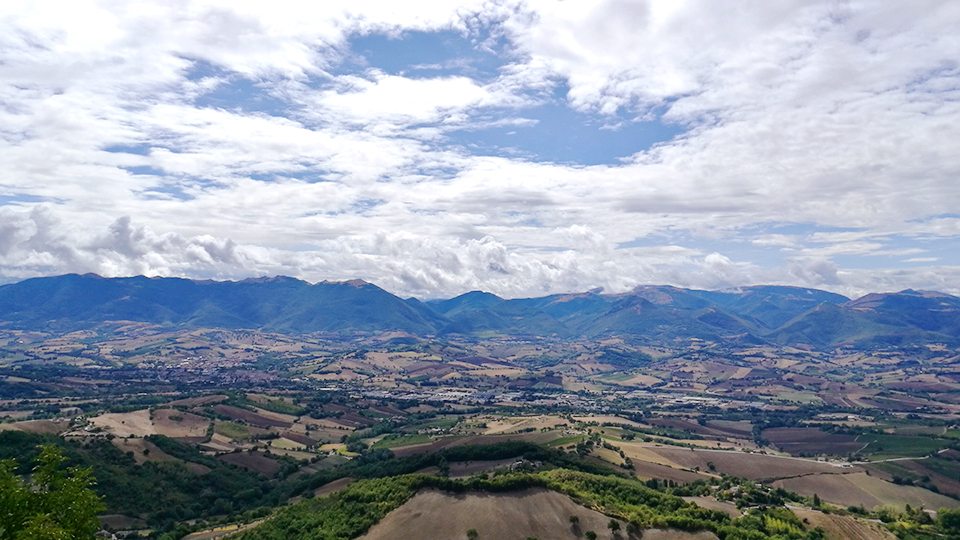 Of the two Verdicchio denominations, Jesi is by far the larger – 2,150 hectares under vine, versus just 201 for Matelica. But the differences do not stop there. The Jesi denomination is characterized by gently rolling hills and its climate is strongly influenced by the nearby sea, while Matelica is decidedly mountainous and landlocked. Verdicchios from Castelli di Jesi are typically gentle, with aromas and flavors of soft peach, apricot and white flowers most common, while Verdicchios from Matelica tend to be powerful wines that are also steely and white fruit-dominated. The almond descriptor that is commonly applied to Verdicchio wines from both appellations is actually more common in wines made oxidatively, or when they approach maturity (normally, about six to eight years after the vintage, depending on the characteristics of the growing season and the winemaking). While the most famous Verdicchios are dry and still, the variety can be used to make sparkling and sweet wines as well. In fact, about 14 million bottles of sparkling wine are made annually in the Marche (only 1.5 million of which are DOC), mostly from Verdicchio. 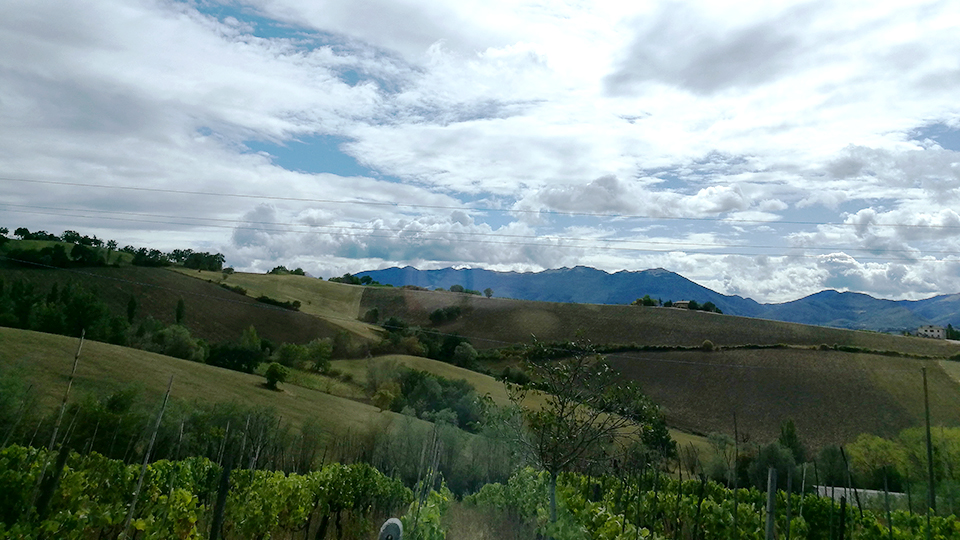 Softly sloping hillsides where Verdicchio is at home

Other White Grapes of the Marche

The Marche boasts many other quality white wines and grapes. A half dozen estates currently produce about 90% of the region’s Bianchello del Metauro wines (made with the Biancame variety), a lovely, delicate wine brimming with white flower and fresh citrus nuances. Biancame grows in vineyards that sit about 250 meters above sea level, close to the border with Romagna. Although Bianchello del Metauro is not a household name outside of its region, it’s an important wine for the Verdicchio-dominated Marche for the simple reason that it adds diversity. Biancame is also an early ripener, and so its wines are usually characterized by low alcohol levels, which provides a useful alternative to the much richer, riper Verdicchio wines. Maceratino is another up-and-coming local white grape used to make the wine called Ribona, a much larger-scaled white than Bianchello del Metauro and one with a more glyceral mouthfeel and a strong mineral bent.

In the southern reaches of the Marche, the Offida denomination stands out. This is where Guido Cocci Grifoni rediscovered Pecorino for the world to fall in love with. Pecorino is currently Italy’s hottest white grape. The wines sell very well both in the domestic market and abroad. A good Pecorino wine made in a traditional manner smells and tastes of lime, green fig, sage and white peach and is reminiscent of Sauvignon Blanc. Unfortunately, Offida Pecorino wines are sometimes heavily macerated, to the detriment of their varietal character – unlike in Abruzzo, where producers avoid prolonged skin contact. (Interestingly, Verdicchio cannot be macerated because it becomes too bitter.)

A little Chardonnay, Sauvignon Blanc and Pinot Grigio are also grown in the Marche, but these wines are for the most part entirely forgettable. With all due respect to the exceptional examples that can be counted on one hand with fingers to spare, Central (and Southern) Italy are not where these three varieties can be expected to make decent wines. 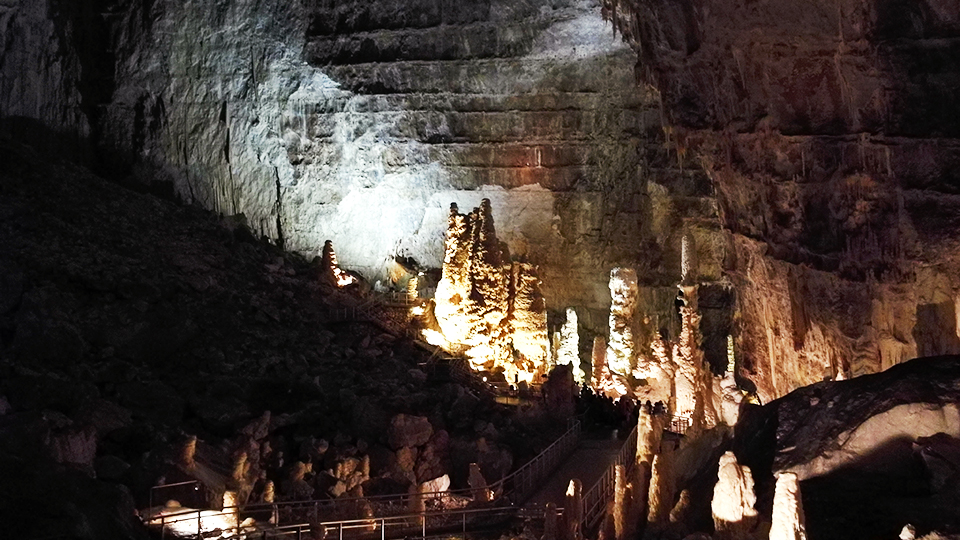 The Red Wines of the Marche

Most people, even in Italy, do not realize that Sangiovese is an historic and famous variety of the Marche. It was long the mainstay of the Rosso Piceno blend, a light red wine that competed for the same market niche as light-bodied Valpolicella and Chianti. Unfortunately, Rosso Piceno producers desired to make bigger, more structured and ageworthy wines and had the legislative guidelines changed to allow the inclusion of more Montepulciano in the blend. In the process, Rosso Piceno was turned into yet another “important” red wine wannabe – it rarely achieves that status – and its character was lost. Moreover, Sangiovese does not perform well in seaside vineyards and so the Marche’s best Sangiovese wines are made inland.

Montepulciano tends to produce massive, inky wines. The Marche’s best examples come from grapes grown in the Conero area that hugs the Adriatic Sea’s coastline. There, the high limestone content of the grayish-white soil yields wines with penetrating, juicy acidity. Rosso Conero wines are far better today than they were 10 or 15 years ago, when they were mostly overoaked and overripe. But Montepulciano rarely gives memorable wines in hot areas where the grapes ripen too fast, because the seeds and tannins need long hang time to ripen fully, and climate change in Italy has not been kind to this grape.

Lacrima is a rare aromatic red grape used to make the wine called Lacrima di Morro d’Alba (do not confuse Morro d’Alba, a town of the Marche, with Alba, the well-known city in Piedmont). There are roughly 20 estates making about 1,000 hectoliters of this wine each year, of which there are three categories: Classico, Superiore and Passito. Last but not least, Vernaccia di Serrapetrona is a sparkling wine (there is both a dry and a sweet version) made with the mildly aromatic Vernaccia Nera grape. When the grapes are used to make a still wine, it is called Serrapetrona Rosso. Although both sweet and dry red sparkling wines are not to everyone’s taste, I find Vernaccia di Serrapetrona to be among Italy’s most interesting sparkling reds. (International red varieties like the Cabernets, Pinot Noir and Merlot are also grown in the Marche, but the wines are mostly unimpressive.) 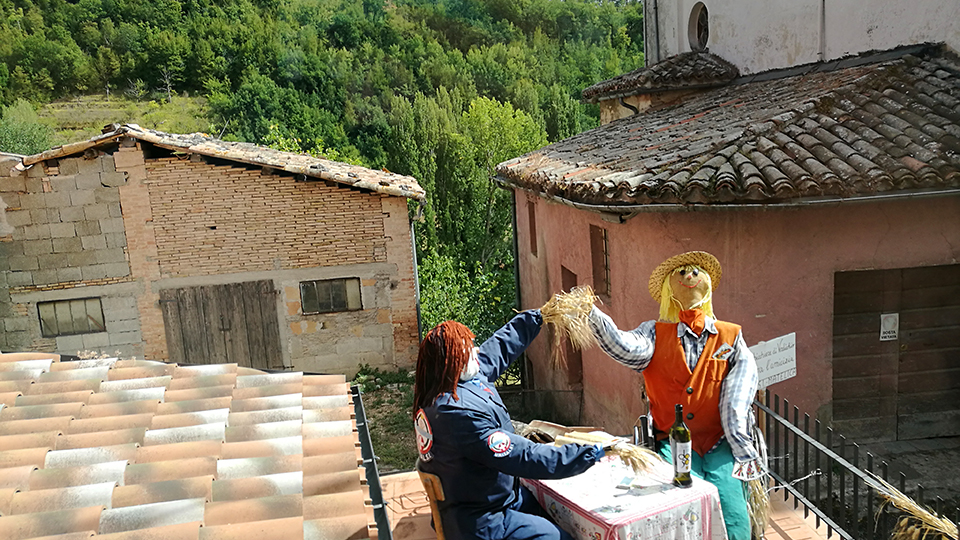 The 2017 vintage in the Marche was characterized by early-season frost followed by generally unseasonably warm temperatures and extended dry spells. The spring frost damaged buds and the summer heat shriveled grapes, which reduced wine production by as much as 20% to 25% in some areas. The 2017s generally have good body and structure, with higher-than-usual alcohol levels but also, perhaps somewhat surprisingly, very good acidity levels.

The growing season 2016 was stressful for the Marche’s producers, as it was the coolest, on average, of the 21st century. Rainfall was rampant in many parts of the region, which was especially tough on red grapes. The white grapes were picked later than usual, as producers chose to wait out the rains that fell from September 10 through 26 across most of the region in the hopes – not always realized – of getting fruit with good physiological ripeness. Unfortunately, the 2015 vintage was not much better, but for opposite reasons. Although there was more rain than usual in the spring, the summer was the warmest since 1961, with every month recording higher-than-average temperatures (on July 8th, the mercury sailed above 40 degrees C.). Of course, such hot, dry weather meant very little disease pressure but this was not true everywhere in the Marche. As an example the Poggio San Marcello area in the Castelli di Jesi area had only a few sunny days in July and August.

The wines in this report were tasted in September and October of 2017 during my annual winery visits in the Marche and at the Enoteca Regionale in Jesi—as well as in my office in Rome in January and February of 2018.

New Releases from Emilia-Romagna: Something For Everyone, Ian D’Agata, January 2018

New Releases from the Marche: Something for Everyone, Ian D’Agata, July 2015