Latest Releases from Italy’s South: The Wines of Calabria, Basilicata, Puglia and Sardinia

Historically, culturally and traditionally, “Southern Italy” refers to the regions of Abruzzo, Basilicata, Campania, Calabria, Molise, Puglia, Sardinia and Sicily. This report covers the latest releases from all these regions save for Campania, Sicily, Abruzzo and Molise, which I have already written about in separate articles on Vinous over the last year. In fact, Italy’s south is often referred to as the mezzogiorno (“noon”), much as the French speak of a Midi in southern France; both terms refer to the midday heat and sun that characterize the two lands. Grouping all these Italian regions together makes historical sense, as they were once under the rule of the kingdoms of Naples and Sicily. (In more modern times, Italy is also commonly though technically incorrectly divided in thirds based on geography, and Abruzzo and Molise are often included in Central Italy). In fact, it can be argued that Italy is not one country (save for when the Italian national soccer team plays, or during the Olympics) but rather a collection of very different regions and people, each harboring its own cultures, traditions, foods and history. Things are of course no different when it comes to wine: each region boasts its own set of very specific grape varieties and wines. So what people grow and drink in Basilicata has practically nothing in common with the grape varieties and the wines of Sardinia and Sicily, for example. 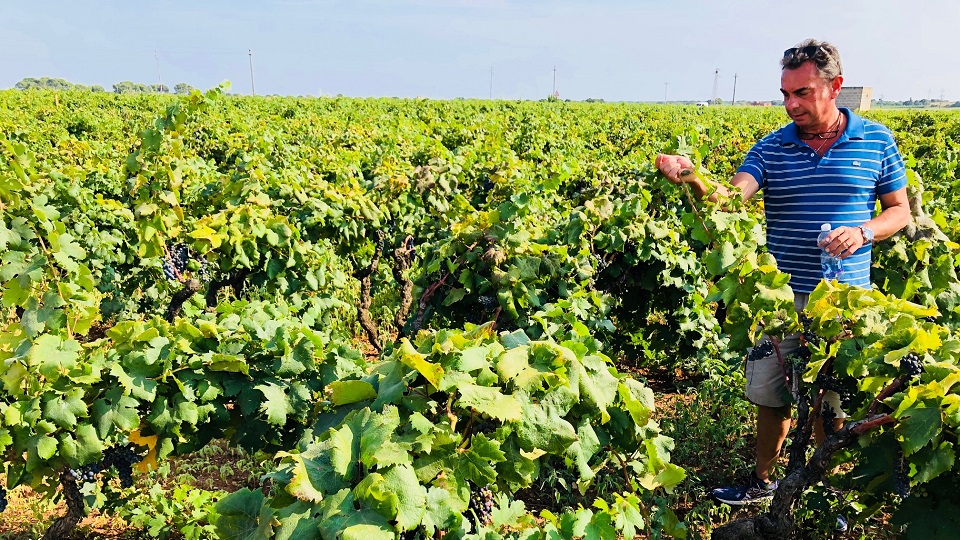 The Grapes and the Wines

Puglia is mostly a red grape region: it’s the land of Primitivo (better known as Zinfandel in the United States and Tribidrag in Croatia), Negroamaro and Uva di Troia (also called Nero di Troia, but the variety’s official name is the former). And even though these three grapes inhabit the same small geographic area of Italy, each expresses very different scents and tastes, allowing the production of wines that differ greatly in their aromas, flavors and textural profiles. Primitivo ripens very early (in Puglia’s hot summers, it’s usually picked in mid-August) and its wines feature flavors of ripe red cherry and tobacco, with little in the way of tannic clout. Negroamaro offers herbs, red and blue fruit, licorice and tar, plus a curious note of shoe polish that is very characteristic of its wines. Last but not least, Uva di Troia gives the lightest wines of the three: medium-bodied, very refined beauties that are quite unlike the much richer, fleshier Primitivos and Negroamaros. But Puglia is also home to other grape varieties whose high quality has only been recently recognized; these cultivars have become the source of monovariety wines only in the last decade or so. The list includes red grapes Susumaniello, Bombino Nero, the two different Malvasia Neras (di Brindisi and di Lecce) and Ottavianello (better known as Cinsault), while the white grapes are Bianco d’Alessano, Bombino Bianco, Minutolo, Moscato Bianco and Verdeca. The last of these varieties offers a clear sign of how times have changed for Puglia’s wines. Verdeca was once mostly used to make Vermouth, but today it is the source of many juicy, fresh whites that marry well with the region’s seafood cuisine.

Basilicata is the home of Aglianico, and Aglianico del Vulture (the most important Basilicata wine made with Aglianico) is potentially one of Italy’s best red wines. Campania is the only other Italian region where Aglianico is so prevalent. The other most important grape of Basilicata is the local Malvasia Bianca di Basilicata, though Primitivo has been planted in the southeastern part of the region around Matera (not surprisingly, it’s close to Puglia). The well-known Cirò, made with Gaglioppo, has long been the most famous wine of Calabria, although given the many coarse, rustic examples of yesteryear, one wonders why that was. Happily, Cirò has never been better than it is today. But Calabria boasts other interesting grapes, notably Greco Bianco (a different variety from Campania’ Greco; don’t confuse them, because the wines could not be more different) and Magliocco Dolce, a high-quality red cultivar that gives steely, ageworthy wines.

Last but not least, Sardinia is one of the most exciting wine regions in Italy (please see my past reports on Sardinia, including Sardinia’s Wines: High Quality, Low Visibility, March 2018). The island boasts an almost endless number of extremely high-quality white and red varieties, including Semidano, Nuragus, Nasco, Vernaccia di Oristano and Malvasia di Sardegna among the whites, and Bovale Sardo, Monica, Cagnulari, Cannonau (a Sardinian biotype of Grenache), Nieddera, Carignano, and Girò in the red department. International grape varieties grow in Southern Italy too, but for the most part they are of minor importance in all these regions, which is a good thing. Honesty demands acknowledgment that the majority of Southern Italian wines made with the likes of Cabernet Sauvignon, Merlot and Chardonnay are – with a handful of exceptions (and I do mean exactly a handful) – poor at best and downright undrinkable at worst. Anyone who says or writes otherwise simply does not know what he or she is talking about. The world doesn’t need more bad, cheap Cabernet, Merlot or Chardonnay (and not just from Southern Italy, in fairness). 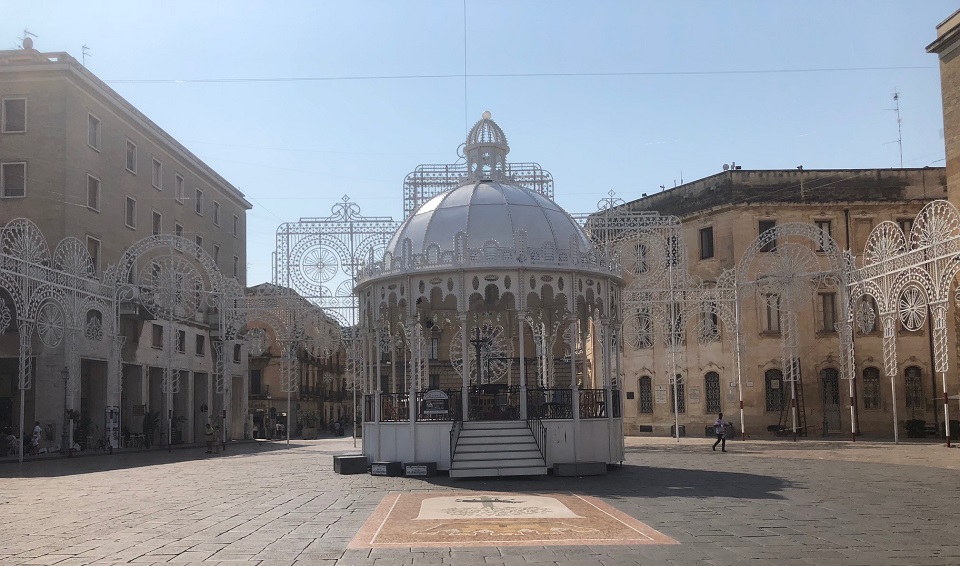 Lecce is one of Italy's Baroque jewels

The Good and the Bad

As always in life, when it comes to Southern Italy, there is both good and bad news. Certainly, there’s a lot to like about Southern Italian wines. For one, this part of Italy really does offer something for everyone. From fresh, lively wines to reasonably oaked, more structured efforts, from crisp dry wines to luscious sweet ones, Italy’s south presents wine lovers with an embarrassment of riches. You simply cannot go wrong in choosing, for example, a well-made Vermentino from a reputable producer in Sardinia, a luscious Primitivo from Puglia, or an austere and ageworthy Aglianico del Vulture from Basilicata. It’s also worth knowing that Puglia makes some of Italy’s best Rosato wines, though in a darker, fleshier style than the ultra-pale, ultra-popular Rosés made famous in Provence. Even better, given the quality of many wines, most offer tremendous value, a veritable wine-buying nirvana for the savvy enthusiast. Furthermore, a new generation is slowly starting to take over and run their family estates; as these individuals are usually endowed with greater technical know-how than their ancestors, and more inclined to implement lower yields in the vineyards and greater hygiene and better-quality oak barrels in the cellar, it is no surprise that Southern Italy’s wines have generally improved immensely over the last 40 years.

The bad news? For one, the average quality of wines lags far behind that of Piedmont, Alto Adige or Friuli Venezia Giulia. There are still far too many poorly made wines in Southern Italy, most often the result of faulty viticulture and winemaking. The use of overripe grapes, excessively high levels of volatile acidity, off odors, and/or horrible oak (and too much of it) are just some of the problems that plague the area’s less successful wines. Another big problem, one that Italy stubbornly refuses to come to grips with, is that of poorly managed (if not downright mismanaged) denominations and their wines. In fairness, this is common to all of Italy, but it cannot be swept under the carpet, as many politicians would like to do, that in 2017, Puglia’s best Primitivo di Manduria producer, Gianfranco Fino, chose to remove his wines from what should be a prestigious DOC (Denominazione di Origine Controllata), preferring to sell them under the name of the Salento IGT (Indicazione Geografica Tipica). Fino made this move out of exasperation with the Primitivo di Manduria Consorzio, which he believes has failed to act upon all-important issues that have very negative repercussions on overall wine quality, such as a much-too-large production zone, or the bottling of Primitivo di Manduria wines outside the production zone (something no serious, quality-oriented denomination should ever allow). 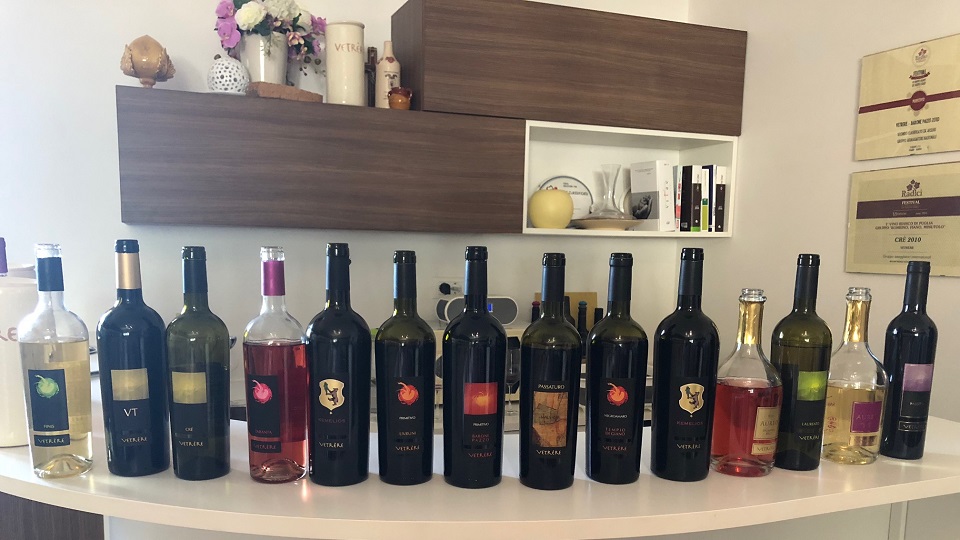 It is likely that estates in Sardinia will remember the 2018 vintage as one of the strangest and toughest of recent times. Huge amounts of rain and even hail began falling all over the island starting in the second half of August, and the rain basically never let up. As it rained more or less frequently during harvest time, disease pressure was inordinately high, and both rot and peronospora were real problems. The most successful wines will be the easygoing, refreshing reds made with the likes of Monica and Carignano, while those from varieties usually associated with more ageworthy wines, such as Cannonau, will prove less memorable (Bovale Sardo performed better thanks to its thicker skin). The 2018 Sardinian white wines are generally fresh and enjoyable, full of early appeal; they all have less fat and lower alcohol content, and are for the most part some of the more graceful wines made in the last few years. Even-numbered years have recently been quite difficult in Puglia, and unfortunately, it is no different with the 2018 vintage. After a fairly wet and miserable 2014 (2016 was only slightly better), 2018 also posed problems for winegrowers throughout the region. While in 2016 it started raining at the beginning of September, necessitating a rush to harvest, in 2018 the rain fell all the way through the harvest period, forcing estates to pick waterlogged and all-too-often damaged grapes. By contrast, odd years have proved very positive, and 2019 looks like it will be the best Puglia vintage in some time (for the reds, at least). Unlike Puglia and Sardinia, no complaints were heard about the 2018 weather in Basilicata; quite the contrary, actually. In fact, 2018 was an outstanding year throughout the region, and it followed on the heels of a very good 2017 vintage. Characterized by both high grape quality and generous yields (Basilicata’s production volumes were generally 15% higher than in 2017), it looks to be a very promising year for the region’s white and red wines. The 2018 reds are blessed with fine acidity and elegance, and will likely prove very ageworthy. Readers should note that 2017 was also a good year for red wines in Basilicata: thanks to a relatively cool mesoclimate and long growing season, it was not especially hot on the Vulture, unlike in the rest of Italy. The 2018 vintage was also very good in Calabria, where overall wine production was up 15% over the more difficult, too-hot 2017 vintage. Budbreak started earlier than usual, and the grapes (especially the white ones) needed to be harvested earlier than usual, but for the most part, the wines are fresh and precise. It’s undoubtedly a better year for red wines, with both Magliocco Dolce and Gaglioppo performing well, accumulating noteworthy sugar levels and allowing for the production of structured, ageworthy wines.

Abruzzo and Molise: Another Brick in the Wall, Ian D'Agata, September 2019