Benito Ferrara is one of Italy’s best white wine producers. Ferrara’s most famous wine, the Greco di Tufo Vigna Cicogna, is an Italian icon. Ferrara founded the estate in 1991. That year, he began to estate bottle; up until then, his father Nunziante sold all the wine in bulk. Today, the estate produces about 50,000 bottles a year, of which 14,000 are Vigna Cicogna. The winery is run by Benito’s daughter, Gabriella Ferrara, along with her husband, Sergio, who acts as the estate viticulturalist. The winemaking consultant is Paolo Caciorgna, whom I consider to be one of Italy’s two or three biggest enological white wine talents. 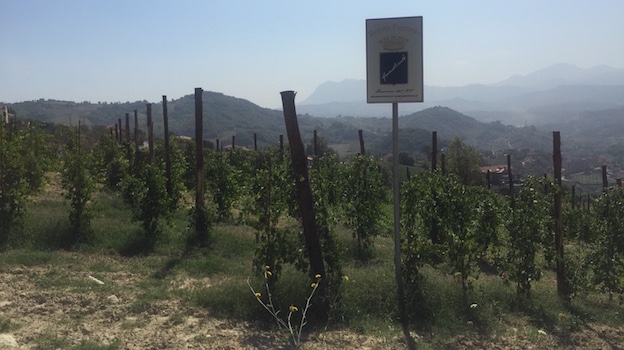 The estate now owns a total of 13 hectares (a little more than 32 acres) of vineyards, including the recent acquisitions. Nine hectares (22.2 acres) are located in Tufo and four in Montemiletto, where the Aglianico grapes are grown. Ferrara’s Greco vines, instead, are located in the Santa Paolina district of Tufo, rightly considered the Grand Cru for Greco di Tufo. The Vigna Cicogna vineyard is roughly three hectares (7.4 acres) large. It is located on a slope ranging from 410 to 480 meters (1,345-1,574.8 feet) above sea level. Interestingly, the highest part of the vineyard has been recently replanted. It is now made up of vines that are only 5-6 years old, while the lower section of the Vigna Cicogna is characterized by 20-50 year old vines. The fully south-facing site is dry and breezy, which results in a generally low disease pressure vineyard (except in especially difficult years such as 2014). Vigna Cicogna’s soil is clay-calcareous with high sulfur content. Sulfur rocks are strewn everywhere in the vineyard. The soil’s color is visible on the yellow side, and very different from the much darker soils just across the hill (where the town of Altavilla Irpinia is located), an area also within the Greco di Tufo production zone but that was once better known for its hazelnuts. 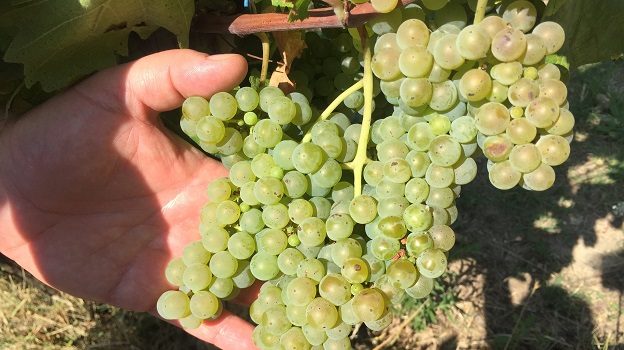 The vineyard’s cute name (cicogna is stork in English, so Vigna Cicogna is the “vineyard of the storks”) has a humorous origin. The Sabato river runs near Tufo, and herons used to live there. One day after a flood many decades ago, the herons moved into the vineyard and, finding it to their liking, nested there. Gabriella’s other grandfather, Luigi, clearly in no danger of ever being awarded an honorary ornithologist’s degree, didn’t know the difference between herons and storks, and therefore baptized the vineyard with the wrong but perhaps prettier bird namesake. 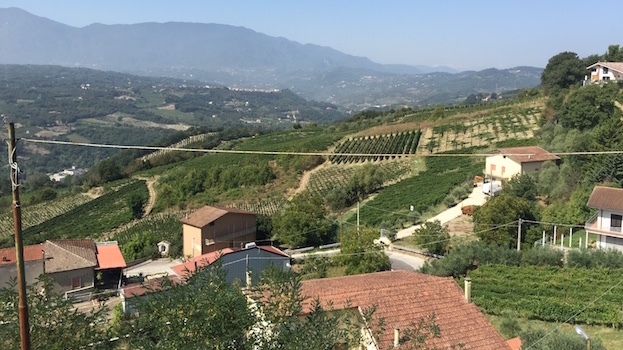 The first vintage of Vigna Cicogna dates back to 1995, when a separate lot of Greco turned out to be so much better than the others. Ferrara decided to bottle it on its own. In 1997, the wine was labeled as a Riserva, and finally gained its definitive name of Vigna Cicogna in 1998. Starting with the 2015 vintage, the wine's name is simply Cicogna, instead of Vigna Cicogna. Some bottles of the 2015 vintage still carry the old name, but these labels are being phased out. 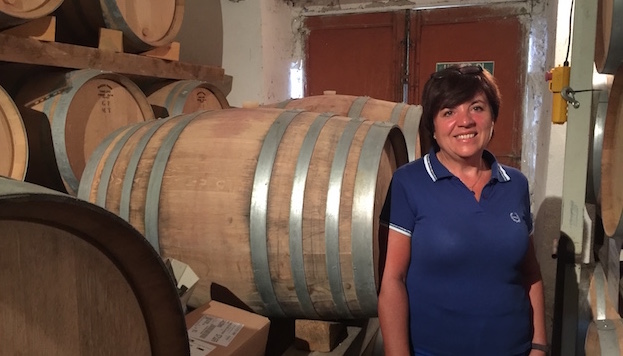 Gabriella Ferrara in the winery cellar

The grapes are picked in the first ten days of October (depending on the vintage). Winemaking is  hyper-reductive, with use of dry ice used in an effort to completely avoid any possible oxidation of the must. The must is pumped immediately in temperature-controlled steel tanks until fermentation is complete. Aging also occurs in steel tanks. Usually, the wine remains seven months on its lees with regular batonnage. Generally, the wine does not undergo malolactic transformation. This explains Vigna Cicogna’s often bright apple-y character. It’s very hard to get Greco wines to undergo malolactic fermentation because the total acidity is quite high, and the bacteria dies off. Not surprisingly then, Vigna Cicogna is characterized by generally high total acidities (in some vintages as high as 7.5 g/L, with pHs in the range of 3-3.3).

Benito Ferrara’s Greco di Tufo Vigna Cicogna is perhaps the most elegant Greco di Tufo wine made in Italy today. Though it has the tannic power typical of Greco wines, it has a light on its feet quality, a dainty minerality and a lemony freshness that are not commonly found in other Greco di Tufo wines.