So many of Tuscany’s most famous wines achieved their vaunted status by accident. That is the case with San Guido’s Sassicaia, which for several decades was made solely for the Incisa della Rocchetta family’s home consumption. In 1978, Piero Antinori had more Cabernet Sauvignon than he needed for his Tignanello, so he bottled it separately. That wine became Solaia. Masseto was an experimental wine when it was first produced in 1986 as Il Merlot dell’Ornellaia. What about San Giusto a Rentennano’s Merlot La Ricolma? Well, it turns out La Ricolma has a pretty interesting story too. This complete vertical of La Ricolma was the first ever complete retrospective ever held at the estate. 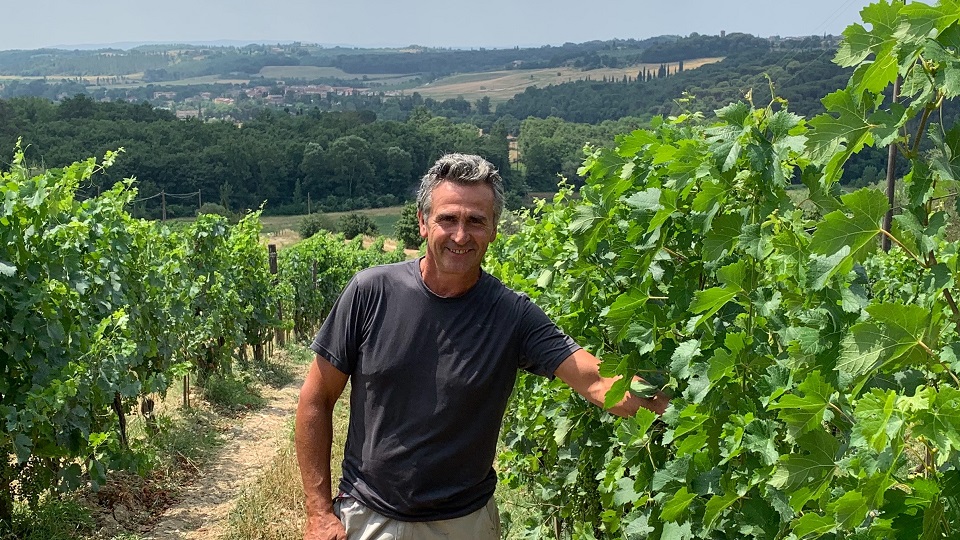 San Giusto a Rentennano and the Martini di Cigalas trace their roots back several centuries, all the way back to Medieval Tuscany. The property is located in the Monti district of Gaiole, which borders Castelnuovo Berardenga in the southern reaches of Chianti Classico, just a few kilometers from Siena. The estate was a Cistercian monastery in the 11th century before it was acquired by the Ricasolis, owners of Brolio and one of the most important families in Tuscany to this day. The Ricasolis fortified the property, which marked part of the border separating Florence from Siena, during the War of the Ghibellines. Quite remarkably, some of those ancient battlements are still standing. 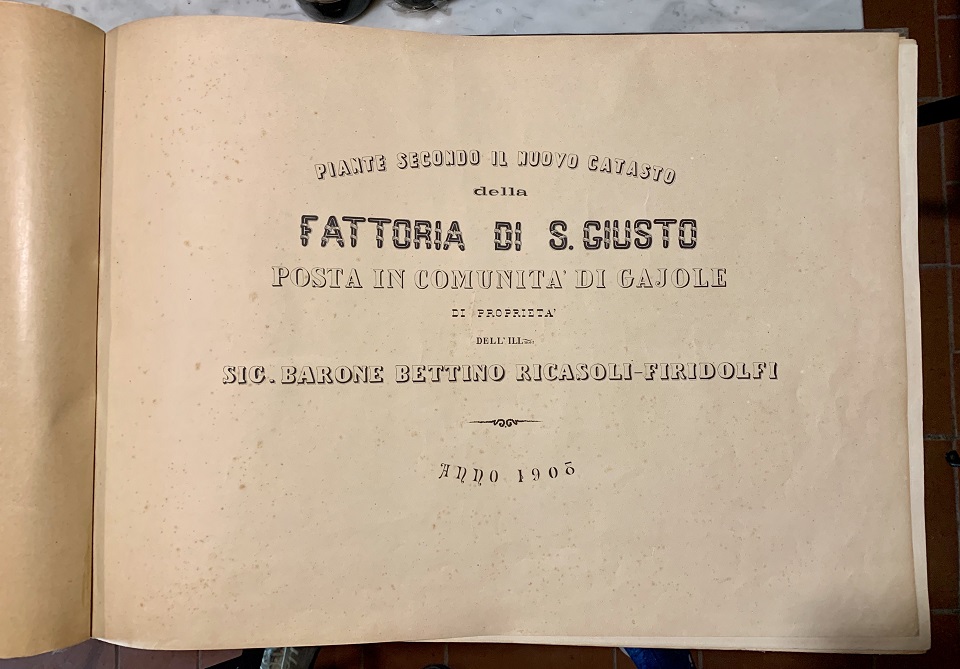 This 1905 book contains detailed maps of a number of the Ricasoli-Firidolfi family’s agricultural holdings.

Between the late 1600s and 1800s San Giusto was sold and then passed through the ownership of two families before the Ricasolis bought it back at the end of the 1800s. At the time, San Giusto was one of many small estates run through a sharecropping arrangement that was common at the time and cultivated a wide range of crops. In 1901, the Ricasolis completed work on the buildings that currently house the office and winery. During this time, the Ricasolis started making their own wine, which they sold both in bulk and in bottle, using a label with both the Ricasoli and San Giusto a Rentennano names.

In 1914, Elisabetta Ricasoli married Enrico Martini di Cigala, who was originally from Torino, opening a new chapter in the estate’s history. Production of wine continued uninterrrupted until World War II. The couple’s son, also named Enrico, subsequently ran the estate from the 1950s through the 1970s. During this time, San Giusto started making wine again, but sold it in bulk. San Giusto a Rentennano in its current form was born in the late 1970s, when Enrico’s (the latter’s) children took over the estate. Shortly thereafter, in the early 1980s, San Giusto released their first wines, the 1981 Chianti Classico and 1978 Chianti Classico Riserva. Today, the winery is operated by siblings Anna, Lucia, Elisabetta, Francesco, Alessandro and Luca Martini di Cigala. 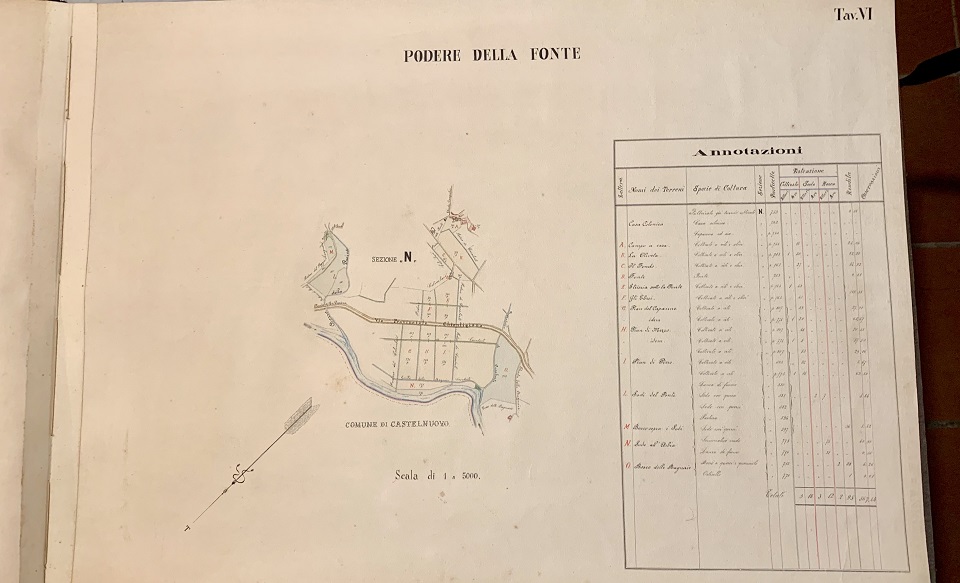 Podere La Fonte is one of twenty micro-estates that once comprised the larger San Giusto a Rentennano when the land was tended by families that sharecropped the land, giving half of the crop to the owner and keeping the other half for themselves. The Ricolma vineyard, as depicted on the wine’s label, can be seen at the top of the image.

No Guts, No Glory

The history of La Ricolma can basically be divided into two eras: 1991 to 2002 and then 2003 to the present day, with 2004 as the first vintage in which La Ricolma starts to become a stratospheric wine. It was in the early 2000s that San Giusto refined their approach with the ultimate goal of extending the growing season as late as possible, a risky endeavor because the chances of inclement weather increase as the growing season moves into fall. 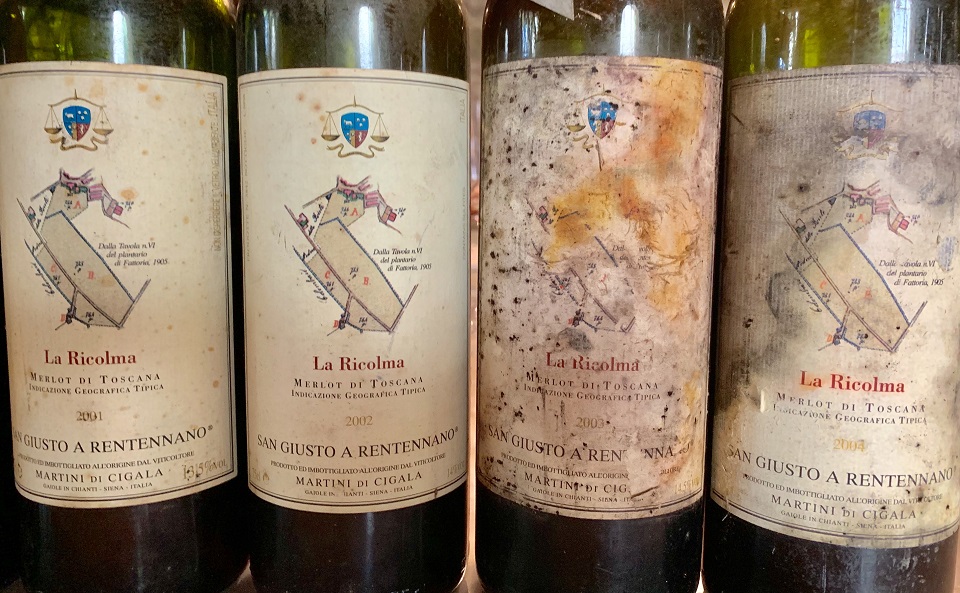 The Ricolma label takes its inspiration from a mapping of the family’s holdings done in 1905, as seen above.

San Giusto planted the first 1,000 Merlot vines in 1991 to give more weight and richness to their Chianti Classico, a practice that was common at the time. The Merlot was planted in a well-exposed, high-altitude, mostly south-facing site. “Today, I would never plant Merlot here, but you know, making Merlot to be part of a blend as opposed to as a stand-alone wine is totally a different thing,” Luca Martini di Cigala told me as we walked through the original vineyard. “When you farm Merlot to be in a blend, you want it to be rich. Whether you pick it a bit earlier or a bit later doesn’t really matter that much. Instead, when you make a pure Merlot, you have to know how to slow down the ripening, how to create the conditions that favor a long vegetative cycle.” In the end, the Martini di Cigalas did not like what Merlot brought to their Chianti Classico, so, ironically, Merlot was never blended into the Chianti Classico. Instead, it was bottled on its own, starting with the 1993 vintage. And that is how La Ricolma was born.

Subsequent Merlot plantings were done in lower-lying slopes, where there is more humidity because of the proximity to the Arbia River, and also wider diurnal shifts. The terrain is the same galestro-alberese mix typical of Chianti Classico, but here San Giusto opted for spurred cordon training, which naturally encourages less vigorous production, all cornerstones that Luca Martini di Cigala believes are better suited to Merlot. Today, the Merlot is spread across five sites, planted in 1991, 1997, 2001, 2004 and 2006, with a variety of exposures, all planted with Clone 181. 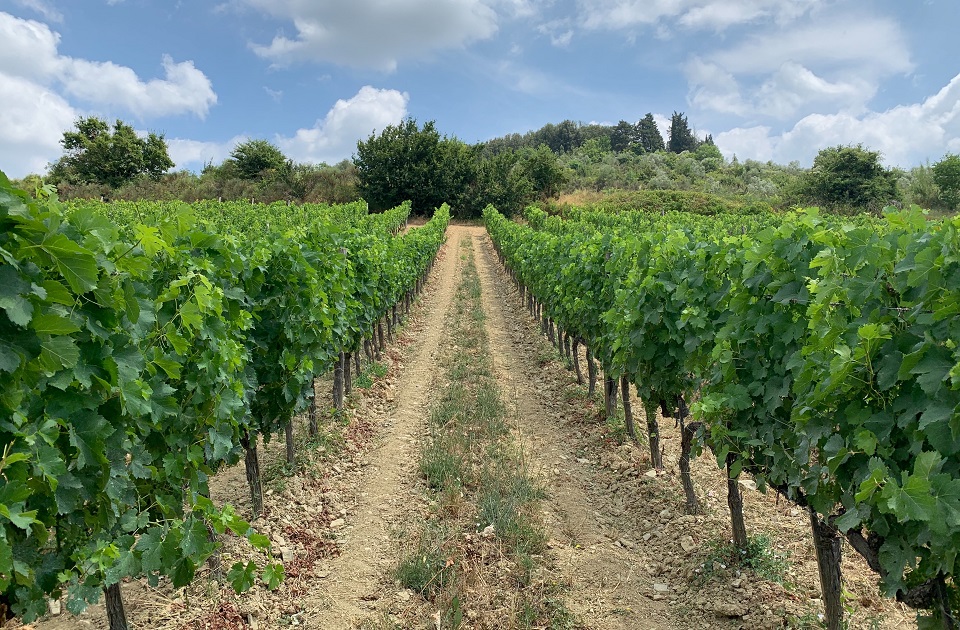 This vineyard was planted in 2001 and sits close to the Arbia River, in a micro-climate that is ideally suited to Merlot.

“In 2003 we started working to extend the vegetative cycle,” Luca Martini di Cigala continues. “Of course, the hot, torrid summer did not help us, but 2003 is the vintage we started to put things in place. Some of the things we do with Merlot that we don’t do with Sangiovese include an approach centered on a few principles. We prune as late as possible where we have spurred cordon vineyards and then clean the buds late in order to make the vines expend a lot of energy in June and delay the onset of ripening. We green harvest only after veraison is completely finished to keep alcohols in check and even with phenolic ripeness, whereas with Sangiovese, we green harvest both before and after veraison. Lastly, we do not de-leaf, as we do with Sangiovese (only on the east-facing side), except for the last plant of every row, which is always more productive because it is not competing for nutrients with an adjacent vine.”

In the cellar, the approach has not changed much over the years. La Ricolma is aged in French oak barrels, about 40% new, the rest once and twice-used oak, where it spends 22-23 months before bottling. Most of the changes have really taken place in the vineyard, which is a reminder of where it all starts (and ends) with high quality wines. As readers will see from the accompanying tasting notes and recent reviews, San Giusto is at the top of their game today. These are truly special wines from a family with centuries-long connection to their land. 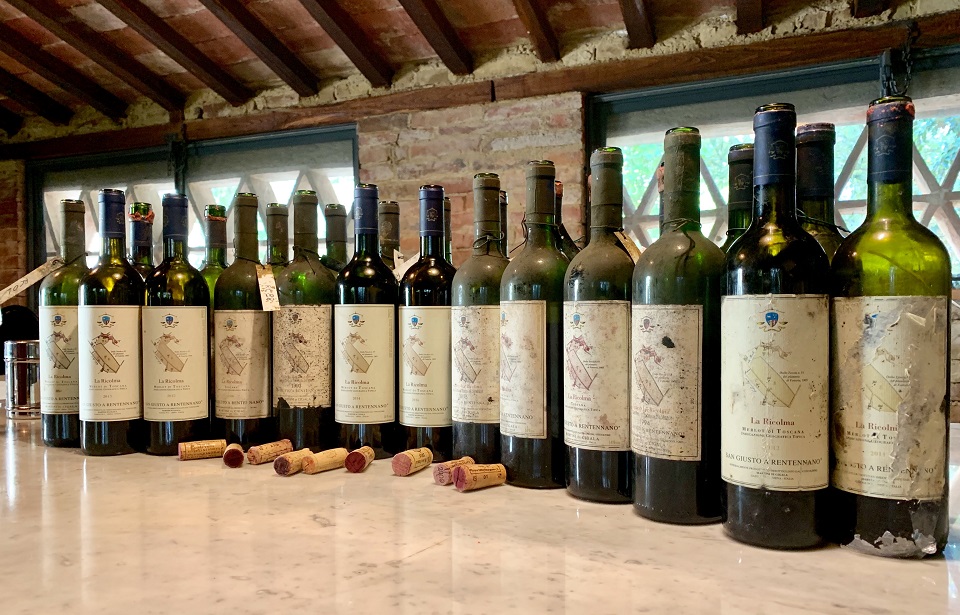 A complete retrospective of La Ricolma.

One of the great privileges of my job is having the opportunity to taste at many top estates around the world. Although in my mind wine is never a competition (i.e. I don’t think of one wine or producer as being ‘better’ than another), there is no doubt that today San Giusto a Rentennano sits comfortably alongside the best artisan estates anywhere and that La Ricolma is among the world’s most pedigreed wines.