Every once in a while, when visiting a specific wine region, I taste so many good bottles that I find myself thinking I might just turn in my author’s pen and start making wine (clearly, such dangerous thoughts last only a second or two before I come back to my senses). Most recently, this happened during my tastings of the 2012 Brunellos, when I tried one delicious example after another. Even more impressive, the 2012 vintage for Brunello stands out for its consistently high quality. I found more good to outstanding examples than in any past vintage and far fewer unfocused, unbalanced and high-alcohol wines. 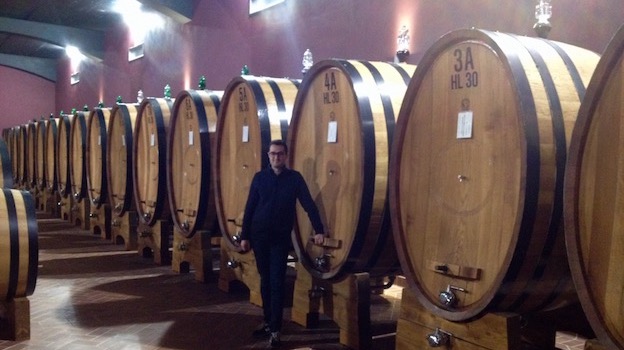 The News Is Practically All Good in 2012 Brunello

The 2012 Brunellos are characterized by impeccable balance, vibrant acidity and fine-grained tannins. They are not especially luscious or fleshy, but they are blessed with precise aromas and flavors of mainly red fruits, blood orange and minerals, and will prove very ageworthy. For the most part, the wines are also lower in alcohol than the 2011s are. In ultimate analysis, the 2012 Brunellos might best be viewed as sharing some of the same qualities offered by the 2006 (but with a less overbearing tannic structure) and the 2008 Brunellos (but with higher alcohol), although a few producers I spoke with believe that the 2012s are most reminiscent of the very fine 2004s (for my part, I think the 2012s are less powerful and tannic). The new set of releases is a much better better-balanced and more fruit-driven crop of wines than the 2011s. This superiority is further demonstrated by the fact that many more estates plan to produce Riserva bottlings from vintage 2012 than they did in 2011.

The most interesting aspect of the 2012 Brunellos is that they convey a cool-climate personality while in fact the vintage was characterized by anything but cool weather. A difficult growing season, 2012 was not just hot but also very dry. In the northern Montalcino sector of Pelagrilli and in the central-southwest section of Tavarnelle it didn’t rain practically from the end of April to the end of August. Other sections of Montalcino benefited from slightly more rain, but just barely. Unlike in 2011, however, the heat and drought started early in 2012, which enabled the vines to adapt, and so the grapes didn’t bake or overripen as they did the preceding summer when the scorching heatwave hit very hard and suddenly. Consequently, the grape bunches and berries were small in 2012 (on average, the berries weighed 1.2 grams instead of the more usual 1.6 to 1.8), and the crop was the lowest in a decade.

Clearly, this naturally occurring yield reduction played an important role in the genesis of the many successful Brunellos I tasted even from those estates that are not exactly known for their high EEE values (Elbow Energy Expenditure: my term) in the vineyards. In fact, 2012 production volumes were consistently down by 15% to 30% in Montalcino. In order to protect their fruit against the effects of heat and drought, most estates avoided de-leafing and reduced grape thinning. Others harvested roughly a week earlier than usual, and still others picked their fruit in two or three different batches—or more—in order to begin with blends of grapes that offered a range of total acidity and phenolic ripeness levels. Rain finally arrived on August 30, and again on September 4 and 5, with the latter precipitation of paramount importance in saving the vintage. 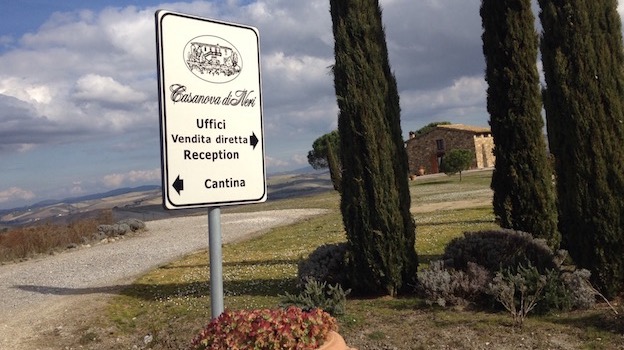 The end result in 2012 is a bevy of refined, classic Brunellos that will repay cellaring. Unlike in 2011, when the northern, cooler and highest sections of the Montalcino production zone fared best, quality was more consistent throughout Montalcino in 2012. Clearly, truly low-lying vineyards and the southern section of Montalcino were also at a disadvantage in 2012, and they were even worse off when planted with young vines. Not surprisingly, older vines fared better in the drought conditions of 2012, as they are equipped with more extensive root systems that can reach deep for water. For the most part, 2012’s less successful Brunellos are marred by green, unripe polyphenols or excessive alcohol levels. Some wines also display an intrusive savory quality due to the lowering of the water table, which led to wines marked by saline (not mineral) notes that may not be for everyone. However, as I stated at the outset, the 2012 vintage is a very good to outstanding one in Montalcino. No, I don’t believe it is a year that will be remembered for 98- and 99-point wines but it is without question a source of excellent, well-balanced wines, many of which are youthfully tight. These latter wines are also quite likely to expand in bottle and to show the complexity that they only hint at today. For this reason, I have made more extensive use of + marks following my scores than in many past years. In ultimate analysis, if you liked the 2004s and 2006 Brunellos, two other mostly outstanding vintages, you will most likely be very happy with the 2012s as well.

With few exceptions (Biondi-Santi or Poggio di Sotto, for example), Brunello Riserva wines are not all they are cracked up to be, as the long time they spend in wood (36 months or more at some estates) tends to dry out their fruit. It was no different in 2011. Moreover, in 2011 the very ripe, low-acid grapes had a natural tendency to make wines that will evolve faster than usual. Most of the 2011 Brunello Riservas I tasted this year are light and orange-tinged in color (paler than many 2012s, in fact) and show rather soft, diffuse aromas and flavors. Many are marred by gritty tannins. That said, some outstanding 2011 Brunello Riservas were made. Readers should seek out those that are recommended in this report.

I tasted all the wines in this report in January and February of 2017 during my annual winery visits in Montalcino and in tastings in Rome.